Mondawmin Mall: Stuck in the Suburbs 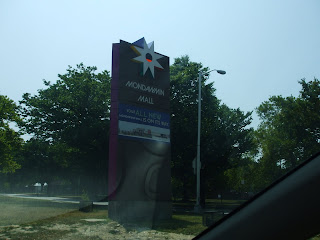 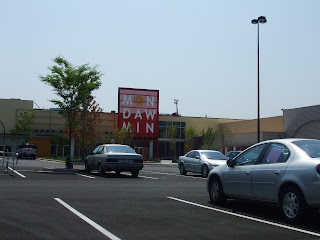 General Growth is planning a $70 million renovation to one of America's first suburban shopping malls in a big city. 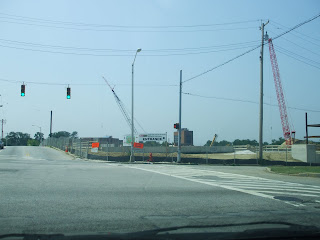 Mondawmin Mall opened in 1956 in Northwest Baltimore to a rapidly changing Baltimore both racially and economically. Mondawmin Mall mimicked suburbia almost from the get go with surface level parking spaces and wide pedestrian unfriendly roads that seperate the mall from the communities it serves. Sears was the mall's only anchor. Like I said earlier Urban America was begining to crumble and in 1973 Sears closed its doors. Whether the Sears space was demolished or turned into additional mall space I have no idea but that was a big blow for Mondawmin and the communities it serves. Rouse did a modest renovation to the mall in 1981 but the biggest boost was the Metro Subway Station that opened in 1983. 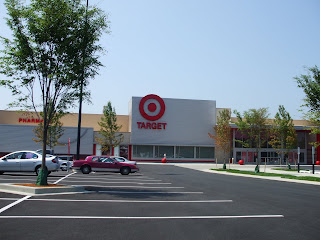 As more the subway expanded in length (from Owings Mills to Johns Hopkins) more foot traffic past by the mall. The subway is also a transfer point to for bus riders making Mondawmin even more visible. As far as attracting another department store anchor to replace Sears that proved to be a difficult sell. Non traditional mall tenants began to show up and that actually boosted foot traffic more so than one would think. I write for Dead Malls.com on occasion and when non traditional tenants show up that signals the death of a mall. Mondawmin prooved to be the exception to the rule. The MVA opened a branch on a pad lot near Tioga Parkway. In the mall non traditional tenants include Social Services, Total Health Care, U.S. Army Recruiting Station, a rehab center, a parole center, and a Bail Bonds Center. These are vital community resources that add foot traffic to the more traditional mall tenants. They include Rainbow, New York & Company, Radio Shack, Ashley Stewart Woman, and Foot Locker. 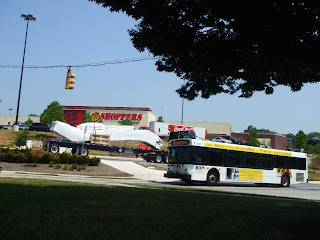 With the exception of the 1981 renovation Rouse barely touched this mall. With General Growth as the new owners they are bringing in the in the big guns. Food Fare, was demolished to make way for a new Shoppers Food Warehouse, Target, and Marshalls. Two sit down restaurants are in the works as well. The mall will receive a complete makeover with new floors , lighting, and exterior facade. All this investment would be great for a suburban mall but we're in the city and Mondawmin, General Growth and the City need to realize this. 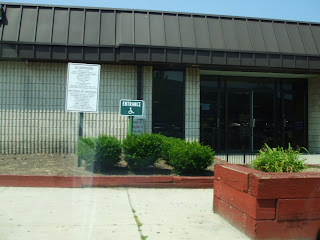 What's I'm proposing is a comprehensive Master Plan that includes Mondawmin Mall, Mondawmin, Liberty Square, Burleigh-Leighton, and Parkview Woodbrook. The new big box stores would remain intact and would have frontage to Liberty Heights Avenue and the subway stop. The mall would be transformed from an indoor complex to an outdoor lifestyle center not unlike what was done at Hunt Valley Mall. There would be a small surface lot just inside Liberty Heights Avenue but almost all parking for the mall and everything else I'm proposing would be underground. The mall has a huge surface parking lot that is dead real estate. The lots facing Gwynns Falls and Tioga Parkways would be developed into condos or apartments with ground floor retail. Warwick Avenue would be extended north of Gwynns Falls Parkway and cut through the new development and meet Liberty Heights Avenue. Speaking of Gwynns Falls and Tioga Parkways they're too wide for the urban development I'm proposing. Both roads would be narrowed and integrated into the neighborhoods that surround through sidewalks, crosswalks, and bike lanes. 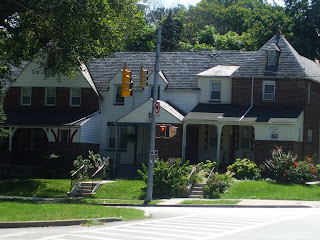 The neighborhoods surrounding Mondawmin Mall will instantly transformed be into sought after real estate gold. It's already happening whether anyone knows it or not. The neighborhood of Mondawmin has a healthy neighborhoods initiative that will give home owners low interest loans to renovate their homes and it's being taken advantage of. In the neighborhoods surrounding Mondawmin Mall the housing stock needs work but it doesn't need to be demolished and redeveloped. Slowly renovating row homes takes more time than tearing and rebuilding but housing stock should be saved whenever necessary. Healthy neighborhoods should be extended into Parkview Woodbrook and Burleigh Leighton to aid in their transformation. In these neighborhoods there is ample land for additional development that will be of a higher density than its older cohort but it since it's near the Mondawmin Metro Stop it will pay off. 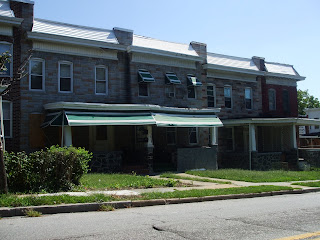 After World War II during the flight to the suburbs, like most American cities tried itself to suburbanize. This can not be more true for Mondawmin Mall. But with new high density urban investment and development in almost all areas surrounding it would be detrimental for Mondawmin Mall to remain stuck in the suburbs.
Posted by Spence Lean at 3:08 PM

so what do you think about the target that is being completed?

I think it's a great addition to the community and wish them the best of luck. I think the massive surface parking lot should be developed with shoppes, offices, and residences to complement the mall and metro line. I think the addition of the three anchor tenants is great.

At one time there was an RFP for a site in Penn North off of Pennsylvania Avenue for TOD. When the real estate market comes back do you see this being even more valuable real estate considering the redevelopment of Mondawmin?

Absolutely, I think Penn North is ready for new devlopement of any kind with or without the help of Mondawmin. The site you're speaking of just happens to have transit running through it so TOD is the way to go. In the 1990s Penn North had two successful new developments which helped stabilize the neighborhood. Penn North will have its day in the sun. You could buy an old row home there now, rehab it and wait for the market to turn back around and make double what you put in to it.