They say every cloud has a silver lining, that after every tragedy something good comes from it. Land on Northern Parkway west of I-83 is tragically underutilized but something good can come from it, redevelopment and a transit line; the Silver Line.

Northern Parkway was built in the earlier part of the 20th century before interstates to accommodate the automobile, the declining streetcars, and the increasingly suburban nature of north Baltimore. Today Northern Parkway is a four to six lane thoroughfare that runs east west from Belair Road to Liberty Heights Avenue. East of I-83 Northern Parkway isn't much of an issue, the neighborhoods although suburban are generally clean, relatively low crime and vacancy rates, and low poverty rates.

Now lets talk benefits of the Silver Line. West of I-83 Northern Parkway may eventually have a lot to offer. The road itself will be narrowed to 2 lanes in each direction with on street parking, sidewalks furniture plantings, additional lighting, and updated traffic signals. Mt. Washington basically turns it back on Northern Parkway with a thick forest separating the two. Well not anymore, new high density mixed use development with apartments, condos, and offices all with ground floor retail will replace the trees from I-83 to Reisterstown Road. Pimlico Middle, which closed last year will be torn and redeveloped in the process. Further down Northern Parkway the aging Seton Business Park will redeveloped as a high density 21st century office park. Across the street from the Seton Business Park is Grove Park and another large swath of trees. I bet you can't guess how I'd develop it huh? Well you're right another mixed use TOD development.

Once the Silver Line parts from Northern Parkway the benefits will be more limited because the neighborhoods aren't as blighted and land isn't available for development. One benefit may include better retail selections for residents like sit down restaurants and high quality grocery stores. Residents have been waiting many years for these services and haven't gotten them yet.

Now it has been said that every cloud has a silver lining but I don't think they were talking about rail transit and the development that follows. Now Here's your Silver Line. 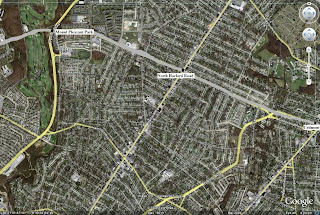 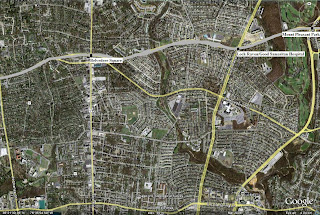 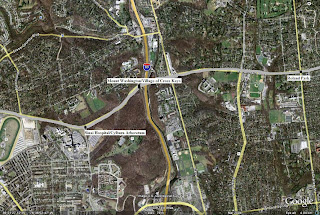 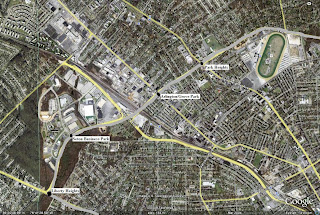 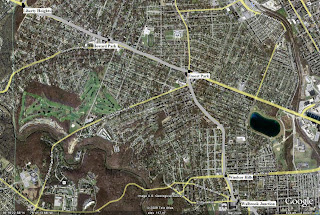 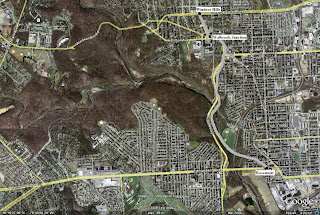