Neighborhoods of Greater Forest Park: All About The Retail and Rentals 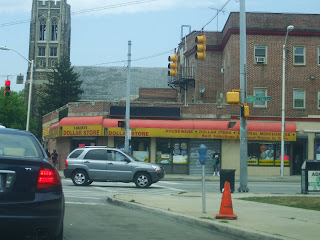 As I've said in previous posts a Neighborhood is only as strong as the retail that serves it. It least that's the outsider, the passer by or quite possibly the potential home buyer may think to themselves. Which brings me to Forest Park, a cluster of neighborhoods with plush park lands, beautifully maintained Single Family Homes without inflated price tags, a Golf Course, Lake Asburton, and Historic Dickeyville. It also holds the title of being an African American Neighborhood with a large middle class and upper middle class population, something that's rare in Baltimore. When one travels down Liberty Heights Avenue and Garrison Boulevard he/she will think they're in a poor neighborhood Why? Because the retail that they see is what is found in poor African American Neighborhoods and it's kept up as such. It's almost insulting to Forest Park residents that because they're African American "stereo type retail" has dominated their neighborhood. True, the retail there is used but that doesn't mean retail that supports the entire population can't fit in as well, after all there are plenty of vacant storefronts. 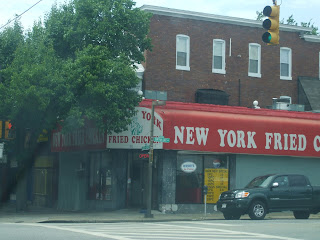 Forest Park has always had middle class routes, when it was built as a suburban Jewish enclave in the earlier half of the 20th century. It was more expensive than the row homes of Lower Park Heights but less expensive than the larger Single Family Homes of Upper Park Heights. Street cars had a very brief history here before it was made quite clear that the personal vehicle would be the dominate way of transportation for Forest Park. Although Forest Park had a suburban land scape its main streets were much more urban in nature than its counterparts built at the same time. There weren't miles of shopping centers with a sea of parking lots which had just become fashionable during that time frame. Forest Park's Main Streets were exactly that, Main Streets. 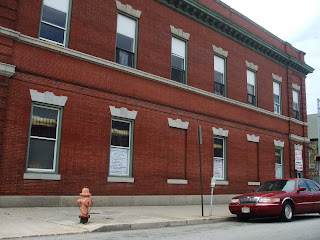 Forest Park's Racial turnover was not nearly as quickly and urgent as its neighbors, it was very gradual. White residents were much more accepting of their black neighbors than in other communities. It began in the late 1950s and spanned all the way into the mid 1970s. In Edmondson Village it made a complete racial turnover from 1960-1965 and Lower Park Heights from 1965-1970. Both of these neighborhoods have much larger and denser populations than Forest Park making the speed of their turn over that much more shocking. Those neighborhoods fell victim to blockbusting while Forest Park was less privy to it. As Forest Park became an all Black neighborhood its retail slowly began to shift. It remained a Middle Class neighborhood but still the retail dynamic began to shift downward. At the same time rental developments had begun aging and requiring more and more maintenance which land lords weren't providing. In 2001, Forest Park suffered its biggest blow to date with the closing of the Super Pride at Liberty Heights and Gwynn Oak Avenues leaving Forest Park without a Grocery Store. 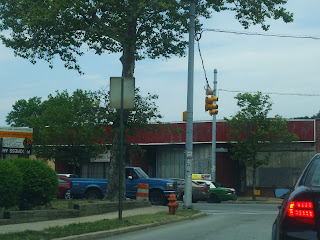 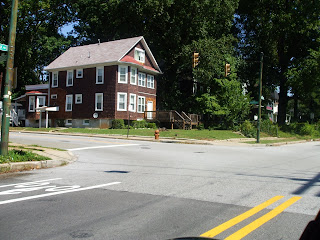 Now most of Forest Park is still middle class. These businesses don't cater to them. They tend cater to the rental developments that have deteriorated over the years. These developments have also scared off petential home buyers because they don't think the neighborhood is safe. 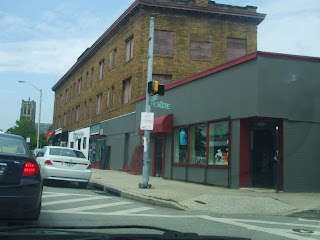 Many buildings along Liberty Heights are two to three stories tall with retail on the ground floor and the other floors vacant. This is where some of the larger businesses can go due to their need for large square footage. Still others can take over multiple units that are vacant. Others will find the perfect foot print without much construction. Now what everyone's been waiting for; the businesses I see fit for Forest Park. First of all I see Forest Park as a "Retail Destination" that draws from other neighborhoods including the County. 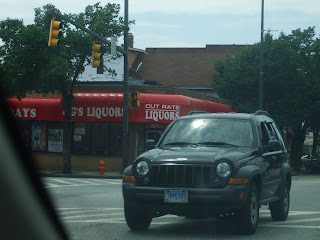 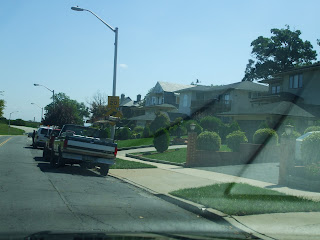 On the residential side there are many rental developments that need redevelopment to breathe new life into Forest Park and reenforce the safety of the neighborhood. 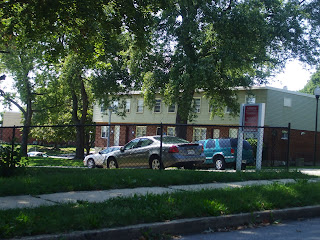 Well there you have it, a neighborhood's only as strong as its retail and Forest Park is due for a steroid injection.
Posted by Spence Lean at 11:14 PM

This most recent post brought back a lot of memories. I did my master's thesis on the decline of Forest Park. One of the things I recommended is to upgrade the retail in the area.

The Walgreens on Liberty Heights was a former movie theater that housed several marginal businesses. That theater was torn down round Spring 2000 as I was finishing my thesis.

There are a group of homes on Powhatan Road on the south side of Hanlon Park that were completed around the same time as the Walgreens. I wanted to buy one, but I was a poor grad student.

I'm glad you addressed this neighborhood! I just recently discovered it myself as I have a friend who lives in that area. This possibly ties Lower Park Hghts as the neighborhood I want to see revitalized the most. It honestly wouldnt take a lot of redevelopment - as you said, just get some good retail in there and get outsiders to not be afraid of the area and occupy the stock of enormous houses, most of which are in good condition.

I've also come to the conclusion that improving the retail and rental properties in Forest Park would be the keys to improving that community. Bravo for the excellent post!