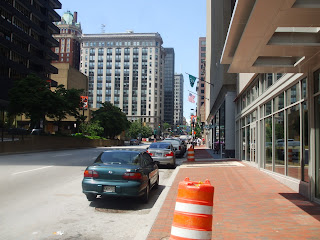 If you read past the protesters in Canton and Edmondson Village demanding their portion of the Red Line be tunneled. (I agree with both neighborhoods with Howard St. being my evidence) you will see that there's a proposal for another Rail Line in Baltimore. 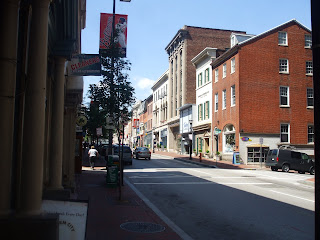 It's the Charles St. Trolley which will run from Conway St. to the south to University Parkway. The project, will be Baltimore's first Streetcar Line since the last one was torn up in 1963 in favor of buses. Since then, the MTA has funded the MARC system which consists of three lines running through Maryland; The Brunswick which runs from DC to Martinsburg, West Virginia, The Camden Line, which runs from DC to Camden Yards, and finally the Penn Line which runs from DC to Perryville with stops at BWI, West Baltimore, and Penn Station. The MTA has also started to give Baltimore its own Transit System. First it was the Heavy Rail Subway (Green Line) which currently runs from Owings Mills to Johns Hopkins Hospital. Then came the Light Rail (Blue Line)which, for the exception of its Howard St. length Downtown runs efficently. Its entire length runs from Hunt Valley to Glen Burnie. In the late 1990s there were two branch offs one for Penn Station, the other for BWI. This branch off does not extend to the BWI MARC/Amtrak Station. Now, the MTA is ready to build the Red Line despite all parties' dissatisfaction with it. With the Red Line's Controversy, it's easy to see why the Charles St. Trolley doesn't get a lot of press. 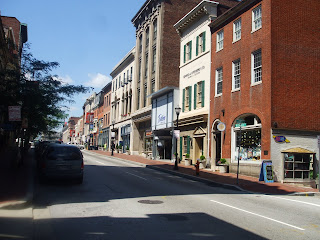 It deserves a lot of press for the sole reason that it's not being funded by the MTA. Its funding is coming from Private Entities and Umbrella Organizations like the Charles Village Community Benefits or the Abell Foundation. I haven't gotten confirmation that either of these will be contributing funds I'm just using them as examples. One lingering question is who will maintain the Charles St. Trolley? It won't be build by the MTA but will the Builders of it turn it over to them? Or will they maintain it themselves? 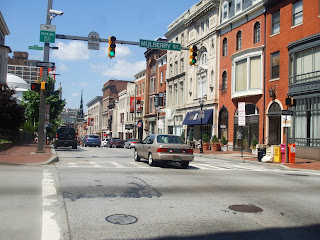 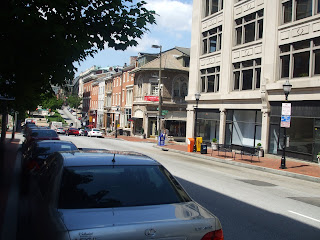 It's very true that for a time the two lines will have the same destinations and will run as little as one block away from each other if not over top of each other. However, the Yellow Line's route both north and south of the Charles St. Trolley is very important in relieving traffic congestion and bringing in new TOD districts. The Yellow Line will also be most likely tunneled Light Rail for the vast majority of its run. This means higher speeds, fewer stops, and more of a regional drawing power with Transit Hubs to Bus Lines and Park & Ride Lots. North of Penn Station, the Yellow Line will go up Greenmount Avenue/York Road ending in Towson. Southbound, it will separate the branches of the existing Light Rail (Blue Line) making its sole journey from Hunt Valley to Glen Burnie eliminating the tracks to Penn Station. The Yellow Line will go to BWI Airport, Its Adjacent MARC Amtrak Station, Baltimore Commons Industrial Park, Arundel Mills, and the Dorsey MARC Station. Eventually it will extend to Columbia but I think the DC Metro should be extended there first considering so many feds live there. 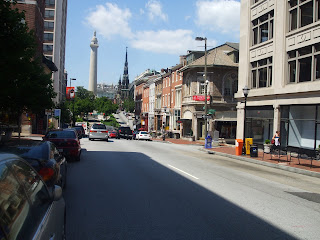 The Charles St. Trolley's drawing power will be much more limited. Judging by the proposed maps it seems to to want to hit every Downtown attraction defeating the purpose of what a Streetcar is meant to do. Streetcar lines should be a portal here's a map of the proposed Charles St. Trolley Route and tell what you think. As you can see, it zigzags all over the place. Don't let the name fool you but for the last few southern blocks it doesn't even travel on Charles St! Ironically this is where Charles St. is the widest and can best support having a surface rail line on it. Here's a link of a Trolley running down Charles St. between Fayette and the Washington Monument and you can see it adjust to the differing widths of Charles St. It shows a bus using the same stops and riding along the trolley tracks. 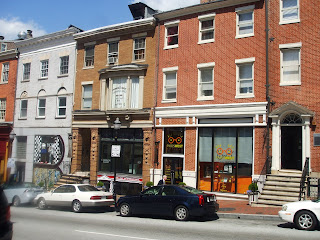 What's that? You want me to provide a solution? Well here it comes. I would make the entire northern leg from Conway to University Parkway run on Charles St. and the entire Southern leg run on St. Paul/Light St. I would eliminate the southern leg Mount Royal Avenue crossover from St. Paul St. to Maryland Avenue. Maryland Avenue will play no part in the Charles St. Trolley. It will simply remain on St. Paul St. At the start of the northern leg it goes up Light St., down Redwood St. to meet Charles St. This whole mess would be eliminated especially because the southern leg would run here. Also, I'd build the Yellow Line! Well that was my solution, sometimes less is more. 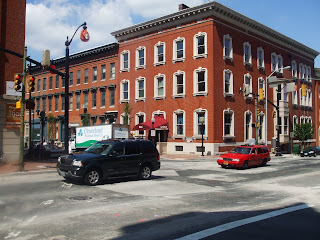 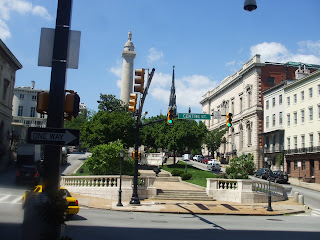 I still love Charles Street.I walk up and down Charles Street all the time.I don't believe that charles Street is as bad as some people say it is.I know that the place changed,but I think that it changed for the better.