The Alameda:Baltimore's Next Eutaw Place? 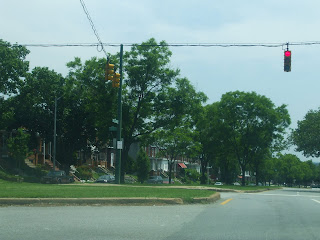 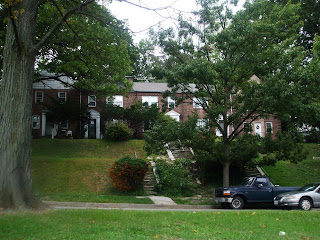 You can't talk about the Alameda's conception without discussing two key factors; Homestead Village and Olmstead Firm's Comprehensive Park Plan of Baltimore City. Homestead Village as it would be called came to be in the 1850s laid out on the Gorsuch Estate. It was Baltimore's (pre annexation) first row house suburb. it featured the urban grid and was/is as dense as most Baltimore City row house neighborhoods. Homestead Village was targeted towards the middle class and was surrounded by the estates of wealthy Land Owners and featured a diverse array of architecture. 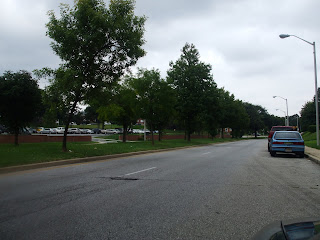 Next, there's the Olmstead Firm's Comprehensive Park Plan of Baltimore City. This included the creation of several "park like" roads with plush medians to create a link between parks. The Alameda is one of those roads, it connects Clifton Park to 33rd St. It was eventually expanded to what is now Chinquapin Park thereby serving its purpose. It currently sits on the National Register for Historic Places. 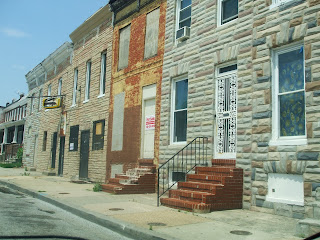 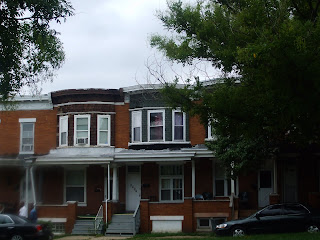 What needs to be done to to turn the Alameda into median worthy of Eutaw Place is to let it be known that it has so much Historical Significance. It's obvious that much of the stretch of the Alameda in question, Historic Homestead Village, and Clifton Park are now Inner City Neighborhoods that have suffered decades of neglect. The outer edges of Coldstream Homestead Montebello have fared much better than the center of the neighborhood. 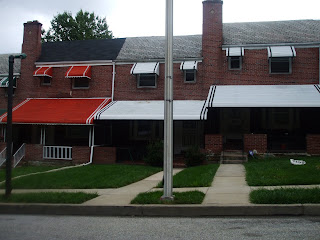 When the public housing high rises came down in the 1990s into the 21st century, the successful town homes that went in their place helped unearth the long forgotten and neglected history that the high rises covered up. Case in point; Historic Jonestown, when Flaghouse Courts came down and Albemarle Square came up, a renewed interest both inside and outside Historic Jonestown was brought about and is now a livable walkable community. The parts of Jonestown that survived both Fkaghouse Courts and Albemarle Square are now in great demand for a rehab. 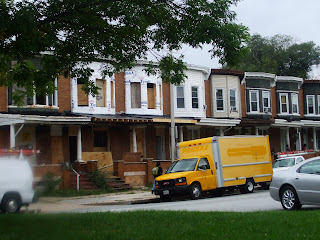 I'm going to make the argument that neighborhoods like Coldstream Homestead Montebello are the high rises of the 21st century. I escpecially see parallels in Coldstream Homestead Montebello in Flaghouse Courts/Albemarle Sqaure. That means that large portions of the neighborhood will have to be demolished in order to save it. Historic Homestead Village and the Alameda's housing stock will be spared. Historic Homestead's housing stock is in bad shape though but I can see a revival. if much of the homes around it are gone in favor of new construction the homes left instantly become more valuable. It's all about supply and demand. When the supply goes down, the demand goes up. 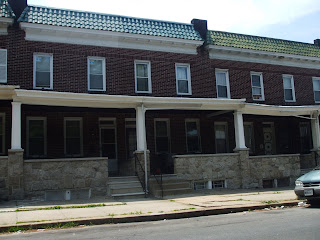 The lower Coldstream and Upper Montebello will be spared as their housing is in much better shape than its surroundings. The southwestern edge does contain blighted industrial uses that would make for better neighborhood retail and will be part of the redevelopment. 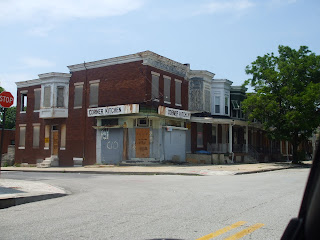 After the demolition of the blighted parts of the neighborhood and new construction is underway, the City can acquire blighted and vacant properties along the Alameda and in Historic Homestead Village and offer them for sale at the price of $1. Hey, it worked in Otterbein, why shouldn't it work here? For the exterior facades of the properties there will be strict guidelines the new Home Owners must adhere to insure the integrity of the homes. 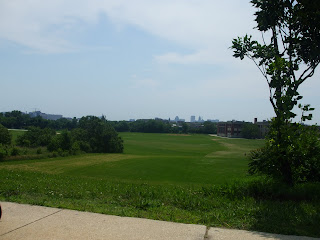 The Estate of Johns Hopkins (Clifton Park) is yet another historic landmark. Considering the struggles of the neighborhoods surrounding neighborhoods, Clifton Park has done very well. The only way its integrity has been compromised is Lake Clifton High. 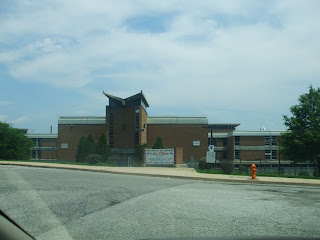 Now what's wrong with a High School in the middle of a park? It actually sounds like a tranquil and serene setting. It does however, it was built over a Lake hence the name Lake Clifton High.There really is a Lake under that School pictured. The School was built at a time when Historic Preservation wasn't a priority in the City. The School is currently a surplus of seats and should be demolished in favor of a full restoration of Lake Clifton. 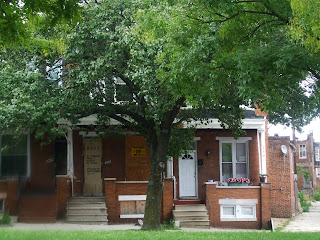 Now with all the new construction going on in Coldstream Homestead Montebello how can it be best be marketed? After all, the promise of Historic Preservation and a new old lake across Harford Road probably isn't enough to fill the new homes which will be a mix of Condos and Town homes with a varying income mix. Well here's one, another Lake! 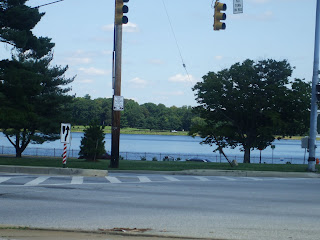 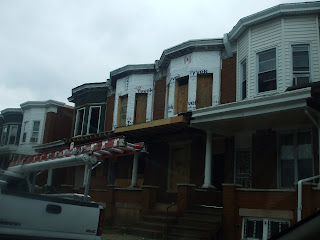 Well notice that this post talks very little about the Alameda and its comparison to Eutaw Place. Fact of the matter is, The Alameda already has what it needs in place to be East Baltimore's Eutaw Place. To create the elegance and stability needed the neighborhood surrounding the Alameda is what really needs to be addressed. To really put this area on the map would to be to make it a tourist attraction. Bus tours that show off Historic Homestead Village and the remainders of the Patterson Estate (Coldstream) and the Garrett Estate (Montebello) and the Hopkins Estate (Clifton Park) with way finding signs like those in the harbor. This currently blighted part of the City will be sure to give even Eutaw Place a run for its money. 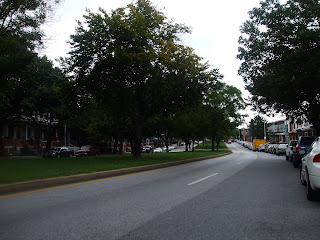 I used to ride the #19 bus through that area back in the early 1980's and that was a pretty bad area.I would like to see that area fixed up and become a nice neighborhood again.

I would like to see the neighborhood become nice again.I miss the old Memorial Stadium that used to be in the area.Those were the good old days.

This blog is really great because even if you don't want to meet anybody you always have someone next to you.Buy Viagra Viagra

I lived in the Clifton Park/Montebello area as a small child. We went iceskating and sledding n Clifton park. We made forts in Clifton park and climbed trees. I grew up there. I went to Montebello elementary school. Great times. I loved that neighborhood. All my fondest memories are there. We had to move because it became a dangerous neighborhood especially for teenagers. I am glad someone is thinking about fixing it. I would love to visit after renovations.