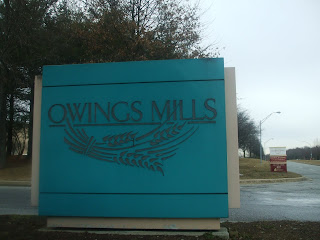 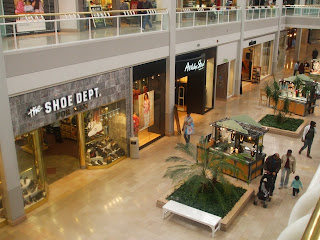 The year was 1986 and Baltimore County's dream of the new Owings Mills Town Center was coming true. Three big projects were completed; I-795, the Northwest Expressway which would reduce traffic congestion on Liberty Road and Reisterstown Road in both the City and the County. The Metro Subway was completed from Owings Mills to Charles Center (eventually it would be expanded to Johns Hopkins Hospital) and Owings Mills Mall, Baltimore County's one and only upscale Mall. Looking back one can already see that doom was not far behind. I-795 was supposed to go inside the Beltway ending at Northern Parkway and continuing through Wabash Avenue. Opposition from Sudbrook Park residents cancelled the City connection but the Metro Subway still runs through that area without the parallel freeway. 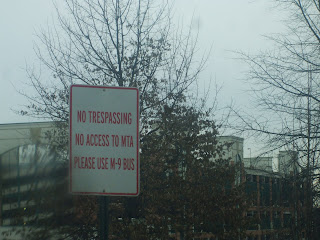 Another disappointing setback was the Rouse Company's refusal to have the Subway Stop given direct access to the Mall. The result was the Mall and the Subway stop being near each other as the crow flys but actually getting there is a five minute drive. Walking there would become dangerous due to lack of sidewalks in fact accessing the two properties became so difficult that one has take a bus in between the two. 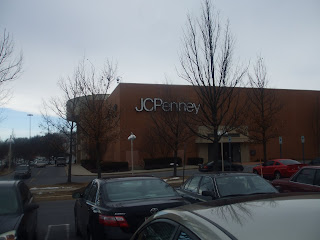 Be that as it may Owings Mills Mall opened with upscale tenants that were then unknown to the Baltimore Area such as Saks 5th Avenue, Banana Republic, Laura Ashley, Williams Sonoma, Britches, Beneton, and several other upscale Shops, Boutiques, and Eateries. Other anchors were Hechts and Macys. It seems that Owings Mills Mall was a big hit. As new housing and commercial space in the Owings Mills area was built at lightning fast speeds, the Mall's customer base didn't grow with the population. As Towson Town Center lured a Nordstrom and being that Towson is both the County seat and has higher income per capita than Owings Mills, the upscale crown was passed from Owings Mills to Towson. 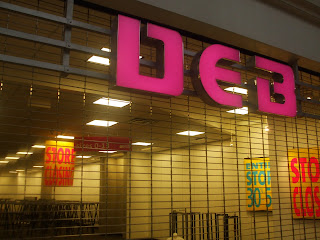 The biggest sign of trouble came when an employee of Saks Fifth Avenue was murdered while walking on a path way between the Mall and the Subway Station. This created a panic about Mall and that the Subway ran through bad parts of the City which allowed "that element" easy access to the Mall. The path was closed, thus making connections to the Mall and Subway all the more difficult. It also appeared that traffic at the Mall was dropping off and that more and more Shoppers became "window Shoppers" giving the illusion that the Mall was busy when in fact sales said otherwise. 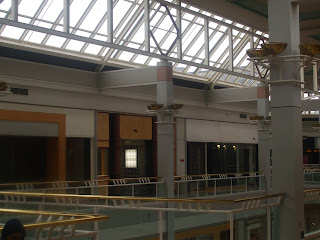 Baltimore's only Saks Fifth Avenue pulled out of the Mall in 1996 and JcPenney, a store with several locations in the Baltimore Area replaced it. The departure of Saks allowed for a re branding of the Mall as more mid market. The Rouse Company made a fatal mistake during this re branding process; the expanded the Mall. 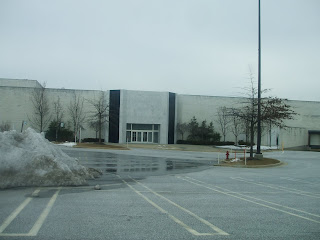 Two new anchors were added behind the Main Entrance as was a new wing. Lord & Taylor opened in 1998 and almost as soon as the ribbon was cut, low sales made it into a bargain hunter's dream. Sears opened with a new wing that never really filled up with stores. At around the turn of the century, both Lord & Taylor and Sears decided that to stay profitable, they'd have to close underperforming stores. Both Owings Mills locations were on the list of closures despite only being open for a couple of years. I do think that if given a chance those stores could have succeeded. 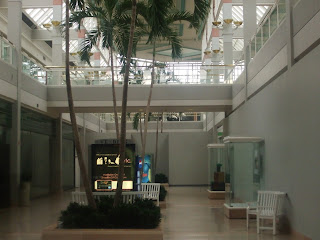 By 2002 both new stores were empty as was the new wing. Efforts to fill these vacant Department Stores proved unsucessful and more and more storefronts became vacant. In the Department Store world, Macy's bought Hechts which meant that another Department store was to become vacant in 2006. 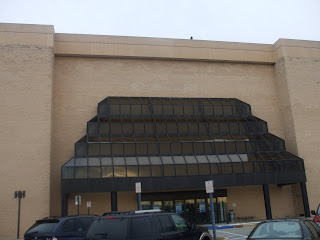 Boscov's, looking to make its way into the Baltimore Market took over the vactated spaces in Owings Mills, White Marsh, and Marleys Station. In 2008, Boscov's filed for Chapter 11 and you guessed it, Owings Mills was one of the stores slated for closure. By now the Sears Building had been demolished to make way for Apartments and Rental Town Homes. I forgot to mention that as part of this expansion a Movie Theater was added, the Movie Theater further blocked access from the Mall to the Subway Station. 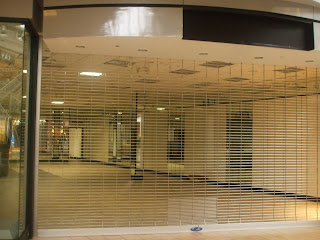 Well in 2011, the mall only has a handful of stores left with a capacity of nearly 150. The Mall's current owners General Growth Properties (GGP) are emerging from Chapter 11 Bankruptcy which would have hindered any redevelopment for the Mall. It doesn't appear that GGP is renewing leases or updating its tenant roster on the internet. 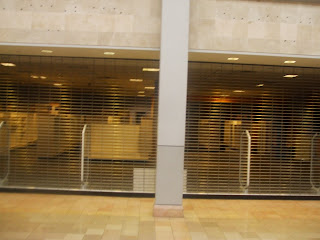 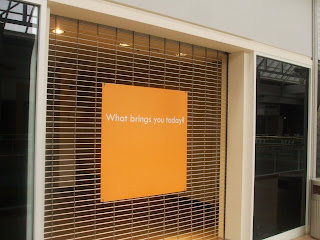