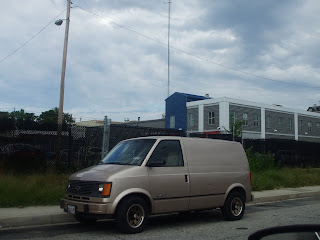 I had wanted to do an uninterrupted series of posts regarding the Jones Valley and issues surrounding the Neighborhoods nearby. Fortunately or uunfortunately, however you want to look, at it my brain comes up with new post ideas that have nothing to do with a "series" I'm working on so I write a post that has nothing to do with the series because I don't want that new idea to fade but the end result, like in this Jones Falls Series, the posts in the series are "broken up." Well with that out of the way, I give you my latest on the Jones Falls. 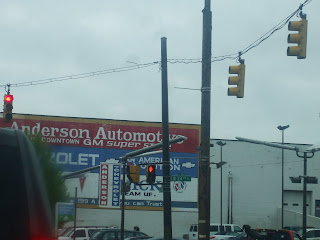 This time last year, the redevelopment of the Anderson Auto Site in Remington was the focus of every News Junket. What's being proposed is a Lowes Home Improvemnt Warehouse, Grocery Store, smaller stores Staples and Ana's Linens were listed as examples and New Town Homes at 25th St. and Maryland Avenue. The Retail Development, like the Anderson Honda and Chevy Dealerships slated for closure, is located along Howard St. at both the 24th and 25th St. Intersections. With this new development in Remington's Eastern End, the Howard St. Corridor will surely be transformed and my question is; Why Stop There? 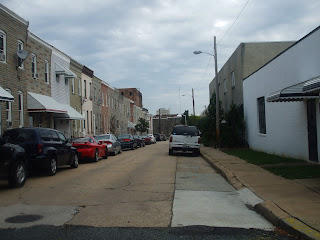 The area I have in mind has a lot of Neighborhood "Labels" it's been called Remington, South Charles Village, Charles North, and Old Goucher. For all intensive purposes, I will call it Remington. It's above North Avenue, below 24th St., east of Falls Road, and west of Mace St. It's predominately light Industrial with a few Row Homes on the western end. I had assumed the Row Homes, being surrounded by so much industry I was pleasantly surprised that the Row Homes are in great shape and it's a nice little Community. 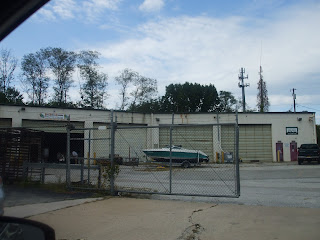 With the new development above this little section of Remington is completed Howard St. will be completely transformed and the area in question will then look out of place. With the dealerships in place, the land uses between them and North Avenue are very appropriate but when the new redevelopment is completed, the Impound Lot and Collision Center, that dominate the landscape below Anderson Automotive, will stick out like a sore thumb. 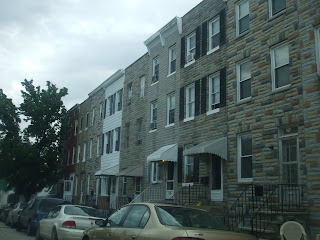 I always somewhat disappointed that the Lowes Project didn't have a larger Residential Component. This can be rectified be redeveloping the light industrial land along from Howard St. to Falls Road in between North Avenue and 24th St. as Apartments and Condos that look like the Row Homes already in the Neighborhood. 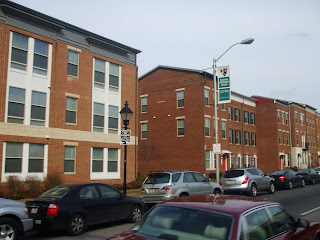 The Apartments will allow for a higher density, will be compact and urban in appearance, and will be only three stories tall so as not to take away from existing housing. They will have underground parking so as not to crowd the already narrow streets with parked cars. Usually buildings like this may have ground floor Retail. I have elected against this because I don't think there will be a large enough market to support said businesses. 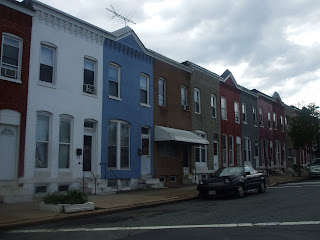 The existing Row Homes are in great shape and almost all occupied. With more focus on the area around them I think whatever is currently vacant will be reoccupied very soon.
Streetwise, the urban grid will be restored. Huntington Avenue will be extended northbound to 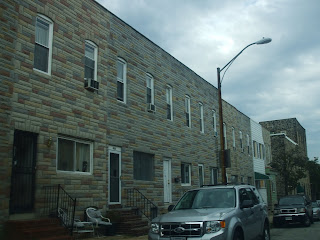 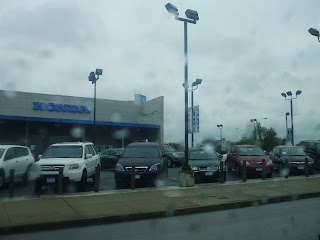 With the Anderson Auto Dealers leaving and Lowes taking its place, the landscape of Howard St. and Remington will be forever transformed. It's time that the area diretly below be examined and take similar steps to transfer form that area as well. 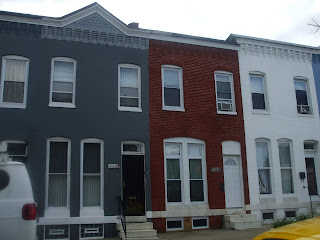 Great collection of pictures. A little rough around edges in places, but most of that housing stock looks to be in fine condition. Regarding the closure of the Car stores, perhaps the time of giant-sized car show rooms is over?

Don't forget about Wal-mart! They are they other major tenant. No one in the surrounding communities had a problem with the development until Wal-Mart was involved.