Eastern Avenue: The All Around Better Alternative 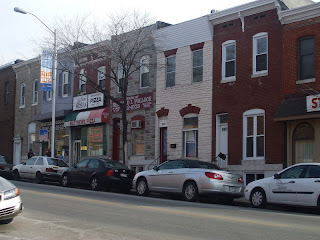 Historically Eastern Avenue held the title of East Baltimore's Main Street. Given that North Avenue was the northern border for much of the City's history that wasn't as large of a stretch as it is today. The way I think of Eastern Avenue is as a diverse high density Main Street that acts as the northern border to gentrified Neighborhoods like Inner Harbor East, Fells Point, and Canton. In addition, it acts as a southern border to more traditional East Baltimore like Upper Fells Point, Little Italy, Patterson Park, and Highlandtown. Given that Eastern Avenue plays host to Retail, Residential, and Community Uses it seems natural that the eastern end of the Red Line be located on Eastern Avenue but guess what? It isn't. 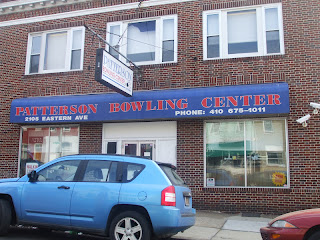 Although I have spent a considerable amount of time bad mouthing the Red Line being at surface level along Edmondson Avenue and that the stops Downtown are lack luster at best, I haven't dedicated much time to the Red Line in East Baltimore. Option 4C, which is the preferred option for the City although I hear of more people who hate it rather than like it. 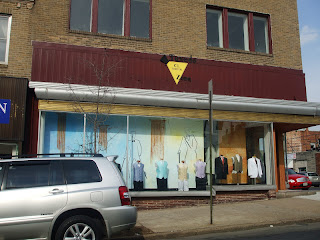 Option 4C calls for the Red Line to go down President St. for a few blocks to Fleet St. where the proposed Harbor East stop is to be located. It will then travel down Fleet St. until it meets Boston St. where it will travel at surface level until roughly the location of the new Canton Crossing development. There they go again with surface level, people think that because it's the cheapest alternative that it's also the most effective. Sometimes you may have to spend more money in order to make more money. When something makes more money yet had cost more to pland and build wouldn't IT be more cost effective than something that was cheap but has low ridership due to its poor location? 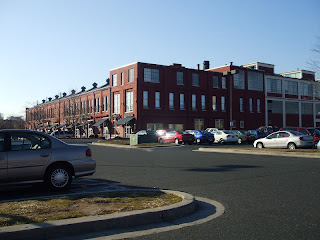 Although Boston St. is very wide considering its location just east of Downtown, it isn't dense by any stretch of the imagination. Its housing stock is new and mirrors that of its suburbs. There is also a suburban style shopping center with a Safeway. The only dense area will be Canton Crossing although funding woes haven't yielded many finished products except for the 1st Mariner Tower. Also keep in mind that Boston St. now has more residences as its waterfront once hosted industrial uses that have been redeveloped. Also keep in mind that to the south of Boston St. it's water and nobody but the fishes lives there and fish don't ride mass transit. 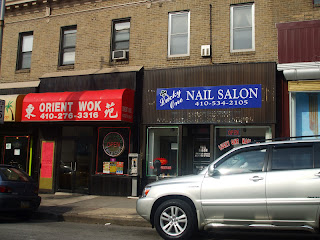 Eastern Avenue on the other hand is much more Retail and Community oriented with much more of an urban feel. The road itself is much narrower with parallel parking. There are older "cookie cutter" row homes with ground floor Retail as well as taller row homes that have since been converted into Apartments. In short, when traveling on Eastern Avenue you will know that you're in the City. There are also plenty of City Bus Stops where Residents who don't have regular access to a car take advantage of. On Boston St. the amount of Bus Stops and Riders at said stops is much smaller than what is found on Eastern Avenue. In short, Eastern Avenue is very dense and Boston St. is very sparse. 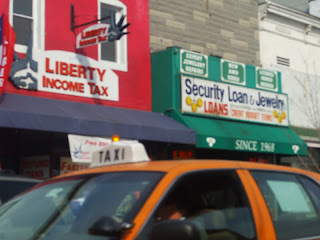 I'm sure now you can see that Eastern Avenue being the preferred location for the Red Line east of Downtown so why isn't it? It's very true that tunneled Light Rail under a narrow street is more expensive and disruptive than surface level Light Rail on a wide street that comparatively doesn't get much traffic. Could this entire issue be boiled down to the MTA being cheap? I think so, Although the Red Line will cost more than other rail lines in DC simply because the other lines are older and the cost of the Red Line is adjusted to inflation. Given that the Red Line cost is adjusted to inflation, the MTA still doesn't want to spend more money to make the Red Line comparable to its DC brethren. 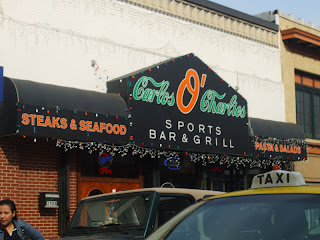 So it's all about money? That's what has been keeping the Red Line from being all it can be? Yes that seems to be the problem. At the same time, the Mayor, the Governor, and the MTA are hell bent on building just to say that they have. Unfortunately end result of just "building something" will not improve the area in fact it will detrimental because the money spent would then be wated due to low ridership. Why will ridership be low? Given that Boston St. is a lower density higher income area than Eastern Avenue there are simply more options for them. Residents there have more access to personal vehicles. Along Eastern Avenue, Residents are less likely to own a car, not only that there are simply many more of them both north and south of the road itself. This all adds up to higher ridership. 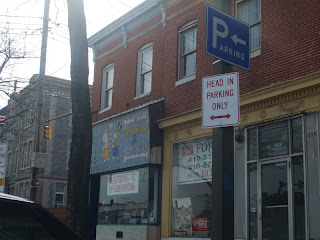 The reasons above make Eastern Avenue a better choice but consider this one; Eastern Avenue is narrow so it can't support surface level transit therefore it would have to be underground. Underground or tunneled transit is uninterrupted by vehicular traffic which makes for shorter trip times. A big reason riders would choose Rail Transit over their cars would be that it takes less time to get to their destination. A surface level Rail Car is a big obstruction to traffic and it has to compete with any and all other traffic. How often have trip times been delayed on Howard St. due to the Rail Cars competing in rush hour traffic? It will be just the same on Boston St. Boston St. may be wide now but it isn't wide enough to accommodate two tracks of Light Rail in addition to two way traffic and dedicated turn lanes. 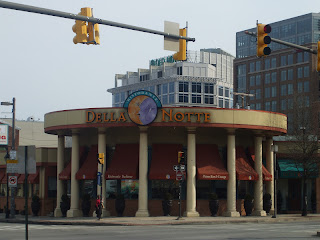 Speaking of dedicated turn lanes, with the Rail Cars at surface level on Boston St. there's a good chance that a lot of side streets would be forbidden to make left turns onto and off of Boston St. This is proposed to happen on Edmondson Avenue where the Rail Cars are slated to be surface level. Like Boston St. this needs to be tunneled as well. Given that Edmondson Avenue is not as well to do as Boston St., there has been significantly less coverage by the News Media on it. If tunneled under Eastern Avenue, these problems will of course be null and void. 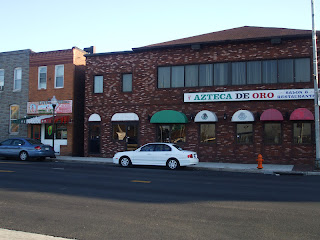 It's very clear that for the Red Line in southeast Baltimore, Eastern Avenue is all around the better option. Although there is currently a Community Compact on the record for Option 4C, there has been some wiggle room in the form of Cooks Lane double tracking. Hopefully if the pressure is put on the MTA they will change their mind and pony up the funds to make the Red Line under Eastern Avenue a reality as well as Edmondson Avenue. 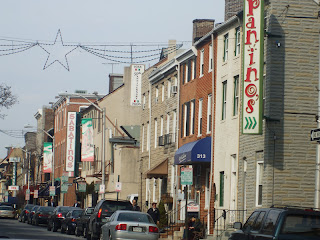