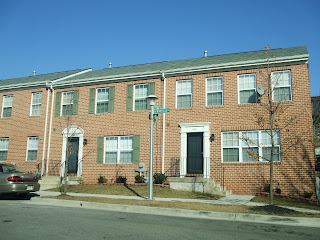 Since the mid 1990s, Sandtown Winchester or "Sandtown" for short has been something of a "Tale of two Cities" on the one hand, there are the new and rehabbed homes brought to us by the Enterprise Foundation located mostly in the Neighborhood's eastern edges. However, there's the rest of the Neighborhood that includes Gilmor Homes and distressed homes between Gilmor Homes and Monroe St. the Neighborhoods western border. As I continue my ongoing series on Old West Baltimore, I'm going to attempt to unify Sandtown and make the whole Neighborhood as sought after as the section that's been redeveloped by the Enterprise Foundation. 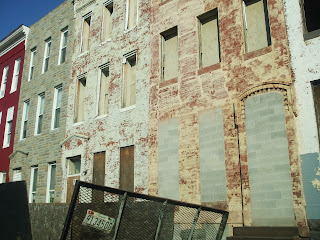 Like all of Old West Baltimore, the latter half of the 20th Century was not kind to Sandtown. As "second hand Suburbs" such as Edmondson Village and Park Heights became available to Black Residents via blockbusting, the overcrowded Sandtown emptied as Residents who could afford it relocated. This left Sandtown in shambles as close to half of its housing stock became condemned and boarded up with no end in sight. Residents left behind in Sandtown lived in extreme poverty with a deteriorating housing stock and a City that was too broke to provide them the essential services they needed. 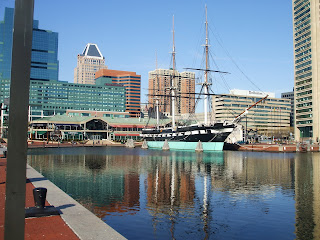 Enter Mayor Kurt L. Schmoke, given the success he saw with redeveloping Charles Center and the Inner Harbor (pictured above), he thought why not Sandtown? This marked the first time, that serious reinvestment money was being devoted to an Inner City Neighborhood not located by the Harbor. Given the City's financial woes, Mayor Schmoke needed some series financial backing from the private sector. This is where the Enterprise Foundation comes in. After Jim Rouse retired from the Rouse Company (his name should sound familiar from his involvement in Charles Center and Harbor Place) he formed the Enterprise Foundation, a charity that provides affordable housing to Residents and Communities in need. Obviously, Sandtown qualified for this. 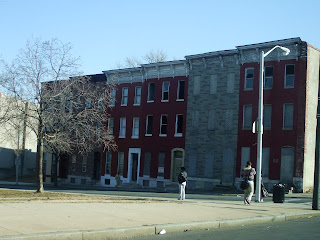 The result was a joint venture between the Enterprise Foundation and Nehemiah Homes. Nehemiah Homes agreed to demolish 210 dilapidated homes in Sandtown and rebuild with brand new affordable homes for purchase where the demolished homes once stood. Ryland Homes acted as the builder and in order to speed up the progress they opted to use modular homes. Despite Sandtown's reputation for crime and drugs, these homes sold faster than they could be built. Why? Because there wasn't anywhere else where somebody whose income was $11,000 could buy a house. Now just any house, a brand new town house with three bedrooms, two baths, full Kitchen, and central air. In short, they were selling dream homes and in this case the three rules of home buying; location location location appeared not to apply. 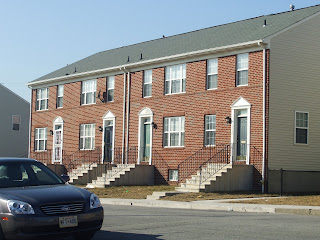 It's been about 20 years since the first Home Owners moved into their homes and one question the Schmoke Administration wondered was;  Could this project and ones like it produce long term positive results? Well given the appearance and general mood in the redeveloped area of Sandtown I'm going to say yes. These new homes are immaculate, with manicured lawns, white picket fences, window treatments, shudders, planted trees, and not a single new home is boarded up. The pride of home ownership is a wonderful thing and it appears that the Owners of these new homes have discovered this. 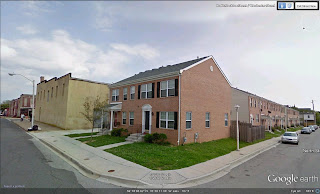 Now don't get me wrong, I don't like everything single nuance about the homes in Sandtown. I believe that all involved parties had hoped that their success would spread like wild fire into existing parts of Old West Baltimore like it did in the Harbor. Obviously this has not happened and the only real additional success stories in Old West Baltimore come from other large redevelopment projects.  I also find these new homes to be very plain and lacking of character. This is no real surprise considering they were modular homes sold to moderate income buyers. 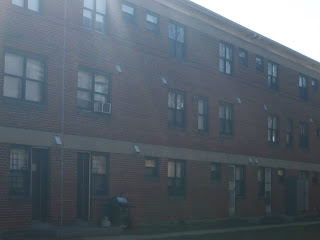 Now like I said at the beginning of this post and in the title, Sandtown is a tale of two Cities. Roughly two thirds of the housing stock is old, dilapidated, vacant, and crime infested. I also said that new housing hasn't spurred much reinvestment in the Community at large and I think I know why. I think there's a lot more new housing in Baltimore City today than there was in the 1990s that isn't near a large segregated public housing development (Gilmor Homes) Albemarle Square, Broadway Overlook, and the Hopkins Biotech Park provide affordable housing alternatives that are perceived to be much safer than anything in old Sandtown. I think you know where this is going. It's time that Gilmor Homes be redeveloped. 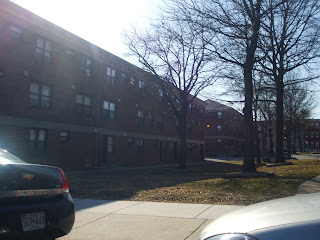 One thing I have always championed in this blog was for the discontinuation of large concentrated islands of Public Housing. Instead I would like to give assistance to Residents currently in Public Housing who are upwardly mobile (in School or Entry Level Jobs) become home owners. Gilmor Homes has been the site of multiple shootings throughout the years and a very violent drug gang that with dozens of members that terrorized Gilmor Homes. These dealers have since been arrested so I think now is the best time to redevelop Gilmor Homes as new Town Homes with a mix of incomes that offer the opportunity of Home Ownership for moderate income Residents who wouldn't have had the opportunity otherwise. There will still be a public housing building but that will be for Seniors only. It will include a mix of independent and assisted living options. 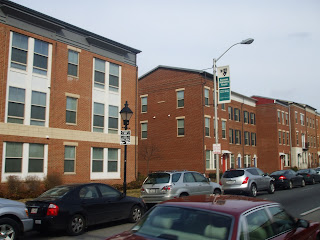 Like I said earlier, I think the current new housing in Sandtown is very plain and bland. When redeveloping Gilmor Homes, I think the new town homes in its place should have a lot more character. I believe new homes throughout Broadway Overlook, Albemarle Square (pictured above), and Greektown's Athena Square be used as models for more attractive new housing in Sandtown. 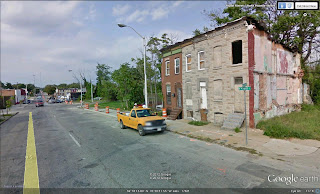 Now we come to the housing at the western edge of Sandtown. There are a lot of boarded vacants here as well as homes that have been demolished with nothing but overgrown vacant lots in their place. I don't want Sandtown to be nothing but new housing so I want all of these vacants to be rehabbed and sold. Personally, I think that with Gilmor Homes redeveloped the market for a rehabbed or "vacant shell" in Sandtown will increase. I had said that the growth spurred by the Nehemiah Homes of the 1990s hasn't spread like similar tactics had in the Harbor. Well I think the problem was Gilmor Homes and if they're redeveloped and a new thriving development with a high percentage of Owner Occupied Homes, I think ALL of Sandtown will then turn a corner. 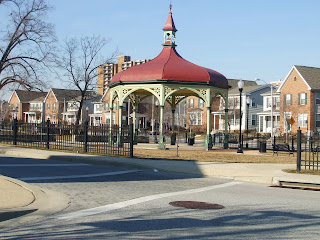 Since the 1990s, Sandtown has been a Tale of Two Cities; It's time that we unify the whole Neighborhood as a mixed income (like the one pictured above) haven that it was in its heyday, it can only hope help the rest of Old West Baltimore by doing so.
Posted by Spence Lean at 11:33 AM

QUOTE: "...and a very violent drug gang that with dozens of members that terrorized Gilmor Homes. These dealers have since been arrested so I think now is the best time to redevelop Gilmor Homes ..."

Great, now that the Dealers have all been arrested, there's nothing to stand in the way.

I couldn't agree more! I love my home in Sandtown Square and it's now time to see more progession. The neighborhood has tons of potential and it's proximity to Downtown Baltimore can make it very attractive for future buyers...