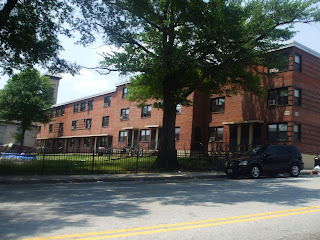 As part of my ongoing Series on Neighborhoods in East Baltimore between Downtown and Hopkins, I'm brought to Latrobe Homes, a public housing development consisting of approximately 700 low rise Apartments bordered by Homewood Avenue and McKim St. to the west, Aisquith St. to the east, Madison St. to the south, and Eager St. to the north. Esnor St.,  (which in my last post I have renamed Harford Avenue) runs through the middle of the development. 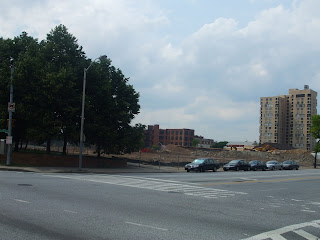 Numerous public housing developments in East Baltimore have been torn down in East Baltimore and the new developments that replace them have been met with great success. My goal is to redevelop Latrobe Homes in a fashion that will produce similar results (population growth, higher quality of life, lower crime etc.) but the types of housing and businesses are different than those found in other developments. 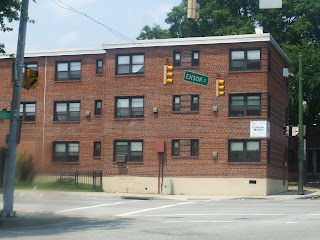 I haven't been able to find much information on what was on the land LaTrobe Homes now occupies but given its proximity to the Jones Falls, It's safe to think that it may have once played host to Mills not unlike those found in Hampden-Woodberry. My other theory is that it was dilapidated slums which is what most public housing developments replaced. In either event, LaTrobe Homes served the purpose of housing an influx of workers during the great migration and World War II. When the demand for those jobs went away, the "workers" stayed which created poverty throughout the City especially in public housing developments and LaTrobe Homes was and is no exception. 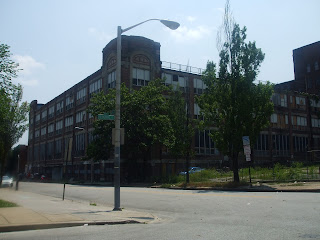 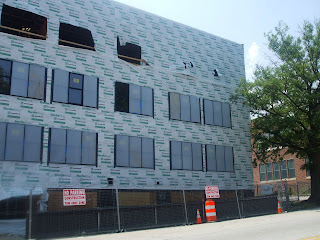 One can't help but notice when looking at a map of LaTrobe Homes that actually very close to Greenmount West, which is part of Station North. Station North is gentrifying more and more by the day and the gentrification is heading east from the Charles North area to Greenmount West. Charles North may become a victim of its own gentrification efforts as glitzy new developments for the area are planned in the coming decades. 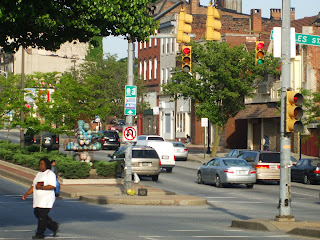 Now I can't stress this enough; Station North is not meant to be another glitzy Harbor Neighborhood, It's a Live/Work Community for Artists that provides affordable Housing and Studio  Space for said Artists. If the developments proceed as planned, these Artists will be priced out of their Neighborhood and would need to relocate elsewhere. 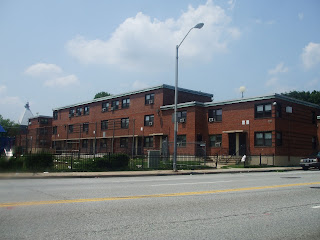 This is where LaTrobe Homes enters the picture. We have yet to see a public housing development redeveloped as an Arts & Entertainment District. All other new developments that stand where public housing once stood are mostly mixed income urban Apartments and Town Homes. Although these new Communities are worlds better than their predecessors, I would like to see something different when redeveloping LaTrobe Homes. 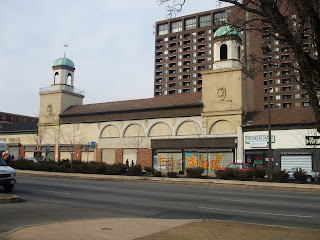 I envision LaTrobe Homes as an expansion of Station North. I think that will then encourage the rehabilitation of existing row homes and redevelopment of vacant lots in Johnston Square and Oliver. So now there's the burning question of how this new development will look. First thing's first; public housing for Seniors. This is a must have for any development replacing outdated public housing and LaTrobe Homes is no different. The Senior public housing will act as a barrier between the prisons and the rest of the new development. It will contain a mix of amenity filled services including independent living, assisted living, and nursing home setups. Existing LaTrobe Homes Seniors will get first puck when it comes to available units. 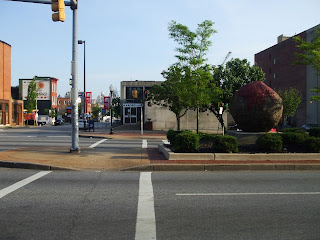 Now the fun stuff, the actual Arts & Entertainment area; it will be focused along Harford Avenue (the Main St. of the new Neighborhood.) I envision Harford Avenue to flanked with live/work lofts with Art Galleries and other Retail that will serve the Neighborhood like a Farmers Market. Perhaps even a Grocery Store can go here as this area is a Food Desert. The Live/Work lofts will be sprinkled throughout the new development but the heaviest concentration will be on Harford Avenue. The goal for Harford Avenue is for it to emulate North Avenue in Station North. The Live/Work lofts as well as some of the regular residences, will have Artist subsidies. 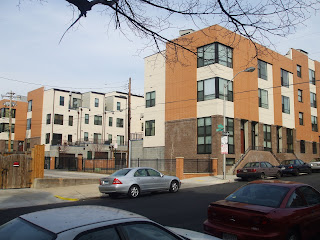 In addition to the Artist Housing, there will be normal market rate housing some of which will emulate some of the housing recently built in Station North. There will be a few public housing sprinkled throughout the development for LaTrobe Homes Residents who aren't seniors. 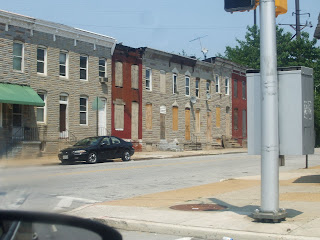 Right now LaTrobe Homes is an area of the City plagued by crime, blight, and population loss. Once redeveloped the area (including Johnston Sqaure and Oliver) will be flanked with population growth, safety, beauty, and a high quality of life for all Residents.