How is Washington Boulevard Faring? 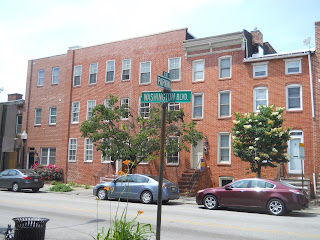 What Neighborhoods do you think of when asked about which Neighborhoods in Baltimore are "up and coming?" Many people's answers will include a combination of the following Neighborhoods; Brewer's Hill, Port Covington, Station North, and Middle East (near Hopkins.) One Neighborhood that most will forget about is Pigtown. This is easy to overlook because Pigtown has been "up & coming" for about 30 years now. One thing that isn't easy to forget is that Washington Boulevard is the central spine of Pigtown and by looking at Washington Boulevard, it can be easy to see how Pigtown is doing. With that being said, how is Washington Boulevard Faring? 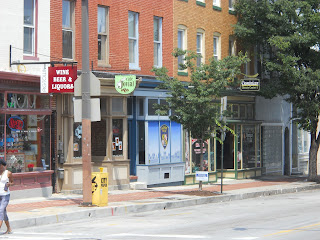 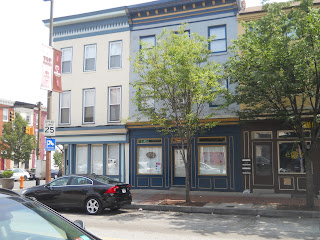 Not too surprisingly, the more upscale Businesses that had begun to pop up along Washington Boulevard in the mid 2000s didn't last long. The up & coming status of Pigtown was destroyed with the economy. This was nothing against Washington Boulevard and Pigtown as a whole, virtually every up & coming Neighborhood in the nation took the same massive hit when the economy tanked. 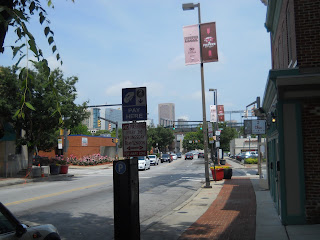 As the 2000s became the 2010s, there were many boarded up homes and Businesses along Washington Boulevard. Some of these buildings were some of the new Businesses that had opened and others had been boarded up for some time. Since Washington Boulevard is part of an up & coming Neighborhood, there will still be buildings that have yet to see the rehab they so desperately need. Like the City of Baltimore, Pigtown has been losing population in the 2000s as well. 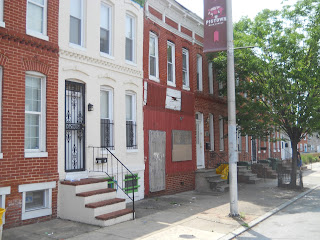 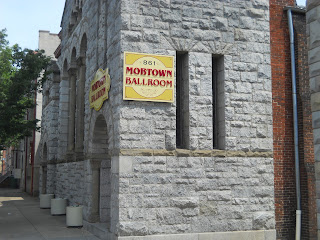 On the Retail front there have been several new shoppes and restaurants that have recently opened along Washington Boulevard. Tony's Grill, Tasty Creations Bakery, Ebeneezer Ethiopian Restaurant, Breaking Bread, and Cafe Jovial have joined Washington Boulevard staples such as Hamilton Bank, Nick's Rotisserie (which has been renovated), and Sunny's Carry Out. The old public Bathhouse and Fire Station will be rehabbed to make the mixed use development known as "Bathhouse Square" which will included Milk & Honey Market which will relocate from Mount Vernon as well as Apartments on the upper floors. 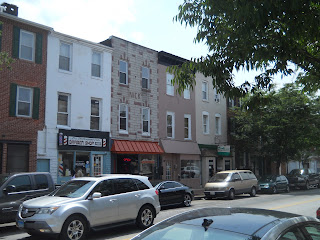 Although these great Businesses have moved to Washington Boulevard, it's still an up and coming area. This means that there are still improvements throughout the area that need to be done to keep attracting new growth and investment. The first would be additional lighting. Although lighting has improved in recent years, I still believe that in order to keep Washington Boulevard safe at nigh, additional lighting is essential. Next would be facade improvements. Although newer Businesses have modernized their building's facade, older Businesses have yet to do so in some cases. Having a well maintained building both inside and out is good not only for your Business but the entire block and entire Neighborhood as a whole. 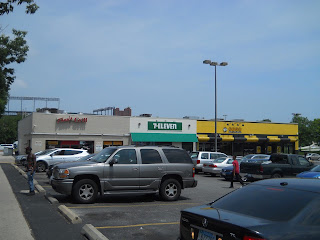 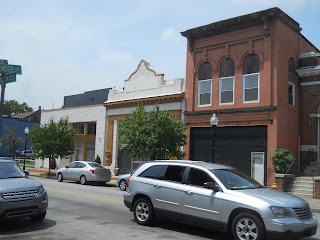 The title of this post poses the question; How is Washington Boulevard Faring? The short answer is that it's faring better than it has for a while but there are many additional improvements that can and should be made to ensure long term success for just for itself but for all of Pigtown as a whole. 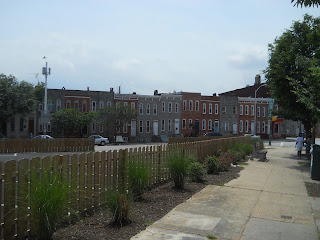