Mondawmin Crossing I: The Mall 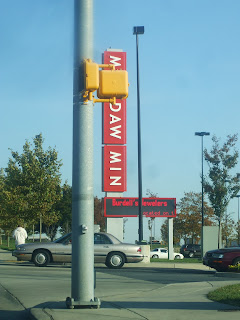 One of Baltimore's greatest successes in recent history has been Canton Crossing. No development before or since has been able to bring suburban style big box stores and integrate them into an urban setting in Baltimore. Since the site that Canton Crossing sits on was vacant industrial land, it didn't have to break up an urban grid to make way for the large footprint stores and/or the surface parking lot. Canton Crossing is also located in an area of the City where growth is at an all time high. New Residences and businesses are being built at break neck speed and it is quickly becoming a showcase area for the City. 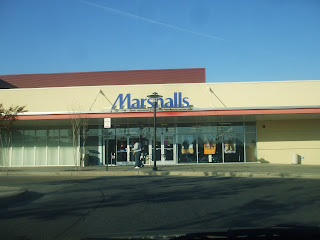 Baltimore is not a small City. It has about 620,000 Residents. Logically, it can support at least one more big box type Retail Center similar to Canton Crossing. Indeed, a location for a big box Center was sought out in North Baltimore. It was in another high growth area where Station North, Remington, Charles Village, and Johns Hopkins University come together. It was to be called 25th St. Station because the Development was to be centered around 25th St. That plan fell apart for several reasons not the least of which was the fact that the site was in the middle of tightly packed urban grid.
Another site has to be sought out for Baltimore's next Big Box Center. 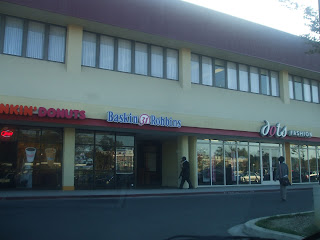 Luckily, I have a found a new location that will be perfect for Baltimore's next Big Box Center; Mondawmin Mall. Although when the words Mondawmin Mall are mentioned, it's easy to think of the starting point of the civil unrest that started in April 2015. In the aftermath of these riots many promises were made by various people to invest all around West Baltimore to improve the quality of life in this long neglected part of the City. Well, here we are more than two years later and nothing has changed. I would however like to start with redeveloping Mondawmin Mall as a Mixed Use TOD Big Box/Lifestyle Center that will begin reinvestment and redevelopment in surrounding Neighborhoods. 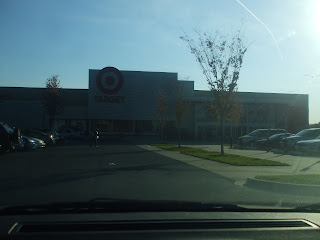 Although Mondawmin Mall had undergone a $60 Million Renovation, most of that went to the addition of Anchor tenants including Target, Shoppers, and Marshalls. The Mall had interior and exterior facade enhancements but its major renovation was decades ago which turned the vacant Sears (the Mall's first and only Anchor until 2008) into additional mall space. Today, indoor shopping malls not unlike Mondawmin are dying a slow painful death as bricks and mortar Retail is facing its reality that it has an excessive of space nationwide. In order for Malls to survive, it needs to be a large regional Mall that attracts from more than just the Neighborhood or in the case of Mondawmin, it needs to be redeveloped. 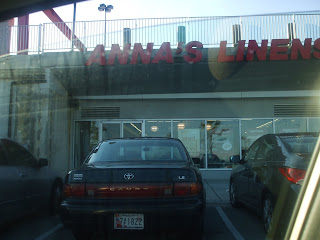 When I say redeveloped, I mean that the interior Mall needs to be redeveloped. The exterior Traget, Marshalls, and Shoppers needn't be changed. For Mondawmin, I have always envisioned Liberty Heights Avenue to be the front entrance to the Mall and Gwynns Falls Parkway the back. I would put both a Dick's Sporting Goods and a 14 Screen Movie Theater behind the Target and Shoppers with smaller shops between Target and Shoppers leading into the Movie Theater and the Dick's Sporting Goods. This portion of the parking lot has an underground parking garage which will be expanded and will be expected to house more of the cars for the Center. The Anchors in the front and Anchors in the back concept with smaller shops connecting them is reminiscent to the new Hunt Valley Town Centre. 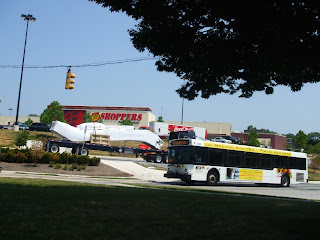 The loop that circles around Mondawmin Mall will be reconfigured between the Target and the now vacant former MVA building so that a Forever 21 may be built on the other side of the Target. The vacant MVA building will be demolished to make way for a mixed use building that will house two Junior Anchors; Petco and AC Moore Crafts with 5-6 stories of Apartments on the upper floors wrapped around a parking garage. At the front of the Mall on Liberty Heights Avenue, a TGI Fridays opened on a pad site. 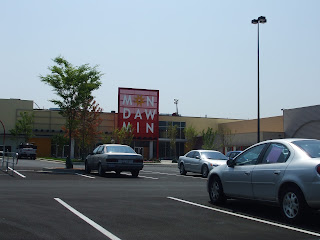 There are two to three more undeveloped pad sites along Liberty Heights that I would have developed into additional fast casual Restaurant Concepts. An additional pad site to house Bank of America which is currently in the Mall will be built on the far side of the Target Parking Lot. Since this redevelopment is TOD, I would redevelop/reconfigure the transit station at Liberty Heights Avenue and Reisterstown Road with the station under neath, Neighborhood Retail on the ground floor and 5-6 stories of Apartments above wrapped around a parking garage. 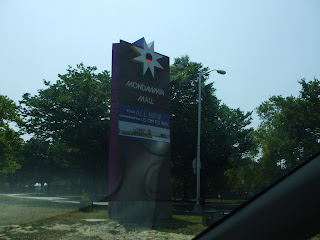