Sit On it COVID Edition Part I The Devastation 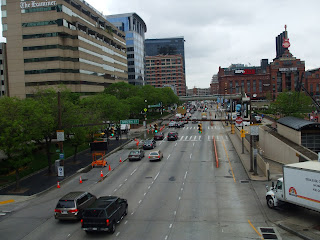 Every time there's an economic downturn in Baltimore and the nation as a whole, I publish a post or two known as "Sit On It" it describes how development should proceed or some some cases wait until the economy turns around. This of course is speculation because nobody knows if, when, and how the market recovers. This time COVID has brought parts of Baltimore to a screeching halt as it has the entire planet. In this edition of "Sit On It" I'm going to talk about what things got hit the most and whether they have a chance of recovering. 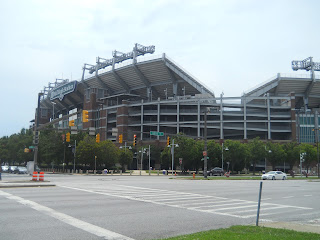 Remember the popular venues that hosted concerts, baseball, football, conventions, and the Preakness? I do too. However it's been a while since they've been open to the public other than testing sites and or vaccination sites. Even if they did host recreational events, who would go there? It's absolutely impossible to social distance and with the food and drink being sold there, people would have to remove their masks to consume them. Although the Orioles and Ravens had been playing games on and off throughout COVID, it was to empty Stadiums. I do believe Camden Yards and M&T Bank Stadiums will attract spectators once again, I do have my doubts about Royal Farms Arena and the Convention Center. This is because the buildings are dated and redevelopment has been needed for some time now and I believe the COVID pandemic has only exacerbated these needs. 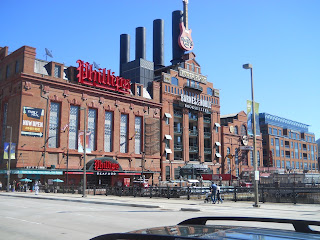 Restaurant owners and their employees have had it very hard during COVID. The biggest ones to lose out are ones that don't have much of an emphasis on carry out and/or rely on liquor consumption for a majority of their sales. Restaurants have done their best to adapt to these changes with curbside pickup and outdoor dining and "Cocktails to go" but many others have closed their doors because they can't stay afloat with such a high drop in revenue. Though some restrictions have been lifted, dining rooms aren't able to fill to capacity per City ordinances. It's still yet to be seen how weary diners will be when dining rooms reopen to full capacity. 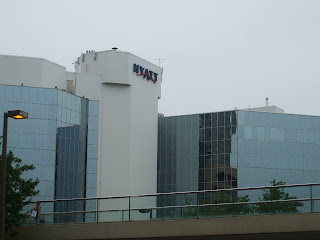 Parts of Baltimore that rely heavily on travel and tourism are flush with Hotels to lodge travelers. If our nation's borders are closed and interstate travel is banned without long quarantine sessions before and after, it begs the question; Who's Staying at Hotels? The answer is very few. During the first few months of COVID, Hotels have shut down and their staffs were laid off. Even today, Hotels can only fill a small percentage of their rooms and can only bring back a portion of their staff. Though there were Hotels under construction when COVID hit that have since been completed, openings were anything but grand. As restrictions are lifted however, I believe Hotel occupancy will go up. 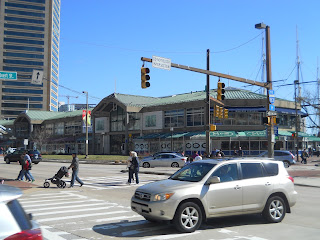 Though Mondawmin Mall has certainly suffered during this pandemic as have all the suburban Malls outside of Baltimore, I would like to focus on Harbor Place. Harborplace has been the poster child of  Dead Malls during the COVID era. High vacancies, poor management, decaying structures, and landlord bankruptcy has plagued this high end and sought after crowning jewel of the Inner Harbor long before hand its decline has accelerated even more in the past year. Before COVID hit, there had been talk of additional life saving renovations to the two pavilions on Light St. and Pratt St. and repurposing them for uses other than brick and mortar Retail. Now, it appears they're not coming back to life even once the Harbor Promenade is filled with tourists and area Residents alike. 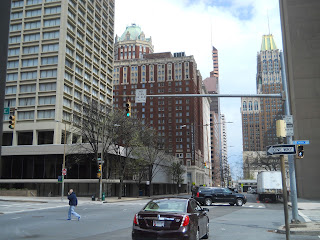 Many parts of Baltimore depend on the daily commute but none as much as Downtown. It contains the largest concentration of Office Space in the City and although Residential uses had been increasing in the years leading up to COVID, it hasn't been enough to empty out Downtown. As it turns out, many people who once called themselves commuters now can work remotely from home and it seems as though they don't want to stop once restrictions are lifted. So now the question remains; What do we do with all of the Office Space that is preparing to be emptied out by T. Rowe Price, Bank of America, Pandora, TransAmerica, and PNC among countless other Downtown firms now filling its buildings? Well, I don't know. I suppose some can be repurposed as Residences but can ALL of them? What about the Retail spaces that were meant to serve the commuter crowd? What about Hotels whose business depends on business travelers? This, out of all of the other facets of the economy listed has the largest domino effect and also will have the longest lasting devastation. Solutions will be needed and I hope to think some up. 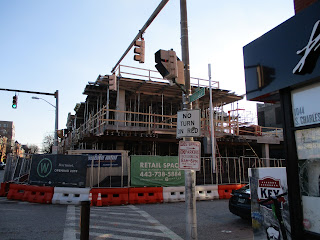 Now, don't worry. Baltimore's post COVID self isn't all doom and gloom, things will slowly but surely begin to come back as they will in the earth as a whole. In addition, none of the problems discussed here are unique to Baltimore and in some cases were not even caused by COVID but merely accelerated by it. Stay tuned for Part II: The Rebuild. 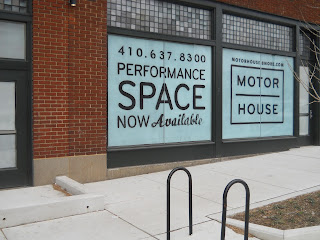