Waverly: Still Yellow After All These Years 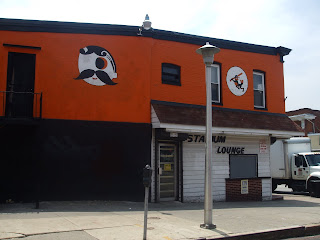 Yellow, in traffic it means slow down, prepare to stop or use caution conditions ahead maybe be hazardous. The cluster of neighborhoods I will describe all will focus on the same theme: the color yellow and the traffic signal analogy. 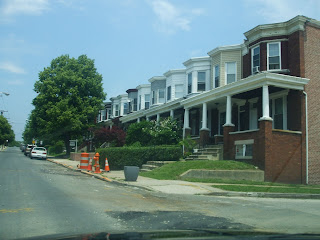 The title of the post can be deceiving it says they're waiting to turn yellow but they already are. The current conditions for someone who lives there or is visiting would have to use caution as there maybe hazardous conditions ahead. Waverly lies east of Greenmount Avenue north of Downtown and are a mix of row houses, lack luster retail, blighted industrial uses, surface parking lots and vacant under utilized land. 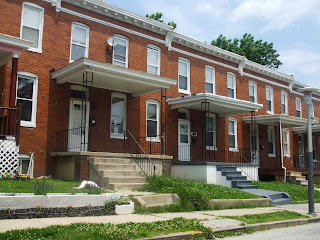 The color yellow wasn't always so closely associated with the greater Waverly area. It used to be "Green" as in all systems go full speed ahead. The communities grew as farming villages along the York Road just north of the city line. Rich businessmen built their weekend and summer estates along here as well. In the mid to late 1800s the greater Waverly area was annexed by the city and the neighborhoods were developed with row house and light industry throughout. By the mid 20th century the color yellow was being introduced into the cluster of neighborhoods. Overcrowding, blight, and white flight in East Baltimore Midway was occurring. Rather than turning "red" and turning the neighborhoods into crime infested ghettos by building public housing high rises the city did something a little different. 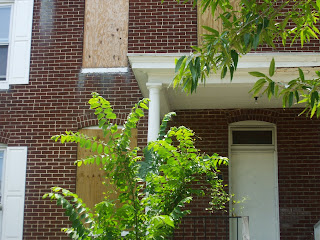 They rehabbed targeted blocks mostly along Grennmount Avenue and other main neighborhood streets and located the new Stadium for the Orioles on 33rd just east of Waverly in the Ednor Gardens neighborhood dubbed "Memorial Stadium." Memorial Stadium was a great boost to the neighborhoods surrounding it making them "Green" as in full speed ahead all systems go. East Baltimore Midway was still struggling but everything else was in good shape. Waverly and Ednor Gardens had become one of Baltimore's most culturally and economically diverse neighborhoods at a time when that wasn't the norm. Memorial Stadium carried Wavelry and Ednor Gardens into the 1980s when decline finally set in the neighborhoods began to turn "Yellow". Population loss and vacant boarded up houses were showing up. Even Memorial Stadium, the area's driving force was beginning to age and with the Inner Harbor revitalization its location seemed out of the way. The 1991 baseball season was the Os last at Memorial Stadium and next year they moved into their brand new home dubbed "Oriole Park at Camden Yards" which became a model for building new stadiums. It's also Downtown and a few blocks from the Inner Harbor and Light Rail. 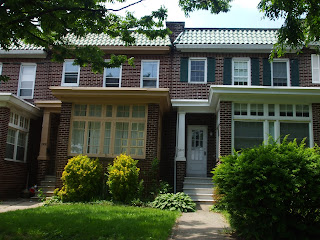 Conditions in East Baltimore Midway only worsened and it was spreading like wildfire into Waverly. Conditions had turned "red" as in stop! Memorial Stadium stood vacant, a shell of its former self for several years until Baltimore acquired itself an NFL team dubbed the Ravens (formerly the Cleveland Browns) used it as a temporary stadium until MT&T Bank Stadium was built for them Downtown adjacent to Camden Yards. The stadium was almost completely demolished in 2001 with the the exception of the Memorial that bared its name. One would think that this would worsen conditions in the Waverly/Lakeside area but then the community fought back. 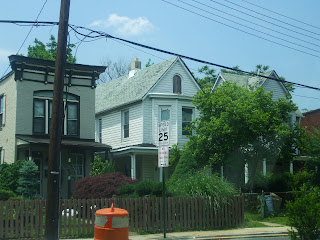 Crime still persists but there is an underlying community spirit that won't be shaken. Waverly/Lakeside has emerged as a culturally and economically diverse section of the city with residents old and new. There has been plenty of development since the demolition of Memorial Stadium. On the site a YMCA was built and senior housing. There is room for more development on the site that leaves room creativity. When Martin O'Malley was elected mayor of Baltimore in 1999 a promise of his was to attract quality supermarkets to the city. Waverly is now home to a brand new Giant. Also popular is the Waverly Farmers Market on Saturdays which has regional and local appeal. Conditions have moved from "red" to "yellow." East Baltimore Midway still remains "red" where investment hasn't picked up. 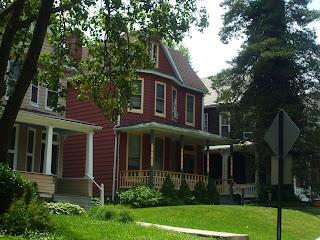 Now I come to a general conclusion and an explanation of the traffic signal analogies. I used traffic signals and mainly the color yellow as a theme to this post to introduce the Yellow Line of the Baltimore Regional Rail Plan. The Yellow Line has been ignored by the MTA as have many other transit initiatives but this time I'm focusing on the Yellow Line. The Yellow Line, built in full is supposed to go from Columbia Town Center to Hunt Valley where the current Blue Line ends. My version of the Yellow Line doesn't have it going to Columbia but running semi parallel to the MARC line at the Dorsey Station to Fort Meade for the expected influx of BRAC residents. The current Blue Line has two southern ends, one at BWI and the other at Glen Burnie. The Yellow Line would solve this it would use the Blue Line's route to BWI and the Blue Line would end at Glen Burnie. These portions of the Yellow Line aren't what would gentrify the neighborhoods discussed in this post. The biggest priority would be from Camden Yards to Towson. It would run under Calvert Street up to Penn Station and then Greenmount Avenue/York Road to Towson where it would meet the Blue Line. The amount of Transit Oriented Development in Barclay, East Baltimore Midway, and Waverly due to the construction of the Yellow Line is staggering. The Kirk Avenue bus facility can be turned into, with the 25th St. Yellow Line a Multi Modal Transit Hub for easy transfers to buses. 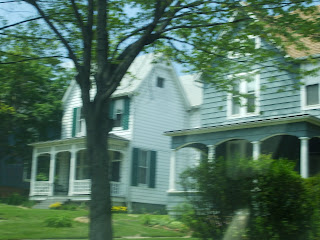