Reservoir Hill:Could We Be Sitting on Real Estate Gold? 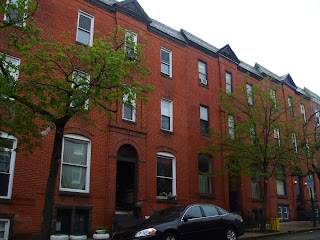 Reservoir Hill or Lake Drive as it was originally called was once considered a suburb to Downtown Baltimore and was home to Eastern European Jews who made it big. It also was and still is to some extent home to some of Baltimore's best row house architecture. Its proximity to Druid Hill Park and Eutaw Place (Bolton Hill) made a destination from the cramped over crowded neighborhoods of Old East Baltimore where the poorer Jews were still living. In addition to row houses some Reservoir Hill residents fancied the luxury of apartment living. Like the row houses, apartment buildings were also architectural gems. Although Reservoir Hill was an upscale neighborhood in its own right, it always played second fiddle to its neighbor to the south; Bolton Hill. 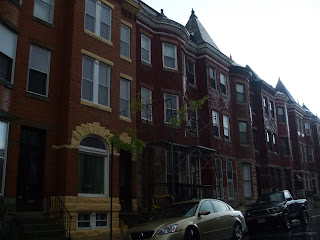 The story of Reservoir Hill after World War II is one that I've told many on this blog in different variations but I keep telling it because it has so much significance in Baltimore and urban America as a whole. Since the homes in Reservoir Hill are so large in size many divided into apartments to deal with over crowding. Since it wasn't too far from the black neighborhoods Reservoir Hill became majority black almost overnight. There was little to no evidence of block busting tactics here but I'm sure it was used by block busters as an example of how fast a neighborhood could change. 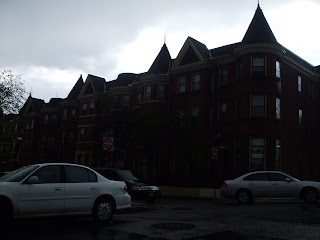 The flight to the suburbs was on in full force in the 1960s and 70s. It seemed as though urban America had become nothing but slums for the poor. Reservoir Hill had become one of those places with a sizable chunk of its housig stock being devoted to low income families. It was at this that Lakeview Towers and Extension was built. These were two public housing high rises located between Reservoir Hill and Druid Hill Park. Speaking of Druid Hill Park, it had been completely sealed off on all sides by high speed parkways and interstates. By the 1980s the blows of being an inner city neighborhood had taken their toll on Reservoir Hill. Population loss, trash in the streets, vacant boarded up homes, and a high crime rate had taken over this once grand upscale neighborhood. 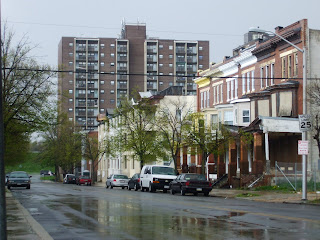 Today Reservoir Hill is in transition. Revitalization efforts have come in fits and spurts with varying levels of success. Homesteaders have lovingly restored blighted houses to their original elegance making homes that were multi family single family once again. The real esate boom of the early 2000s have made prices in Reservoir Hill shoot up sky high only to have that back fire by the real estate slump we're currently in. One reason Reservoir Hill hasn't gentrified the way citizens and elected officials have hoped is because it was done backwards. Usually a big development or redevelopment project will occur first and then spur homesteaders. Another reason is because so much of Reservoir Hill's housing stock is federally subsidized and it has to stay that way for a certain number of years, a roadblock for a mixed income community. There has however been news on the development front for Reservoir Hill. 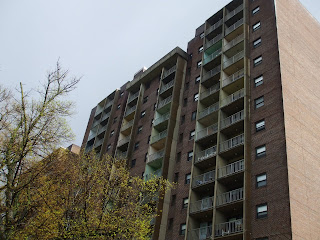 Vistas on the Lake" a new condo development taking advantage of the views of Druid Hill Park is being proposed by the same developer of "Waterview Overlook" in Cherry Hill. Remember when I talked about how grand it was to have an apartment in Reservoir Hill? Well I'd like to recapture that in a couple ways first demolishing Lakeview Towers and Extension and redeveloping it as a mixed use mixed income community. Second I will take the old once grand apartment buildings and rehab them into upscale condos and/or apartments complete with valet services, concierge, doorman, business center, and 24 hour on site maintenance. With big developments projects I'm proposing in addition to the already proposed "Vistas on the Lake" row house homesteading will be much more successful. Another problem with Reservoir Hill is its accessibility to its neighbors Druid Hill Park and Bolton Hill. Druid Park Lake Drive current separates Reservoir Hill from Druid Hill Park and is currently 10 lanes. I would have it narrowed down to 4 lanes to create room for a sidewalk and a lane designed for bikes. I would narrow North Avenue which separates Reservoir Hill from Bolton Hill and rebuild the homes destroyed to widen it further integrating the two neighborhoods together. Lastly I would widen Eutaw Place in reservoir Hill to expand the beautiful green landscaped median in Bolton Hill and turn it to two way traffic. 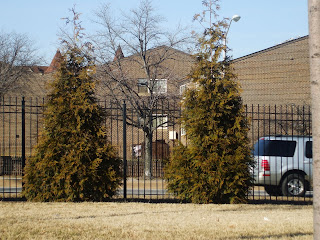 Now the initial question I posed was: Reservoir Hill Could We Be Sitting on Real Estate Gold? Short Answer Yes and you just read the long one.
Posted by Spence Lean at 8:59 PM