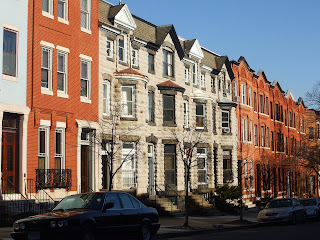 It's no surprise that Bolton Hill has fared much better than its neighbors to the north, south, and west, with lost of its eastern border blocked by the JFX. Its architecture is just that great, it has the Eutaw Place median, and the Jordan St. Park. Bolton Hill just had the "right stuff" to weather the storm of urban blight that the latter half of the 20th century cursed Baltimore with. Another reason that Bolton Hill could have survived the way it did was boundaries. The surroundings of Bolton Hill are almost fortress like. 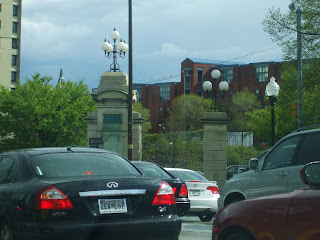 It's cut off from North Avenue, Madison Park, Seton Hill, the State Center and Mount Vernon. In an age where Bolton Hill's neighbors are trying desperately trying to revitalize and or redevelop maybe it's time Bolton Hill became neighborly once again and unlocked the fortress. 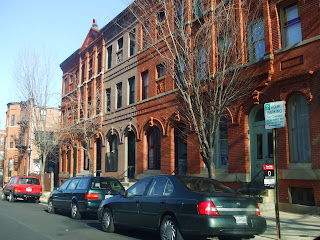 Bolton Hill was originally named after its glorious median at its western edge. Simply "Eutaw Place" it was home to Baltimore's wealthy German Jewish Community living in row house mansions or luxury apartment buildings. Residents were usually members of Country Clubs or other upper class social communities that accepted them. They were very "Americanized." 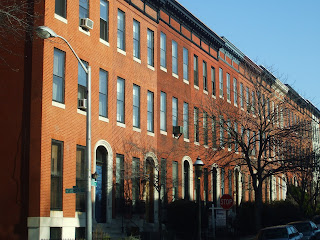 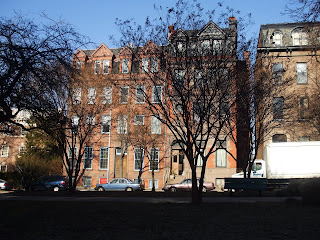 Eastern European Jews eventually began to make a name for themselves and began crossing North Avenue into "Lake Drive" which is known today as Reservoir Hill. Eastern European Jews tryed as hard as they could but they still felt out of place when compared to their German counter parts. 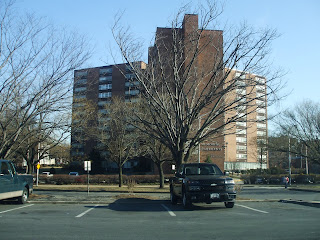 Eutaw Place residents had a sense of security that other Baltimore neighborhoods didn't have. As racial integration and eventual resegrgation took Baltimore by storm Eutaw Place residents (now known as Bolton Hill) didn't move. The Eastern European Jews of Reservoir Hill, who were accustomed to packing up and moving did just that, moving northwest. They've been on the move northwest ever since and are turning up in Carroll County. 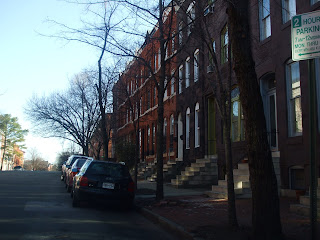 Today, Bolton Hill has pretty much avoided the decline of its neighbors but it has taken a new life; that of a College Town. With the UMB Mount Royal Campus and the Johns Hopkins Campus both within a short distance of Bolton Hill, students both undergrads and grad students have made Bolton Hill home. The row house mansions have, in many cases been converted into apartments making Bolton Hill today more dense than it was. The fortress, is still there but, there are development plans on the horizon and still more that I'm proposing that will make Bolton Hill neighborly once again. 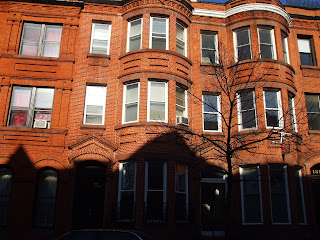 Some may argue and probably will that Bolton Hill's viability is due to the fact that is a fortress and that opening it up to surrounding neighborhoods will bring on the blight and decay that it's been fighting off for years. I believe that's it's a new day for Baltimore, and Urban America for that matter. I believe other neighborhoods can draw on the strengths of Bolton Hill and reinvestment and redevelopment will be brought upon Bolton Hill's neighbors. In other words, the exact opposite of what some may fear. 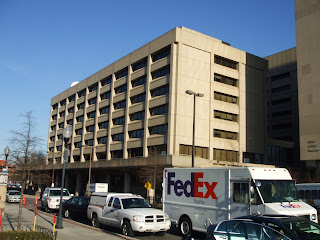 Development on the horizon aims to do just what I'm proposing; open up Bolton Hill to its surroundings. First, there's the obvious the State Center TOD. This is just below Dolphin St., Bolton Hill's southern border. Dolphin St. is wide and the State Center's large parking lot aide in creating the fortress. 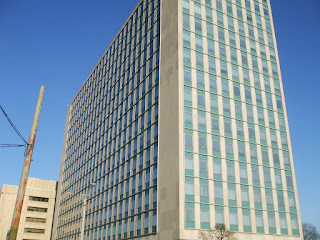 However, the State Center TOD plan involves developing the parking lots with high density mixed use mixed income development. It will be TOD considering both the Light Rail (Blue Line) and the Subway (Green Line) have stops right here. The blending of Bolton Hill and the new State Center has been given the name "Eutaw District" 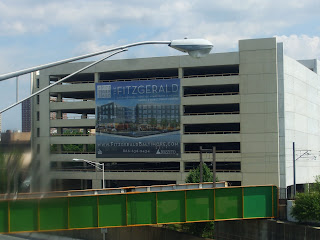 Also in the TOD category just northeast of Bolton Hill sits a vacant parcel of land on West Oliver St. that is currently being developed into Mixed Use Development anchored by a Barnes & Noble. 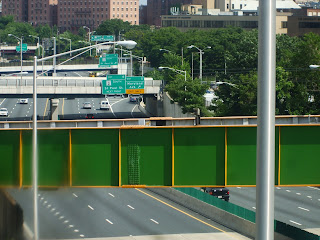 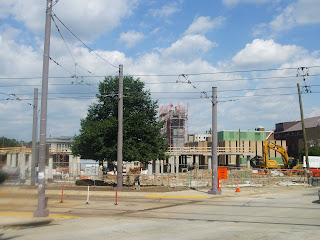 Bolton Hill doesn't seem to know it (or refuses to acknowledge it) but it's a TOD community! With the aforementioned stops at the State Center there is also a Mount Royal Light Rail Stop (Blue Line). 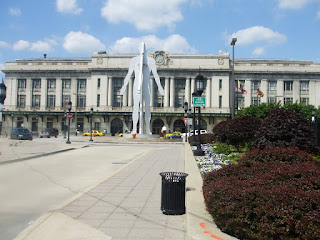 Penn Station is also a hop skip and a jump away (Purple Line, MARC, Amtrak, eventually Yellow Line). I think renaming the Mount Royal Stop to Bolton Hill will pay homage to the fact that rail transit is near Bolton Hill and that will make it more integrated with the rest of Baltimore. 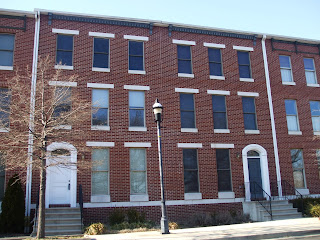 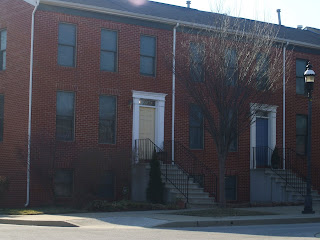 Spicers Run is a great addition to Bolton Hill but further reinforces the fortress. None of the homes in Spicers Run face North Avenue. 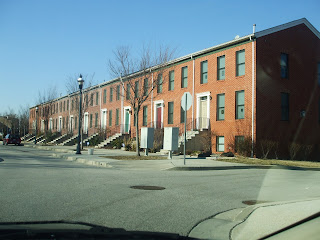 In fact, residents want a fence to further block it from North Avenue. 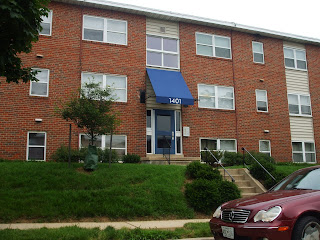 Along Eutaw Place there have been some buildings that were obviously built in the 1960s or 70s. The same can be said about an Apartment Complex there known as Bolton Crossing. 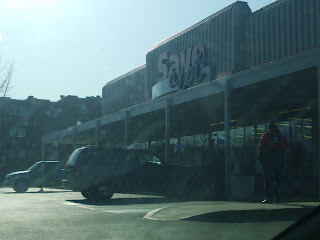 Now we come to the retail that's actually within Bolton Hill's boundaries. This should be quick because all there is is a Save A Lot and a Rite Aid. Like so many Baltimore neighborhoods (many of which I've written about) Bolton Hill's retail doesn't fit the clientele it's supposed to serve. I suggest replacing the Save A Lot with a Whole Foods and the Rite Aid with a Pottery Barn. Even with this retail swap Bolton Hill is still under served retail wise. Look no further than Eutaw Place. Eutaw Place has always been Bolton Hill's "Main Street" and I think new development along here should have a ground floor retail or even semi below ground retail. 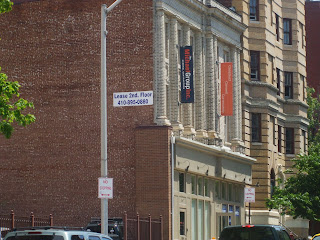 Take a stroll around Mount Vernon and you will see semi below ground retail in beautiful Brown Stone row homes turned into apartments with retail. 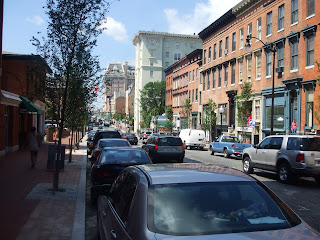 Could this be the future Eutaw Place? I'd like to see it that way. Just use your imagination. The sidewalk to the left would be the median of course. But here we have beautiful architecture with mid market to upscale ground floor retail with residences above, ample parking, and uncongested traffic flow. A pilot program for can be started by redeveloping Bolton Crossing. 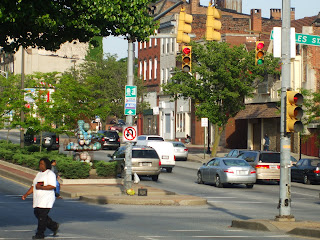 Last we come to North Avenue. It's not this big bad scary road that so many people make it out to be. Bolton Hill is just blocks from Station North where North Avenue is viewed as an asset not a liability. How do we do this with Bolton Hill? 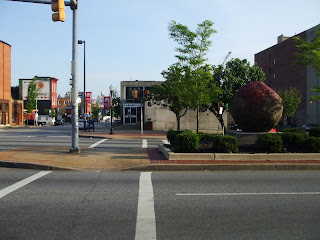 First we have to redevelop the southern border of Reservoir Hill which consists of the Madison Park North Apartments. 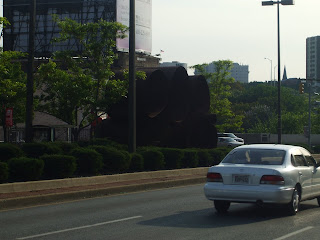 Then we connect the streets in Reservoir Hill that are also in Bolton Hill but don't intersect North Avenue. The streets I'm refering to are Bolton St. and Linden Ave. Also there's a Parking Lot where John St. ends that if developed would complement Both Bolton Hill and Reservoir Hill. Next to that Parking lot there's a vacant lot that should developed in the same manor. 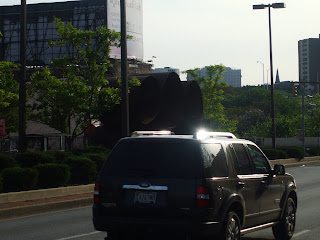 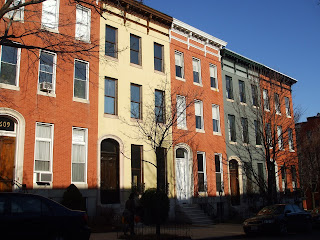 Great Blog. I work in a drug rehab facility and as soon as i can i want to move to Baltimore.

Thanks for both of the positive comments, Narconon, Baltimore desperately needs Drug Rehab facilities, I'm sure if you moved here you'd be able to find a need for your services. There are other posts on my blog that offer possible solutions on assisting addicted Residents on getting clean and sober.

I find it odd that this post doesn't mention the Maryland Institute College of Art. MICA students living in Bolton Hill play a large part in it demographics

I just moved to Baltimore and thoroughly enjoyed this post. Transit Oriented Development is right! I moved to Bolton Hill to be close to the MARC. Great to know some of the history as someone who moved here from out of state. Thank you very much!

Hello, The Boston Crossing Apartment Complex you referred to as being in Boltn Hill / Eutaw Street is incorrect. It is on Boston Street in the Medford Broening area a completely different area from where you are writing about. The information and photo should be removed since it is factually incorrect.

I'd like to start off by saying that I really enjoy your blog. I would like to offer an alternative to adding retail to Bolton Hill, however. My suggestion would be to redevelop the current retail area along with the troubled Pedestal Gardens Apartments, located at the corners of Eutaw PL and McMechen St. The apartment building on the odd side of Eutaw Pl, right across Jordan St, from the retail location could be bulldozed, along with the current shopping center. What I would suggest in it's place would be a retail/ residential complex, similar to the Village Lofts, located at 3201 St. Paul St. I would even suggest getting rid of Jordan St. altogether between McMechen St and Wilson St, since it appears to only provide parking for the apartment building. Much like Village Lofts, the ground floor could offer retail space with both McMechen St and Eutaw Place frontage. A parking garage for residents could be placed underground, and directly behind the retail, again, like the Village Lofts. Market rate lofts or condos could then be placed on top. Thanks to the Marlborough apartments and the Linden Park Apartments, the area could easily support a four to five story building. Angled parking, for customers, could be provided along McMechen St, but not in a lot as big as what's there now, to encourage residents to walk to the stores. As for the rest of the Pedestal Gardens complex, my suggestion would be to knock down the entire complex and replace it with new rowhomes, in the style of Spicer's Run. The homes could have Eutaw Place and Madison Ave frontages, with rear facing garages on a courtyard, roughly in the area of the current Pedestal Gardens Apartments. Again these homes could be market rate, but with a percentage of both the lofts and rowhomes being reserved for affordable housing. With this, the area could add retail space and rid itself of the violent, troubled eyesore that is Pedestal Gardens. Just my $.02.

This is shit. People in Bolton Hill like the Fortress as you call it and the people who want the fence from North Ave wouldn't be saying it if it weren't needed. You probably just want the money that opening this neighborhood will bring, you aren't thinking at all about the people who live there. Just like Charles Village got "opened" by Hopkins University bringing in inept black security guards from Greenmount Ave that do nothing but hang on their phones all day or in people's doorways eating food and leaving their trash around everywhere. They encouraged their low life thug neighbors and others to come to the neighborhood. Now we have thieves,big time begging, sleeping under our porches. The ones who want to look uppity white, just go for the superficial, with the fake hair and outlandish clothing where most of their body parts hang out. But they have no manner behaviors. They all just want to be around the alcohol, so our used to be neighbor hangout has now become the influx of ghetto folks who are loud and they fight when the bar closes. They think that now that they are in our neighborhood that they can play their car stereo's right out in front of the bar and that it's acceptable. They throw cigarette butts everywhere and when they finish with any food item they throw their trash right there even though there is a trash can ten feet away. No, not until they start acting like clean, quiet decent neighbors, they shouldn't be allowed to come into civil clean neighborhoods to bring the property value down. So no to your opening Bolton Hill to Drug Clinics and thieving, loud low life's. They need the Fortress just as it is. I bet you don't live in a neighborhood that has been opened to I'll behaved thieves and murderers, do you?