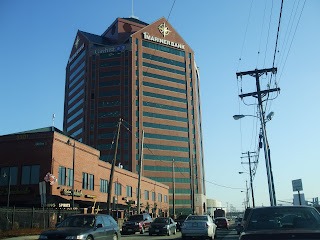 What does it mean to be an investor? It means you give or "invest" your money assuming you will get your money back and then some. Some people have multiple investments where, in order for one investment to be properly funded, a return on another investment must mature or be paid back in a timely manner, otherwise all of that person's investments will fall like a house of cards. 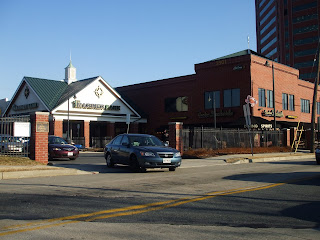 Enter 1st Mariner Bank CEO and Developer Ed Hale. Ed Hale was and may some day be yet again, a great investor. It was he who bought the land at Boston St. and Clinton St. in hopes of developing it into prime mixed use waterfront neighborhood and anchor to Canton. It was to be named Canton Crossing. In 2006 the first and perhaps the most well known part of Canton Crossing was completed. It was and is the 1st Mariner Tower which also was Ed Hale's private Residence on the top floor. With lots more development of Canton Crossing on the horizon with retail tenants waiting in line to lease and with the 1st Mariner Tower almost fully leased Ed Hale had it made. Or so we all thought. 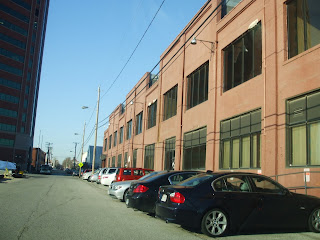 In 2008, while we thought everything was hunky dory, Ed Hale was on the brink of financial disaster and as a part of the house of falling cards effect so was Canton Crossing. Although Ed Hale is the CEO of 1st Mariner Bank, he didn't borrow from his own Bank, instead he borrowed from Ixis Real Estate Capital Inc. For reasons unknown, Ed Hale was unable to pay back Ixis and had to default. A Columbia Real Estate firm stepped to throw Ed Hale and Canton Crossing a lifeline in the tune of $24.8 Million. At the time of the economic downturn, Ed Hale was behind on paying back that loan as well and the symbolic tower of Canton Crossing went into receivership. 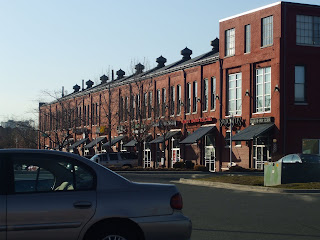 Since the Canton Crossing tower was always a hot property at 91% leased, so even in the worst recession since the Great Depression it wasn't a huge surprise that it had a buyer relatively quickly after going into receivership. Ed Hale was relieved of his debts and Canton Crossing when it was sold to Corporate Office Properties Trust or COPT. 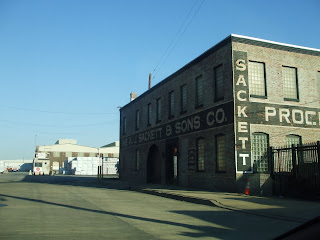 Ed Hale isn't sure how much of, if any of the undeveloped land in Canton Crossing will go along with his original plans or if he'll have to sell that too. There has been talk of another tower like the 1st Mariner Tower by COPT. If you've seen Canton Crossing's plans you'll see that this wasn't a part of them. This post is dedicated to Ed Hale and his vision for Canton Crossing and an SOS to keep it alive. Luckily, COPT won't be evicting existing tenants in the tower (except Ed Hale himself) but not 1st Mariner Bank. What's made Canton Crossing as successful as it's been is its mixed use concept that seems to be perfectly balanced between Residential, Retial, Office, and a Hotel. There were also talk of a Target and a Harris Teeter. Perhaps the icing in the cake that despite this mix of uses Canton Crossing promised have a Main Street theme with a Promenade. 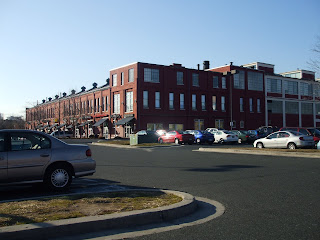 It is my belief that any disruption to this urban development ecosystem would hurt all existing tenants because they chose Canton Crossing for what they thought would go there. So changing Ed Hale's plans in my opinion would slowly kill the whole project. So join me in my desperate pleas to COPT in saying and those who may end up buying Canton Crossing's additional 31 acres still owned by Hale; Keep Ed Hale's Canton Crossing Alive!
Posted by Spence Lean at 12:47 AM

Ed Hale still owns all the land around the tower and still plans on developing Canton Crossing. The plans are beautiful and consist of everything you've mentioned. To my knowledge he still has informal commitments from Harris Teeter and Target and a few other retailers and restaurants. He will break ground once the economy improves and the commercial lending market unfreezes. He bought this land a long time ago with a vision of developing it and owns it personally. It is not a part of the bank's assets or liabilities. Unless he goes into personal bankruptcy (and he has taken steps to avoid this due to people's association with his name and the bank), Canton Crossing is still going to be developed.... just a little delayed. It is not only what this area needs... it is going to be an important component of revitalizing Baltimore and creating more jobs. Ed Hale had a vision and he will stop at nothing to complete it. He is a fighter and will weather this economic storm.

I can see why you would think that Ed Hale still owns Canton Crossing. The website still lists him as such. However, if you look a little closer you will see the "news" section's last post was in 2007. Here are links to what I based this post off of. http://baltimore.bizjournals.com/baltimore/stories/2009/10/26/daily25.html and http://www.copt.com/web/page/623/sectionid/559/pagelevel/2/parentid/559/interior.asp these show that the torch of Canton Crossing has been passed. I too believe Ed Hale is a fighter that's why I believe in Canton Crossing as is and he eventually will be a major player in Baltimore again.

I can see why you would think I'm wrong based on the article you read. If you look at the history of land purchased by Hale over the years and then compare it in it's entirety to the COPT transfer you will see that COPT purchased 10 acres. Hale owns an additional 31 acres which is the site of the planned retail development called "The District at Canton Crossing". Hale has partnered with Greenburg Gibbons to build this. To the best of my knowledge he still owns the land and the development rights to this site.

Well, it seems both Hale and COPT want to claim ownership of undeveloped land. Who does? I'm sure it's split but the clash of egos on both parties want to say they have control. One thing everyone knows for sure is that the 1st Mariner Tower is owned by COPT and Hale sold it to them to avoid foreclosure. Hale is also trying to raise money to keep 1st Mariner Bank afloat. In doing so to raise money he may have to sell more of Canton Crossing to do so. Whether it's to COPT or another company, we both want Canton Crossing as Ed Hale dreamed it to be a reality. I adjusted the post as if Ed Hale still owns all of Canton Crossing except the tower.

It was also my understanding that his default, at least in part, was a technical default; that is, not triggered as a result of a late payment, but by being out of compliance with some loan covenants.

Most prudent lenders will only declare a technical default as a last case scenario, but the impression I get is that these folks were not exactly what one would call "prudent lenders." Too bad.

Are Ed Hale's financial troubles over? He is selling the condo he just bought in Anchorage Towers and there are continuing rumors about his, and 1st Mariners, financial health?

I have a friend that live in Baltimore and I remember that the day that I went to visit him I made many friends because people are so friendly.Buy Viagra Viagra