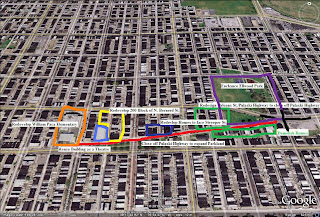 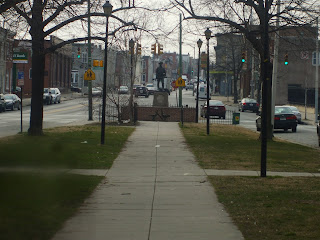 In my own going effort to revitalize all of East Baltimore, I came across a draft for a Master Plan for Library Square. It touches on some great ways to keep up gentrification moving above Patterson Park. Two things it doesn't do is address the one way stub of Pulaski Highway between Orleans St. and Fayette and the other is Ellwood Park. In addition to what is proposed in the Library Square Master Plan I will add my own input to achieve my ultimate goal of this post; turn Library Square and Ellwood Park into one large park. 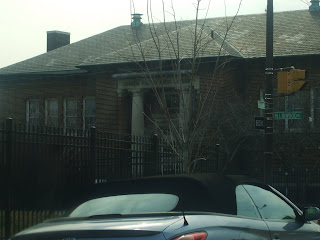 Not surprisingly, Library Square got its name from a Library; the Patterson Park Branch to be exact. The triangular strip of parkland is one of Baltimore's best secrets and undiscovered treasures. The neighborhoods of Elwood Park, McElderry Park, and Baltimore Highlands which surround Library Square were built around the turn of the 20th adapting the typical "cookie cutter" East Baltimore Row House. It housed workers from Bethlehem Steel, Brewers Hill, and Canton. As Industry in Baltimore went into decline, so did the neighborhoods that housed their workers. Today, East Baltimore Row Homes have surged in popularity due to their smaller size ans relative affordability to rehab and customize. Now for my recommendations. 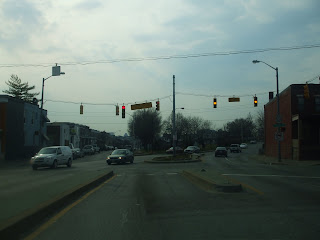 Perhaps the biggest road block (pun intended) that's holding back Library Square is Pulaski Highway. For reasons I don't understand, it continues past Orleans St. as a one way westbound street for a couple of blocks before blending into Fayette St. Now Orleans St. is not a one way nor is it narrow so it can support any and all traffic that would continue along Pulaski Highway. Closing off this Pulaski Highway "stub" labeled in black and red on my Master Plan Map would be the perfect solution. The road would be turned into an expanded Ellwood Park on the east and an expanded Library Square on the west end. 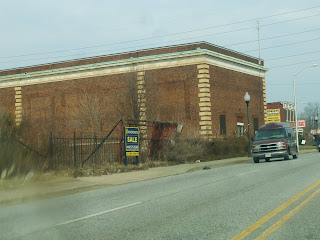 The homes along the north side of Fayette St. and the south side of Pulaski Highway would be demolished. This is labeled in green on my Master Plan Map. This would expand the Library Square "Triangle" and would meet Ellwood Park uniting the two. The demolition would be from Curley St. to Ellwood Avenue. Please keep in mind that the Library Square Master Plan I'm going off of was brought about by residents and that their plan includes a lot of redevelopment. 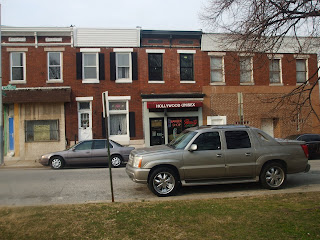 The few Row of homes on the north side of Pulaski Highway (in dark blue) would be redeveloped to have their front doors face their nearby cross streets. 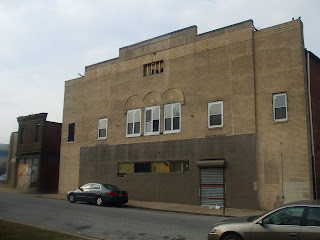 This lone building at Pulaski and Belnord would be spared (light blue on my Master Plan Map). A good reuse in my opinion, would be a Community Theater, Art Gallery, or Musician Space. Each use would contain a Bar and would be open to local Artists of all varieties. Upstairs would be loft Apartments. Parking would be behind the building on Belnord Avenue. 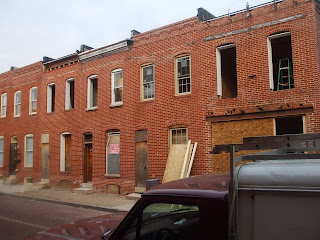 Speaking of Belnord Avenue, the 200 block is probably in the worst shape in the area I'm studying in the post. It's in yellow on my Master Plan Map and the Community Gallery backs to it. A redevelopment with new housing and a parking lot for the Gallery would help not just the 200 block of Belnord Avenue but Library Square as a whole. That is, unless somebody rehabs the vacants and moves into them first which is entirely probable. 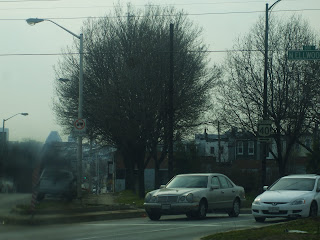 Last but certainly not least is Ellwood Park. Ellwood Park is now part of Library Square. One thing the Library Square Master Plan said that Ellwood Park has great potential but it apparently doesn't want to tackle the issue. So that leaves me to do so. First off, I'd take away the fence that goes around the entire perimeter of the park. I believe this was done as a safety precaution but it makes the park uninviting. In the middle of the park I would make it more like a Public Square with a fountain, benches, and adequate lighting. The northwest side of the park would contain a Baseball Diamond. The southern edge would contain a Football/Soccer Field. The Park will close at dusk. The east side of the park already has Basketball Hoops. Also on the east side of the park would have a Youth Center. This would be great for homework help with Tutors on hand and will contain Computers with Internet Access. With Elwood Park as a neighborhood draw, the neighborhood which is in worse shape than Library Square can improve pushing gentrification still further north. Well that was two cents on Library Square now the real Master Plan can take over. 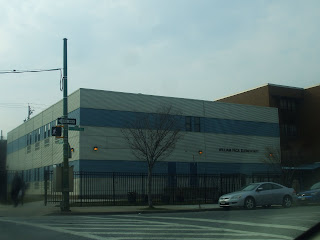 I admit I took just a passing glance at your plan, but, I'd say the homes at Streeper St may be of more value if the front doors faced the park. Sure, the address could be a Streeper St address and the mail delivery would happen there, but there's no reason that a front door absolutely must face a street that carries traffic.

thx u very much, i learn a lot

The original master plan was developed by the PPCDC, which is defunct. I doubt very seriously that it will ever go forward in its entirety. I wish that it would, but more and more residents are moving into some of those homes set for demolition, and it will get more expensive every time a house is occupied.

Thank You a ton for writing such a wonderful piece of information. Keep sharing such ideas in the future as well. This was actually what I was looking for, and I am glad to came here! Thanks for sharing the such information with us.

Hi! Trying to locate that old PPCDC plan and see how it overlaps with the new PPNA plan and the beautifully created McElderry Park plan. Any Ideas on where I could find it? Thanks! Leanna at Banner Neighborhoods

Great pics that you added.