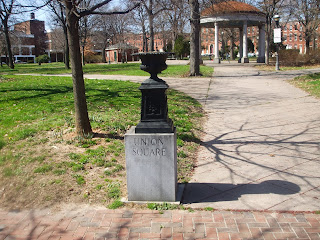 What do you think of when you think about Union Square? Frankly, I don't know what you the reader thinks because I'm not psychic but I'll tell you what I think. I think of a "Gentleman's Community" with large row homes whose piece de resistance was and is the public square in the middle of the neighborhood. This was one of the first suburbs to date of Baltimore. Hard to believe Union Square was once considered a suburb right? Well, a lot of the City's wealthy Merchants flocked here to get away from the smog that was Downtown. Sounds suburban to me. 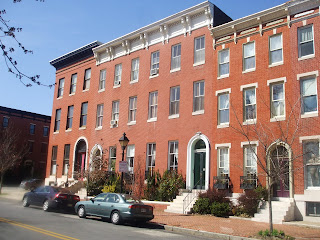 Union Square remained a destination even post annexation and "suburbs" sprang up like crab grass to its west, that is until the 1960s. The 1960s was when Baltimore's flight to the suburbs was in full force. New "slum eliminating" efforts that failed miserably like Lexington Terrace and Murphy Homes scared residents of Union Square away in droves. This decade was Union Square's biggest decline. 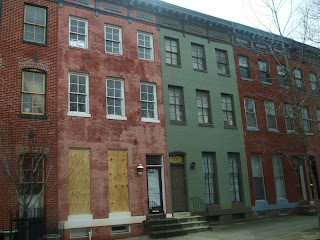 Boarded up row homes like this one became much more common in the decades following the 1960s. As Compared to other neighborhoods that fell into decline as a flight to the suburbs victim, Union Square fared quite well. Crime wasn't nearly as bad as its neighbors to the west, north, and south. Union Square's biggest enemy was and is population or lack there of. 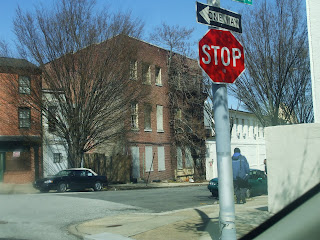 The gentrification of the Inner Harbor did not effect Union Square very much. The barrier known as MLK Boulevard could have been to blame for this. Now not everybody left Union Square, through it all Union Square remaining residents made sure their neighborhood and its prized public square did not decay as badly as others. 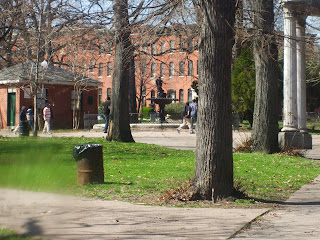 The public square was probably Union Square's biggest saving grace. If one walks the streets of Union Square (I have) you will see that the healthiest housing stock has frontage to the square itself. The H.L. Mencken House is located right on the square on Hollins St. which has sparked interest in the Community, not enough for a population surge. The square, however remains to be an invaluable asset as residents use it as a gathering place. 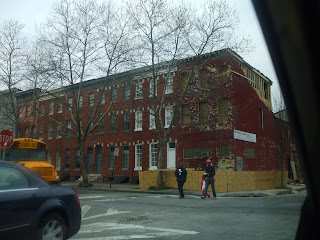 The gentrification of the Inner Harbor finally crossed MLK Boulevard into Pigtown and Hollins Market in the 2000s. Both neighborhoods received a population gain as old boarded row homes became populated once again. Pigtown even has new housing known as Camden Crossing built on an old industrial site. It looks very suburban and doesn't go along with Pigtown's smaller housing stock but has brought new residents into Pigtown none the less. 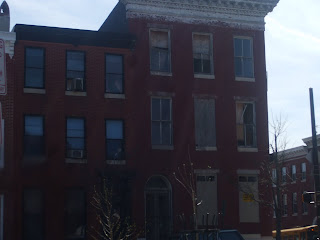 Now Union Square did begin to see signs of new life before the Real Estate Market crashed although not nearly as drastic as its neighbors to the east. I do think had the Market not crashed Union Square would be seeing the same population surge that Hollins Market and Pigtown were blessed with. Now when the Market comes back I also believe that Union Square will see its day in the sun once again. However, I do see a major hurdle that Hollins Market and Pigtown didn't face. The housing stock in Union Square is larger, therefore the asking prices of vacants will probably be higher and the sheer cost of renovations will be higher because it's more house. 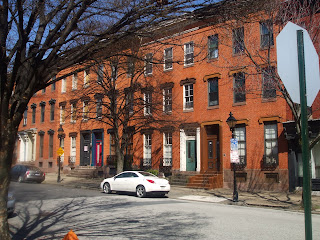 Now how do we solve this and make all of Union Square look like the homes pictured above? Since both Hollins Market and Pigtown still have vacants we price the Union Square vacants the same as the smaller ones in the aforementioned neighborhoods. Then comes the renovations, something that buyers of vacant homes will have to roll up their sleeves and tackle. Well, in order to pay for said renovations I imagine most buyers will have to take out a loan. Now loans are made and broken through interest rates. So rehabbers in Union Square will be given special below market low interest loans which will make their payments on par with smaller homes. 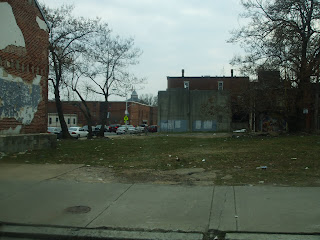 Now Union Square shouldn't warrant much new housing but pictured here is a vacant lot with blighted homes surrounding it. This is an example of where new housing is the only option. Now, what we don't want is another Camden Crossing where the new housing sticks out like a sore thumb. New Housing should be built to look like a carbon copy of the existing housing stock. It should look like it's been there the whole time. 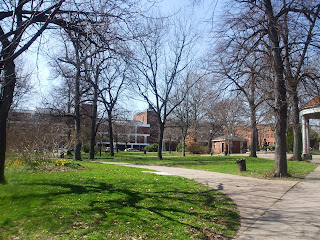 The western end of the square itself is another spot for new housing. Stuart Hill Elementary does not coincide the neighborhood. With City Schools facing a surplus of classroom space (their only surplus) they can afford to lose Stuart Hill and have its student body redistricted to either Fredrick or James McHenry Elementary in neighboring communities. New housing in place of Stuart Hill should again look like it's been there the whole time. 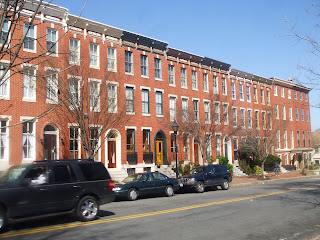 Now I titled the post that Union Square is a once and future "Gentleman's Community" suggesting that at one point it wasn't. Well, the deeper I immersed myself in Union Square both in the past and present I came to find out that it always has been one. There have always been residents who know the Community's strengths and their voices will finally be heard. Union Square, your rebirth starts now! 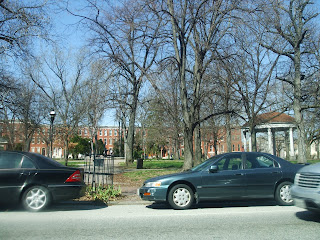 I was cleaning up the Union Square Online website and realized I never thanked you for the wonderful post and photos that I quoted on my blog. (here's the link): http://unionsquareonline.blogspot.com/2010/03/shout-out-from-baltimore-future-blog.html

Thank you so much! I really enjoy reading your blog and I've added it to my favorites.