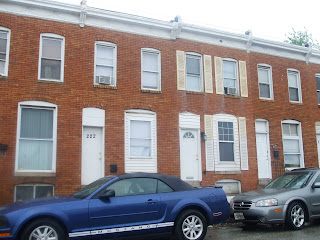 In the ever blurring line of gentrification between Patterson Park and Hopkins lies the southern edge of the Middle East Neighborhood. Middle East actually goes east, north, and northeast of Hopkins. The portions of Middle East most commonly discussed are those north and northeast of Hopkins. Why? Because they were the most blighted and abandoned and have been torn down in favor of the Hopkins Biotech Park and 1500 units of new mixed income housing. Now what's happening to the much less blighted portion of Middle East? Well, I for one am renaming it the "Middle East Preservation Zone." 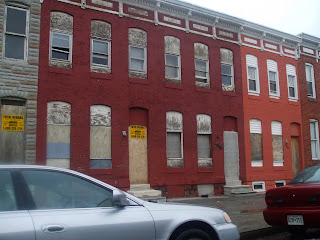 Now why would I take an area with blocks of homes like these and name it a preservation zone? Well, for the answer to that I take you to Butchers Hill, Highlandtown, Upper Patterson Park, and McElderry Park. All of these aforementioned neighborhoods are located between Pratt St. and Monument St. (except Highlandtown) and have similar stock of early 20th century row homes. Once more they were at one time in a blighted state with almost as many vacants as there were occupied homes. Some of these neighborhoods have been completely gentrified while others are well on their way with hardly any new housing. 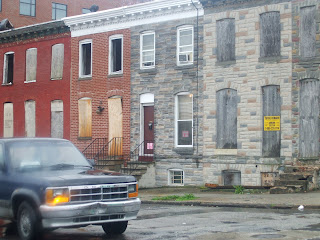 The City put out Master Plans that have called for massive redevelopment of these once blighted neighborhoods. However, something happened; something not done all that often in Baltimore's colorful history. Before the City and its team of developers could get their bulldozers ready the vacants began being bought up. Collectively, a huge group of homesteaders looking for affordability in the City set their sites on East Baltimore and began buying up Upper Patterson Park and headed west into McElderry Park. What's next? Well going in the direction of the Homesteaders I'd have to say the Middle East Preservation Zone. 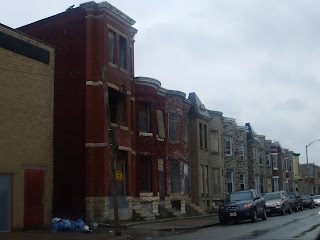 It's not easy to fathom but I project that in 5-10 years these homes will still be standing, be fully occupied, the streetscape will be greened. Why am I so confident? There's a pent up demand for affordable housing which has only become more urgent as the economy went south. Now the City doesn't have the time or resources to build that many new houses or rehab houses like these or such a large scale. However, you the consumer does. No I'm not saying you have the resources to buy up hundreds of vacants but you could have the ability to buy just one. There are hundreds of people who have the ability to buy just one vacant thus fueling the gentrification and re-population of the Middle East Preservation Zone as well as parts of McElderry Park that haven't had it yet. 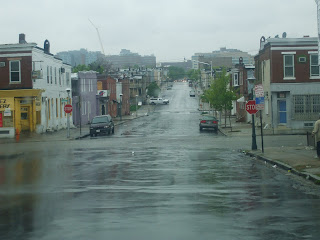 Now can the City do anything to speed up the process? Absolutely! Since everybody's (especially Banks) are exercising extreme caution when it comes to mortgages renovation loans; the City can offer homes for the purchase price of $1. I have advocated the return of this incentive that revived the neighborhoods near the Harbor for stagnant neighborhoods across the City and the Middle East Preservation Zone is no different. Looking at this two way street (McElderry St.) one can't help but notice how wide it is and how easy it can be to speed down. For a residential street like this high volumes of traffic should be discouraged from using them and diverted a block or two north to Monument and Madison Sts. Both McElderry and Jefferson Sts are too wide for their own good. Many gentrified neighborhoods have introduced angled parking in front of their homes and businesses. I think that introducing this concept to McElderry and Jefferson Sts will be a step in the right direction and making them "one way couplets" one westbound and the other eastbound will reintroduce these streets as residential streets and will make drivers slow down. Also as a "gift" to each new home owner buying into the Middle East Preservation Zone the City should plant a tree in front of their home to "green up" the neighborhood. 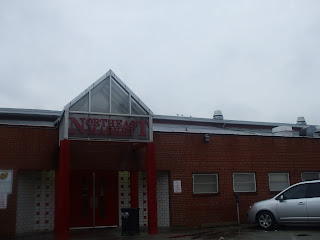 Now there is a little room for redevelopment as there are some vacant lots where it appears entire rows of homes were demolished. Now I shift focus to two Community Anchors that I think should be redeveloped. The first is Northeast Market. Currently runs north south encompassing Chester St., Duncan St., McElderry St., and Monument St. Its Parking lot is east of Duncan St. I think the multiple entrances create a "lack of place" and make it a windowless bunker. I think it should be redeveloped with one big grand entrance on McElderry St. between Chester and Duncan St. the new Northeast Market will be two stories and the second story will cross Duncan St. and the Market will continue where its current parking lot is. A grand exit will be placed here. The new Market will be shallower and its new parking lot will be behind it on Chester St. stopping just short of Monument St. 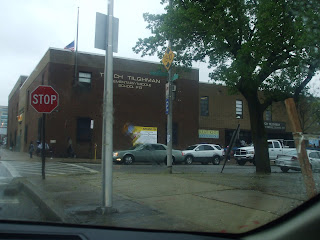 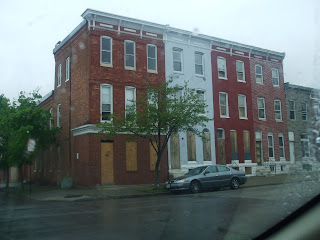 Now for an area that is sure to repopulate itself it would seem that I'm asking the City to invest a lot into it. Well, some of goes along with other things I've proposed Citywide and I'm just applying them here. Also, when buying into a neighborhood, it gives residents peace of mind that the City cares about it and wants to see it make a comeback rather than seeing it crumble which has been the case in so many other neighborhoods. No, the Middle East Preservation Zone will rise again!
Posted by Spence Lean at 12:52 AM

Who owns the vacant homes, does Balto City own them?

Great post! such a beautiful part of the city that can easily be saved! I too highly advocate the 1$ homes. If it worked so well, it makes perfect sense to continue the program. Also, more people from Johns Hopkins that work there could decide to move in the neighborhood instead of always choosing the suburbs due to the condition of the neighborhood. East Baltimore is gorgeous, it's just in bad condition for the most part. I have hope for that part of the city!

I always like your blog post because you always comes with different ideas and information. I always shared your site post with my friends. Keep posting and i will follow you. nsa and bsa

Amazing post! East Baltimore is beautiful, it's just in bad condition for the most part. I hope for that part of the city!nsa   bsa