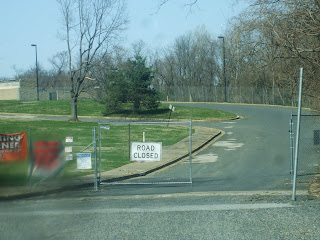 You can see examples of this all over the City; Schools that have closed and ceased operations as a traditional Public Schools. Some have been reborn as "Smaller Learning Communities" while others have been transformed into some sort of Community Center. Most of these Schools have very small campuses so large redevelopment of a campus can rarely be discussed if one closes. My continuing focus on SoWeBo has taken me to Southwestern High. I have exhausted all avenues in seeing whether it's currently being used as either, if it's another School, it can easily be relocated to the under crowded Edmondson/Westside Campus just a mile or two northwest. 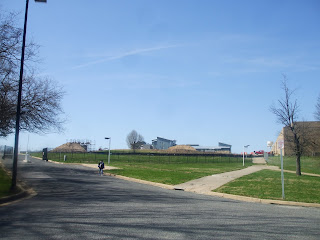 Those of you who have taken the small journey down Font Hill Avenue from Fredrick Avenue know that the Southwestern High and surrounding undeveloped outback is huge. If you haven't taken said journey you'll be surprised at how much land is back there and how easy it is to pass it. If I weren't looking for Font Hill Avenue to take these pictures I'd just assume drive past it. As I keep going east towards Downtown and St. Agnes Hospital, I will cross over a little bridge that most pay little attention to. The bridge is the MARC Penn Line tracks going under Fredrick Avenue just past Southwestern High. See what I'm getting at? 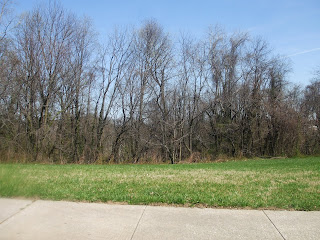 In the DC area complete Communities are built for the sole reason that they're on the metro line (TOD). In Baltimore there aren't enough rail lines yet for that be a demand yet. One way Baltimore can begin to be a better City in terms of Rail travel would be to adapt a concept in the 2002 Regional Rail Plan to "localize" the MARC lines in the City. The Purple Line would be on the tracks of the MARC Penn Line and the Orange Line on the Camden Line. St. Agnes Hospital and the Southwestern High Campus should be the first stop on the Purple Line. There's already a Master Plan in place for the West Baltimore MARC Station just a mile or two north. The concept of localizing the MARC lines hasn't been met with the best reviews. I embrace it with open arms for both its low cost and fast completion (don't have to add tracks just trains.) 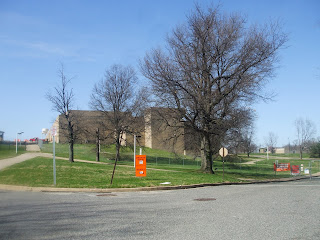 It's not hard to get the idea of this post. In fact, it can be summed up in just a few words; Redevelop Southwestern High and surrounding outback with mixed use TOD with retail lining Fredrick and Font Hill Avenues and right a passenger boards and gets off their train. This new stop that serves Fredrick Avenue and St. Agnes Hospital will not be a MARC Stop but a localized stop on the Purple Line which can be made a reality in the VERY short term. There that's it, it's that simple, a 25 year old who didn't major in Traffic Engineering or City Planning could have thought that up. As a matter of fact, one did; me! All this or can be done while the powers that be (who do have the above stated degrees) argue the finer points of the Red Line Baltimore can be well on its way to becoming a World Class Rail Transit City starting with Southwestern High. 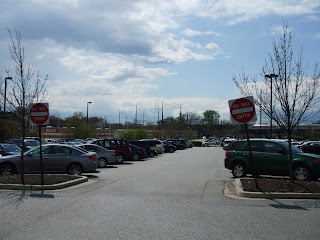 The buck doesn't have to stop at Southwestern High, in fact I discourage it. The West Baltimore MARC redevelopment (pictured above) can move ahead without the Red Line. The Purple Line can continue eastward into the industrial ruins of Rosemont generating a Stop and TOD there. Past Penn Station it can stop at the East Baltimore Biotech Park without waiting for the Green Line expansion to Morgan. It will continue to an East Baltimore MARC Station yet to created in Orangeville and out of the City where TOD can occur in congested East Baltimore County Communities such as Rosedale, Rossville, and Perryville. Yes it's true that the Purple Line will be TOD Galore starting at Southwestern High and graduating Baltimore from a rail transit no man's land to thriving World Class Transit Hub. Full Speed Ahead!
Posted by Spence Lean at 12:16 AM

I enjoy reading your blog, and learning alot more about B'more city. Thank you!