Edmondson Village:Driven by the Outside Market 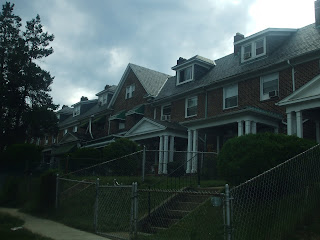 Edmondson Village's demographics have always been driven by outside forces. First it was the advent of James Keelty's "Daylight Row Houses" which features a window in every room. This brought Baltimore's White Middle Class Christians and Catholics to Edmondson Village. Then came blockbusting, Real Estate agents scared off Whites by the thousands by planting Black Families on stable blocks and in no time at all, Edmodson Village went from completely White to completely Black. Then came the Drug Trade and Public Housing High Rises. 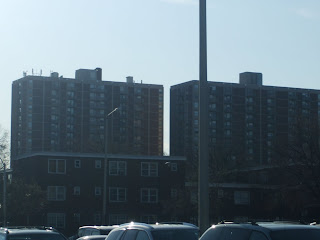 The Public Housing High Rises were supposed to solve and consolidate the urban ills and decay, instead, it expanded them and made them worse. Although Edmodson Village didn't ever have Public Housing High Rises but some of the woes caused by them and the drug trade crossed into Edmondson Village. More recently, long time Homeowners have aged and as a result are putting their houses up for sale and looming threat of slum lords buying them and renting them out to families who don't care for their houses the way Homeowners do. 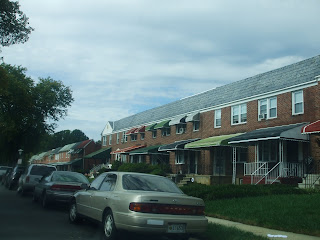 Today, outside forces over the next 10-20 years will reshape the demographics of Edmondson Village. On either side of the Neighborhood, major redevelopment initiatives or beginning to take place or are on the books to take place. In Uplands, a large shuttered Public Housing Development has been torn down. In its place will be roughly 1646 units of mixed style and mixed income housing. This will be a transformation area between the lower density Neighborhoods of Ten Hills and Hunting Ridge and the higher density Neighborhoods of Edmondson Village and Allendale. 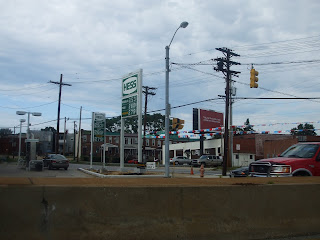 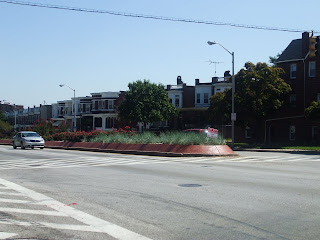 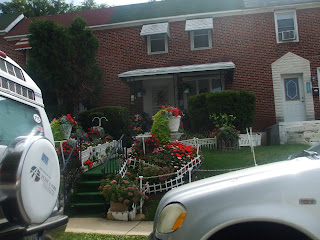 So where does this leave Edmondson Village? After it's in the middle of all this redevelopment. How will it change? Will it change at all? Should there be intervention to initiate change? I'm going with the third option, after all, if I wasn't interested in change for Edmondson Village, Would I be writing this post? The vast majority of Edmondson Village's housing stock is in great shape and needs no intervention. What does need to happen is when a house goes up on the Market there should be a monitoring agency presumably an HOA to make sure the Homeownership Rate stays high and flippers and slumlords are kept out. 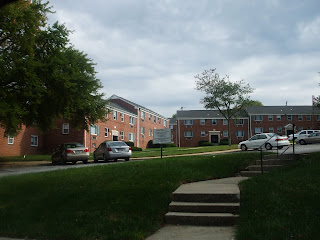 Now there is a little room for redevelopment in Edmondson Village. First, at the northern end of the Neighborhood lies the Wildwood Gardens Apartment Complex. Wildwood Gardens is a suburban style garden Apartment Complex that is suffering from poor maintenance and is showing its age. New Town Homes would make a perfect replacement as that's what leads up to them on Woodington Road and Wildwood Parkway. The new homes will take advantage of its views of Leakin Park and will be named "Leakin Overlook at Edmondson Village." In what I'm calling a "density exchange" the row homes along Edmondson Avenue will be demolished and Mixed Income Apartment/Condo Buildings will go in their place. These buildings will connect Uplands to the West Baltimore MARC Station as they will cover that whole distance. Behind the shopping Center is a vacant spot that can make for additional Town Homes as well. 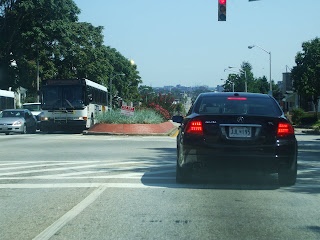 Speaking of Edmondson Avenue, it's time that it underwent a makeover. From the County Line to the West Baltimore MARC Station it should undergo sidewalk construction, new traffic signals and pedestrian "countdown signals", repavement, and crosswalk restriping. New benches and plantings will also flank Edmondson Avenue. It may work in Edmondson Avenue's favor to narrow it to four lanes instead of six. The fifth and sixth lanes could work as metered diagonal parking spaces like those found on the Avenue in Hampden. 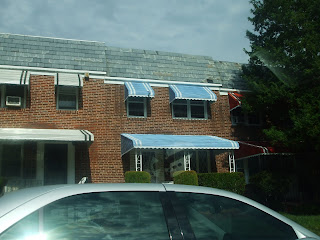 Big ups Spence! I literally stumbled on UR blog via Google looking for some info to respond to a guy on Facebook & tell him about growing up in Uplands in the 60's. I was sad for you in that you put so much into UR posts & near a month w/o any comments! When I was going to Catonsville Community College in the early 90's I wanted to reminisce&drive by our apartment building at Swann & Manordene Roads only to find I was being chased down the street by 3 gentlemen of color shouting,"I got what you want! I got what you need!" I shouted back,"How? You don't know me!" I was unaware of what was taking place,but I didn't yield to the stop sign & took a hard right on Swann & prayed as Elwood Blues, blessed Mother of Acceleration please don't fail me now! I was in a 1968 Plymouth Sport Suburban station wagon 440 Commando 4 barrel carb engine going "Back To The Future" in Carroll County, where we eventually ended up after our city ordeal was over. I still love to City & hope for its future! As a trucker I saw many city in the shiter! The song goes,"It's cold in the D" it may've been good to Eminem,but it's way scarier than Philly & Chicago! Keep up the good work bro'!

Hey that's my old neighborhood!! Eww Baltimore is so gross... I could never move back there lol. I'm really enjoying this blog though as it's bringing back childhood memories. Greetings from Atlanta!