Greektown: Bring On the Condos, Well Not Yet 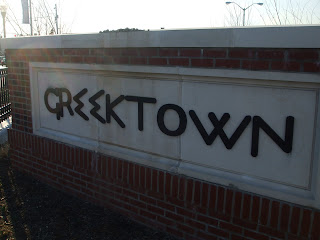 First it was East Highlandtown, then Little Athens, and now Greektown. The cluster of Neighborhoods located in the far Southeast were built specifically for Industry including Greektown and now that Industry is dwindling away all around the Harbor it's time that Greektown experienced growth just like its counterparts to the West. So I say to Greektown; Bring on the Condos! Well, not yet. 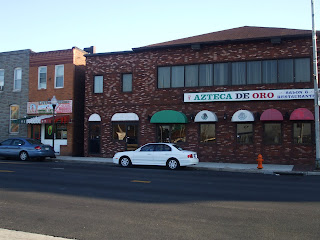 Greektown, just like every East Baltimore Neighborhood was built to house workers from Bethlehem Steel in Sparrows Point which at the time was the City's largest Employer with close to 30,000 on the pay roll in its heyday. The Port of Baltimore, Fort Holabird, and Dundalk Marine Terminal were also major players in providing employment for Greektown. It's no mystery how Greektown got its name, Baltimore's Greek Residents congregated here to Live, Work, Play, and Worship. 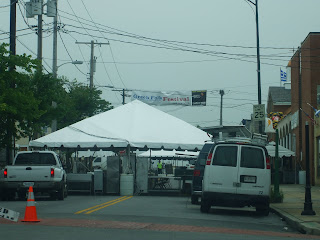 The plight of Greektown was almost non-existant when compared to Industry Based Neighborhoods throughout Baltimore and throughout Urban America. Why? It's all in the name! Just like Little Italy, Greektown retained a core group of residents despite employment leaving the area with it popular Restaurants, Eateries, and Markets being an outside. With Little Italy, it was Italian Restaurants and in Greektown, obviously it was and is Greek Restaurants. Every Spring, the event known as "Greekfest" brings a lot of Residents and Tourists alike to Greektown even those not of Greek Dissent. 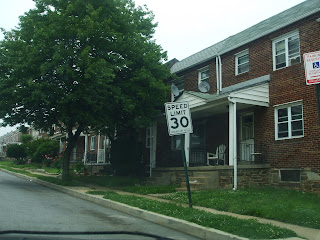 In the early 2000s, as Mayor, Marton O'Malley launched a Master Plan for the Southeastern Neighborhood Cluster including Greektown. The plan called for infrastructure improvements, streetscape enhancements on Eastern Avenue, New Playgrounds, Alley Cleanings, and the redevelopment of O'Donnell Heights. Today in 2010, O'Malley seems to have made good on the Master Plan as most of these projects have been completed or are underway. Greektown, being the healthiest Neighborhood of thee cluster wasn't mentioned much. The only thing recommended for Greektown was refilling vacant row homes. The vacancy rate as of 2000 was 11% but I project it today to be between 7% and 8% as vacants have been rehabbed and refilled. A large Hispanic Population has joined Greektown as it has with Southeast Baltimore as a whole. Perhaps the biggest dilemma that the plan brought up for Greektown was that its housing stock, although very healthy is dated and might not attract new residents. The recent Hispanic influx has proved this untrue but that statement appeared to have gotten the attention of couple developers. 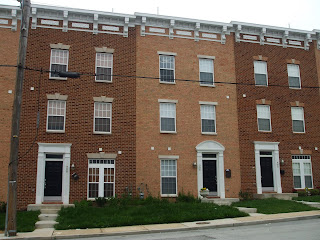 Ryan Homes answered back with the 97 unit Athena Square on the southwestern edge of Greektown off of Oldham St. on an old Industrial piece of land. Athena Square began construction just as the Real Estate bubble was about to burst. Sales began strong and prices were high. Sadly, with the big 2008 "bubble bust" Athena Square's prices, sales, and construction slowed down considerably. Athena Square is now nearing completion which brought the new construction to Greektown that the Southeast Master Plan said was needed.
The Story of new housing in Greektown doesn't end with Athena Square, it just got started. 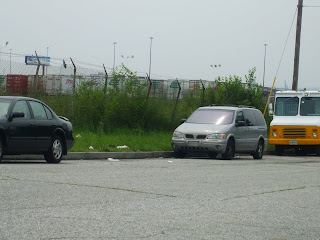 At the same time Athena Square was approved, Kettler Development was getting its plans approved for close to 1,100 high rise Condos in Greektown. Those plans were submitted by Kettler and approved by the City of Baltimore in 2006. I said as far Greektown at that time; Bring on the Condos! A lot has changed between 2006 and 2010. Kettler wasn't scared off by the shrinking Real Estate Market but they did have to change up their game plan. I still say bring on the Condos just not yet. The site for the Condos is 15 acres and Kettler has come for with a plan for five of those acres. Unfortunately it's for Town Homes instead of Condos 125 to be exact. I guess they didn't hear me when I said Bring on the Condos! Since the economy went bust I have always been an advocate of not changing development and leaving them on the table because I believe when the market turns around the demand will return. The situation in Greektown is no different. The good news is there are still 10 of the 15 acres unaccounted for on the Greektown site. Kettler has no plans as of yet to develop them. That, in my opinion is good, that means they appear willing to wait out the market. Hopefully thethey're willing to bring on the Condos! Just not yet. Kettler envisioned Greektown to be another Inner Harbor East and hopefully that plan will come to fruition. My message to Kettler regrarding Greektown to be Bring on the Condos just not yet. 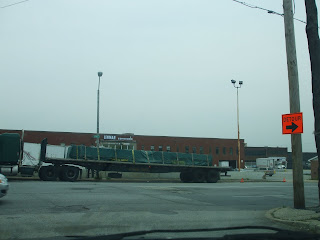