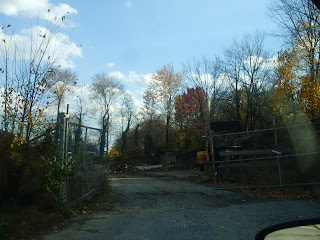 Now since I write a Columbia Blog wouldn't one think that an Elkridge post would be on that one? Well, the northern border of Elkridge is very close to Baltimore County which in turn is very close to the City. Howard County is also looking make TOD districts along Route 1 to take advantage of its proximity to BWI and Fort Meade and the associated BRAC growth. Howard County calls this zonong "CAC" or Corridor Activity Center. 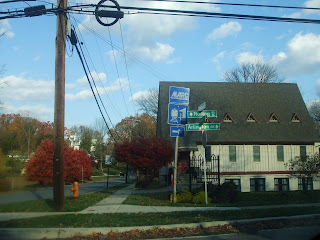 Now I know what you're thinking and it's not the case. My previous post called for the closure of the St. Denis MARC Station which I'm still calling for but Elkridge is not the location for the new station. Elkrdge will not be associated with MARC. However, the Camden Line tracks do run through Elkridge on their way to the Dorsey Station. What I have also called for the past almost four years has been the localiztion of MARC Lines not unlike the Baltimore Regional Rail Plan. The Orange Line will share the tracks with the MARC Camden but will have more stops that won't interupt service for the MARC lines. THIS is what Elkridge will be a part of. 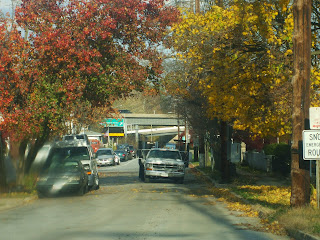 Ironically, the Station and associated development will be in the heart of the Elkridge Historic District. No building will hit the wrecking ball that isn't a blighted industrial use. It just so happens that the Historic District has the most undeveloped land and that's where the tracks cross Route 1. Everything will center around the intersection of Route 1 and Levering Avenue but will travel down Furnace Avenue as well. Furnace Avenue does not have a direct intersection with Route 1 and the onlly way to make that happen would be to demolish an old house which is not what I would propose. 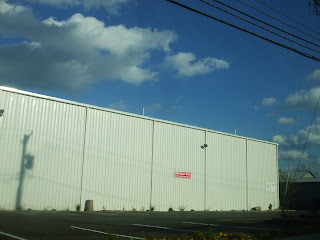 The parking garage(s) would be located on Levering Avenue just west of Route 1 on an old industrial plot of land (pictured above). The intersection of Route 1 will be transformed into a safe haven for pedestrians seeing as how there would be a lot more with the addition of a train station. Additional pedestrian "countdown signals" would be added along with an island between each direction of traffic along Route 1. On all effected streets sidewalks will be added, and speed limits will be lowered. On Route 1 sidewalks will extend to the new Elkridge Crossing development. 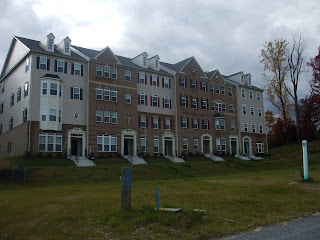 Speaking of Elkridge Crossing, (pictured above) it's a new high density development built on the grounds of a long abandoned drive in theater. Although it's located roughly a mile away from the new Station I do consider it part of the rider "catch" area. Not dense enough to be TOD it does fall under the CAC district which calls for high density development. In between Elkridge Crossing and the new Station is a wooded area could more TOD be in the works for that area? No, it will be roughly 100 single family homes with no access to Route 1, not optimal when trying to maximize rider "catches" but the geography of that area that's about all that can go there. 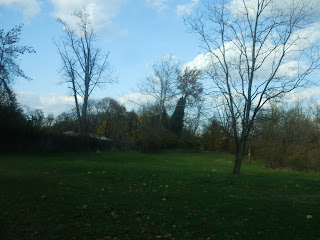 On the forefront of new TOD in Elkridge will be Furnace Avenue. It's already a location for proposed Apartments and Retail. My plan will be continue this trend with similar developments of a higher density. 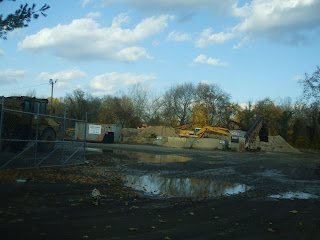 There are several plots of undeveloped land along Furnace Avenue as you can tell by how many pictures of it I have (I have more) . Howard County has released a Master Plan to revitalize the Route 1 Corridor and redvelopment along Furnace Avenue goes along with that plan. 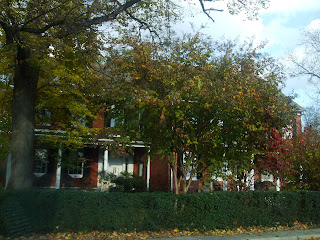 A discussion about Furnace Avenue can not be complete without bringing up the Elkridge Furnace Inn. This building has been an existance since circa 1744 and has been used as a Fine Dining Restaurant and a Wedding Hall for the past 20 years or so. I was a busser here in late 2002 but I was let go after three months or so. One thing I learned about the property while working here is that it backs to the Patapsco River and Wecker Brothers (who own the Restaurant) own five surrounding acres. It offers picturesque views that any new development would thwart so I won't include having that land being sold off as part of my plan, that's my way of saying "no hard feelings." 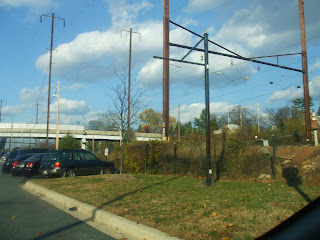 Now the largest elephant in the room; how do they get up there? The train tracks are elevated and the roads are not. Well to find an optimal solution I just drove a couple miles north to Halethorpe. Their MARC Station (pictured above) has a great elevated platform accessible by multiple staircases depending on where the rider has parked or is walking from. There will also be elevators for those unable to climb the stairs. 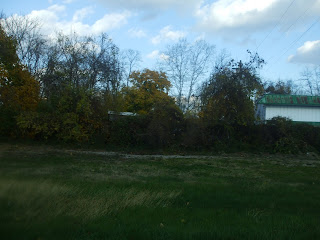 Well, I wanted to bring transit to Elkridge so that's what I did, it wasn't by creating a new MARC Station after just after my proposal to shut down the St. Denis Station but by creating a stop on the Orange Line. Speaking of St. Denis MARC What will I do to replace it? I guess that's a cliff hanger that you'll have to stay tuned for my solution.
Posted by Spence Lean at 3:08 PM