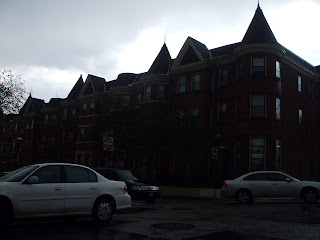 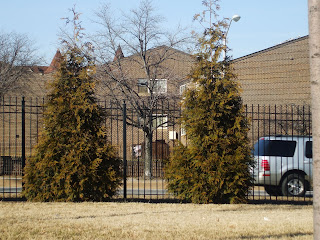 First off, in my research of Reservoir Hill I learned that something I thought needed to be done is actually being done; demolishing the crime infested Madison Park North Apartments is a done deal. I was going to suggest that the aging complex nicknamed "Murder Mall" hit the wrecking ball because it creates a barrier between Bolton Hill and Reservoir Hill. The draining out of this complex may be the reason as to why Reservoir Hill as a whole lost population. Given its close location to MICA it has been suggested that the vacant property be developed for use as Student Housing. MICA has not however given any interest in buying and developing the land. It is currently unclear what will go where Madison Park North is. Hopefully the synergy created by Station North on North Avenue across I-83 will make its way to the Bolton Hill Reservoir Hill area. 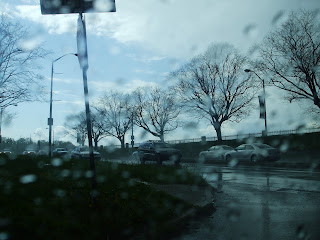 Next we go to the opposite end of Reservoir Hill to Druid Lake. This should be some of the sought after property in the City but it isn't and I can tell you why in three letters; HUD. Most of the undeveloped land HUD has a 99 year lease on which makes building upscale housing on it a no go (like the ill fated Vistas on the Lake.) They key to bringing in real population growth all around Reservoir Hill is large scale development and there's plenty of land with Druid Hill Park frontage that this can happen. What first has to happen though is HUD must give up its lease on that land which in its current only allows for Section 8 or public housing. 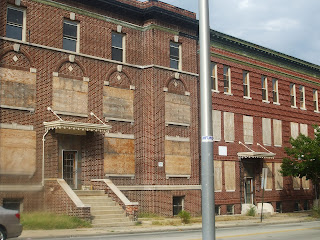 In its heyday, Reservoir Hill was home to lots of luxury Apartment and Condo buildings. Many of these buildings are still standing but are vacant or are otherwise in distressed condition. I think fully restoring these diamonds in the rough and re renting and sell them as the upscale gems they once were would help in bringing back the elegance and stateliness that Reservoir Hill has historically been known for. It appears that a lot of these smaller buildings were once used as group homes more recently but have been vacated and they are now boarded up and empty. Restoring these to their grandiose elegance will continue to attract more population to Reservoir Hill. 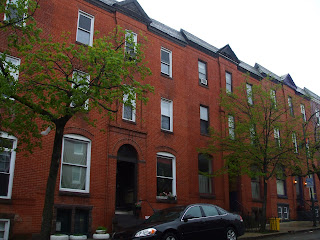 Last but not least we come to what dominates the landscape of Reservoir Hill; Row Homes. Row Homes are where the bulk of Reservoir Hill's new population comes from. There are a lot of row homes here that have been carefully and handsomely restored to their former grandeur. On the flip side there are plenty that are boarded up and have been for years. Row Homes in Reservoir Hill are very large and I think that's its hubris. The larger the home, the more expensive it is to restore it. I think that may have a lot to do with the fact that many of the Neighborhoods that have gentrified in Baltimore contain smaller "cookie cutter" row homes IE Fells Point, Canton, Patterson, Park, Federal Hill etc. Other Neighborhoods with larger row homes like Reservoir Hill haven't decayed like Reservoir Hill has IE Bolton Hill, Mount Vernon, and Charles Village. In order to restore some of the homes in Reservoir Hill, it may take a construction budget anywhere from $100k upwards of a quarter million dollars. Keep in mind that's only the construction budget, that doesn't include actually purchasing the home which could be another $100k. 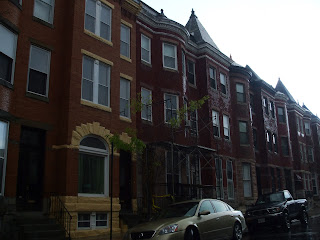 I have suggested bringing back the $1 row house program many times over and I think Reservoir Hill is the perfect place to do so. Given how expensive it will be to restore its housing stock to its former grandeur, I think it best for new Home Owners to dedicate all of their money towards construction. Remember these are large homes with lots of interior and exterior details so that doesn't come cheap. That being said, in order to buy a Reservoir Hill row home for $1 the buyer must qualify for at least a $100k mortgage loan to ensure that the construction is done. In some of the more dilapidated homes that loan amount might be bumped up to $200k because they would require more work. 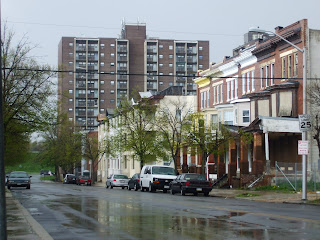 Reservoir Hill has been waiting to come back big for years now and there are new home owners moving in but there are certain things that are keeping a mass population spike such as Madison Park North and an excess of vacant Apartment Homes as well as views that aren't taken full advantage of. Once these problems are eradicated, Reservoir Hill will truly experience population growth.
Posted by Spence Lean at 1:50 AM

I find many useful things herewith. It is really amazing for us. Where ever we are, just click on the website and Take advantages .Your article impressed me very heartily. From a last decade I was searching such type of web site. Thanks for giving me a space in your blog. I refer this to my close friends who are already seeking for the same .thanks again guys…
Regards:
MakaanSearch

Glad to see my neighborhood get some pub, But i'm interested to find out more specifically how do you know that madison Park North is a done deal I was told that the owner, who lives in california is asking an unreasonable price for the property( even though it's 8 prime acres in the middle if the city). My understanding is that it's in the beginning phases of a lengthy appeals process that could take years.
Another issue that is beginning to surface is the fact that investors are purchasing many of these homes and converting them into multi family units. The availabilty of single family homes is shrinking. The Reservoir Hill Improvement Council is aware of this issue, and has brought it to the attention of the residents. To bad we don't have an ordinance to stop this.
Reservoir Hill is a potential gem!The location of this neighborhood is unmatched by any other in Baltimore City. In less than ten minutes I can get to Downtown, Harbor East(If President St isn't jammed up)Mt Washington, Hampden, and let's not even talk about if the New State center ever gets built.There's a Target five minutes away. It is a short walk to Charles St in Mt Vernon, Station North, and it neighbors the best park that the city has to offer.

It drives me up a wall that this neighborhood hasn't turned the corner yet, but when it does people will wish they had got in sooner.

The City is revoking Madison Park North's multi family housing license which is being done to make it so they will have to surrender the property to the City. It's not a done deal but it's certainly looking like Madison Park North's days are numbered. Forest Park is facing the same problem of converting single family homes into multi family housing especially group homes. That has been a hindrance in making Forest Park a destination Neighborhood like it should be. It's definitely time to address this issue and change the zoning to allow only for single family use in these Neighborhoods.

Whoever thinks the property is going to be "surrendered" to the City or HUD is seriously misled.

The property may be emptied by HUD or it may lose its license to the City, either of which will be a disaster for the residents.

Where will they move? Where are there three and four bedroom apartments available?

The ownership will not change. The owners will simply close the buildings and ultimately tear down the property and rebuild conventional units, that will not be affordable for HUD recipients. The property is nearly free and clear, and neither HUD or the City can take it without paying market value for it. There is no free property here.

Those trying to close Madison Park North are doing a disservice to the residents, who will then be searching for new places to live that scarcely exist in Baltimore.

People need to look further than just trying to get a free lunch; this process is potentially harmnig to the residents and the City officials need to be careful about the harm they may cause to them.