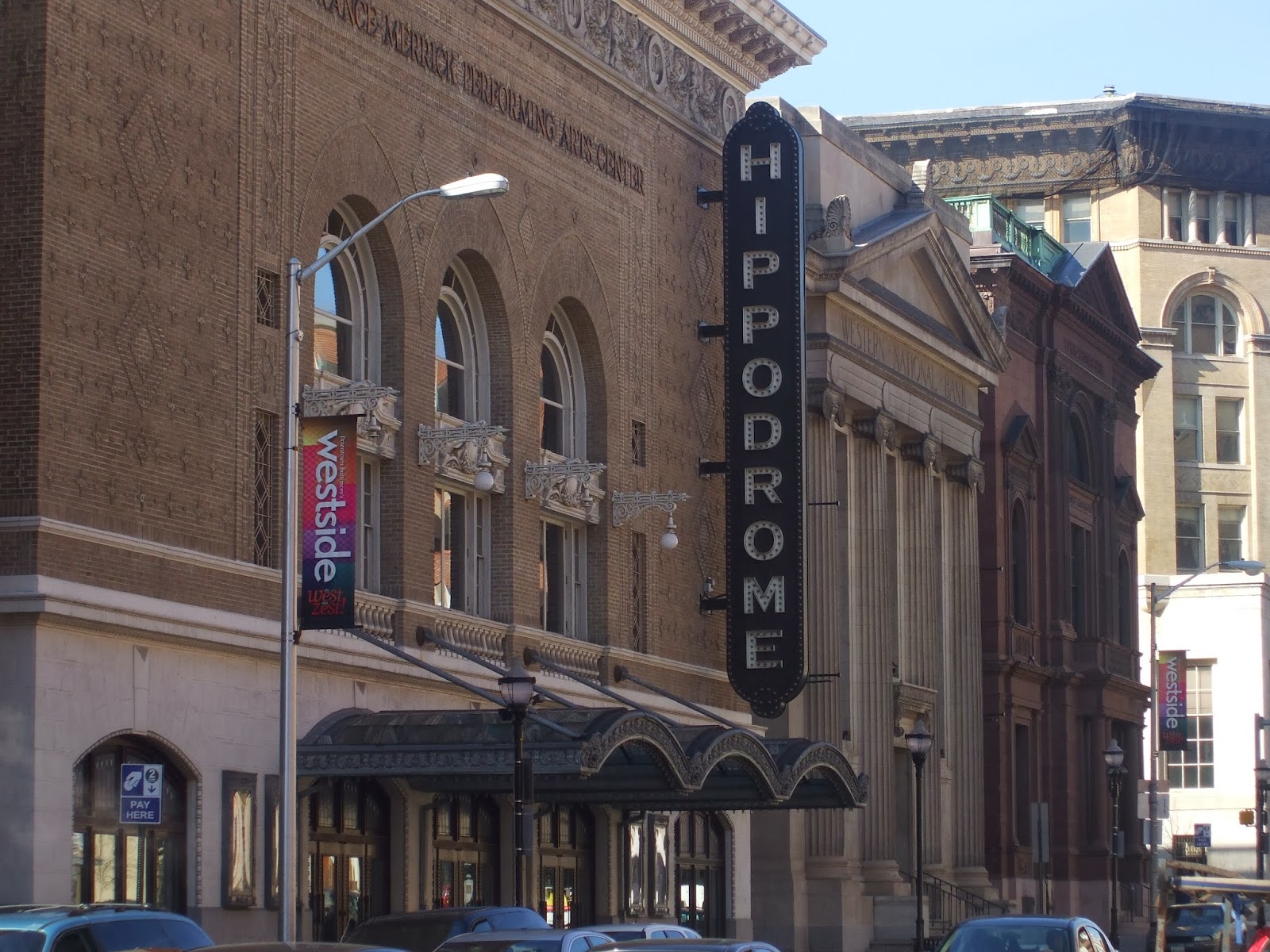 The Westside of Downtown has had many success stories over the past several years such as the rehabs of three of the major Department Stores, Avalon Center-point, Lexington Market back on the upswing, and Camden Court Apartments to name a few. Unfortunately there is still a good amount of blight in Downtown's Westside and most of that can be traced back to the ill fated "Super Block." The Super Block, bordered by Fayette St, Howard St., Lexington St., and Park Avenue/Liberty St. is almost completely boarded up and nobody wants to touch it. 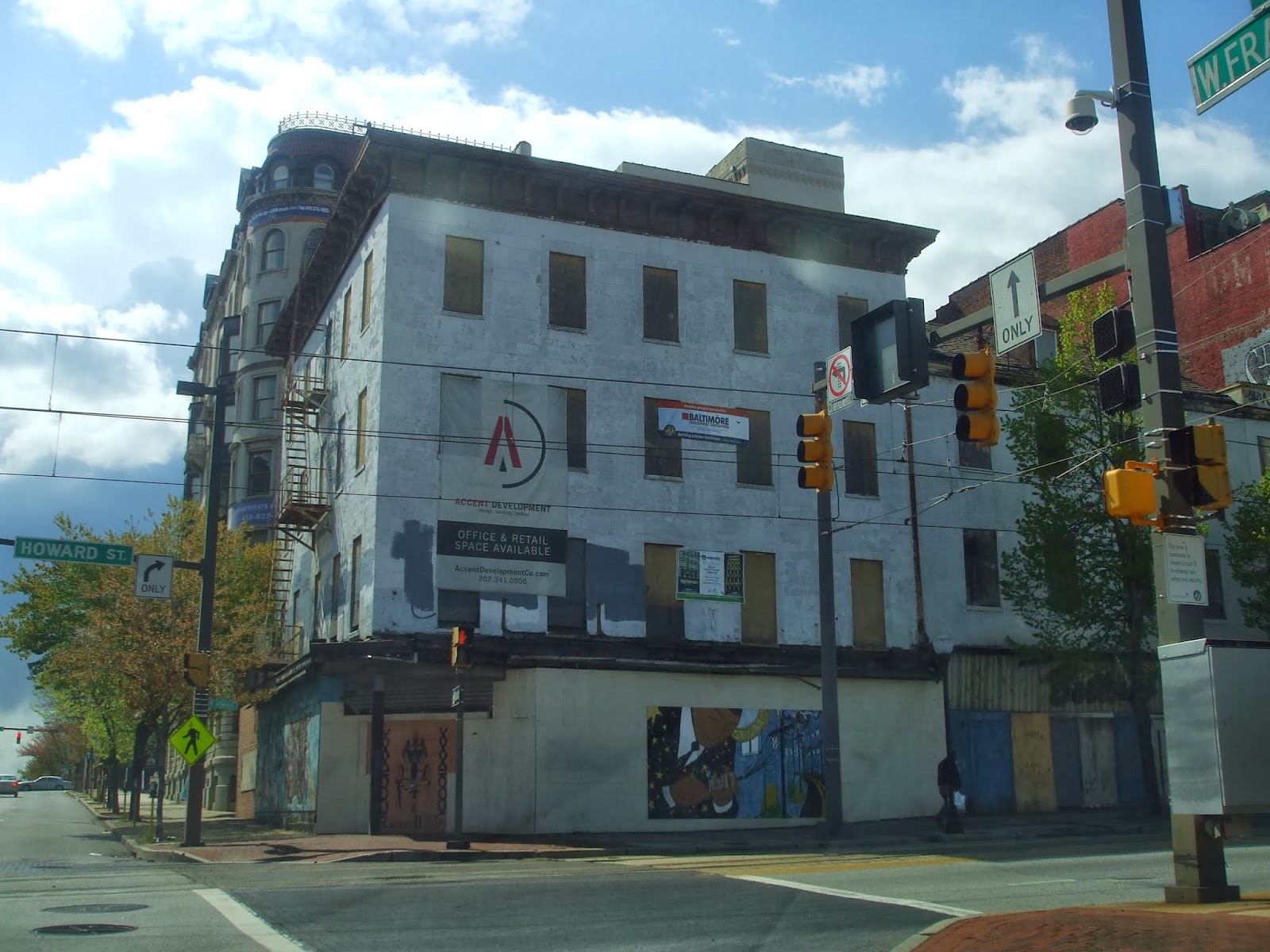 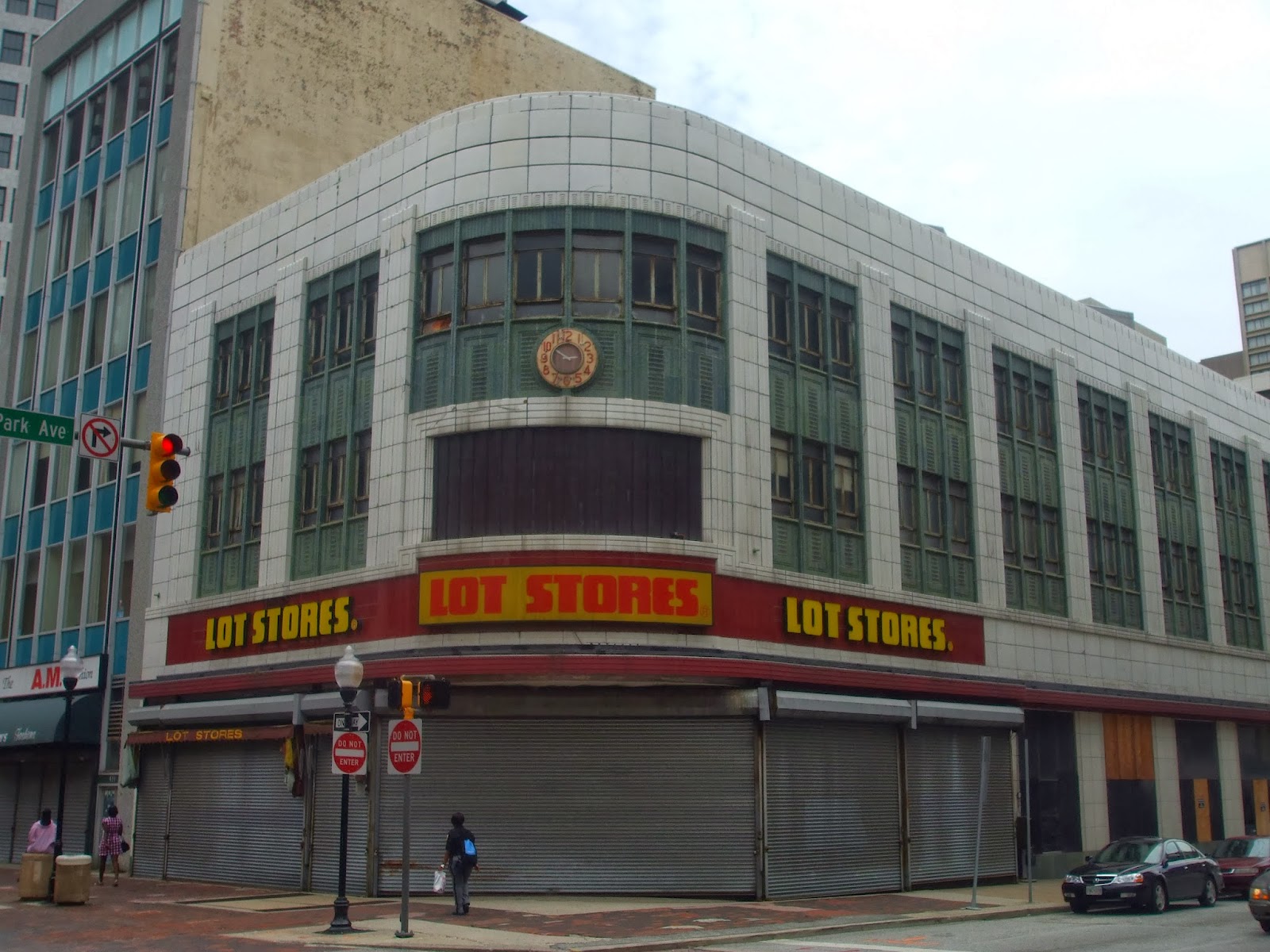 Plans to redevelop the Super Block can be traced all the way back to the 1990s Mayor Kurt L. Schmoke decided that he had to destroy the Westside of Downtown in order to save it. Preservationists fought him tooth and nail and eventually won. What did they win exactly? They won what is now the Super Block, although the buildings have beautiful architecture, their practicality in luring big Retailers has proven to be impossible. Could it be that now Retailer wants to be the first one to test the waters? If that were the case I certainly wouldn't blame them. Could it be developers who think the project is to big to risk that kind of investment on? Again, I wouldn't blame them if that were the case? Could it have been the City who has insisted on selling the project as an all or nothing deal? 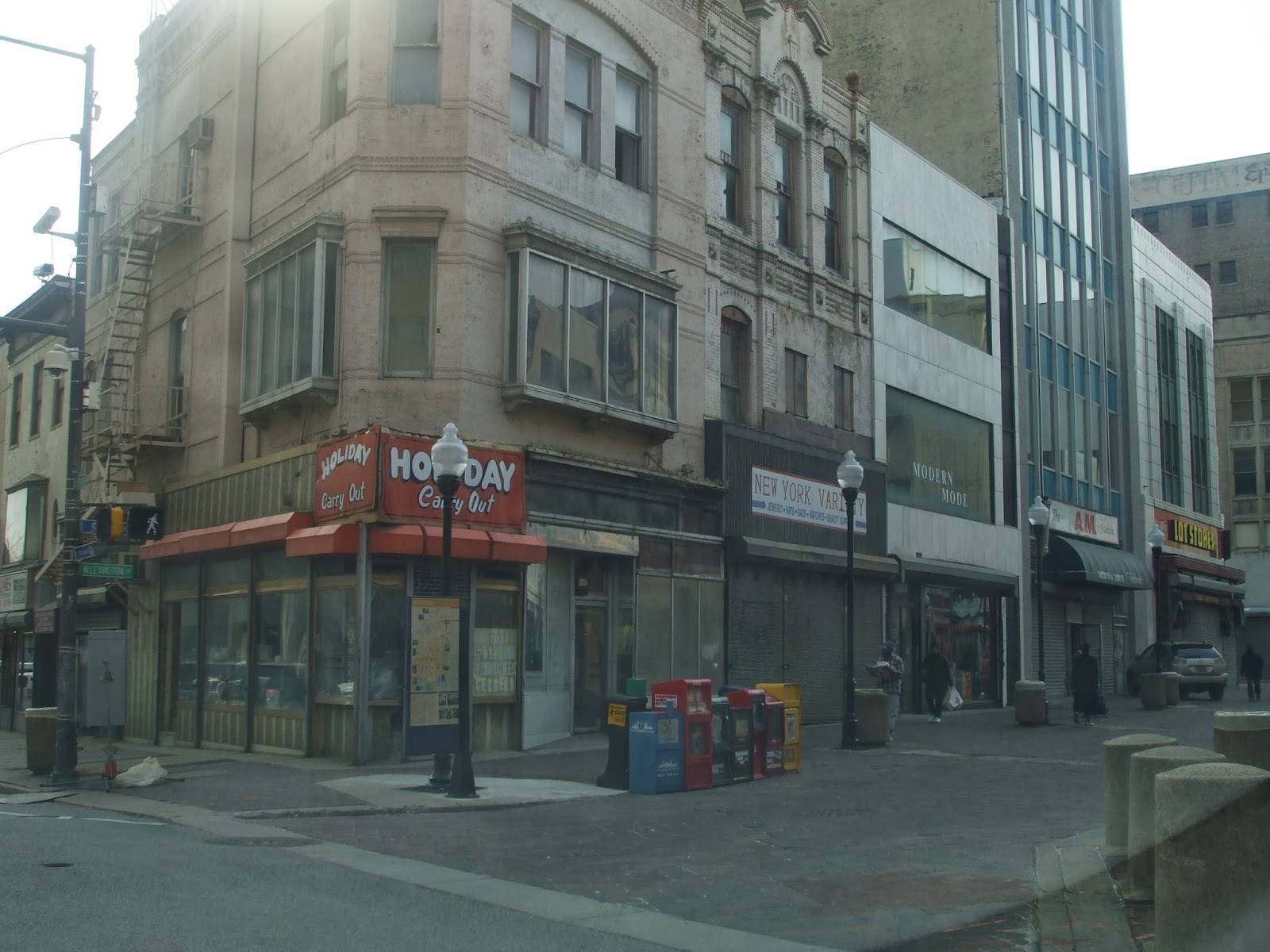 I think the fact that the Super Block has been an all or nothing deal has been a major hindrance in its come back. Not helping matters is the fact that the footprints of the buildings are so old and not conducive to a modern Retailer's needs. Do I think these architectural gems should be demolished for that fact and replaced with the cookie cutter big box Retail that has just opened in Canton Crossing? Absolutely not. Just like with the all or nothing impasse, I think an agreement can be reached. 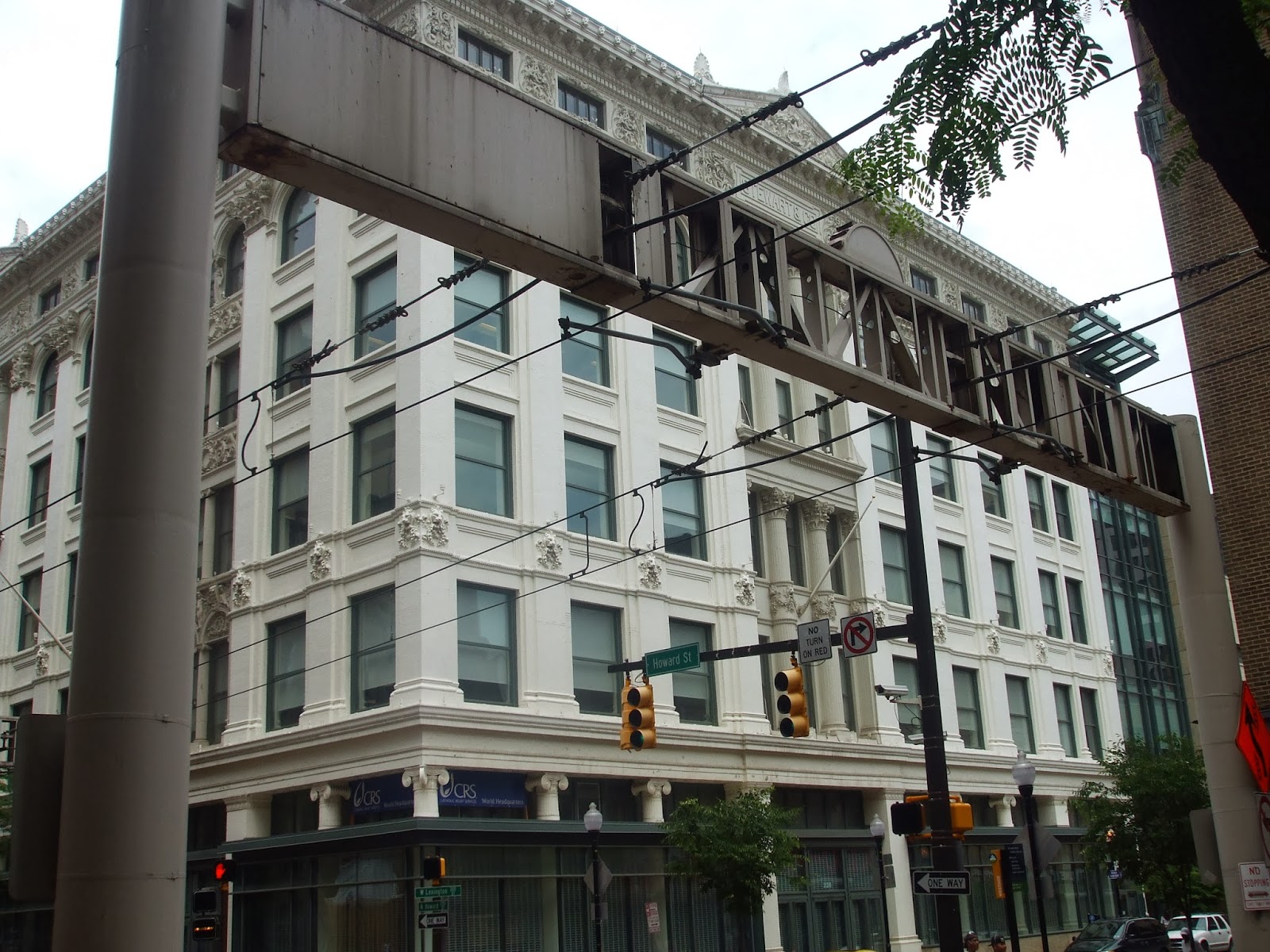 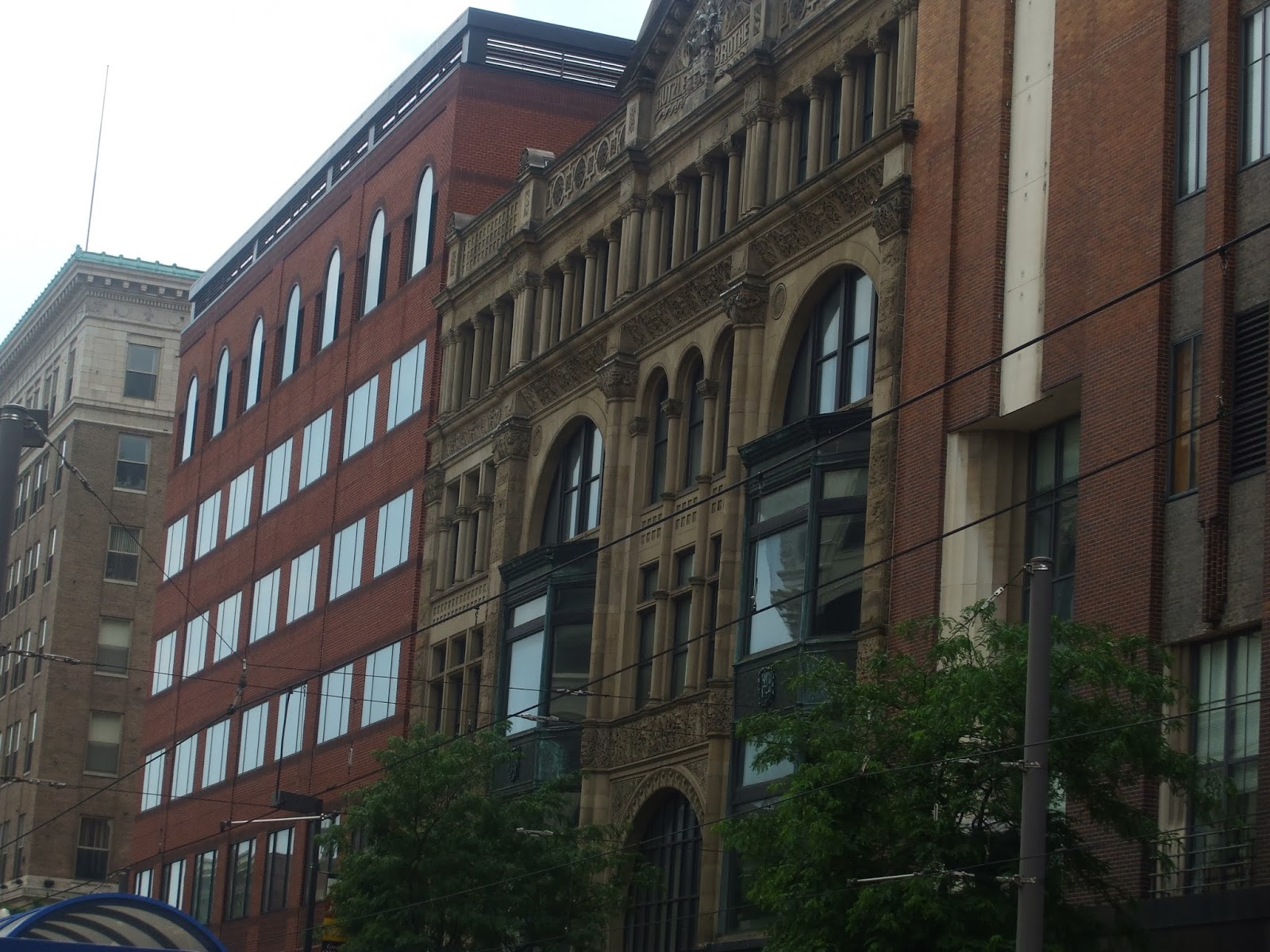 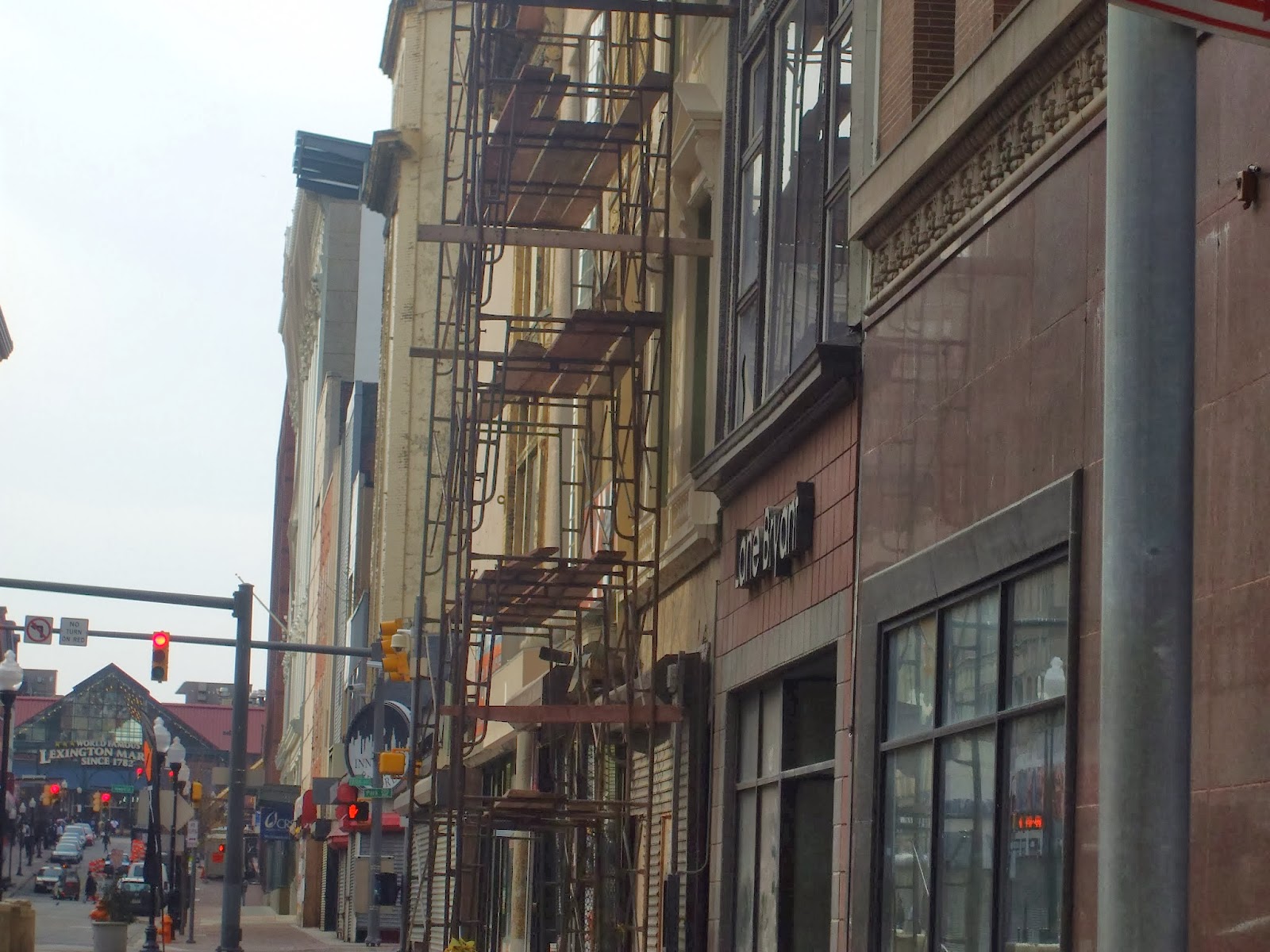 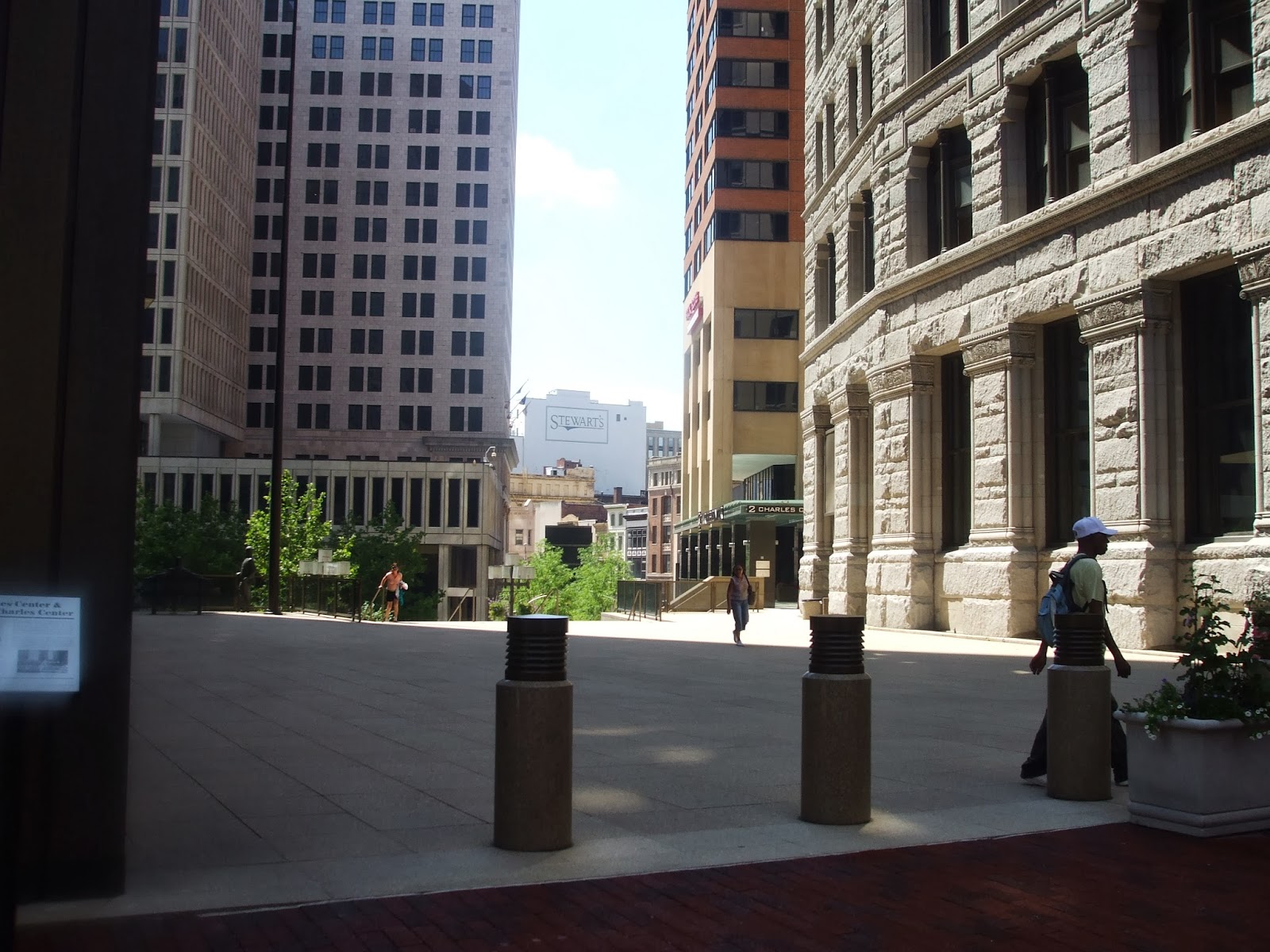 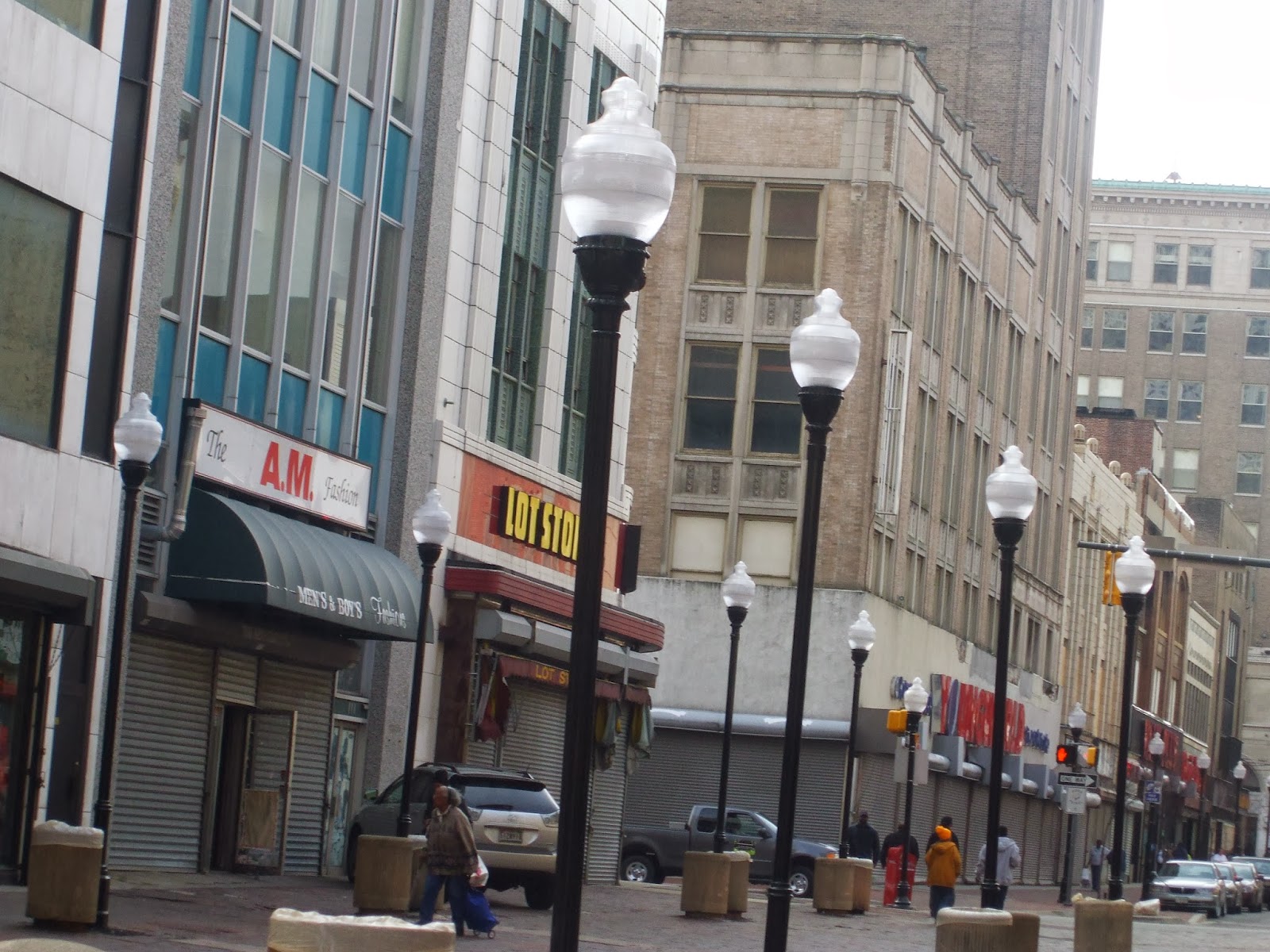 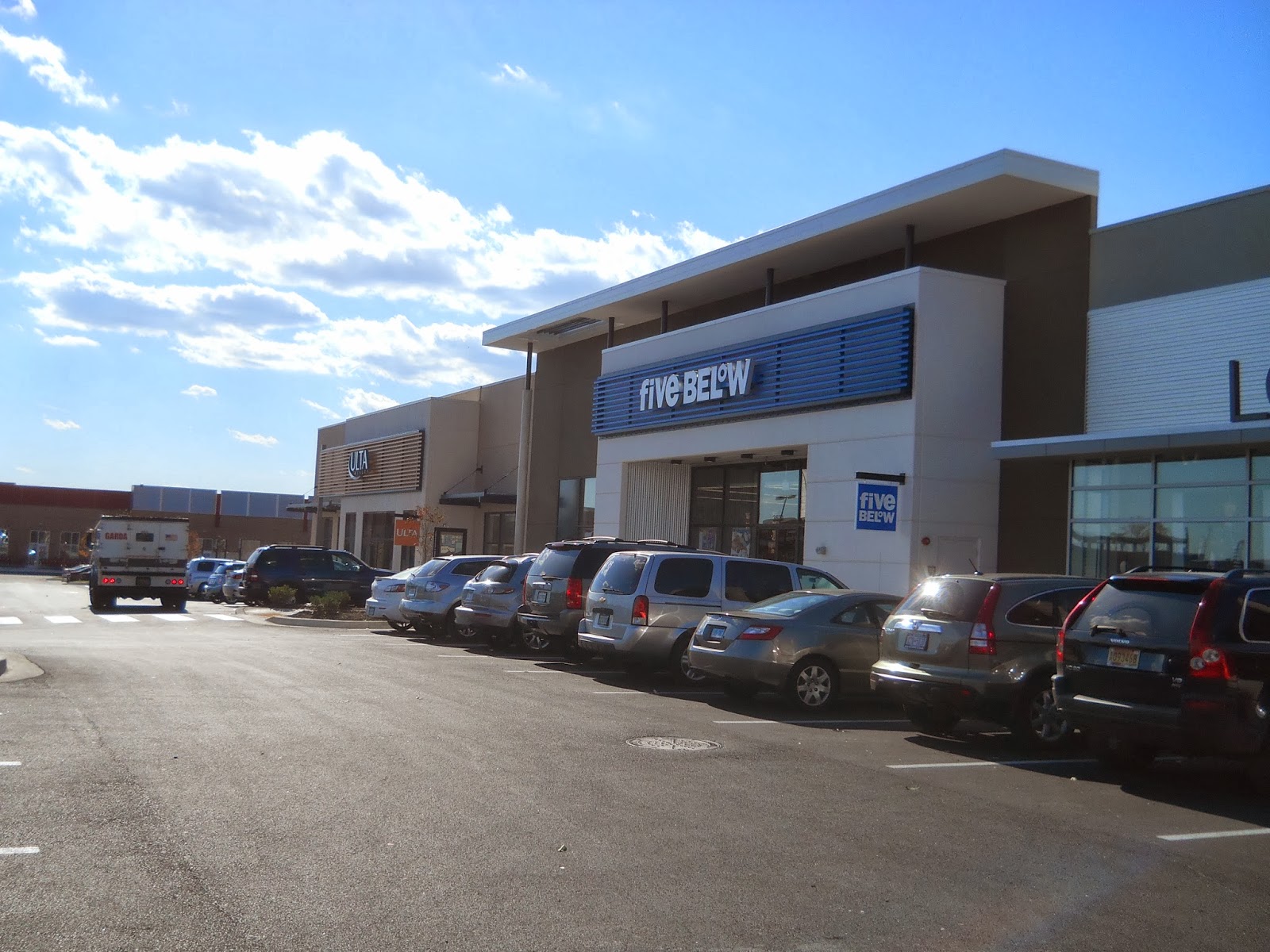 So what have we accomplished so far? So far we have managed to make the Super Block a little less super by breaking it up into three smaller projects that should appear less daunting to Retailers and Developers, but what have we done to make the buildings themselves more appealing? I think that some interior demolition is unavoidable. The buildings are just too narrow to lure Retailers as they are now. The front facades will remain as they are but in the back the buildings will be modernized and redeveloped to mimic the footprint of cookie cutter Retail like Canton Crossing (pictured above). A perfect example of this type of redevelopment is going on right now on Broadway with "The Market Place at Fells Point." And wouldn't you know it? Market Place at Fells Point is being built around another public market; Broadway Market. If the Super Block mimicked that by being built around Lexington Market we just have a winner here. 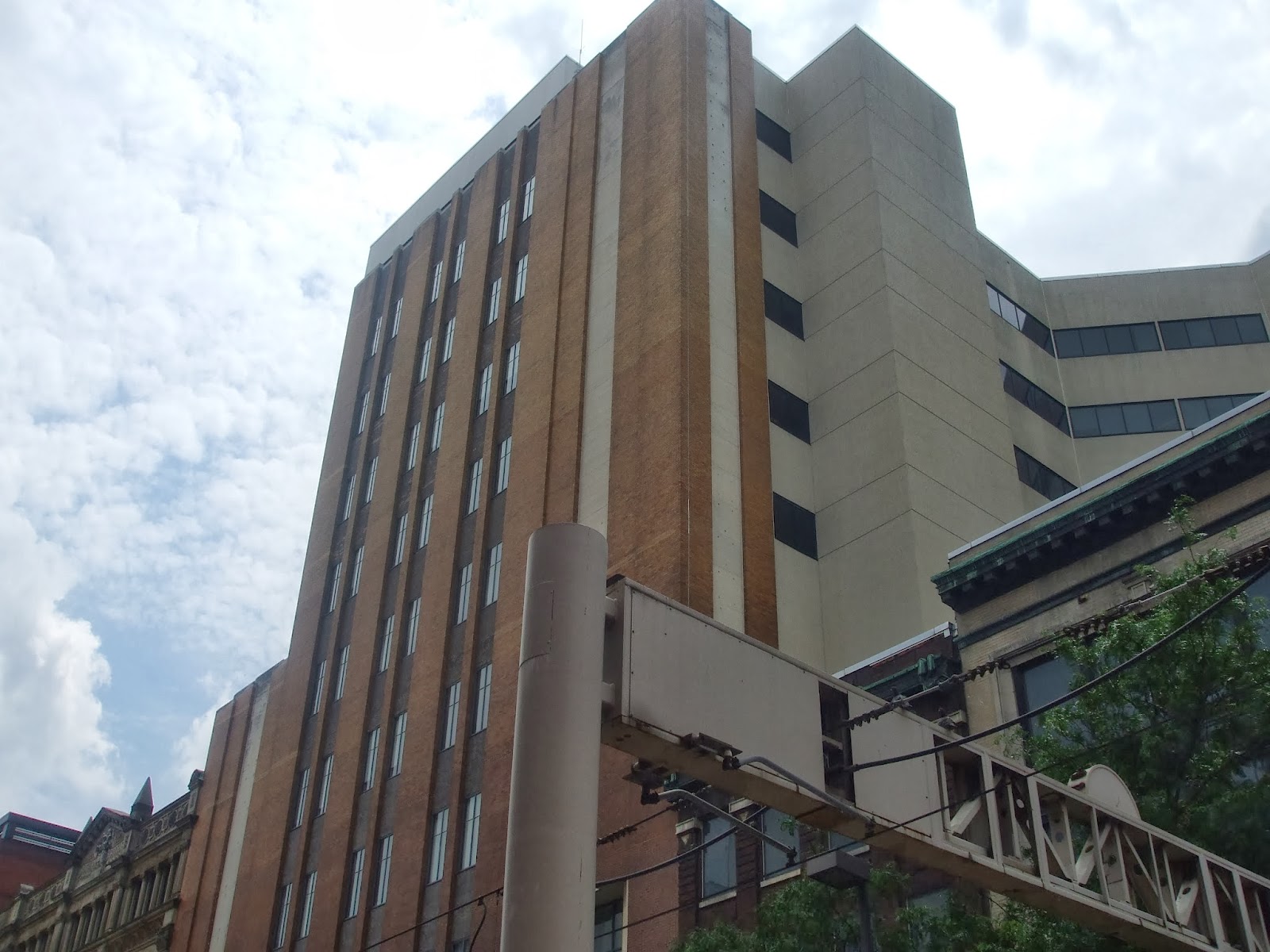 The Super Block is currently at a stand still. Most people believe (myself included) that the Super Block is just too super and breaking it up may begin to lure Retailers and Developers to this diamond in the rough.

My idea for the vacated Social Security building (SSB)would be to use it as "bait" to move tenants from under-used real estate that could have much better uses.

The city would probably have to either acquire the SSB or partner with the GSA to make this happen.

Downtown is in need of more small urban parks and what better way to create parks than to clear out some under-used parcels.

Here's a few under utilized areas that come to mind;

- Moving State of Maryland offices into the SSB would create a lot of possibilities. A nice big urban park could be possible if there were no need for surface parking lots between N. Eutaw & Madison Ave. Bolton Hill is a nice area and would only be strengthened by a nice residential area to the south. Could extend a tree-lined N. Eutaw street further toward downtown and other nice parks in and around that area. Maybe that area would be better off as residential instead of the stalled plan to redevelop that area.

- 205 W Centre St could be demolished along with all the surface parking lots surrounding it. The block is bounded by W Franklin, N Howard St, W Centre St & Park Ave. An Urban parks may just what that area needs.

- Steadman Station Firehouse could be demolished (Bromo Seltzer tower left)and replaced with a small urban park. That area would be much better served by a park and firetrucks may be more effective located next to MLK, next the the SSB.

- University of Maryland Medical school may want to swap some properties in exchange for the Social Security Admin building too.