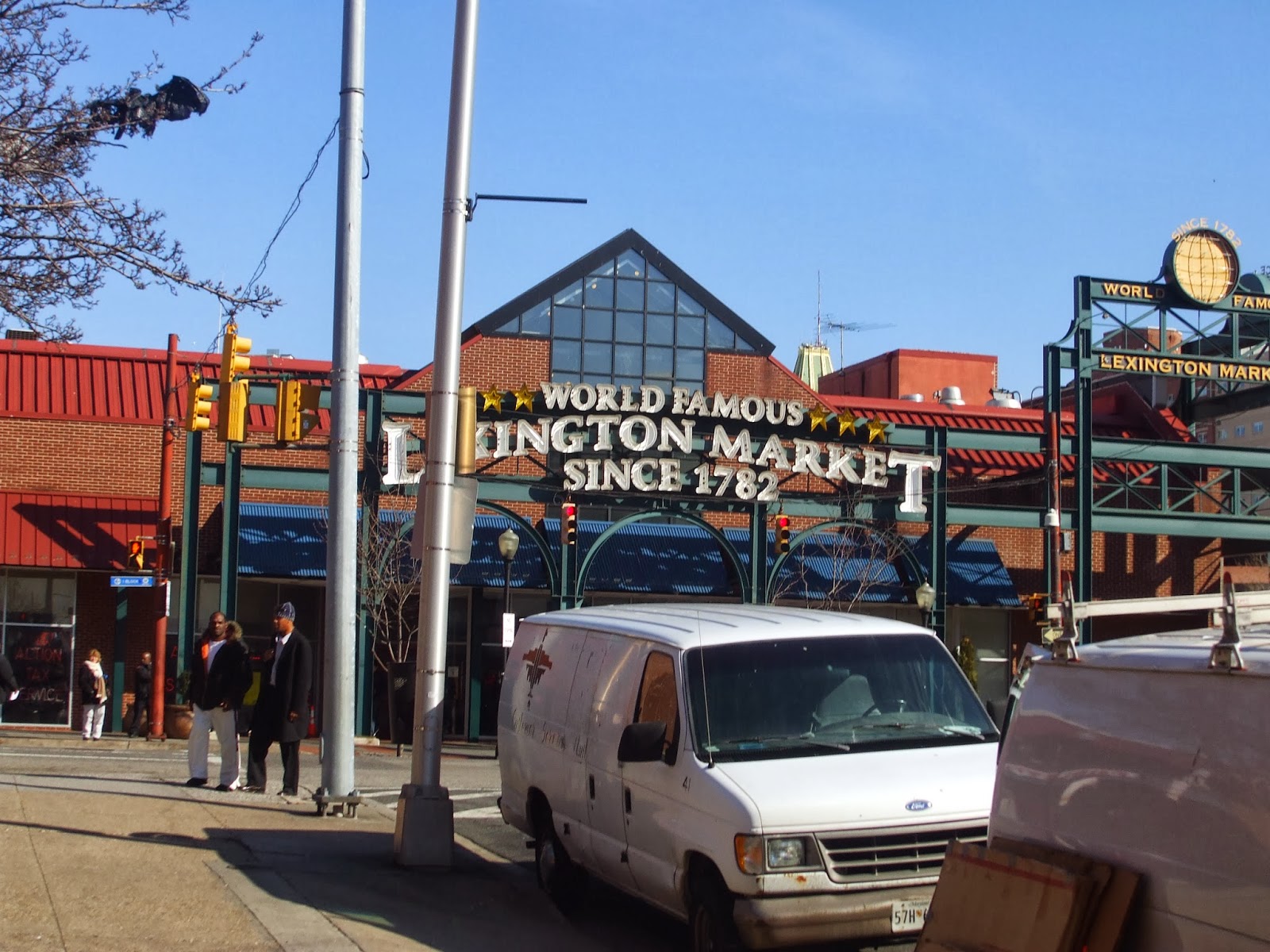 When making a comprehensive transit plan, different lines have to cross paths in order for Riders to get anywhere and everywhere in the City and the inner ring of the County. These stations known as "transit hubs" make it possible for somebody who lives in Hunt Valley and works at Johns Hopkins Hospital to ride Rail Transit to and from work. 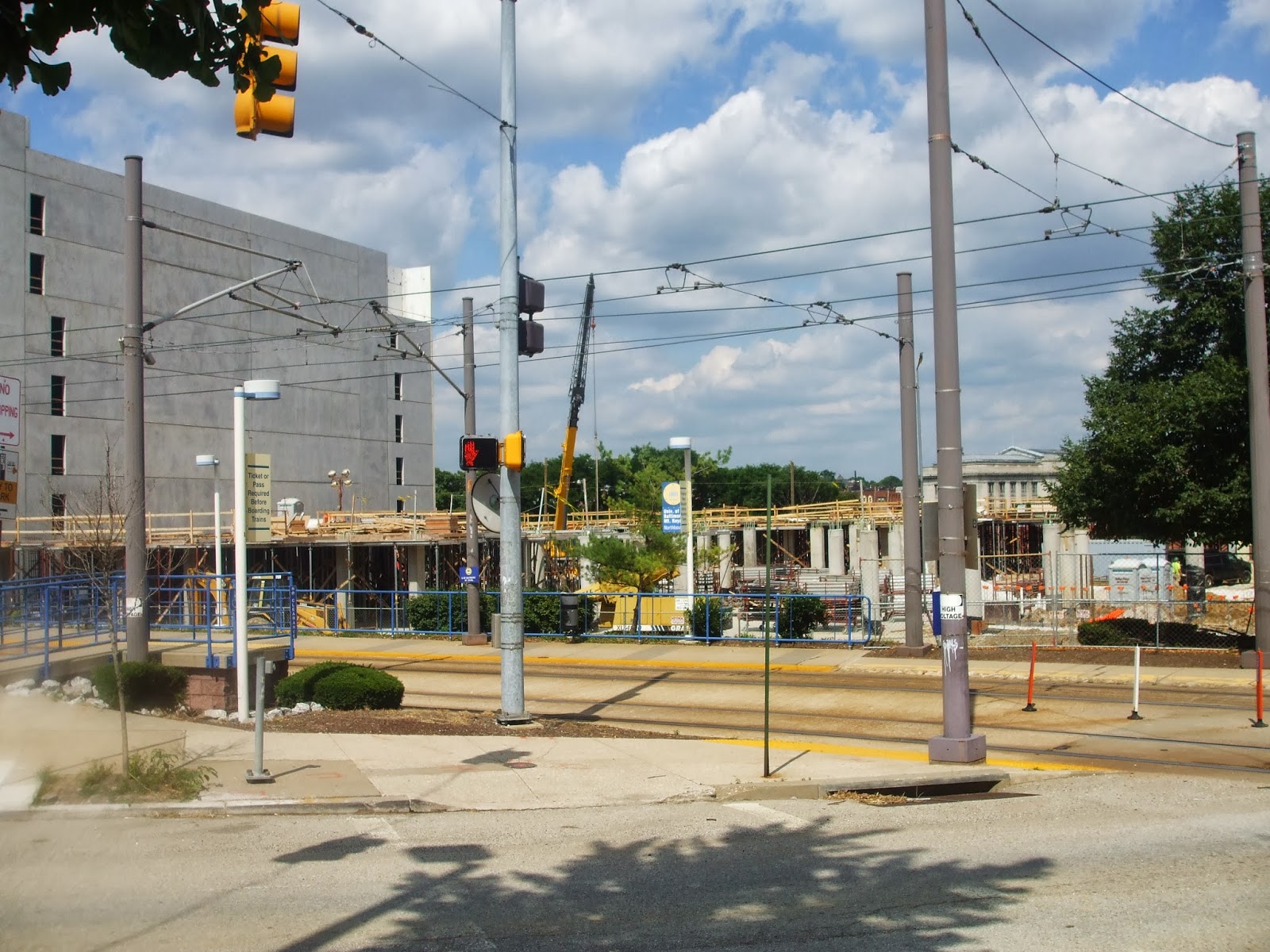 The only problem is, that fictional person can't get there because the transit hub connecting these two existing lines also isn't there. Poor planning? Yes, but a soon to be abandoned CSX tunnel and my idea for a "block long conveyor belt" might make for a true transit hub here in Baltimore. 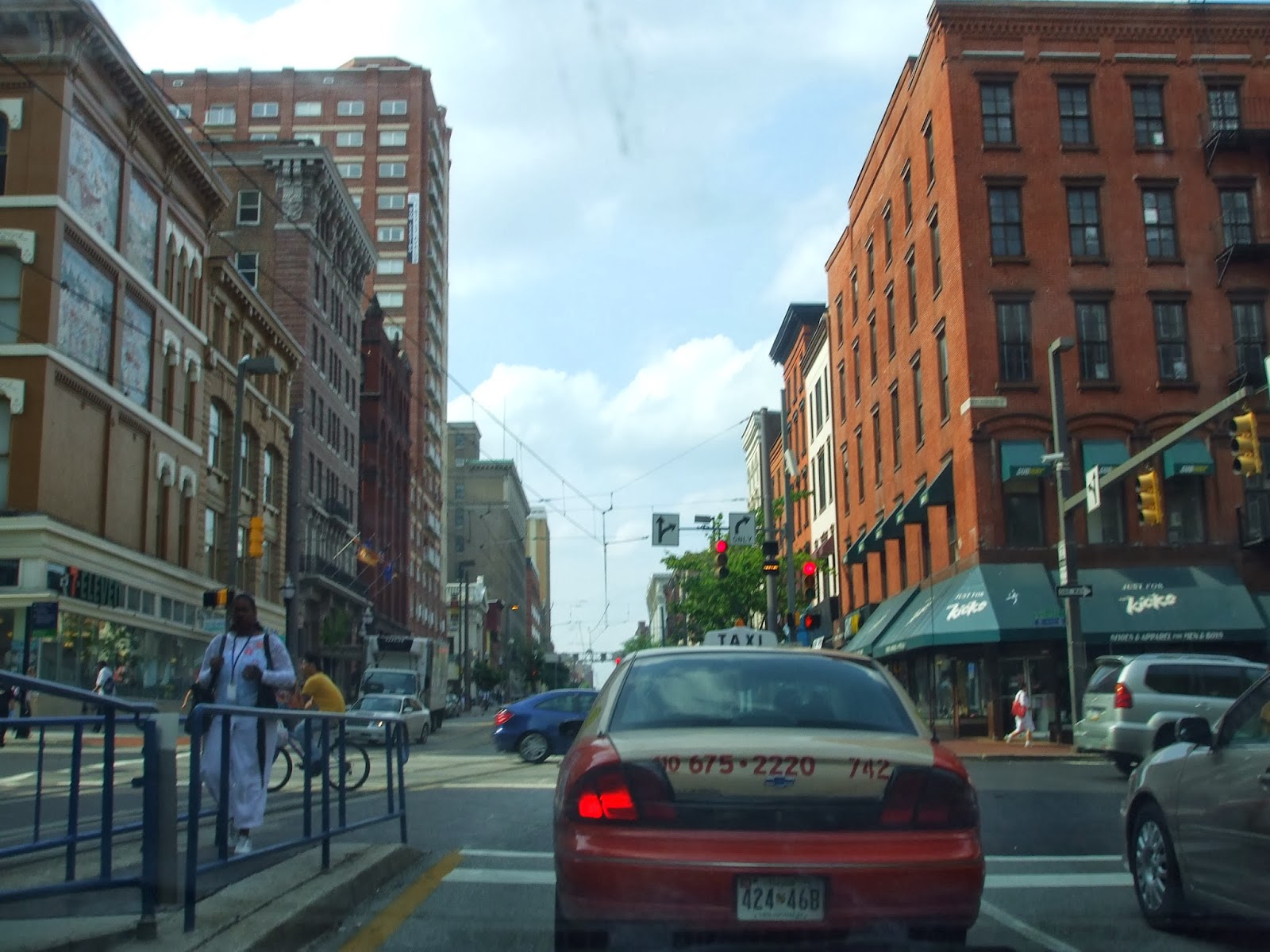 Right now, with only the Light Rail(Blue Line) and the Subway (Green Line) there is only one possible place for a transit hub; Lexington Market. Unfortunately, whoever was given the task to plan the route for the Light Rail (it's newer than the Subway) nobody thought that locating a Light Rail Station one block west where the Subway Station is could in fact increase ridership and make rail transit viable. 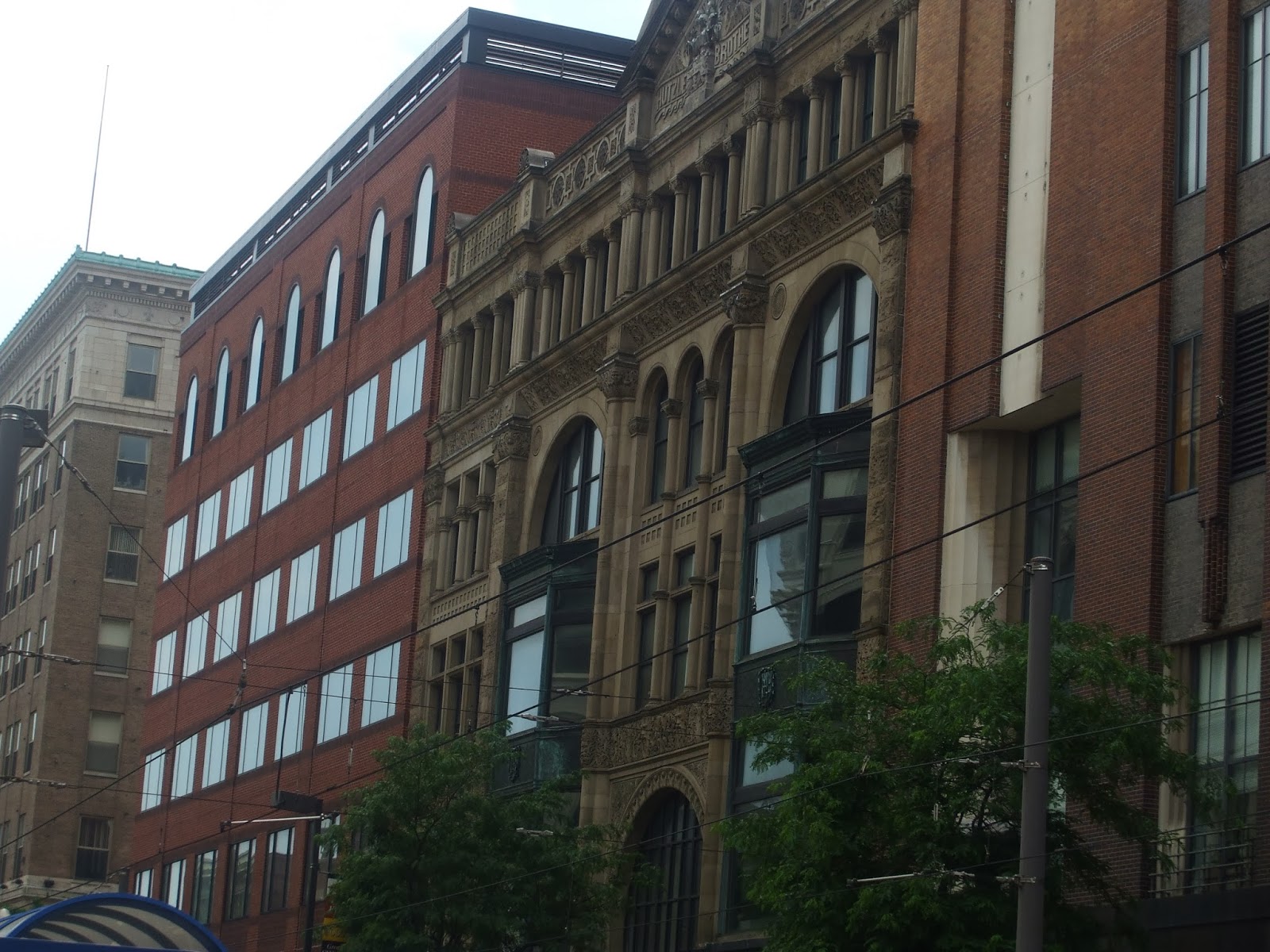 Several years ago I attempted to address this by relocating the Light Rail, tracks under Eutaw St. This post was not met with warm fanfare to say the least. I don't consider that a bad thing because posts like that force me to look for a new way to address the problem the bad post was attempting to solve. 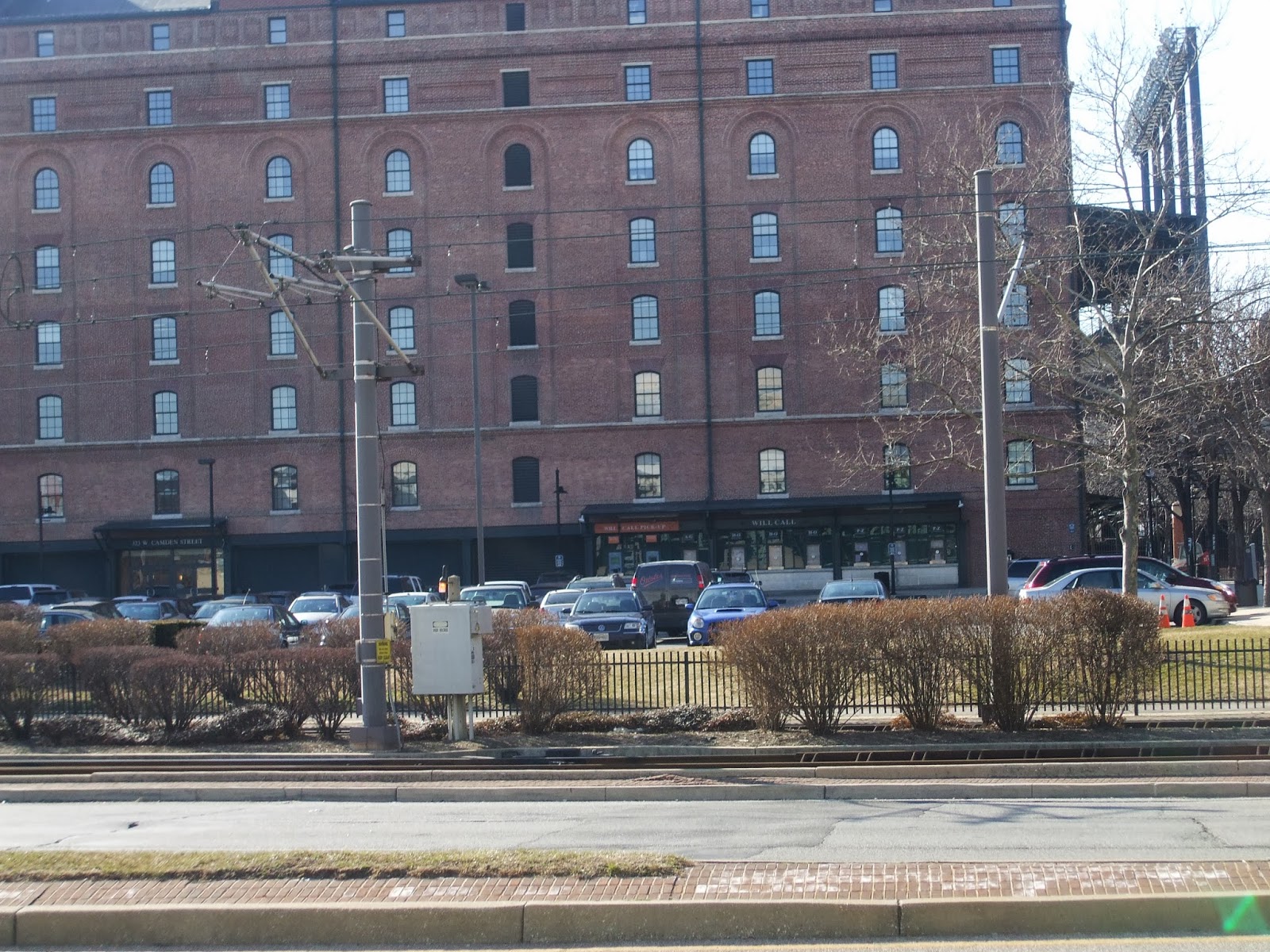 It was at this time that I began reading about the CSX fire in 2001. The tunnel that runs under Howard St. from Camden Yards to the JFX was deemed unsafe for cargo trains and it would have to be vacated by the CSX and a new route would have to be thought up. Now where does that leave the vacated Howard St. Tunnel? Many transit advocates not unlike myself have called for tunneling the Howard St. Light Rail underneath where it currently sits. This will free up precious lanes on Howard St. and should generate more private money to invest in the Howard St. Corridor. 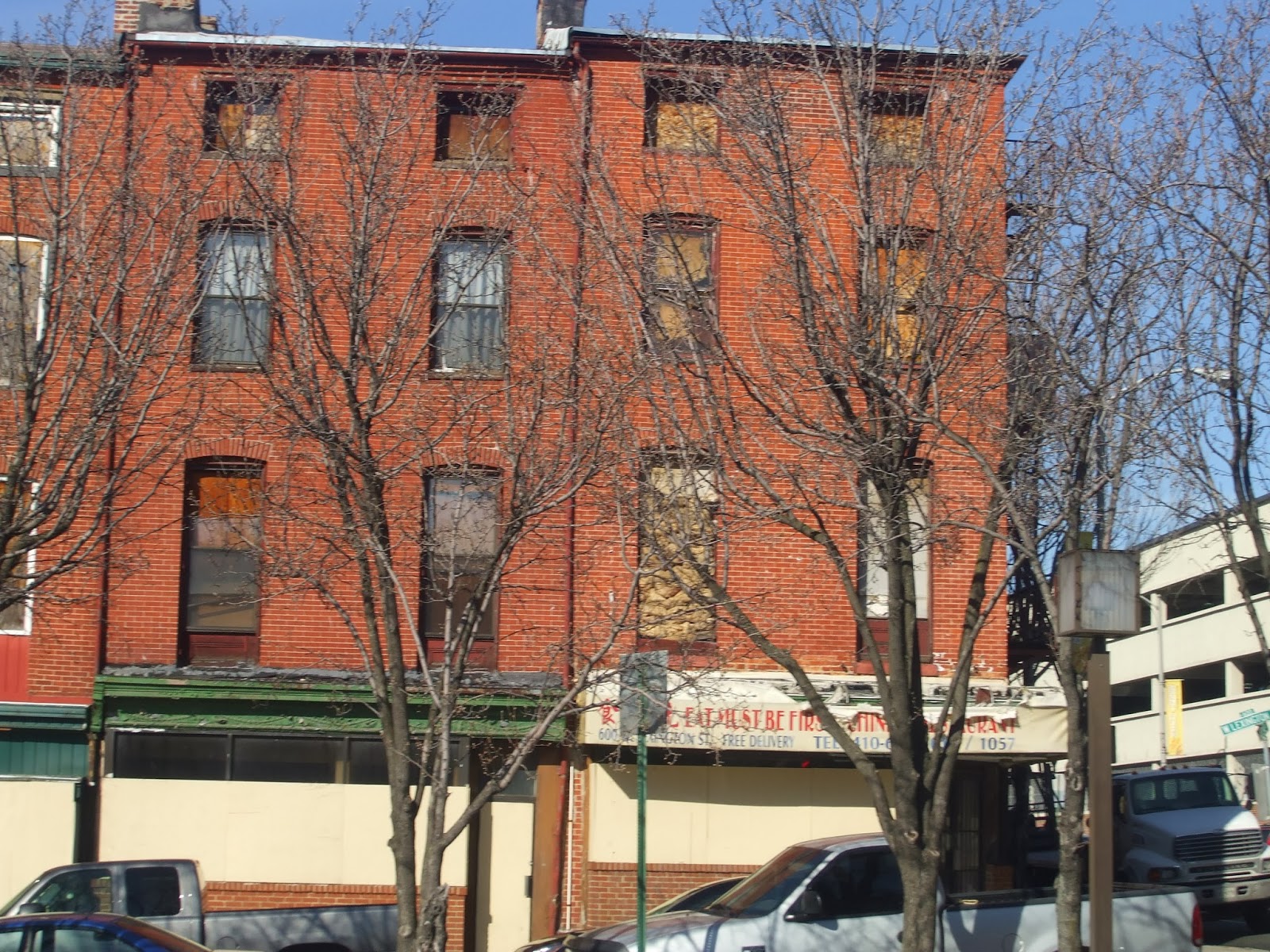 Although this endeavor wouldn't be nearly as costly as other rail line building/expansion projects it would still cost a pretty penny to build escalators and elevators down and making platforms underground for passengers to board and de-baord the trains. The physical tunneling which carries the heftiest price tag would already be done. I say lets get this started full speed ahead! 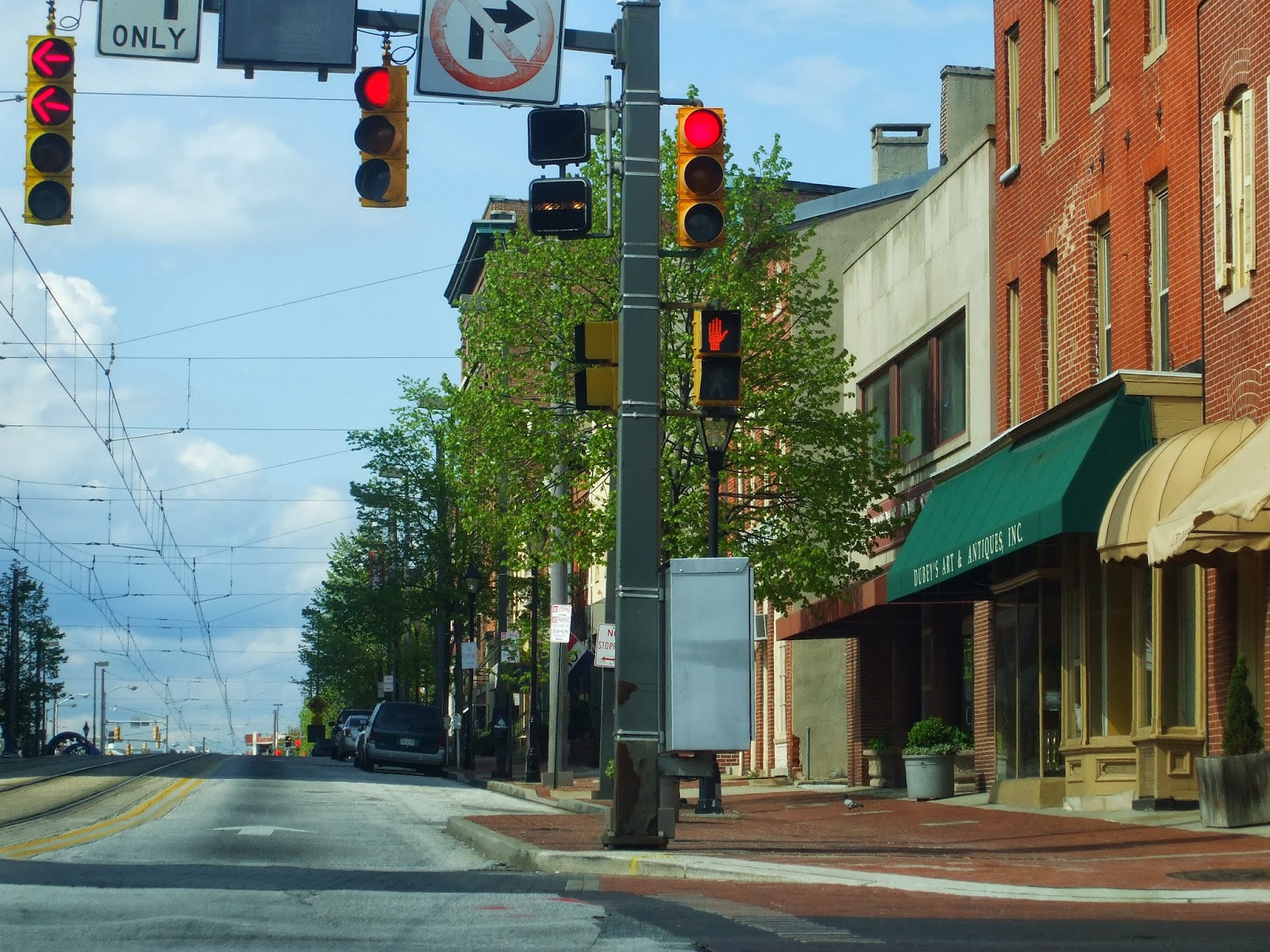 With the Howard St. Light Rail Tunneled it would be easier to think about making Lexington Market a transit hub. We wouldn't relocate any stations or anything like that but option to switch lines underground without leaving the station (s) possible. If you're on Howard St. and you go down an escalator you could board from that escalator not only the Light Rail but the Subway. Likewise, if you're going down an escalator from Eutaw St. you could board not only the Subway but the Light Rail as well. 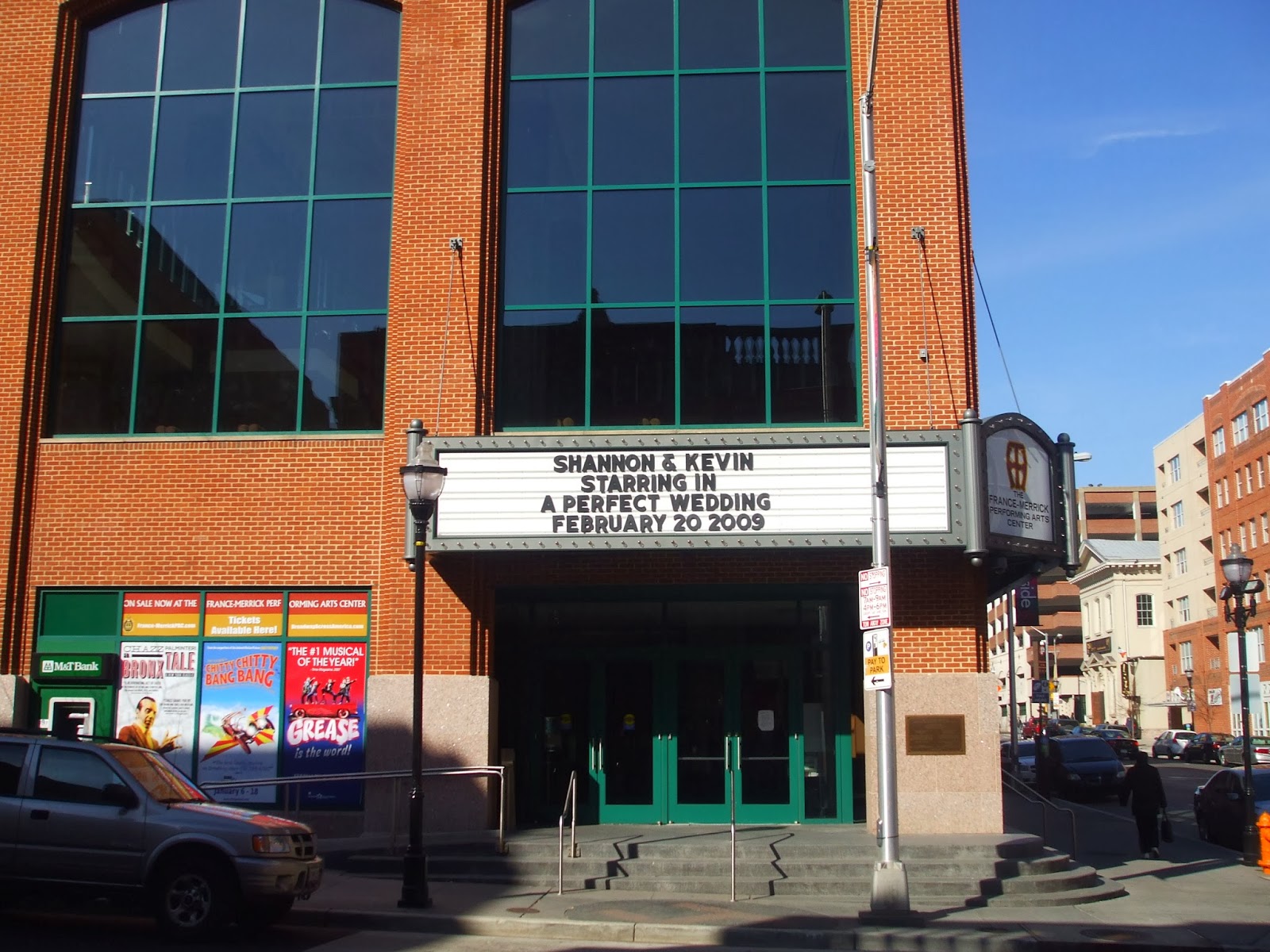 With a plan like that the only tunneling needed to make that happen would be the block of Lexington St. between Howard and Eutaw St. True, this would be an expensive endeavor but I think bundling it with the Red Line construction costs would help us see the money sooner rather than later. Personally I would like to see a Lexington Market Stop on the Red Line as well. You can find that on one of my many posts that blasts Red Line Option 4C and provides an alternative that serves Downtown, the Inner Harbor and Southeast Baltimore much better than option 4C. 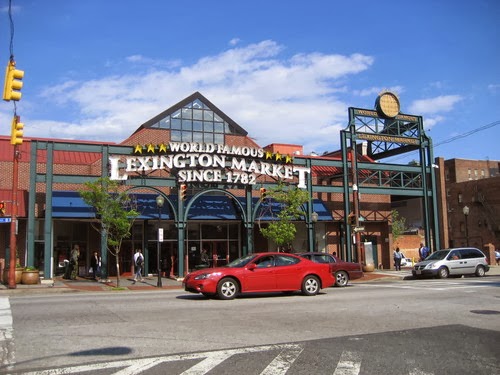 Now back to Lexington Market. It's agreed that tunneling the Howard St. Light Rail and creating a block long tunnel between the two or perhaps three stations would create a transit hub unlike that which Baltimore has never seen in modern day history. The question remains, aren't people still walking that same block between Howard and Eutaw St.? Other than not having to brave the elements, the walk is the same right? That's why I have decided to include conveyor belts that literally give you a ride for that block in between the two stations. Just stand and enjoy the ride and next thing you know you're at the other end of the station. Now are you convinced this is a transit hub? I thought so. 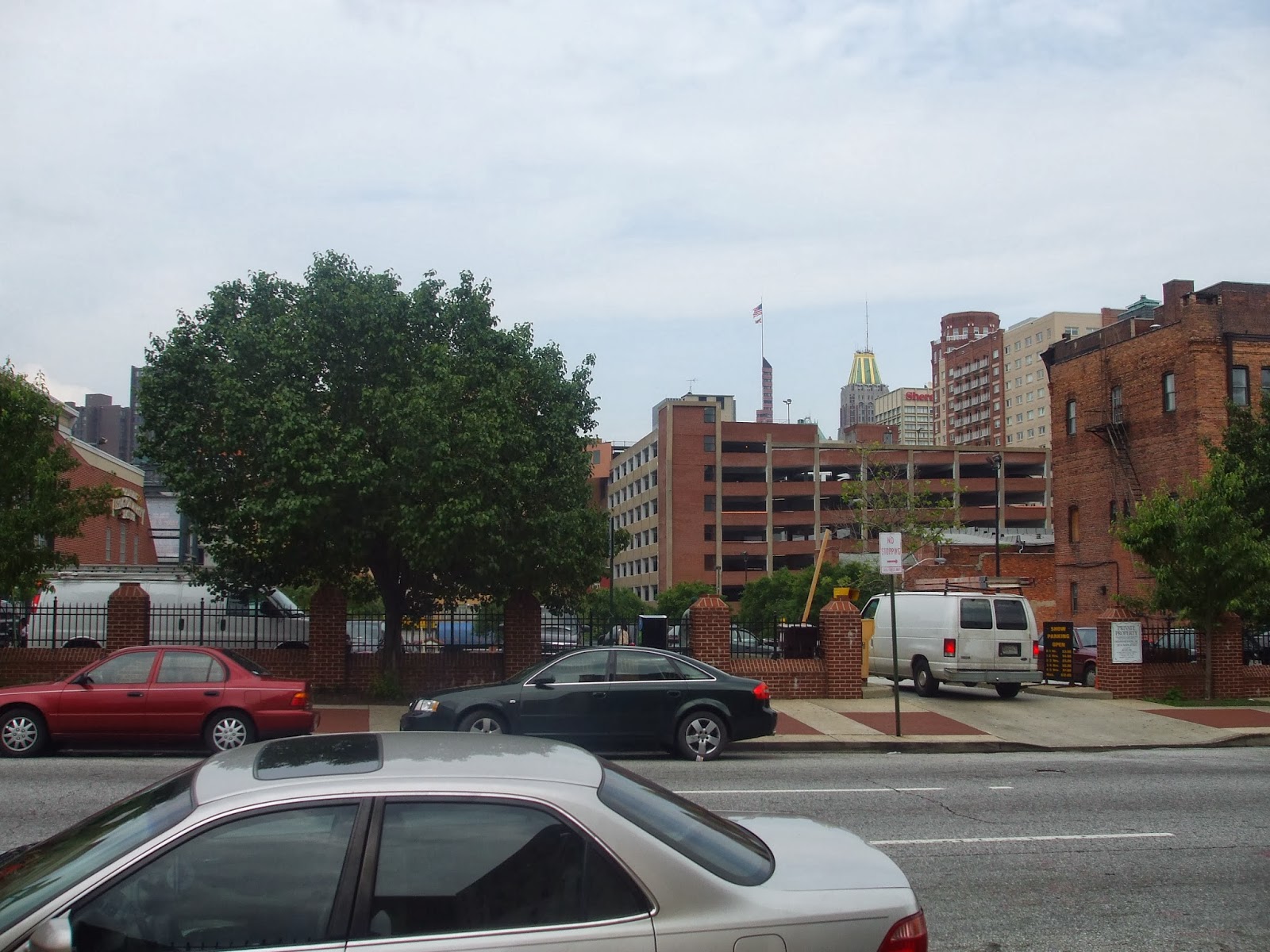 When planning the Light Rail and the Subway there was obvious disconnect when linking the two together. Lexington Market is the shortest distance between the two. In order for Baltimore's Rail Transit to grow and increase ridership, there must at least one hub that connects the two. By tunneling the Howard St. Light Rail and making the block long tunnel under Lexington St., a small move in the grand scheme of things, this one tunnel will do what has yet to be done in modern day Baltimore; create a transit hub. 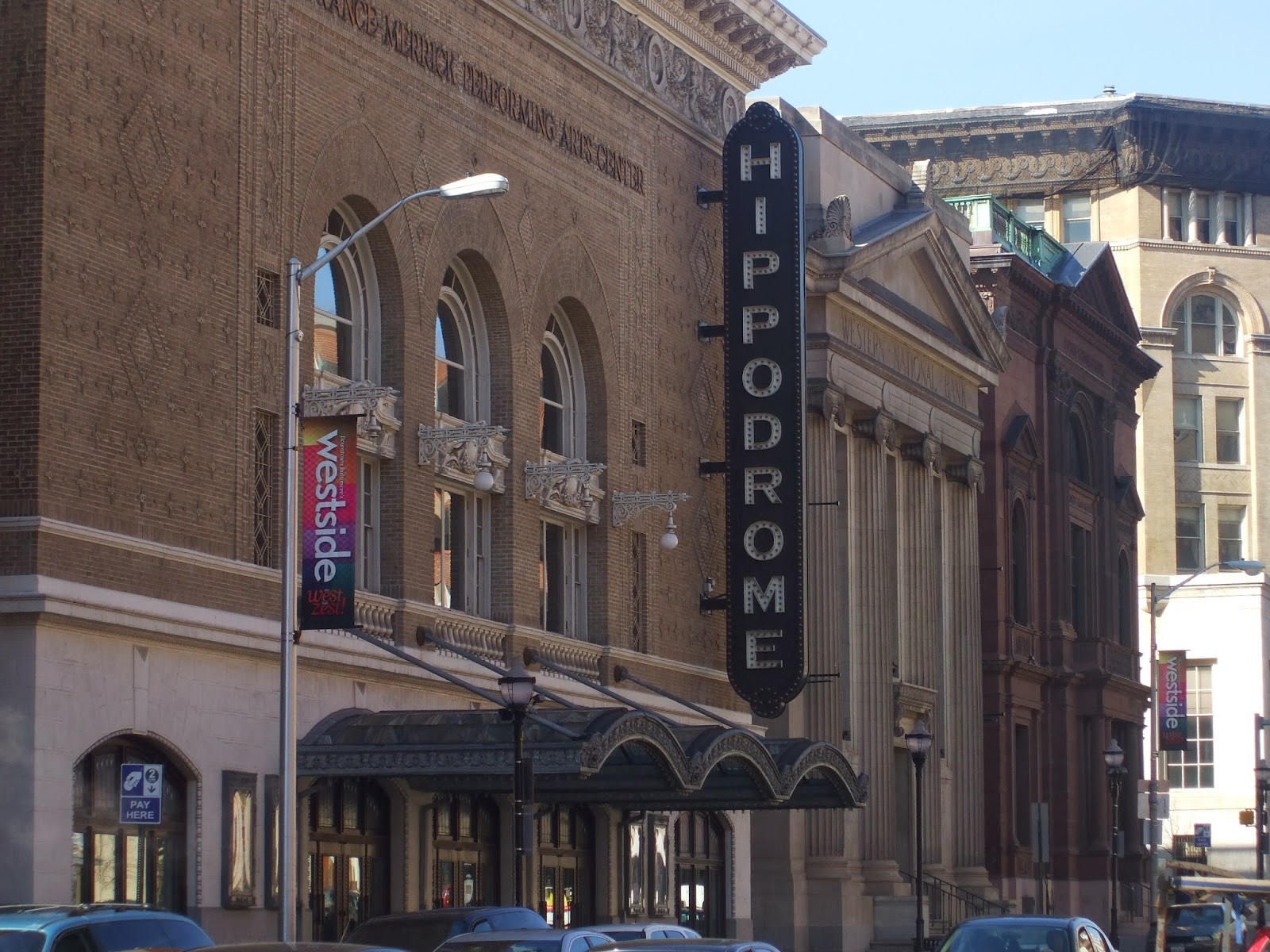