Could Rail Transit in Columbia Be Closer Than We Think? 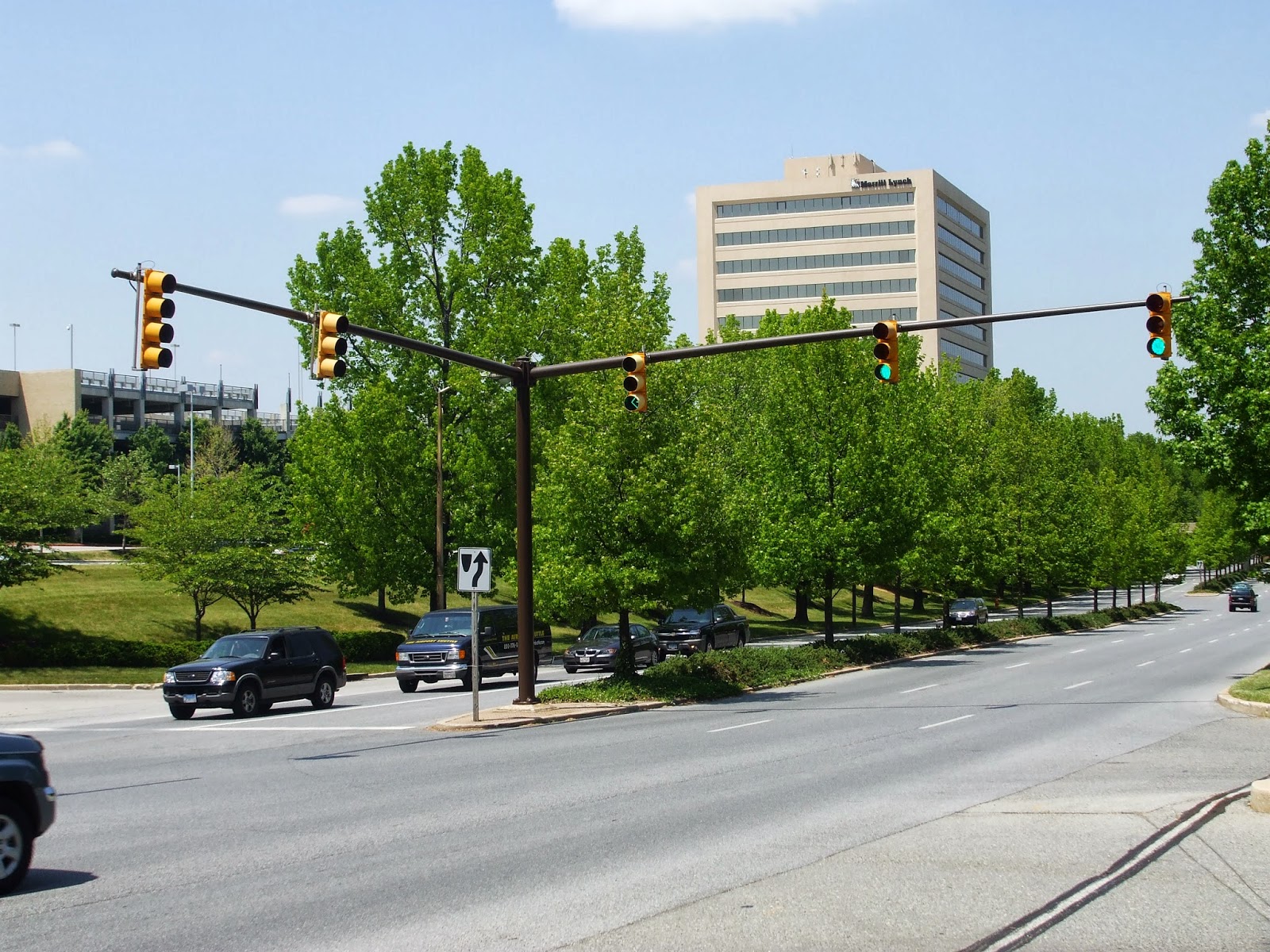 This post is one of those rare opportunities in which the content is relevant to both blogs. As a result it will appear on both blogs. With that being said, I ask you this question; Could Rail Transit in Columbia Be Closer Than We Think? Short answer; Yes. Relatively short answer; yes but nobody knows it. Long answer; yes but nobody knows so I'm going to explain how it can happen. 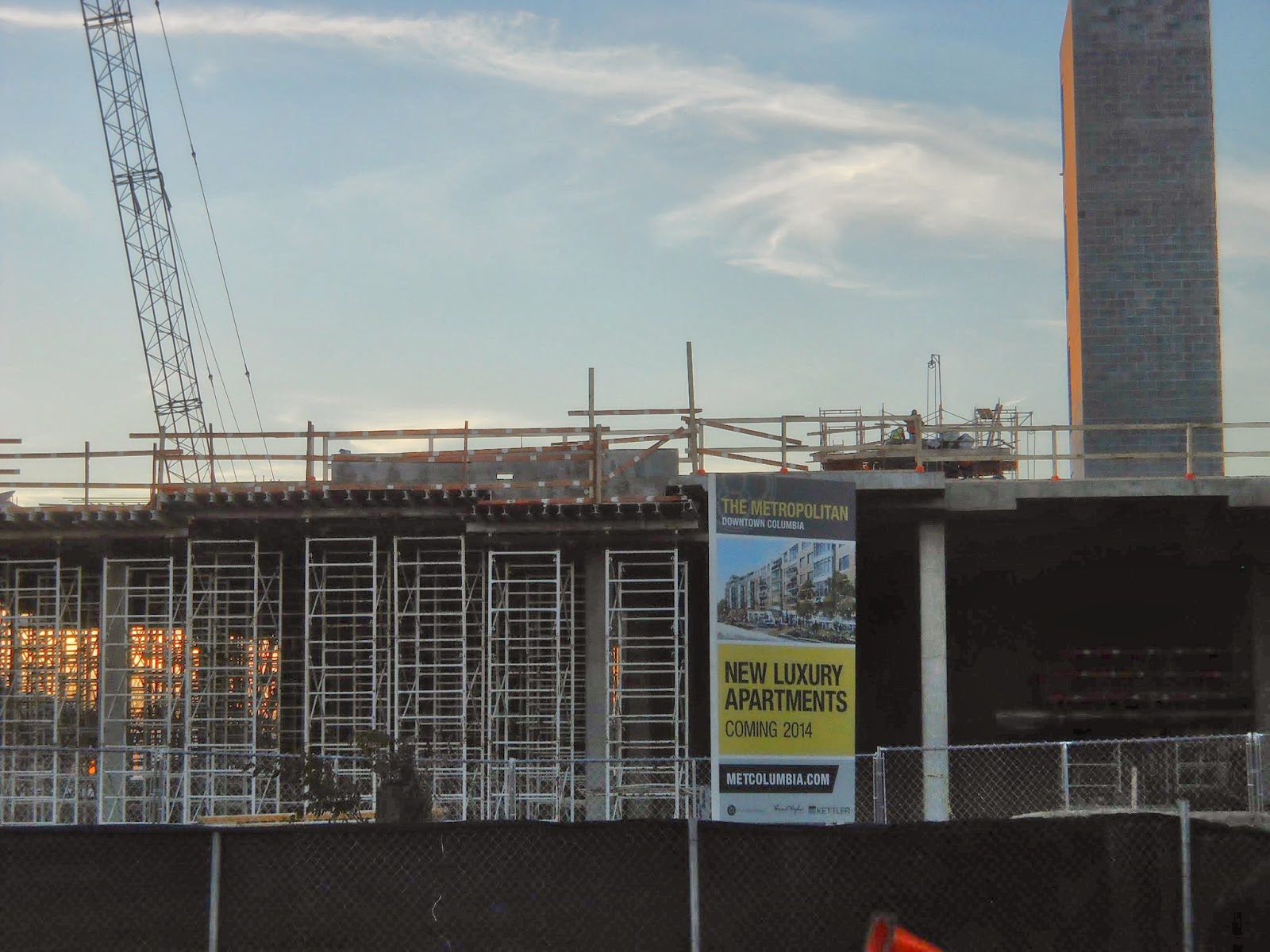 The redevelopment of Columbia Town Center has slowed considerably due to the recession but in 2012 plans have begun to pick up steam again and in 2013 construction has begun and this year construction has continued as well as new plans being introduced. Part of the Master Plan for Columbia Town Center includes a Rail Transit Stop that will link Columbia to Baltimore. This same stop could also eventually link to the DC Metro for a truly regional comprehensive Rail Transit System. 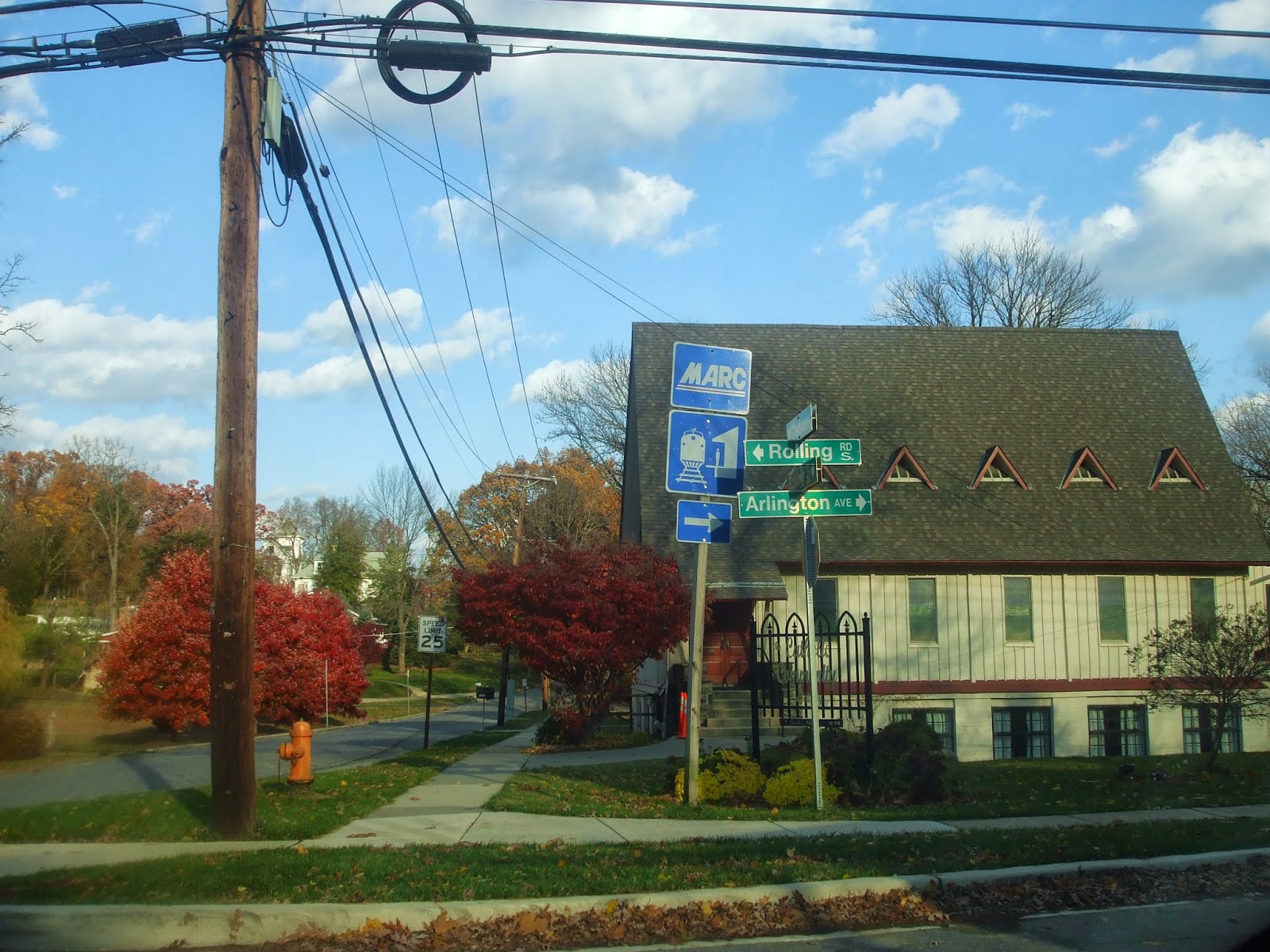 Everybody says this is way off in the future but in order to keep producing posts for this blog, I spend my days looking at maps any and all types ideas. In doing so I found a way that can link Columbia to Baltimore relatively easily and by using mostly existing tracks it will be much cheaper than most other projects coming down the pipeline. 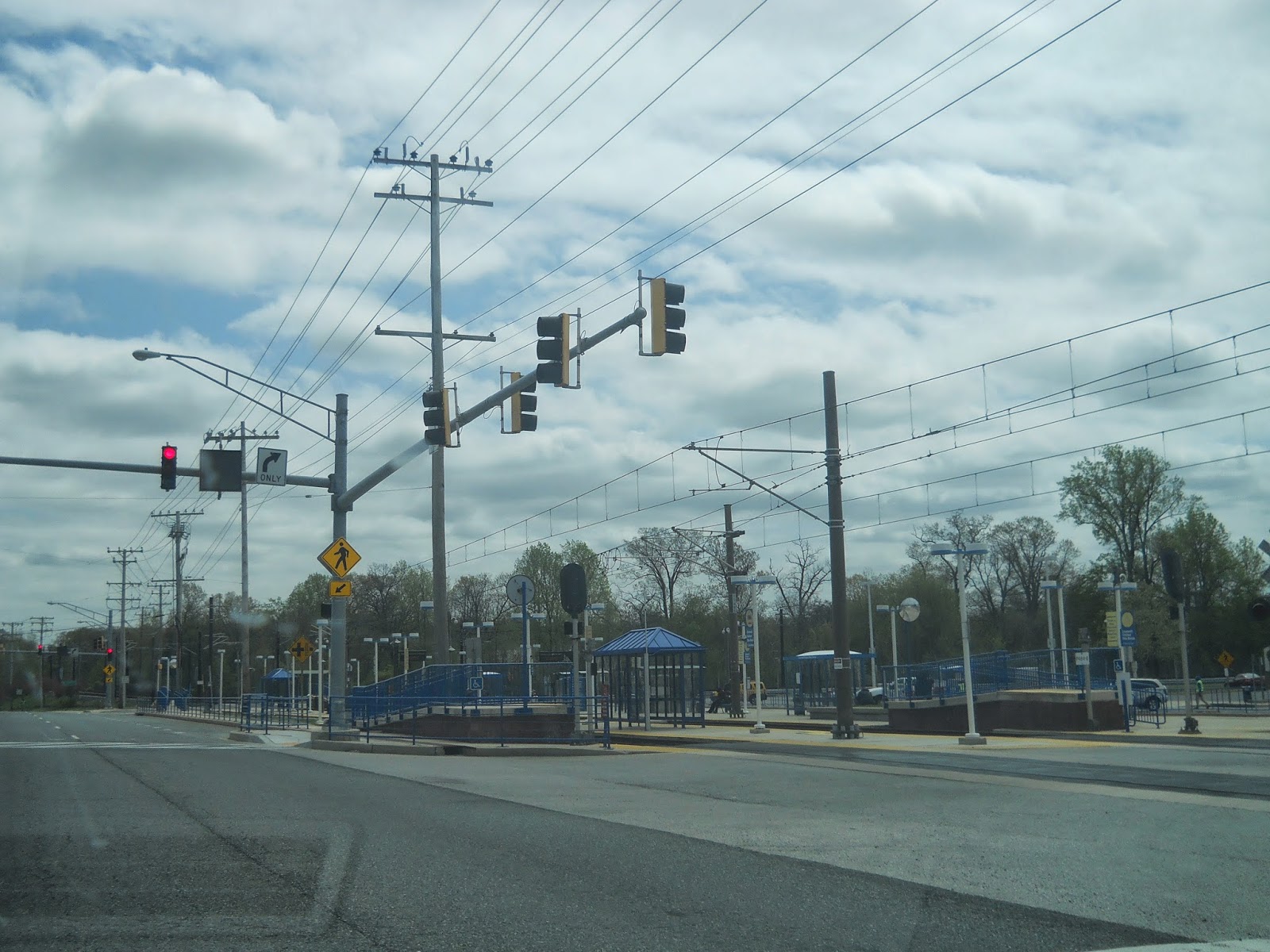 In order to make this appear feasible we must first look at what's already there. Right now we have the Central Light Rail Line. In the Baltimore Regional Rail Transit Plan the Central Light Rail Line will break into two separate lines; The Blue Line and the Yellow Line. The Blue Line is already built to what is proposed in the Regional Rail Plan going from Hunt Valley to Cromwell Station between in Ferndale/Northern Glen Burnie (although my goal is to extend it to Annapolis) Then there's the Yellow Line, when completed it will share some track space with the Blue Line as already but when completed it will go from Towson to Columbia Town Center. 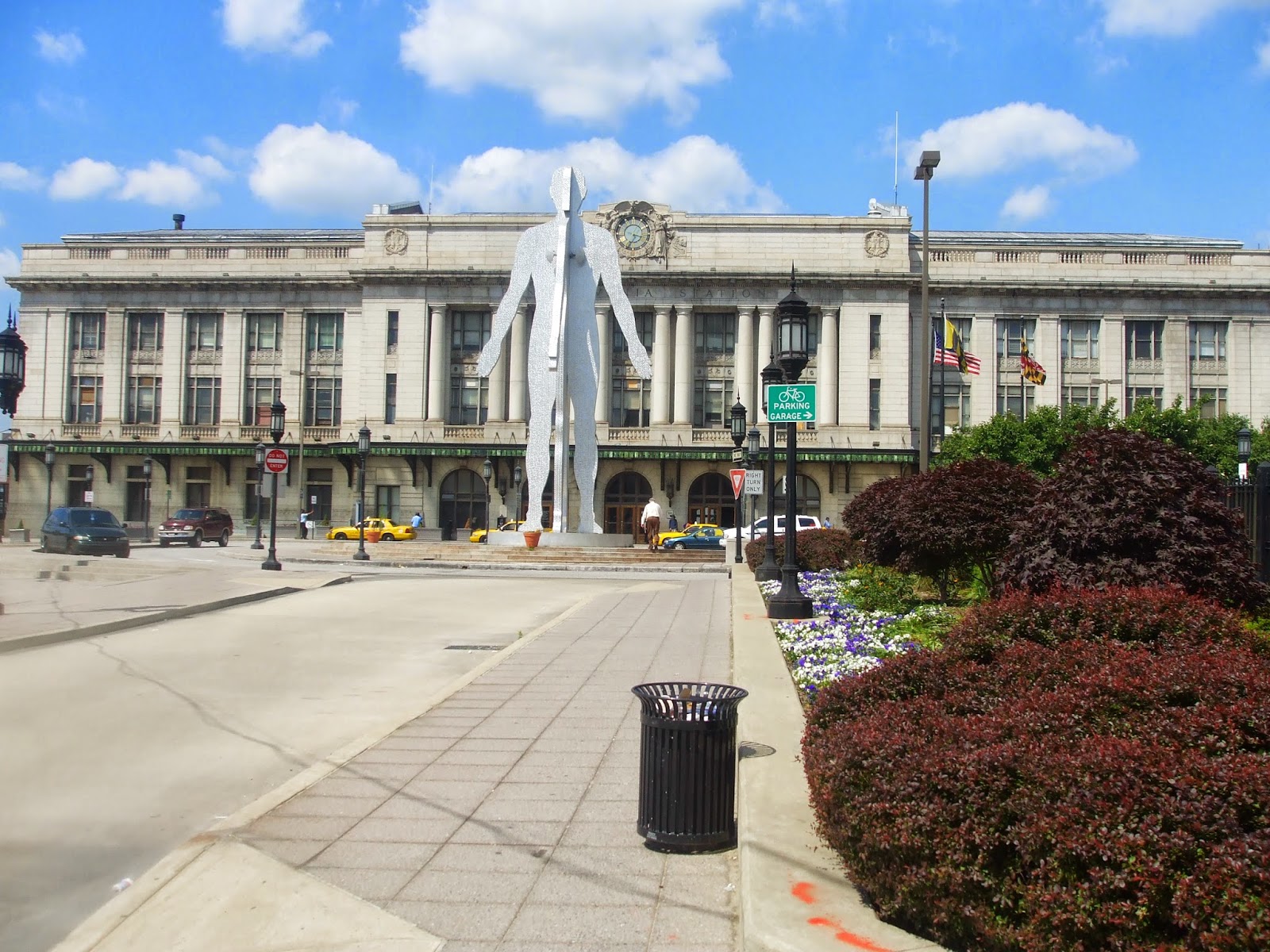 To break up the two lines and "birth" the Yellow Line, all that would have to be done is to change the maps. If one is to ride the Central Light Rail Line (Blue Line) they will no longer have the spurs going to Penn Station or BWI Airport. The Yellow Line in its infancy will be those spurs starting at the Airport. joining the Blue Line for the vast majority of its length until it's expanded and then ending at Penn Station. Eventually the Yellow Line will get to Penn Station by way of Charles Center, Mercy Hospital, and Mount Vernon but that's way in the future. 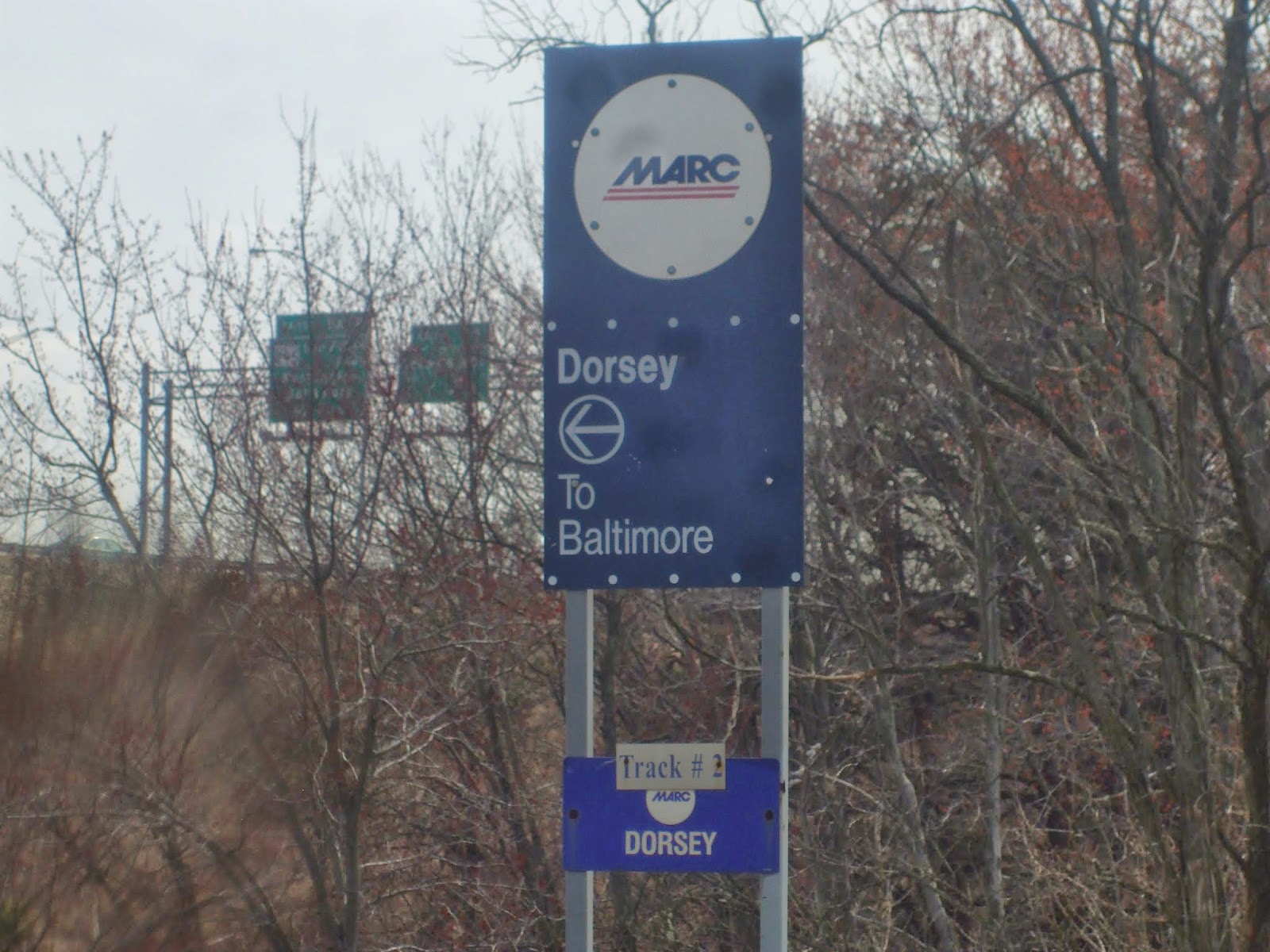 Now back to Columbia, the Yellow Line is the Line that is to be extended to Columbia. Its southern end is at the Airport. Therefore we have to find a way to connect Columbia to the Airport. Before the Yellow Line (as I will be calling it from now on) turns into the Airport it runs parallel to Aviation Boulevard (MD 170) it will roughly continue to do so intersecting the MARC Penn Line at the BWI Amtrak Station. It will then travel through land that is largely undeveloped and is being banked for the future BWI "Aerotropolis. In Hanover at the Howard/Anne Arundel County line, the line will join the MARC Camden Line. 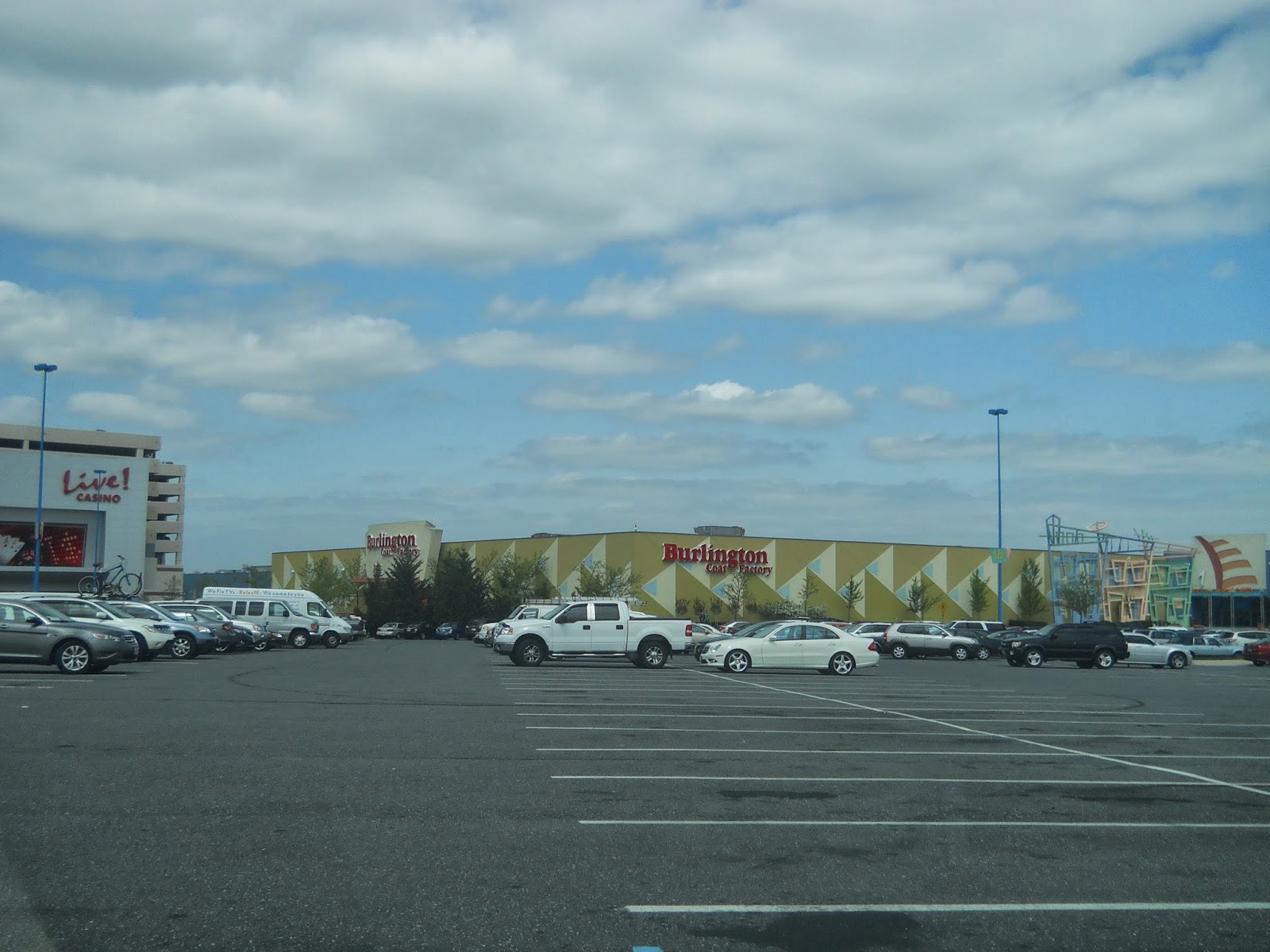 When funding more funding is in place the Yellow Line will continue on its own southbound with stops at the Baltimore Commons Business Park and Arundel Mills Mall/Maryland Live Casino which is one of Maryland's fastest growing areas. After leaving Arundel Mills it will meet the MARC Camden Line at the Dorsey MARC Station. Again, this won't be right away. 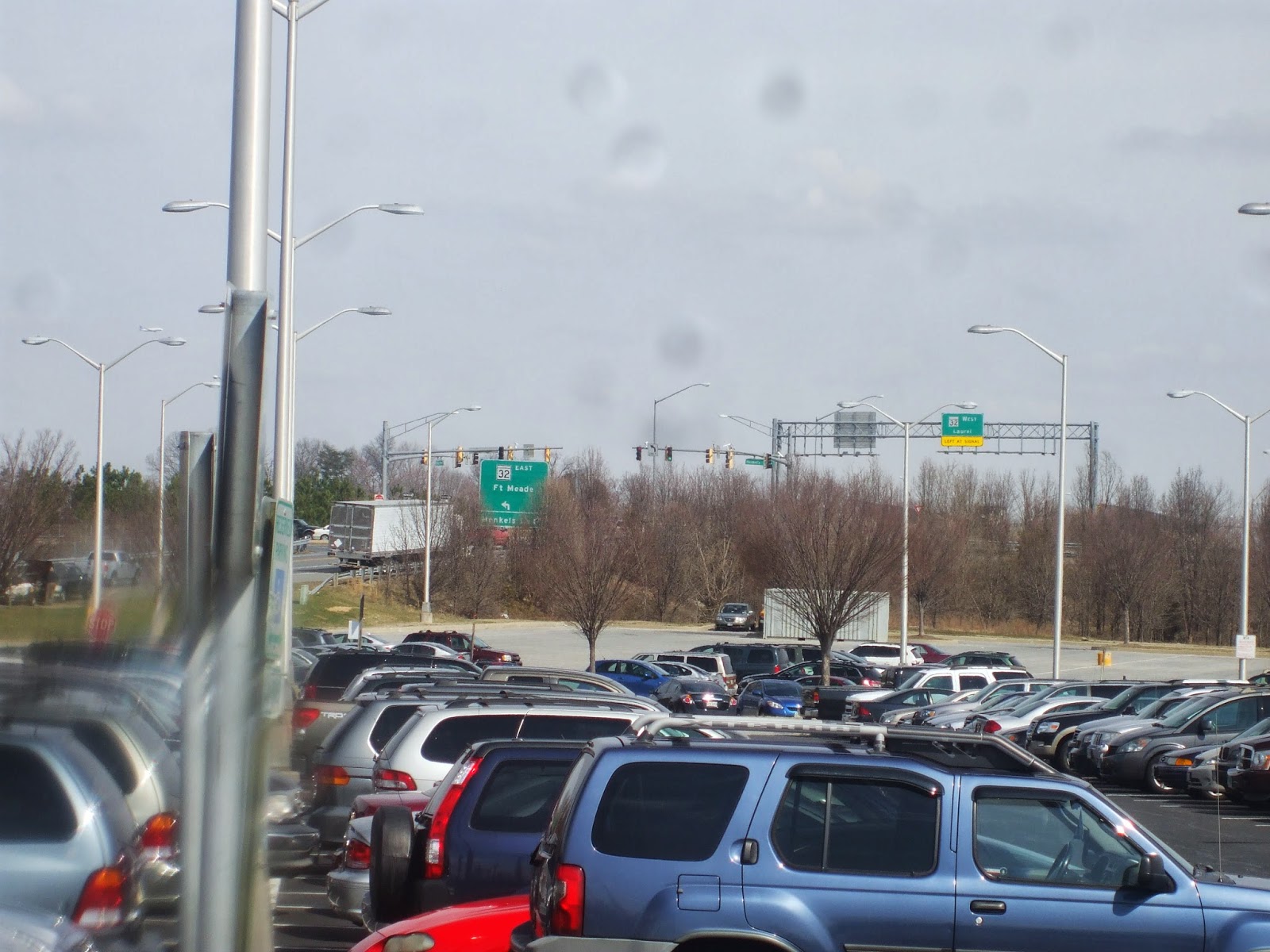 Once the Yellow Line joins the MARC Camden Line it will share tracks until there's a westward split between the Jessup and Savage MARC Stations. This leads into a largely industrial part of Savage and Jessup and skirts Guilford, an out-parcel of Columbia, This spur of train tracks ends in between Guilford, and the Columbia Villages of Owen Brown and King's Contrivance. Given how there's no real funding in place for tunneled rail transit this is the end of the line for now. It does give Rail Transit access to Columbia, not Columbia Town Center just yet. 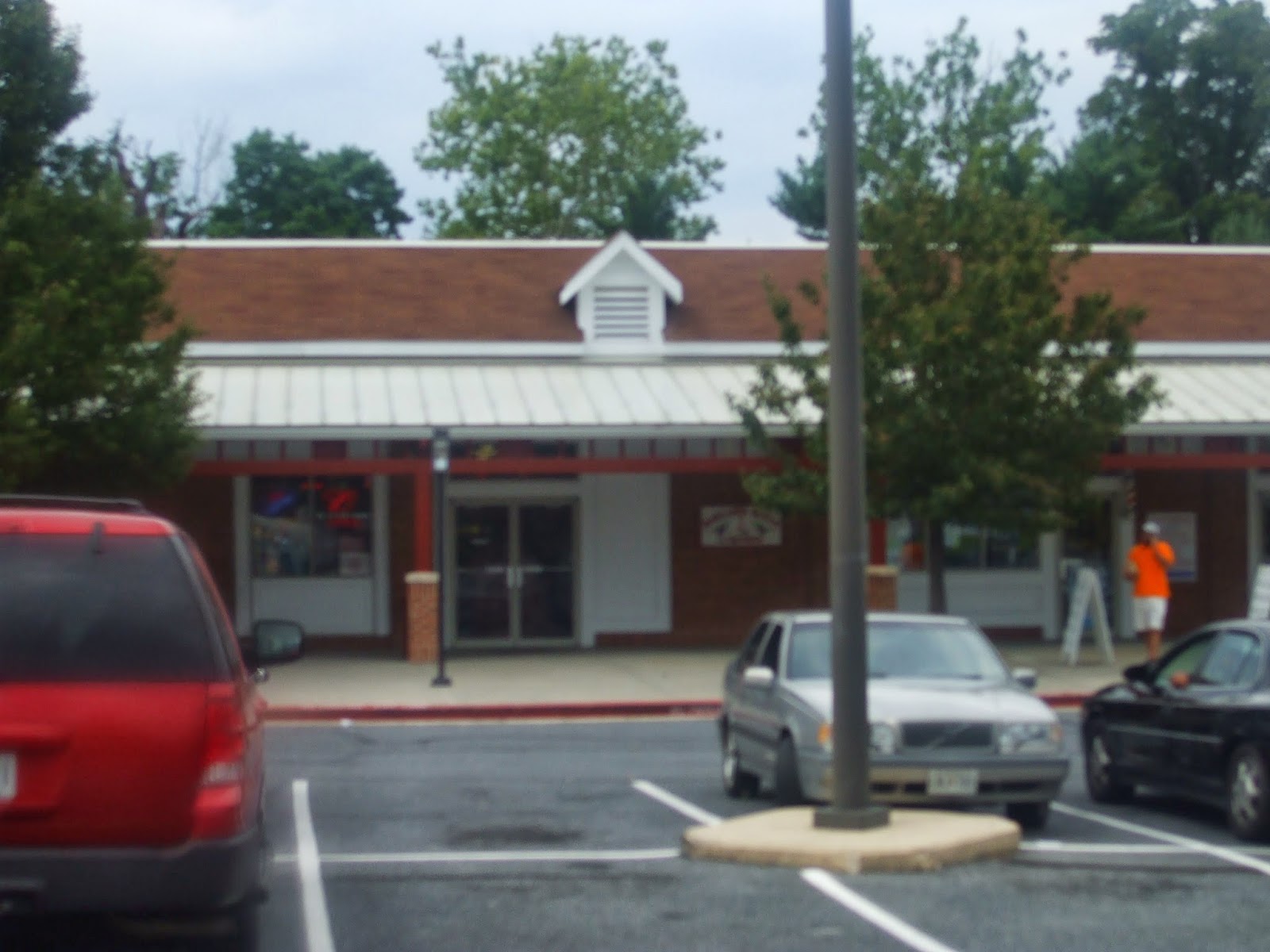 When the time comes for a Town Center expansion I would have it go up Broken Land Parkway and have it go through Oakland Mills for a stop at its Village Center (pictured above)as the Multi-Modal pathway proposed will make for a great right of way. This will also spur much needed reinvestment and redevelopment for the Village of Oakland Mills. Using this same Multi-Modal path, the Yellow Line will cross Rote 29 and will reach its ultimate southbound destination; Columbia Town Center. 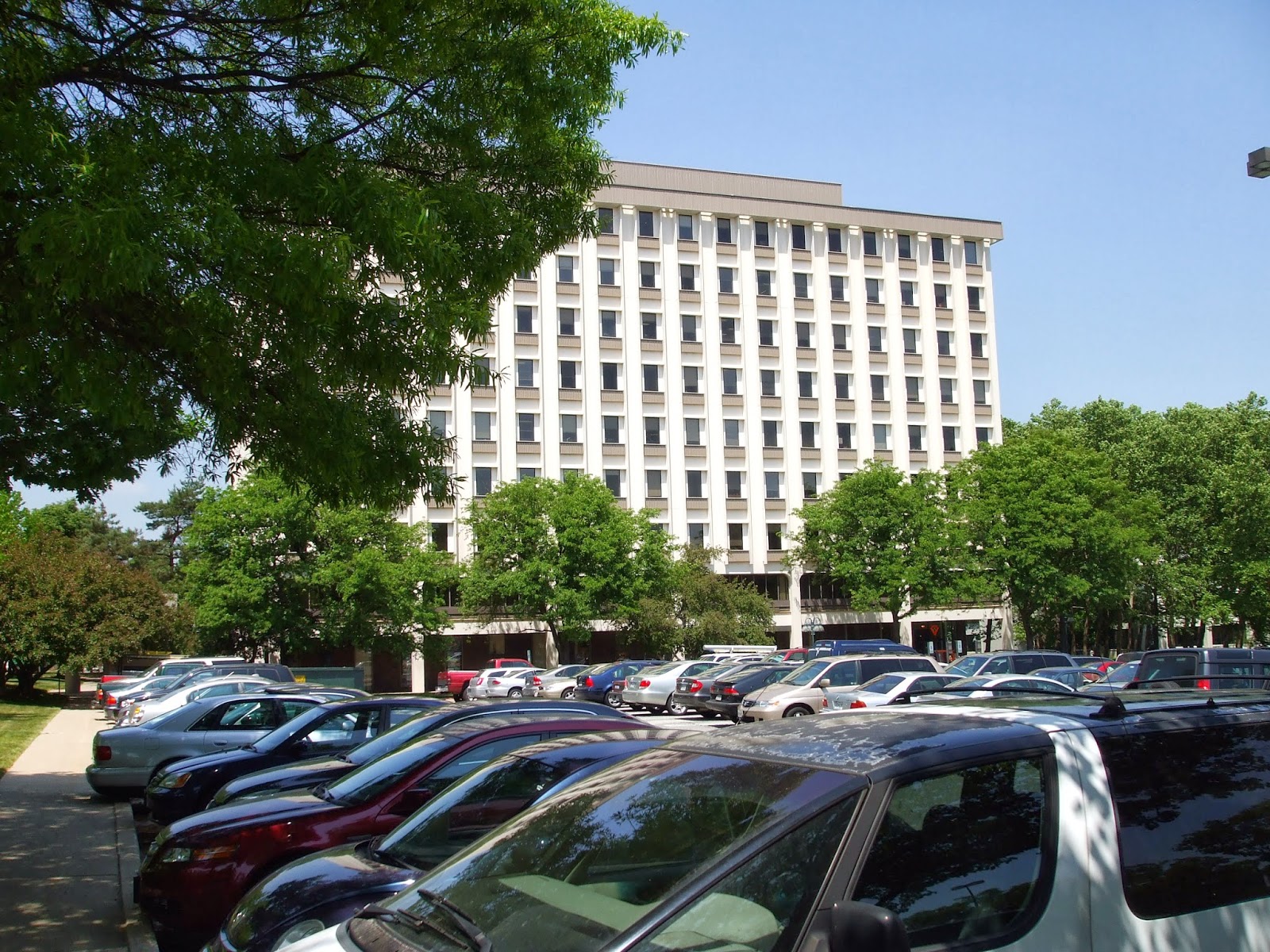 Although I have started the route to Columbia by hardly laying any track down, when the route goes all the way to Town Center via Arundel Mills, there will have to be new tracks laid down, dug up and tunneled. However this "el cheapo route" will surely help the Mastered Planned vision of the Yellow Line come to fruition and that Rail Transit in Columbia actually is a lot closer than we think.
Posted by Spence Lean at 10:57 PM