Does Formstone Play A Role in Gentrification? 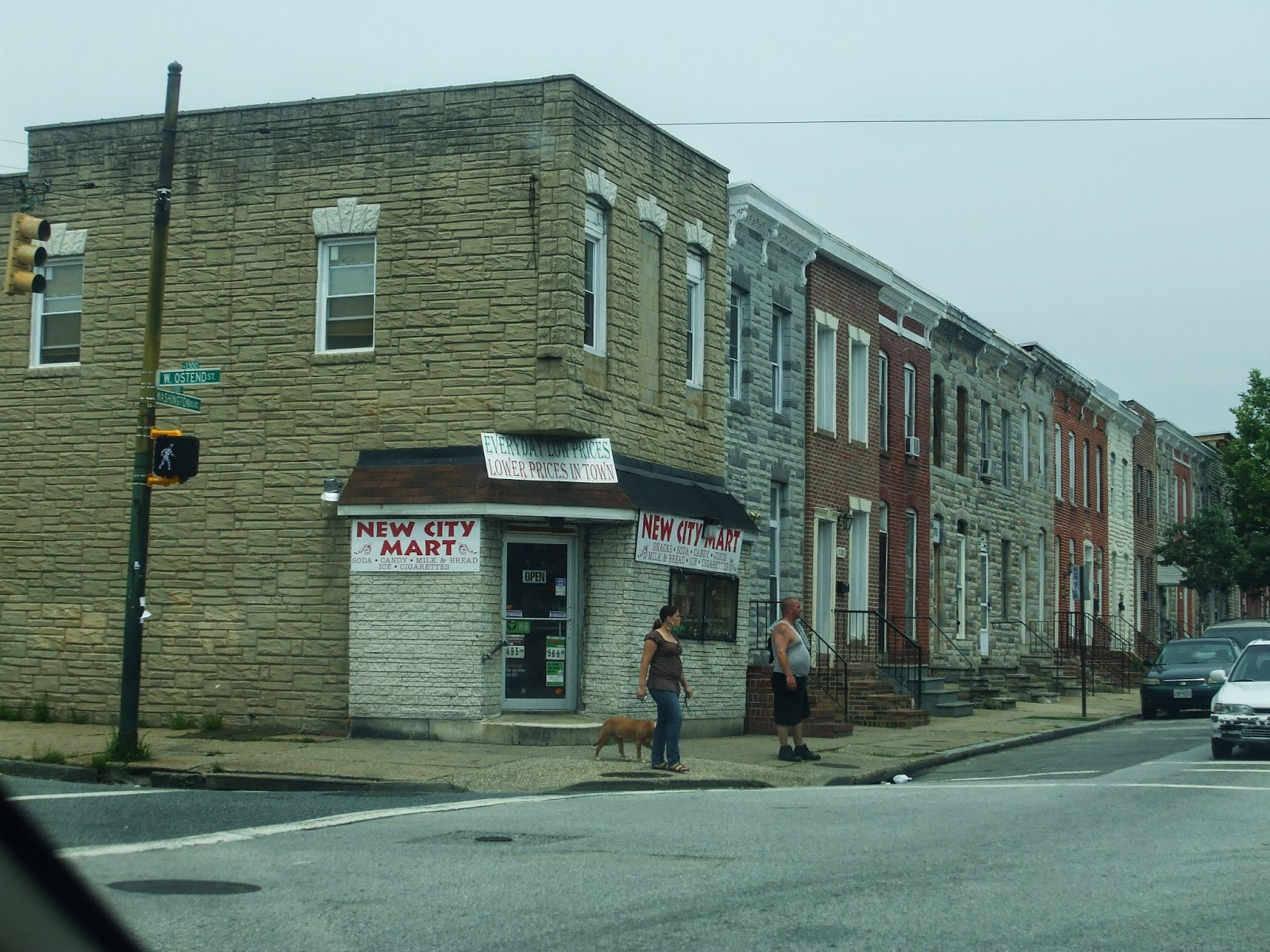 Baltimore has always been a City obsessed with its history. This obsession has produced many successful rehabs of old buildings and in the case of Fells Point, Canton, and Otterbein, the rerouting and abandonment of a highway that would destroy some of the City's oldest housing stock. The renewed interest then sparked a massive rehabilitation effort in Neighborhoods bordering the Harbor and has stretched above Patterson Park and will eventually make its way to Pigtown. Quietly there's been a debate going on as these Neighborhoods have made a come back concerning the role formstone will play (if any) in the continued reinvestment of these Row House Neighborhoods. 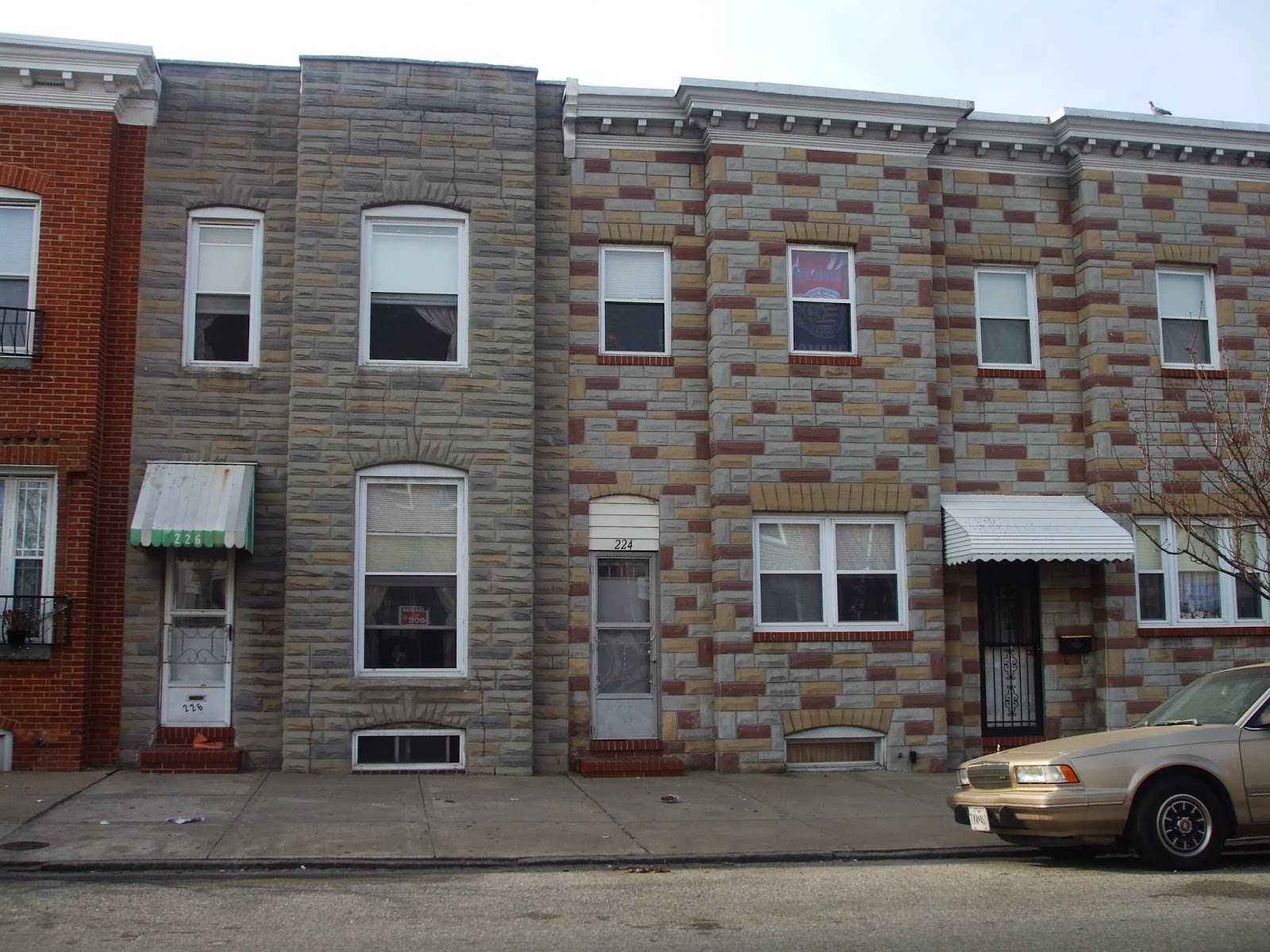 Now what is formstone first and foremost? Formstone came in to existence in the Great Depression as a means to better insulate aging brick Row Homes. If you're in a working class Neighborhood of Baltimore and you see homes that appear to have stone facades, chances are you're looking at formstone. This method of insulating homes proved much cheaper and less hassle ridden than replacing the brick facade of these homes especially as these homes had begun to lose value as the flight to the suburbs was on. Historic preservation was not a very important priority when formstone began to spread throughout the City. 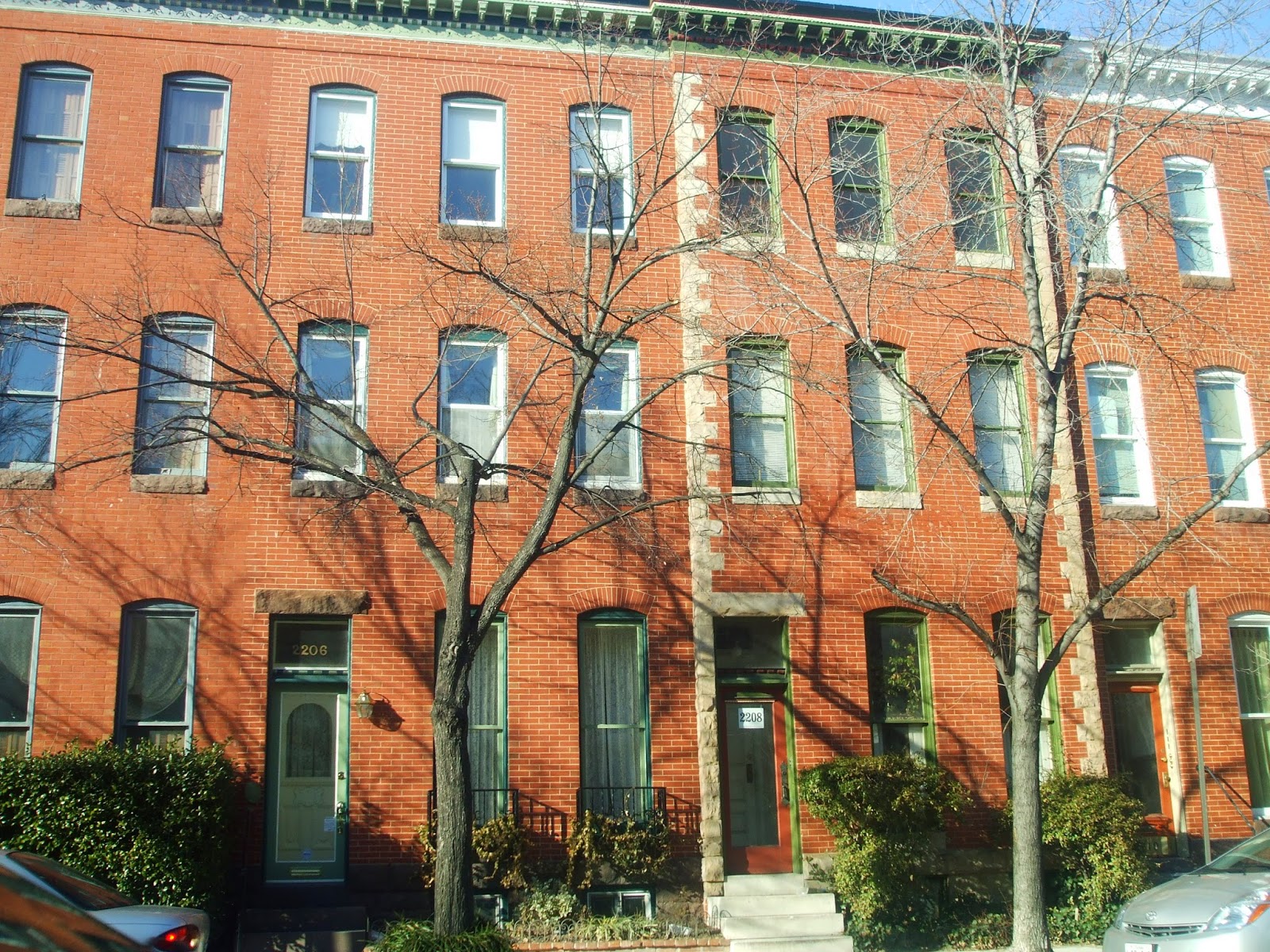 Like I said before, the routing of I-95 out of Otterbein and the abandonment of I-83 going through Fells Point and Canton brought historic preservation to the forefront of homesteaders' minds. This meant restoring the Row Homes of the Neighborhoods that were "saved" from highway related demolition to their original charm. This meant original bricks in, and formstone out. After all, Baltimore's Row Homes were uni-formally brick and as it turned out, the initial Neighborhoods that began gentrifying, were not huge on formstone to begin with. This made it relatively easy to rid the homes of it that had it. 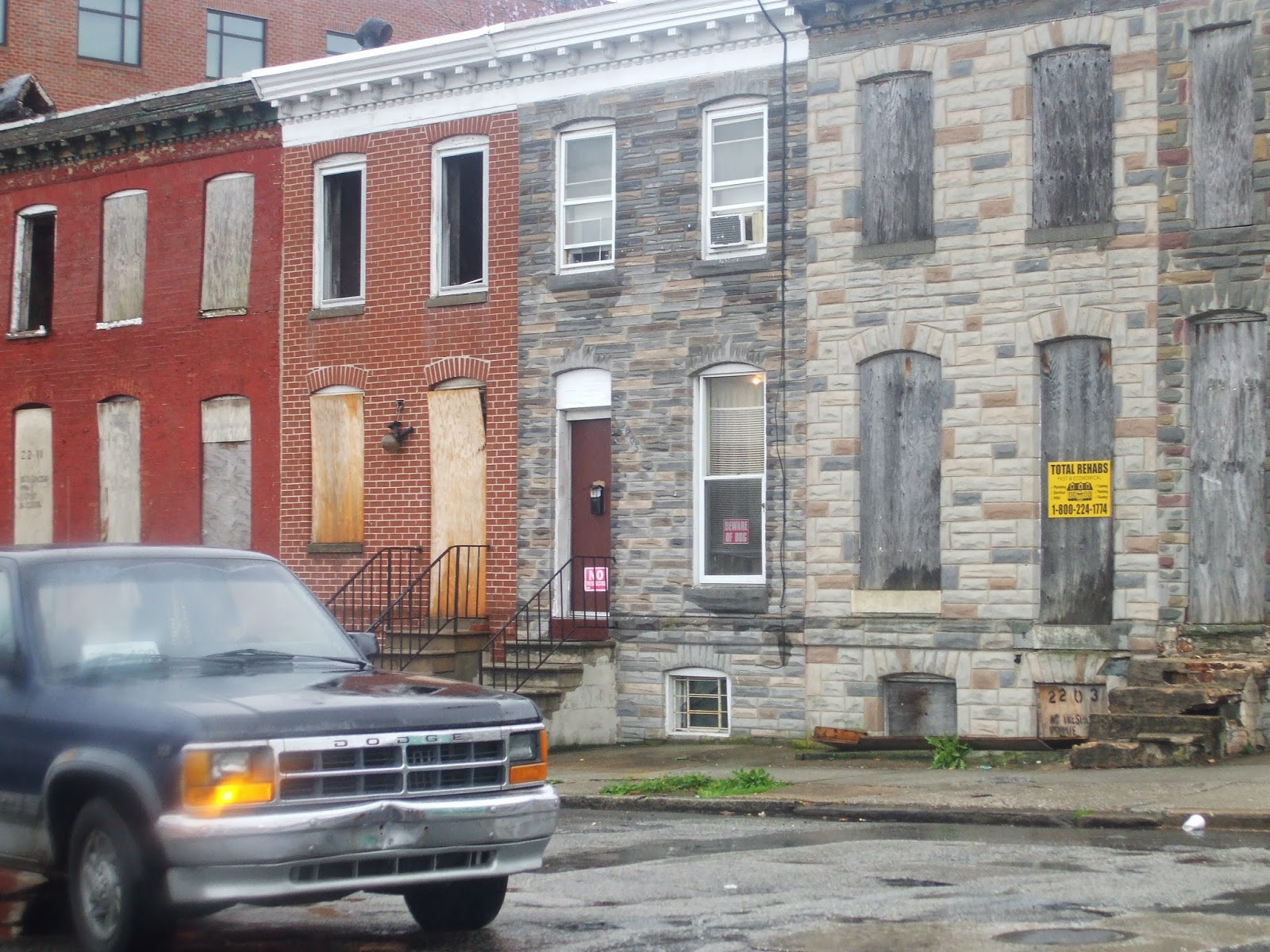 Today, as gentrification continues, Neighborhoods that were much more effected by the formstone epidemic are being targeted and are beginning to see growth once again. This is some 30 years after the original Row Homes next to the Harbor bean their gentrification. During that time, some people's attitudes and views on formstone had changed. Some had begun to view formstone itself as a piece of Baltimore's History and others want to keep it on the homes because it has become a Baltimore Gimmick in its own right. Granted this isn't all of the population, there are many investors who still wish to  rid their homes (and their Neighbor's Homes) of formstone and restore them to their original redbrick facades. 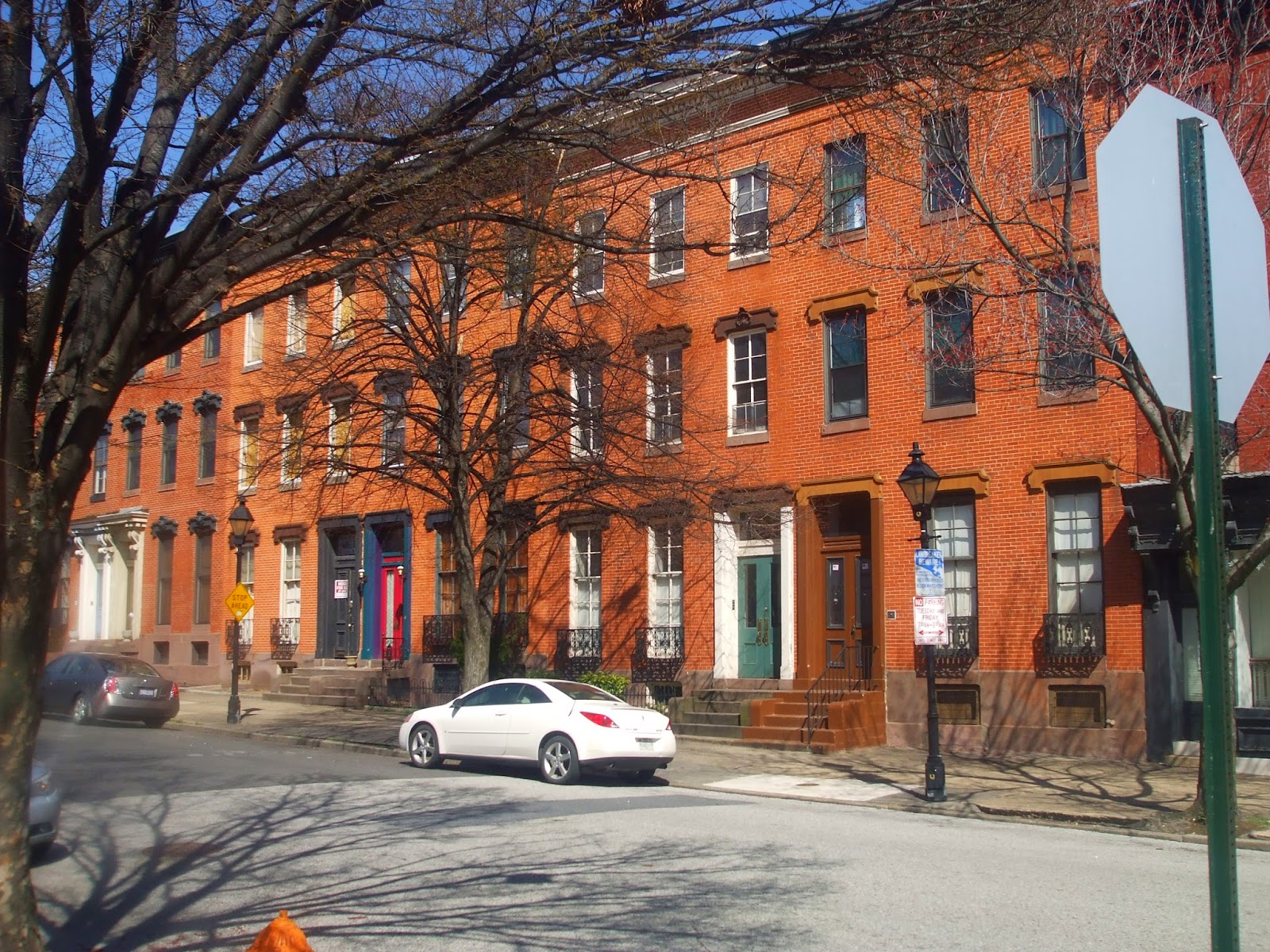 This has caused debate between proponents and opponents of formstone. Both can lay claim to being "preservationists" because formstone has now been etched to the History of Baltimore regardless. If you take a trip to some of Baltimore's most sought after and stable Neighborhoods like Fells Point, Canton, Butchers Hill, Federal Hill, and Otterbein and Patterson Park however, formstone is noticeably absent. If you take a trip to Neighborhoods that are just beginning to turn the corner toward gentrification and large amounts of investment like Highlandtown, Pigtown, CARE, Bayview, and Hollins Market, you will see an abundance of formstone. You will also see an abundance of boarded up Row Homes as well. 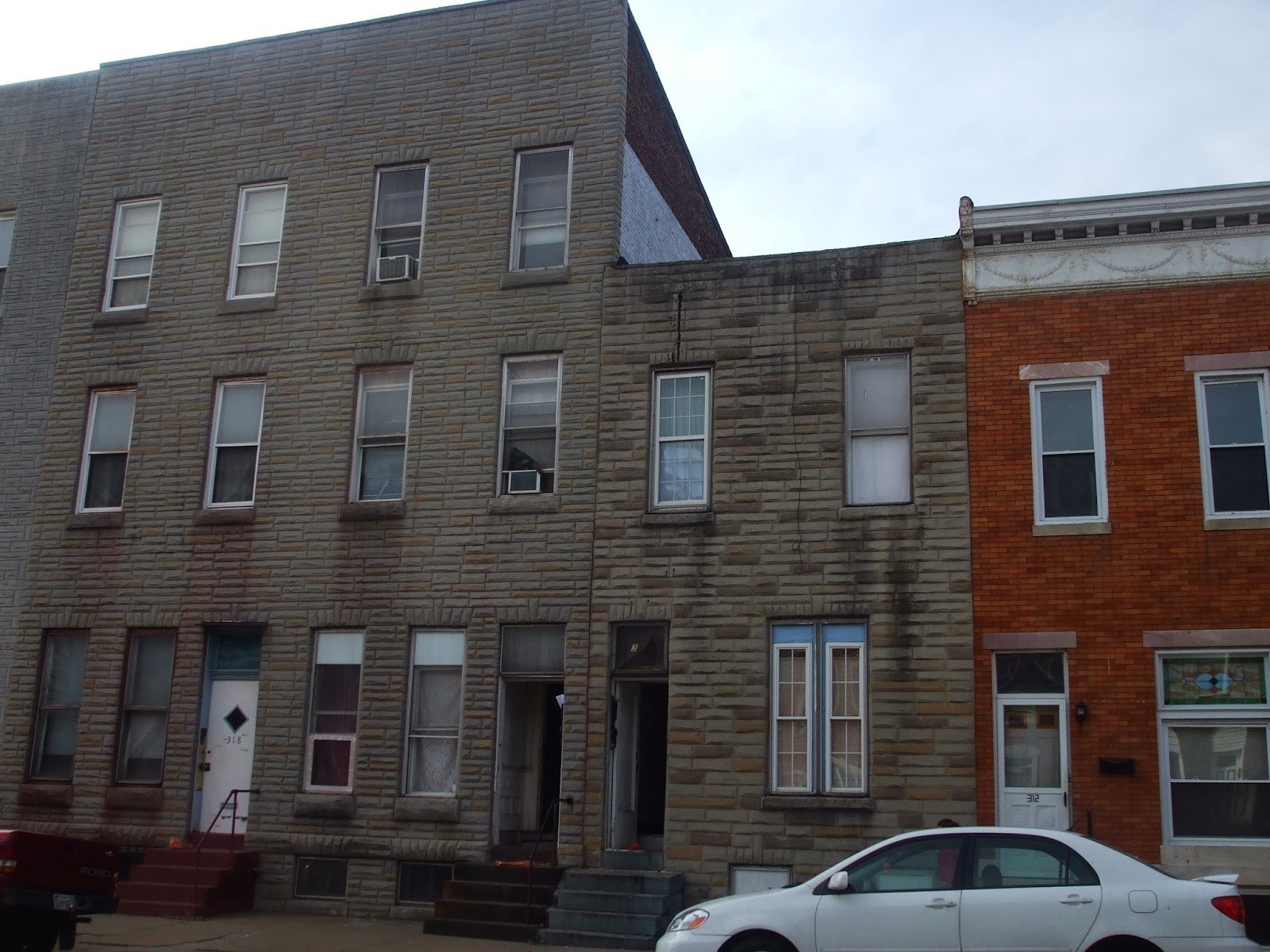 So what does the future hold for these up & comers? As investors and start up families begin setting their sights on rehabbing row homes in Neighborhoods with high concentrations of formstone, how they will address it? Or will they even have a choice? Some have considered banning formstone all together saying that it goes against the History of Baltimore especially in historically designated zones. So what's MY view on the future of formstone? 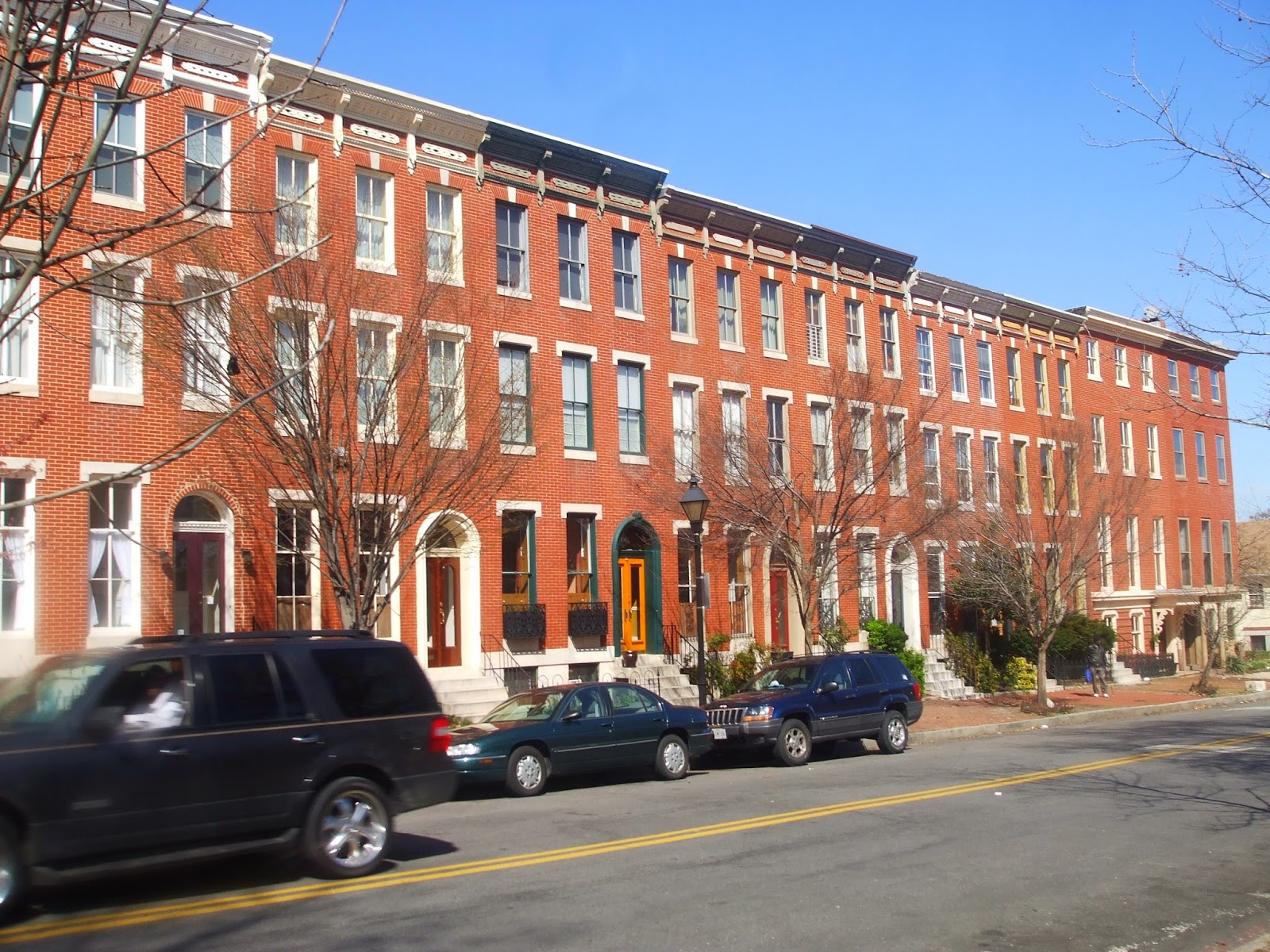 When I look at some of Baltimore's most sought after areas with newly restored fresh redbrick facades I think those Homes, no matter how small they may be in reality, look grand and impressive. If I were to buy a house in a Neighborhood that's up & coming but still has an abundance of formstone houses, I would hope my new Neighbors would join me in stripping off the layers of formstone and putting up brand new fresh redbrick facades. That's right, I would rehab my hypothetical home and restore it to its original grandeur. 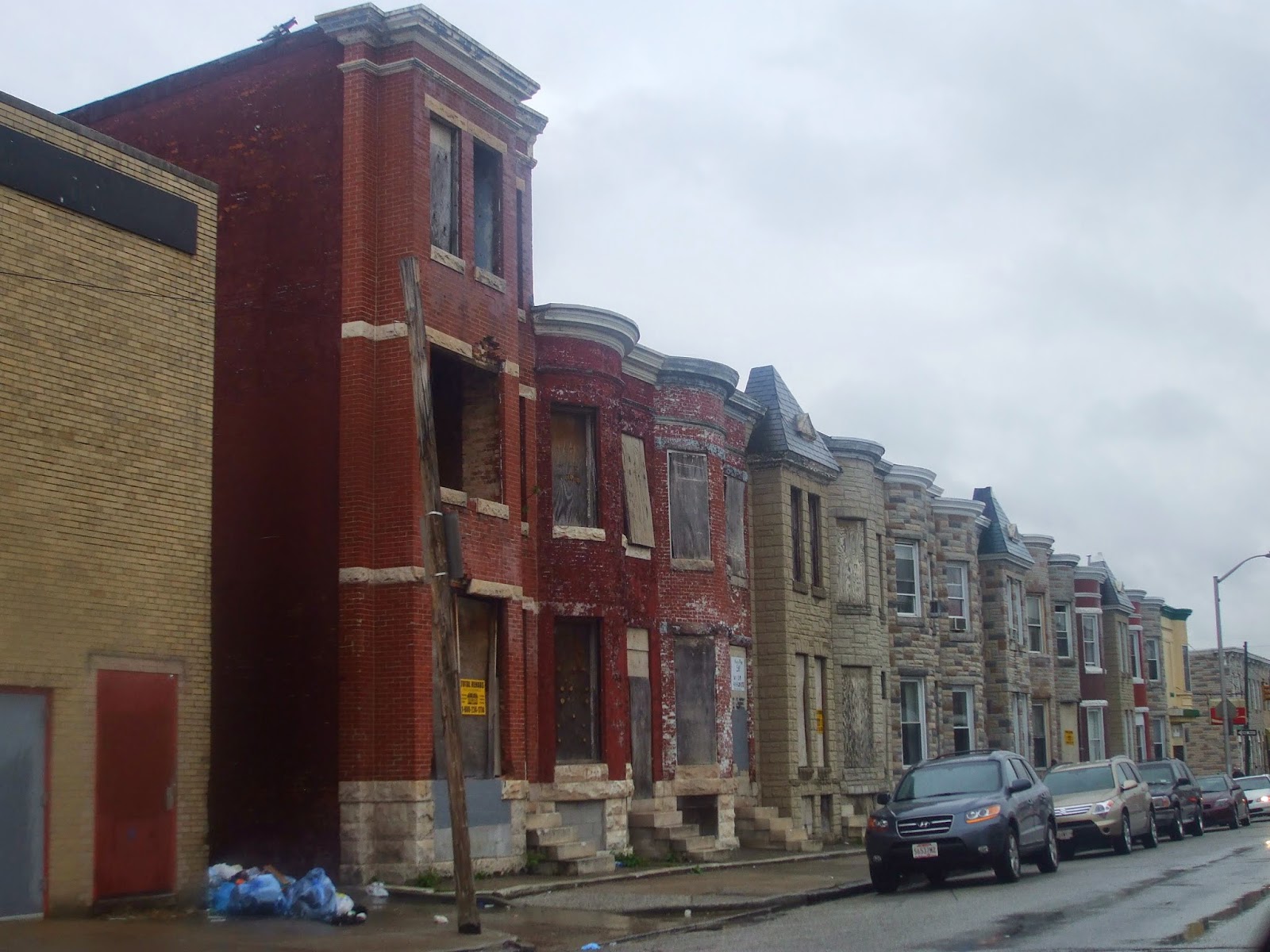 That being said, I don't think the City or any preservationist group should take an eraser to the pages of Baltimore's History that contain formstone either. I think throughout Neighborhoods there should be couple of blocks that can be designated as "Formstone Historic Districts." Since formstone is a piece of history, no matter how tacky it may be, should be celebrated. Homes not contained in those designated blocks however should go back to their roots and be restored to their original redbrick facades when purchased and rehabbed. However, if these homes are occupied existing home owners should not be forced to make that change. If and when they do decide to, the switch back to bricks should be made affordable. 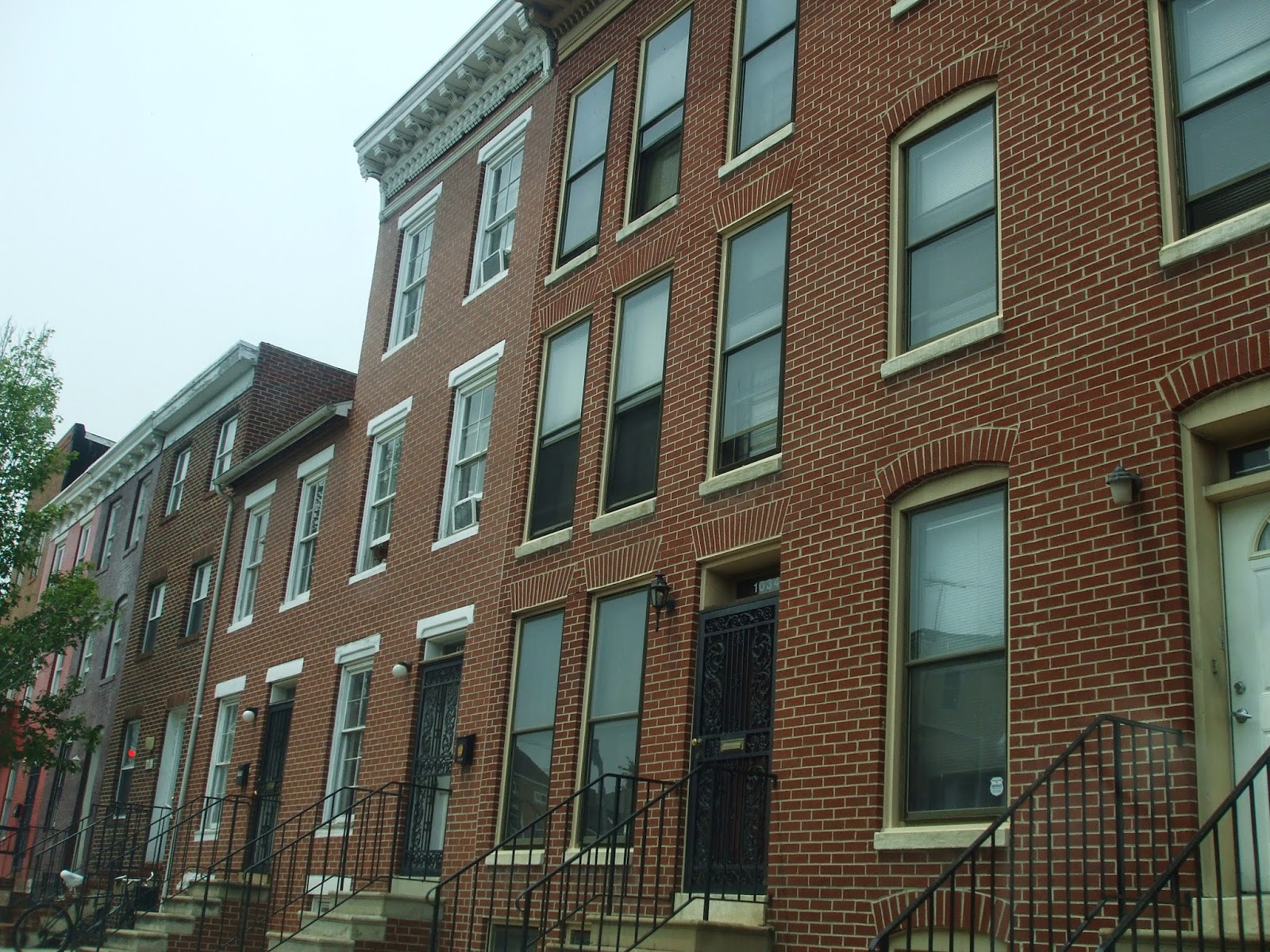 Baltimore has always been obsessed with its history. Preservationists are trying to rid the City of formstone which has in its own right earned a place in Baltimore's History. I don't want to abolish formstone completely but I appreciate a Neighborhood where its Row Homes have been completely restored to their redbrick grandeur. 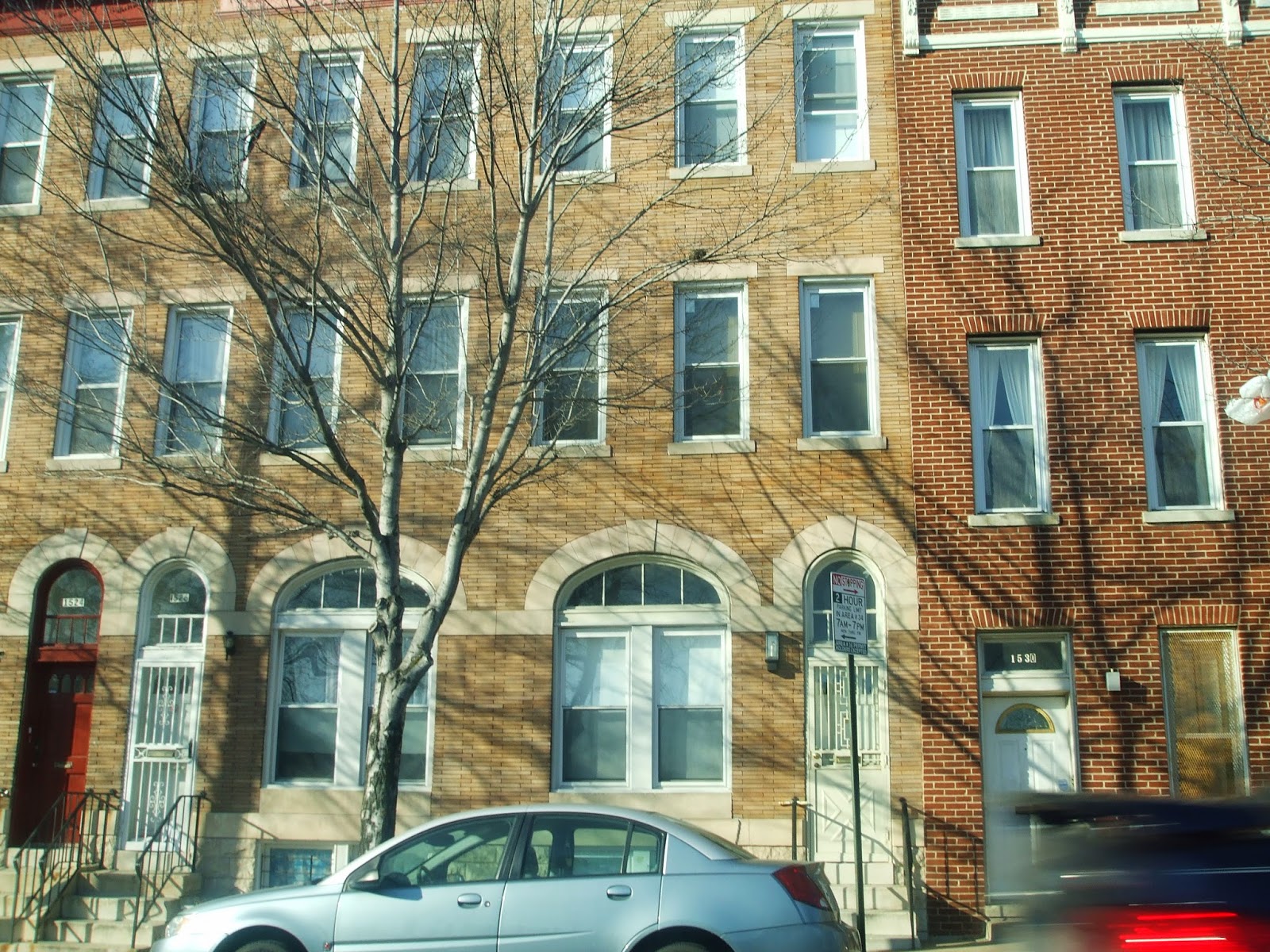