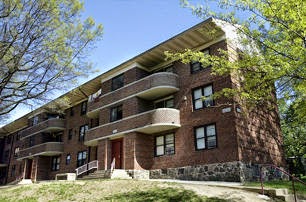 Cherry Hill has always been a bit of an enigma, what with its views of the Baltimore Skyline, easy Light Rail Access, beautiful Parks and pools it's a wonder that Cherry Hill hasn't been sold to the highest bidder. I can tell why this hasn't happened in one word; crime. An area with such a stubbornly high crime rate and the site of numerous gang wars doesn't appeal to the yuppies who have gentrified the Harbor and are looking to do so in Westport. Also,making Cherry Hill attractive to yuppies will involve redeveloping Cherry Hill Homes, one of the largest public housing developments in the City. This will create a domino effect of increasing crime rates in neighboring communities in both the City and the County. This begs the question; Was Cherry Hill doomed from the get go? 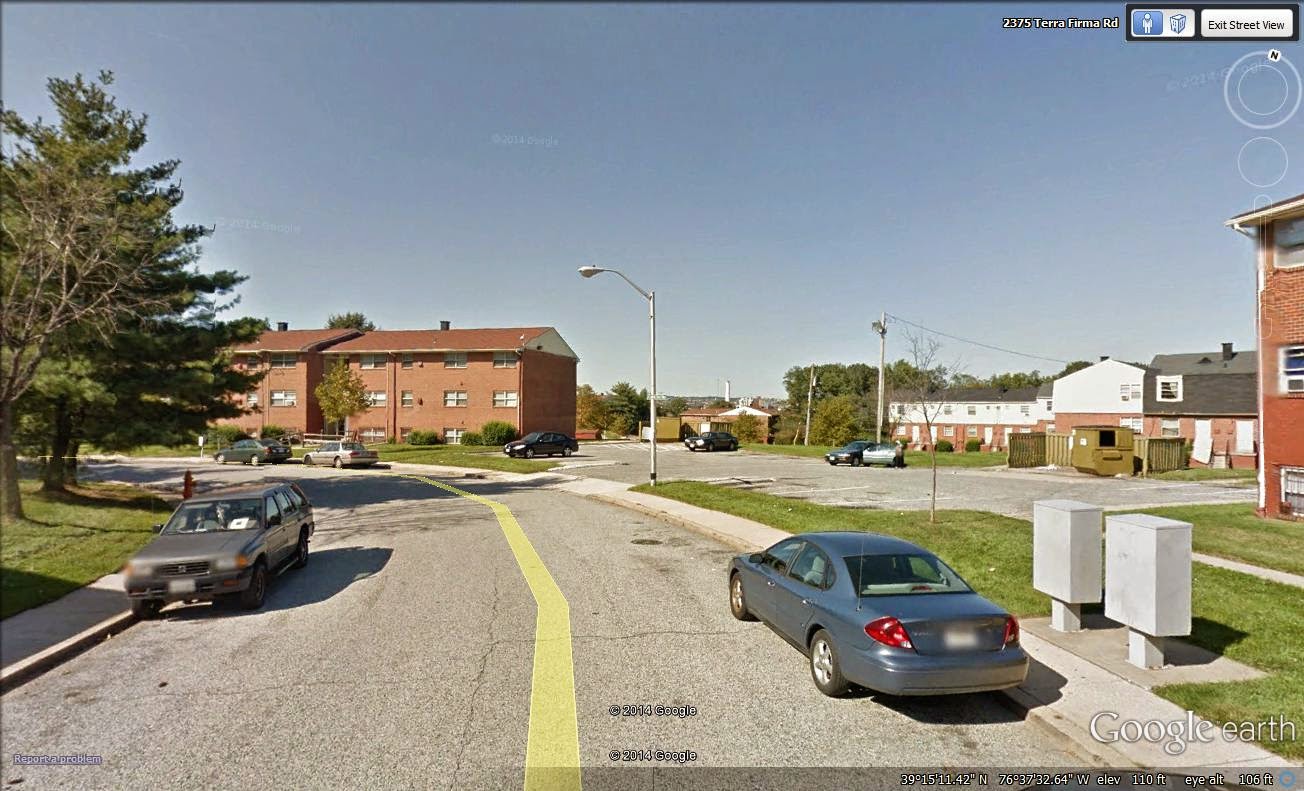 Cherry Hill differs due to the mere fact that the barracks and public housing built there was on land that was undeveloped before hand. Think about all the other public housing developments in the City and you will realize that they were part of slum clearance redevelopment efforts. Cherry Hill had a few small single family homes homes as well as some row homes within its boundaries when the City annexed it in 1918, other than that, it was Country. 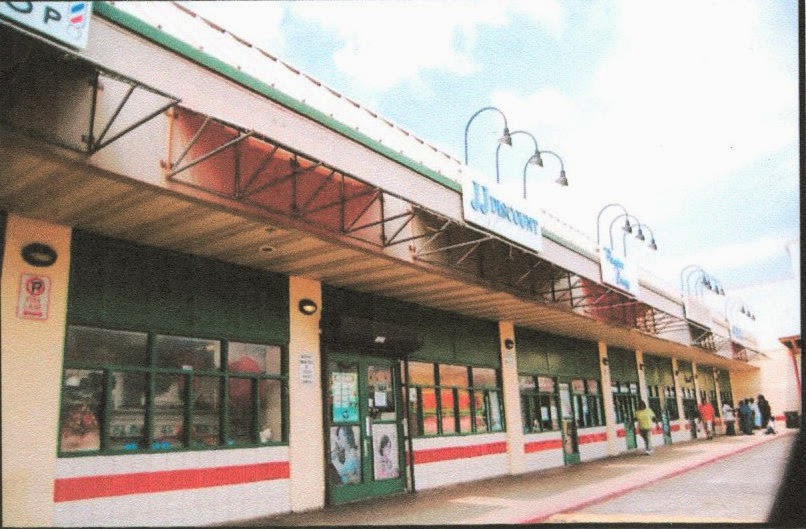 This lack of development in the majority of Cherry Hill gave the City cart-Blanche to build Cherry Hill how they wanted it. In doing so the built like a suburb ahead of its time. Entering and exiting Cherry Hill is next to impossible, the streets don't follow the traditional urban grid, there are cul-de-sac sacs and winding roads that don't really lead anywhere. This begs the question; How high were the City's hopes for Cherry Hill? At the time its surroundings were all white Neighborhoods with a solid working class base. Cherry Hill was built to house black Soldiers in the Barracks and Cherry Hill Homes, a public housing development with initially 600 units was also supposed to be all black. Granted. this was the 1940s when segregation was in full force but I can't help but wonder if the street layout was designed to keep its Residents in their own Neighborhood. 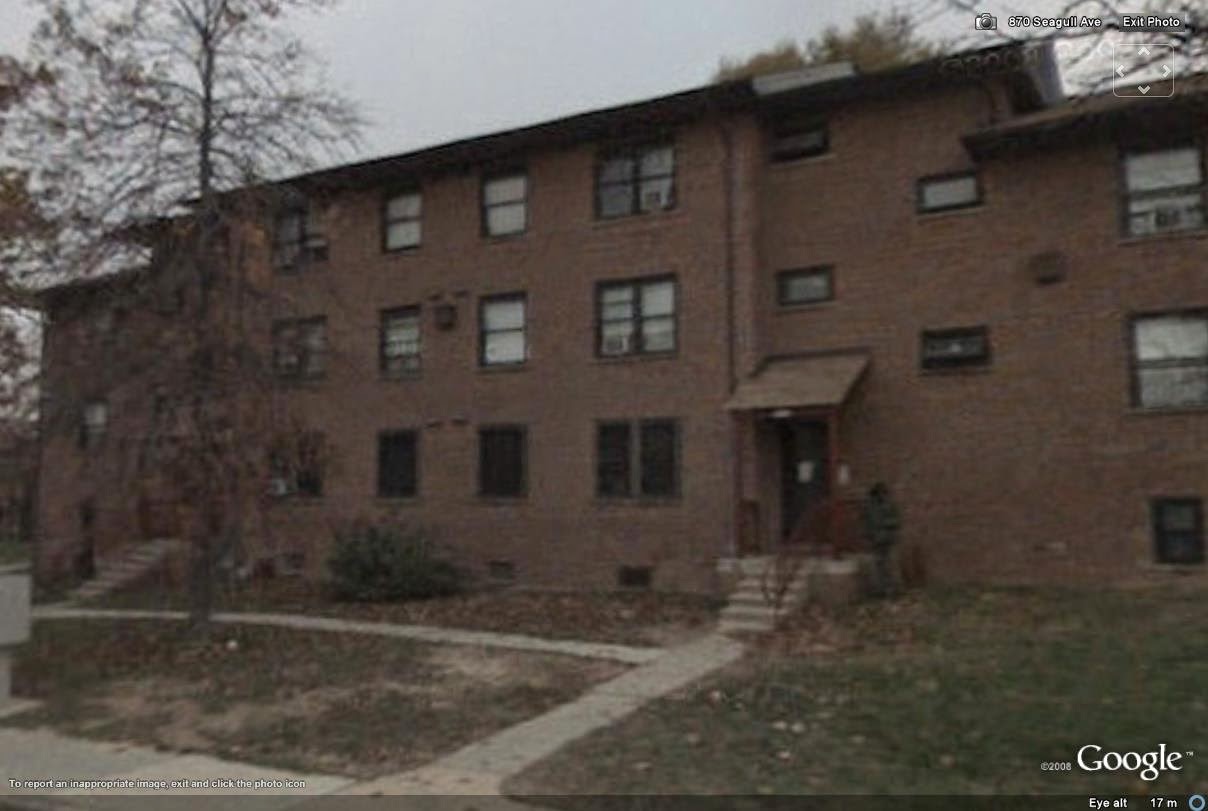 The City seemed quite content in making Cherry Hill an island of poverty stricken blacks throughout history as Cherry Hill Homes more than doubled in size and development of any other type of housing was virtually unheard of. Even privately owned complexes such as Cherrydale Apartments, and Middle Branch Manor cater to low income Residents. Meanwhile, the original Barracks of Cherry Hill had become increasingly vacant and uninhabitable. The disinvestment of Cherry Hill was about to come to an end. 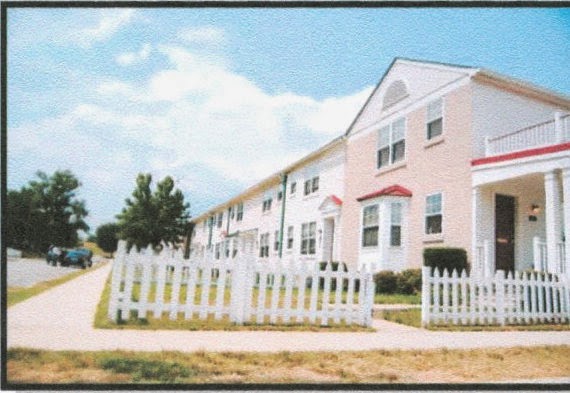 The original Barracks of Cherry Hill Homes had become too small, outdated, and over crowded yet increasingly uninhabitable. Fortunately, change was on the horizon. Investors chose not to tear down and redevelop the ailing barracks but instead completely rehabbed them by turning them into large town homes decreasing density from 320 to 126. These town homes are, for the most part rentals and were renamed "River Front Town Homes". A few buildings were torn down   however and were replaced with owner occupied garage Town Homes. 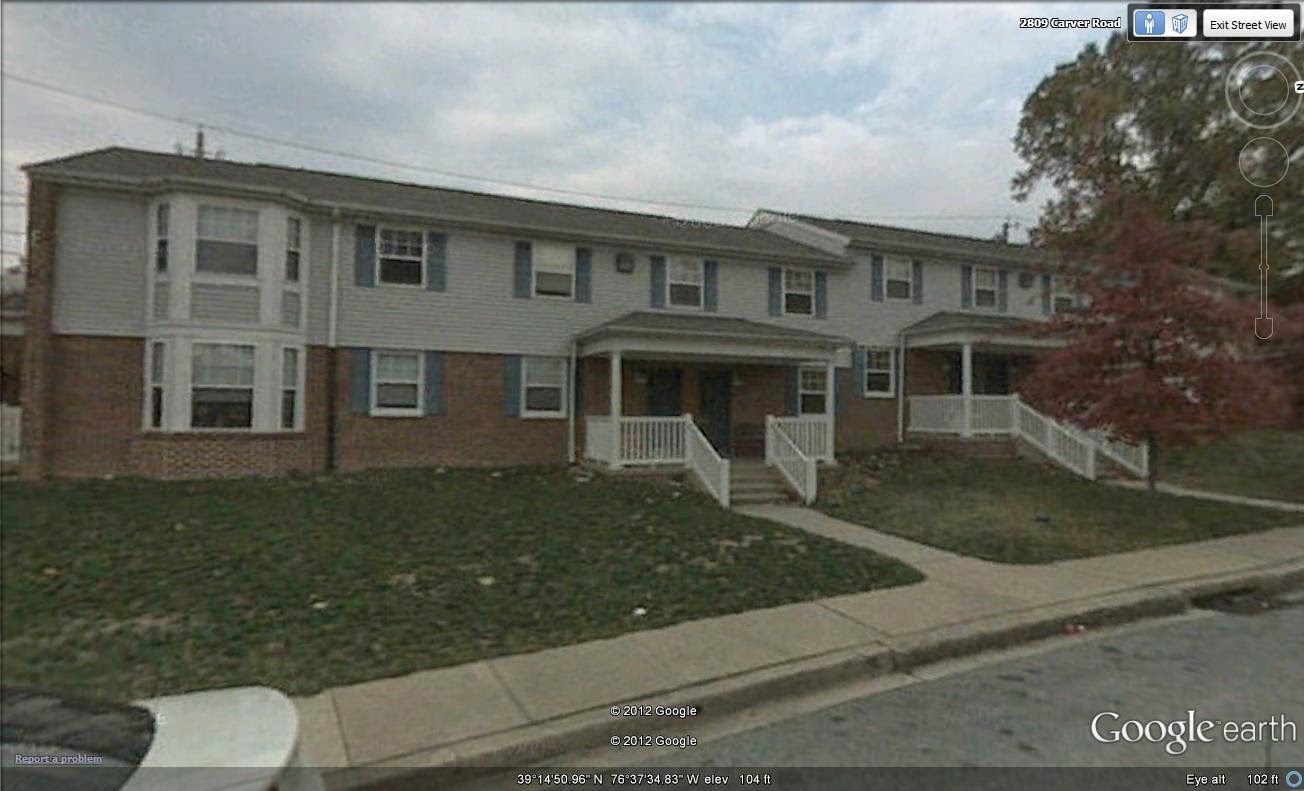 In the 1990s, when HOPE VI money was over flowing there was talk of demolishing all of Cherry Hill Homes and redeveloping them as a mixed income community not unlike what was replacing the high rises at the edges of Downtown. This was met with mixed results from Residents. Residents in neighboring communities more apprehensive thinking that the violence and crime in Cherry Hill would spill into their communities. Although the number of units in Cherry Hill Homes has dropped down to 1394 from its high of 1713, there are no plans currently to redevelop the whole complex. 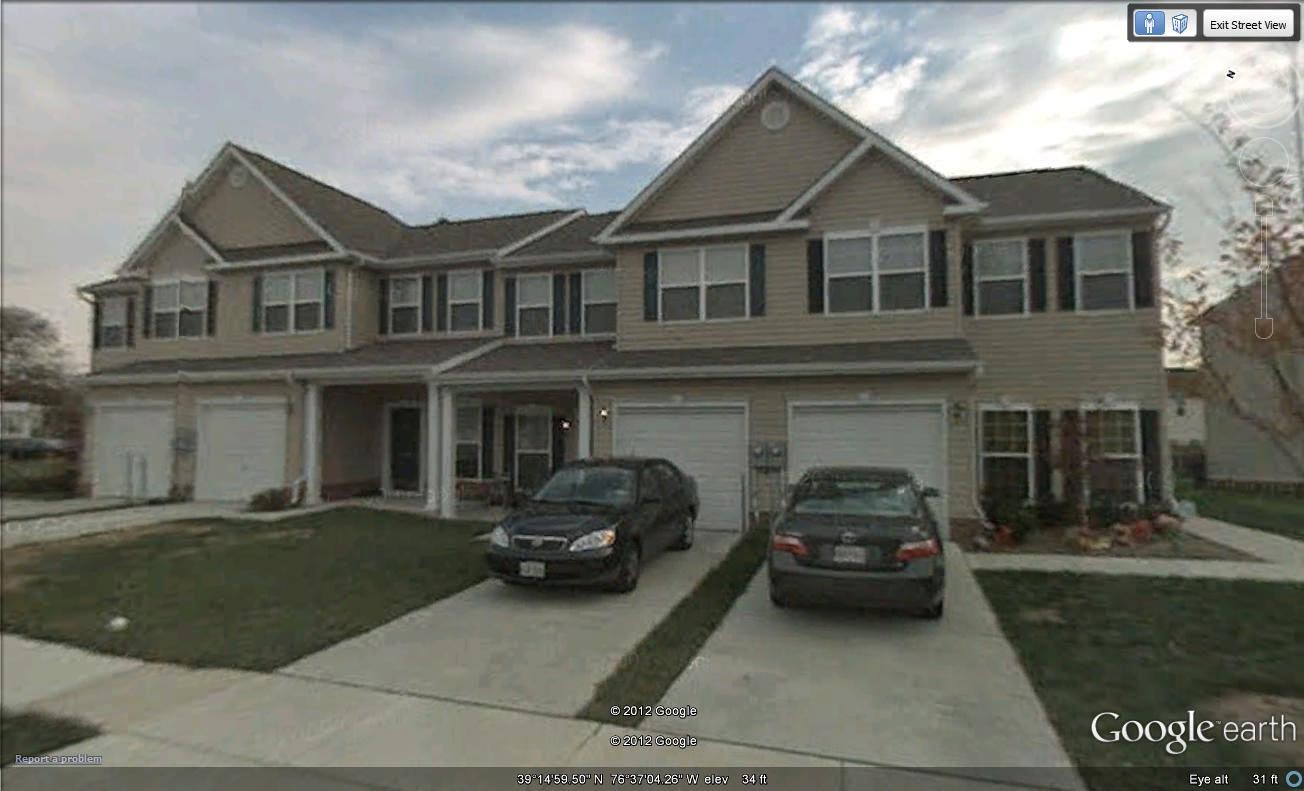 Speaking of the high rises that have been torn down, Residents on the outskirts of the City and in the inner-ring suburbs complain that the spike of crime since they high rises were torn down because of the displaced Residents from the inner City. Whether or not this is true has been debated ever since but it makes Residents of Brooklyn, Landsowne, Baltimore Highlands, Curtis Bay, Lakeland, and Brooklyn Park wary of having a similar effect on their communities if Cherry Hill Homes were torn down. With Cherry Hill playing host to the largest public housing complex east of Chicago, how does the Neighborhood move forward? 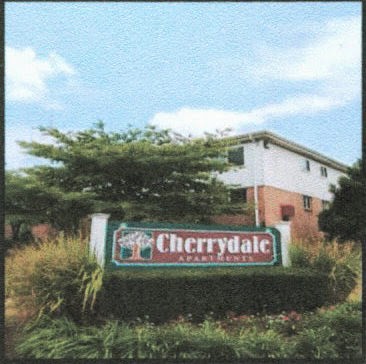 As I had said in the beginning of this post, Cherry Hill is located near the water on the Middle Branch with great views of the Baltimore Skyline,something that signals rapid gentrification in Baltimore. But Cherry Hill's high concentration of poverty makes the Neighborhood unattractive to developers. If you take a look at Westport, whose $1 Billion by Developer Patrick Turner development of its waterfront will eventually come to fruition, you will see that both the Westport Homes Extension and Mount Winans Homes have been torn down. Could the demise of these public housing projects have been a deal maker to move forward on Patrick Turner Development? Granted Westport Homes is still in existence but the public housing in the Wesport area has no doubt decreased. Indeed, many areas of the City have begun to gentrify once their public housing has been torn down. 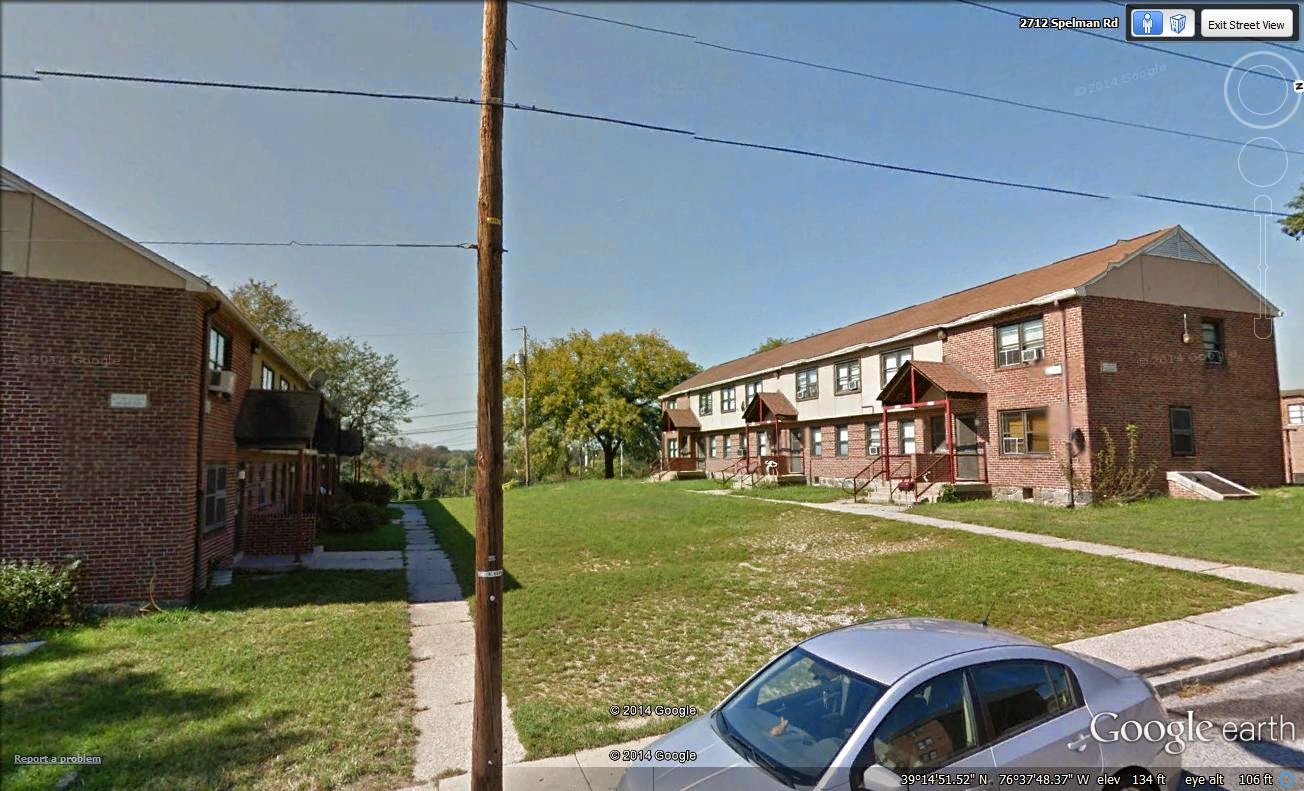 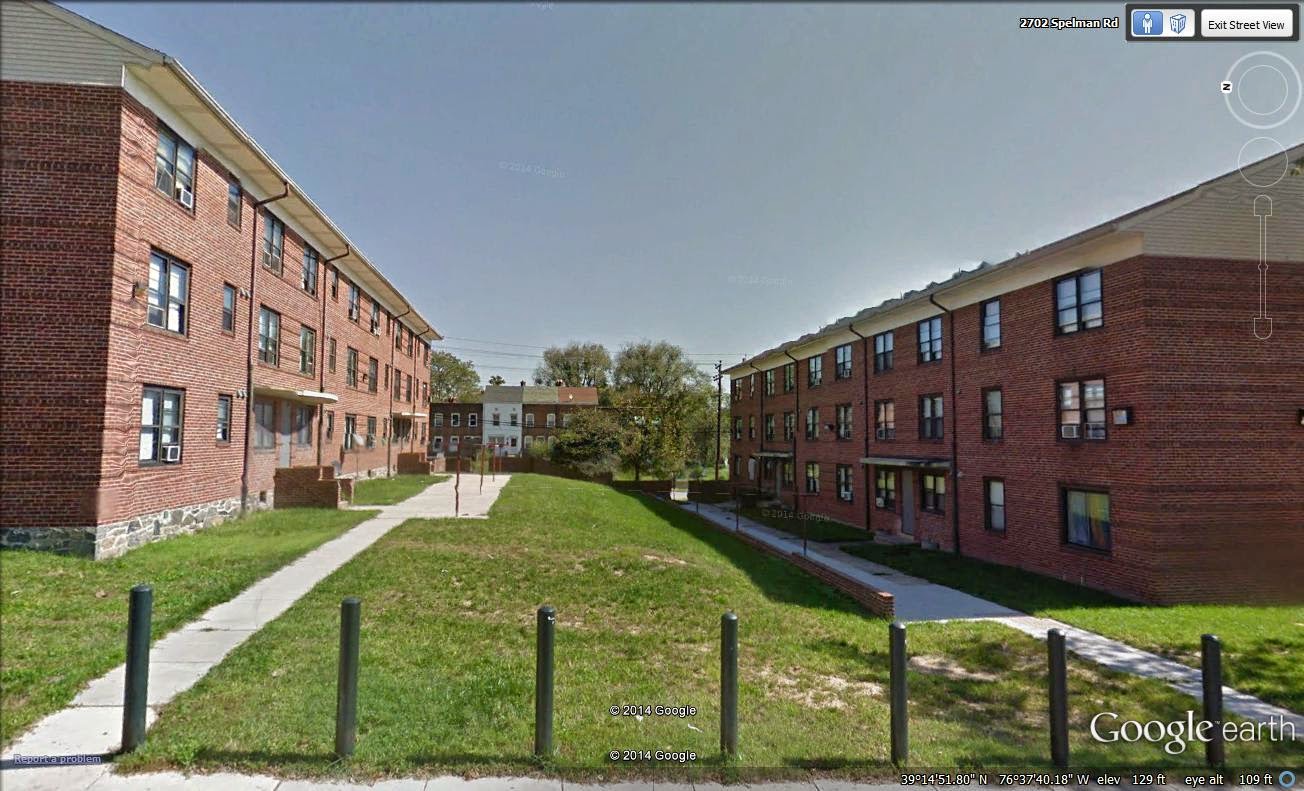 If down the line, Developers set their sights on Cherry Hill once large projects like Westport and Harbor Point have been built out, there are plenty of other developments in Cherry Hill that could be redeveloped/gentrified. There's the site of the ill-fated Waterview Overlook, Middle Branch, and Cherrydale Apartments could be redeveloped while River Front Town Homes could become a mix of Market Rate Rentals and Home Ownership. There are still the old Row Homes scattered about the Neighborhood that could be rehabbed as well. All of these developments are located much closer to the water than Cherry Hill Homes as well. Regardless of the larger Neighborhood's fate, Cherry Hill Homes is simply too big to fail.
Posted by Spence Lean at 11:04 PM