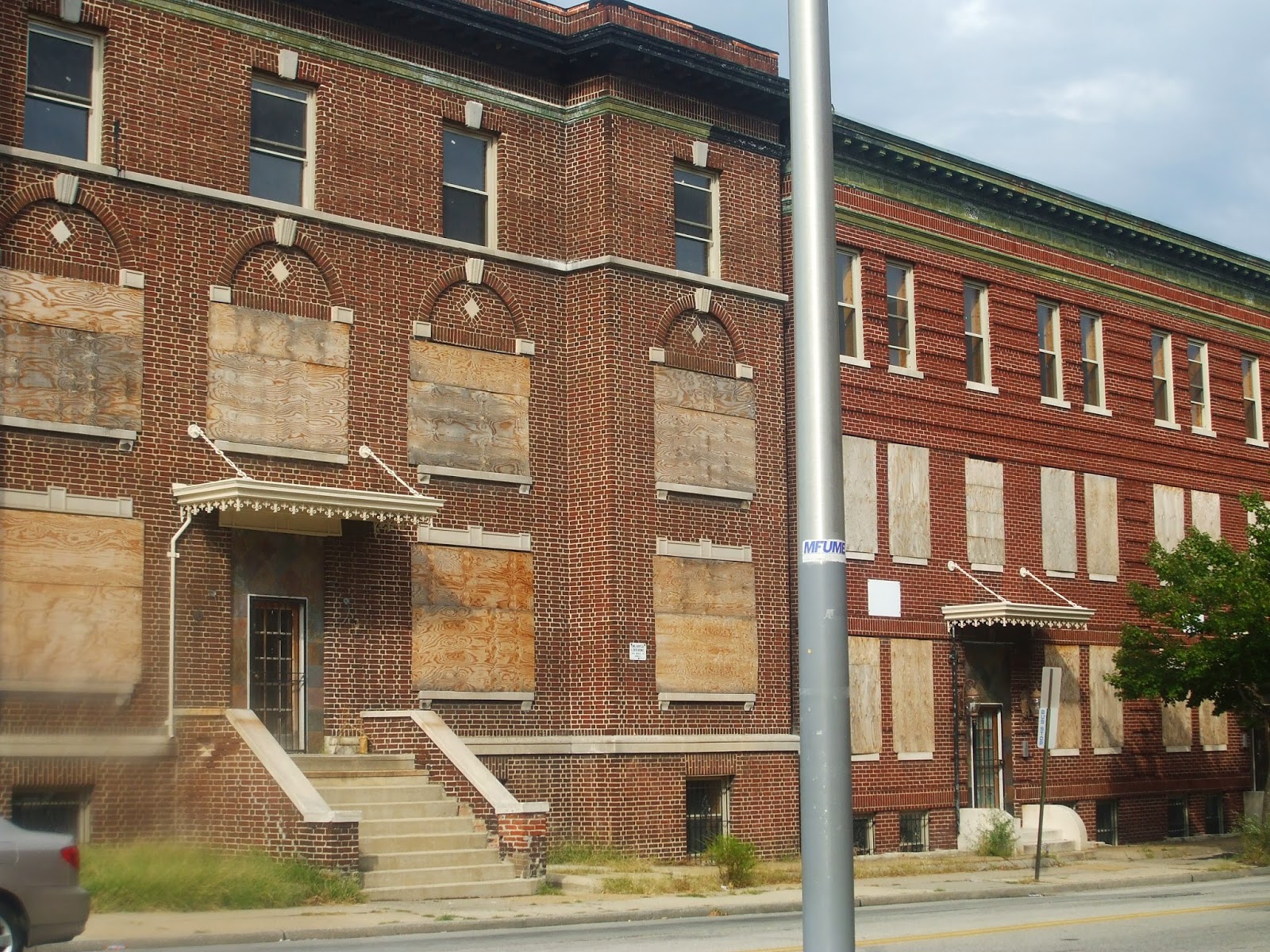 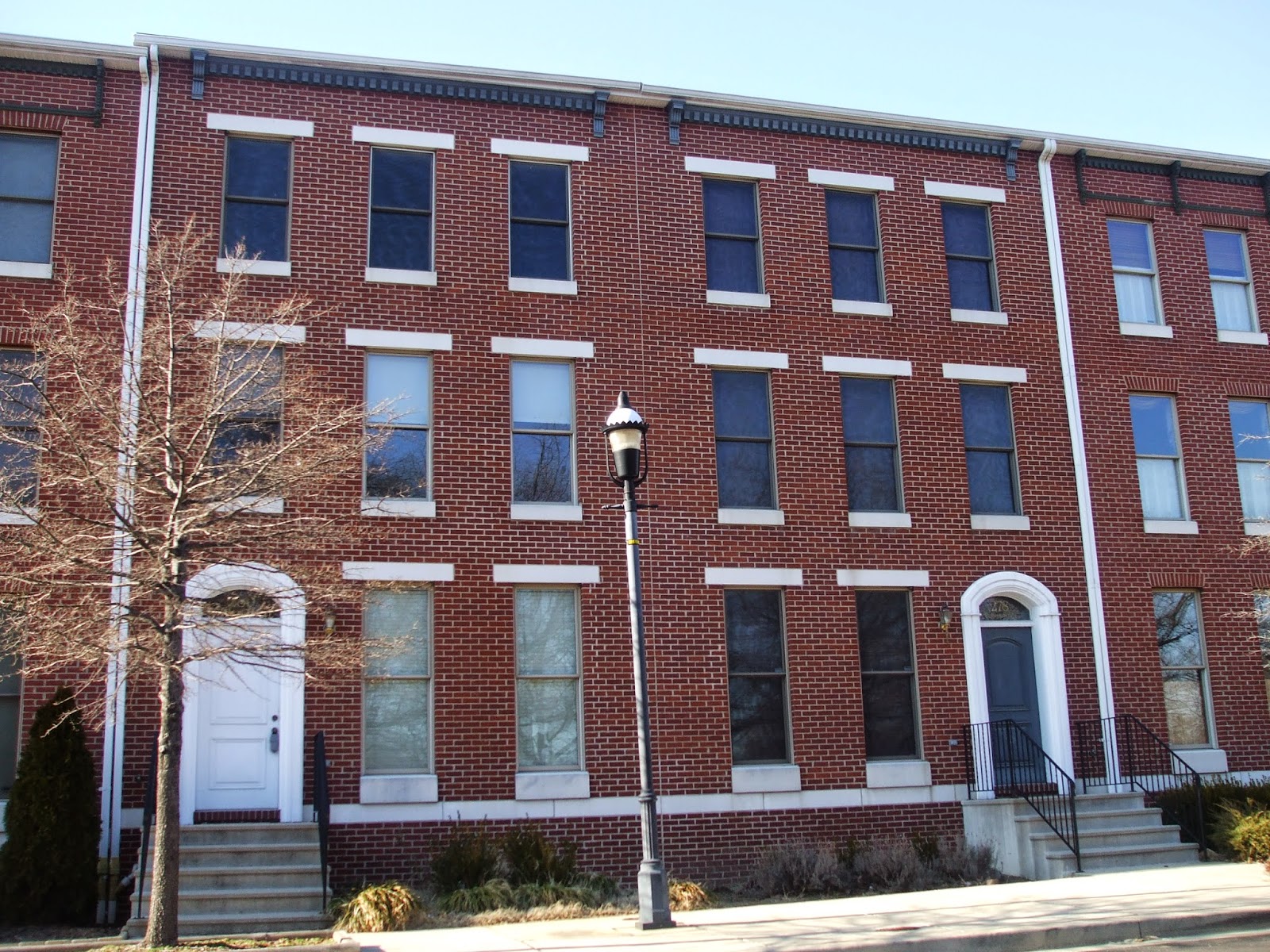 Just across the I-83 bridge on North Avenue we come to Bolton Hill and Reservoir Hill. Bolton Hill has made a terrific comeback thanks to longtime Residents fending off blight and the demolition of the blighted and vacant Eutaw Gardens Apartments and its successor, Spicer's Run Town Homes (pictured above.) 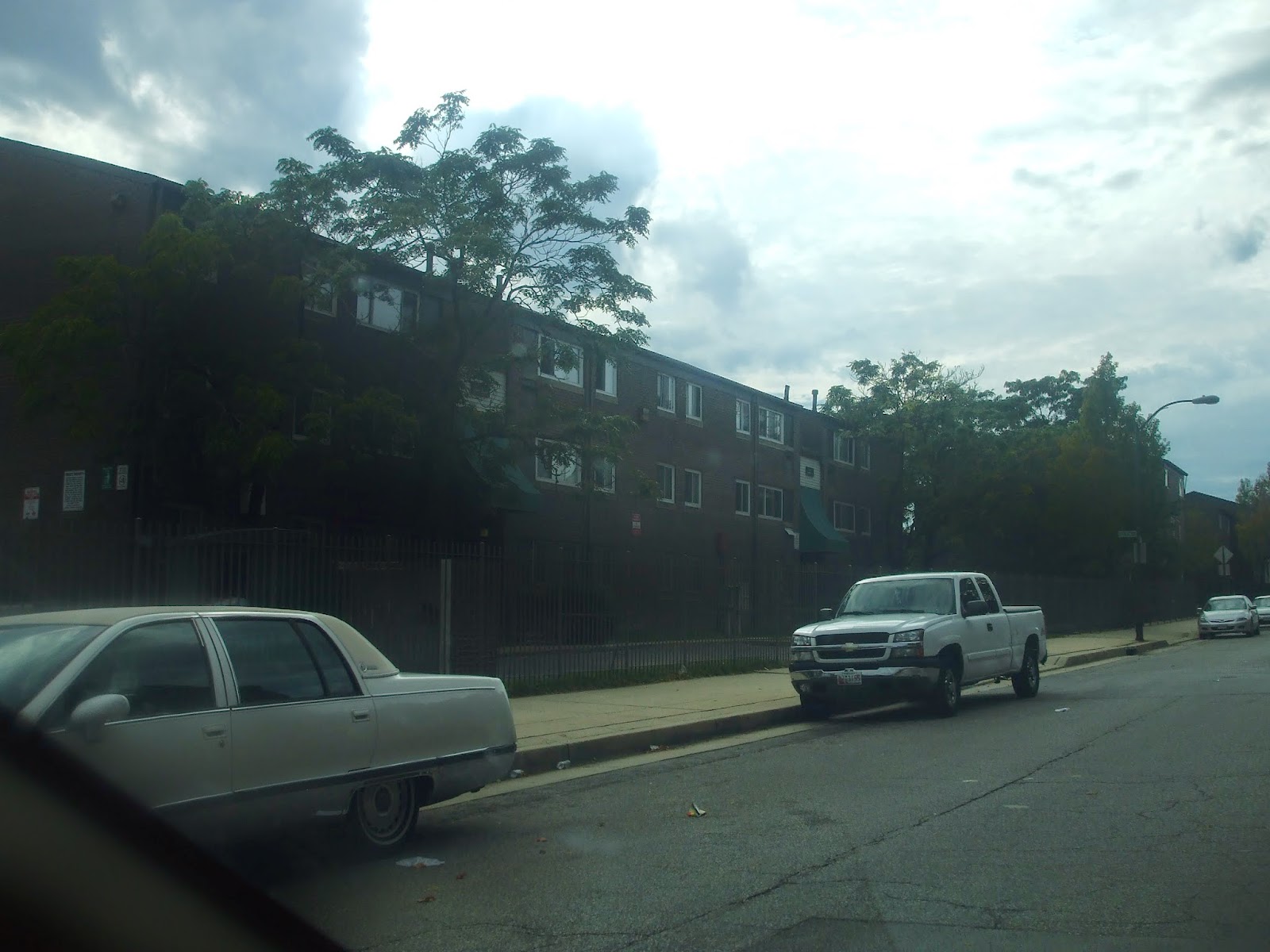 Reservoir Hill hasn't been as lucky as Bolton Hill. It seems to want to emerge as a major draw for new Residents especially given its location near Station North, MICA, and University of Baltimore. For every rehabbed house success story in Reservoir Hill, there are two to three stories of abandonment. One big drawback has been Madison Park North Apartments(pictured above), a run own section 8 complex nicknamed "Murder Mall" that is directly across North Avenue from Spicer's Run. 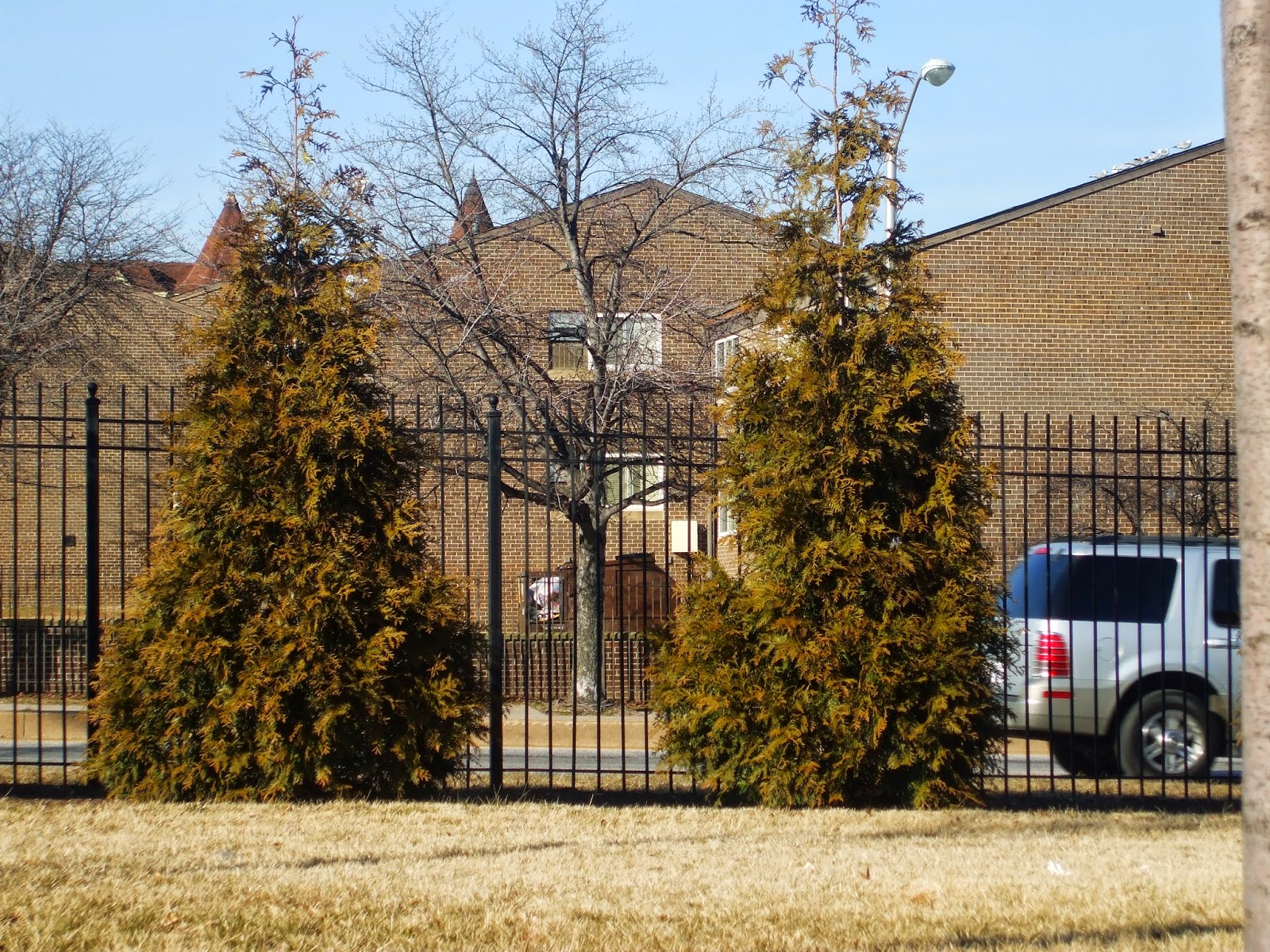 The City has been threatening to revoke the housing license of Murder Mall's owners for close to four years now. Residents of Bolton Hill and Reservoir Hill have been calling on the City to do just that and redevelop the struggling complex. Seeing how it's a gateway to Reservoir Hill I think Student Housing for UMB and MICA Students will help extend Station North into Reservoir Hill and begin attracting new Residents to start rehabbing the gorgeous and vacant homes in Reservoir Hill in droves. 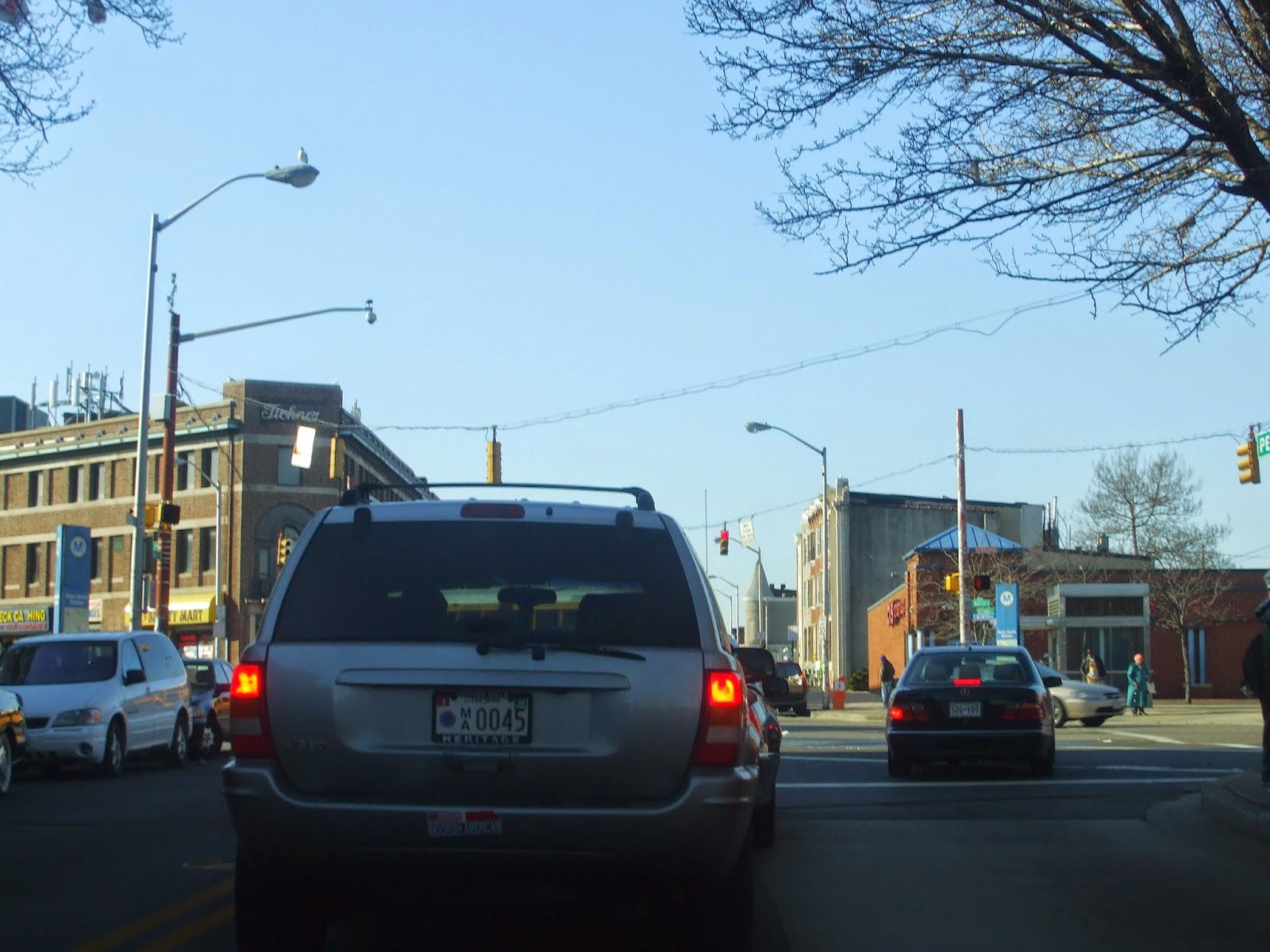 Further down North Avenue west of Reservoir Hill lies Penn North. Although most of Penn North remains blighted, there are a couple of success stories. First there's Nehemiah Homes development built in the early 1990s that encompasses three blocks of the Neighborhood along Woodbrook Avenue, Ettings St, and Francis St. These homes remain in pristine condition thanks to Residents taking great pride in their homes. Next there's the recently completed Penn Square Apartments just above North Avenue on Pennsylvania Avenue. These low income Apartments have transformed the land they occupy and well as clean homes for its Residents, Penn Square also provides a Daycare Center, a much needed addition to the Community.
These islands of stability in Penn North show that if additional new housing were built, the Neighborhood could support it perhaps even broadening the income mix. To truly change the face of Penn North, the blighted and vacant industrial properties would have to be re-zoned to solely Residential uses with Neighborhood Retail only allowed on Pennsylvania and North Avenues. As part of the means to change the face of Penn North, the blight in between Penn Square and Nehemiah Homes must be eliminated and redeveloped. The three blocks above Nehemiah Homes will be Town Homes not unlike Nehemiah Homes sold to working class and middle class Families. Along Pennsylvania Avenue across and the block above Penn Square will be Apartments not unlike Penn Square which will include Neighborhood Services similar to the existing Daycare Center as well as light Retail. The eastern edge of Penn North will include more rehabs as the blocks there are healthier but there will also opportunities for new housing as well. 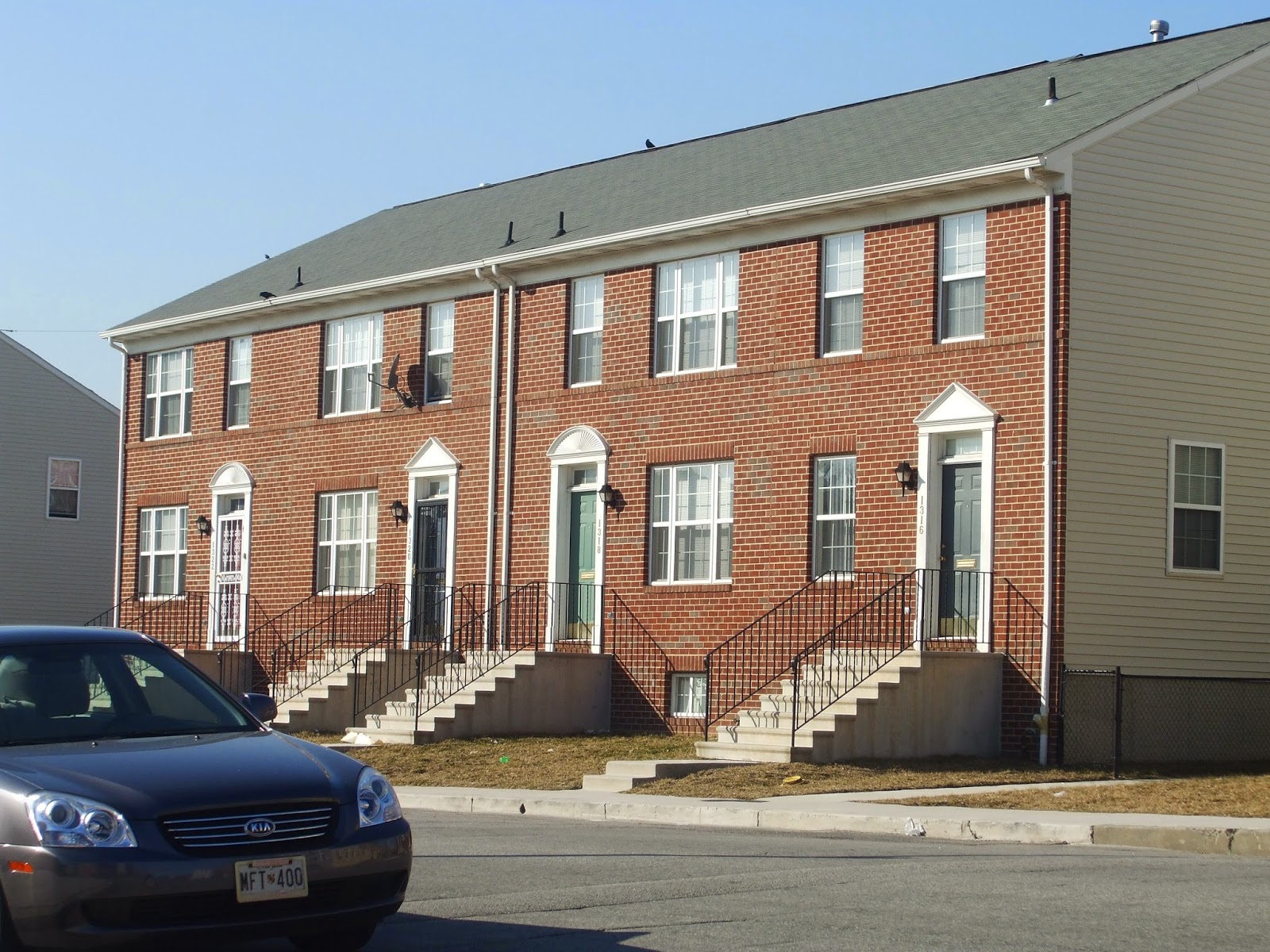 To the south of Penn North lies Druid Heights. Although this Neighborhood plays host to some of Baltimore's highest housing vacancies, there is a lot of hope and investment going on here. Around Bakers St. new Town Homes are being built and sold very quickly. The speed at which these town homes could be build and sold would be even quicker if it amassing all the lots and vacant houses on them were easier. The Druid Heights Community Development corporation will eventually provide a safe haven for working families looking to invest in a safe affordable Community for generations to come. 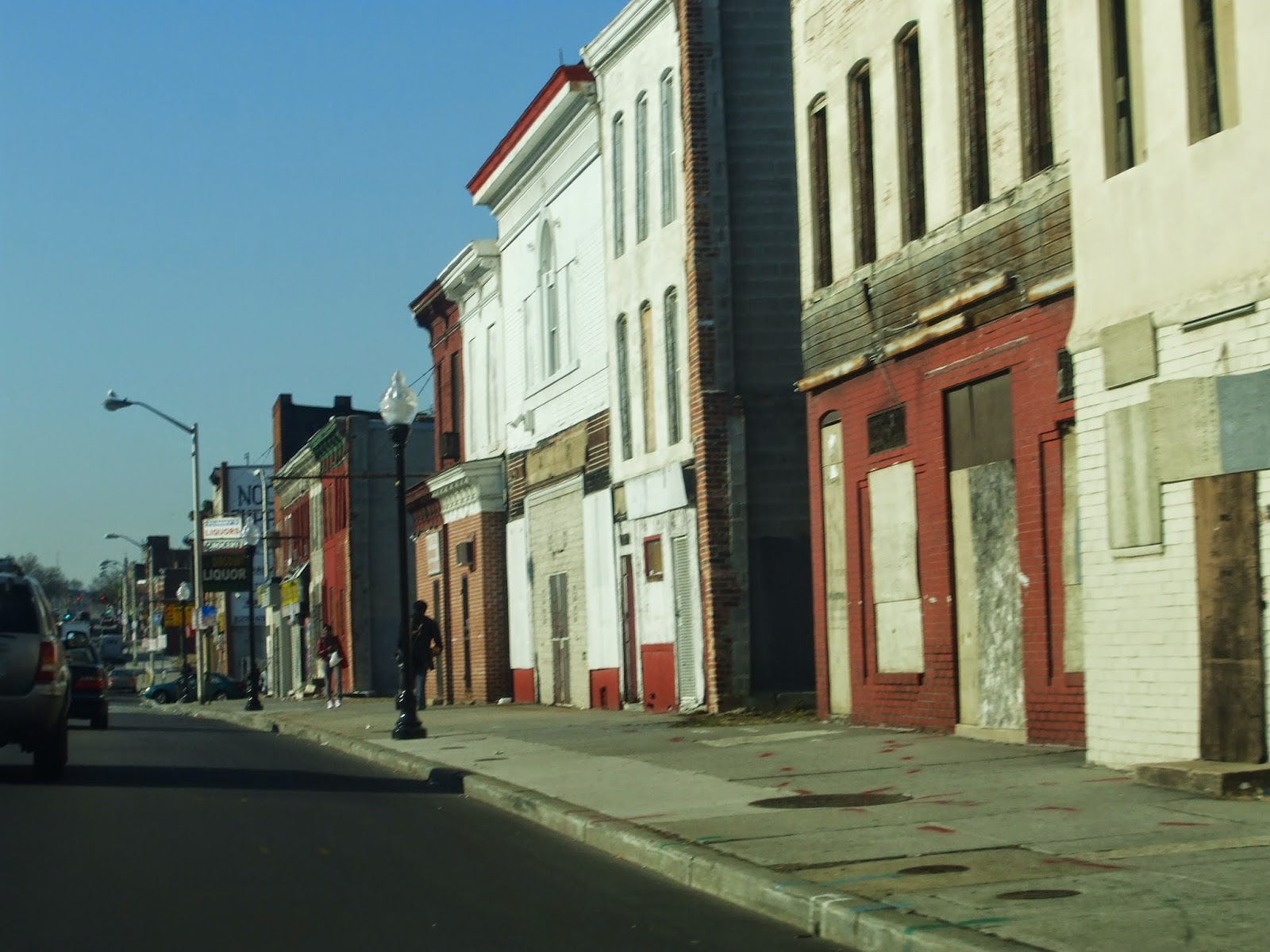 Druid Heights is located along Pennsylvania Avenue south of North Avenue and Penn North. Like the new housing in the area there has been an interest in Commercial reinvestment along this stretch of Pennsylvania Avenue. The recently opened "Avenue Bakery" has been a solid anchor to the Community that its Owners hope other Entrepreneurs use as a Business Model to breathe new life into Pennsylvania Avenue. Another Commercial victory for Pennsylvania Avenue will be the renovation of the Sphinx Club. Although the new Sphinx club won't be a Jazz Club, it will house a Museum dedicated to African American Athletes complete with a Cafe. Not only will the building that housed the Sphinx club be restored, a three story building to house the complex will be built on a vacant lot next to it. Hopefully this reinvestment/redevelopment energy will continue down Pennsylvania Avenue into Upton and further West along North Avenue as well.

Speaking of further west along North Avenue, Coppin State University is growing rapidly. Fortunately, the land and the dilapidated houses on said land are not expensive to acquire and not very many people will put a fight to save them. Still further down North Avenue in the Walbrook Junction Community, there is evidence of redevelopment with North Avenue frontage! The project, known as the North Avenue Gateway is in the 3000 block on the south side and will contain 64 affordable Apartments. Despite being in one of Baltimore's roughest areas, the Apartments were leased in no time at all. It just goes to show that regardless of your surroundings, clean safe affordable housing is always in demand. Indeed, the developer said he could 100 of these Apartment complexes and they will be leased in no time. The fact of the matter is, he's right. 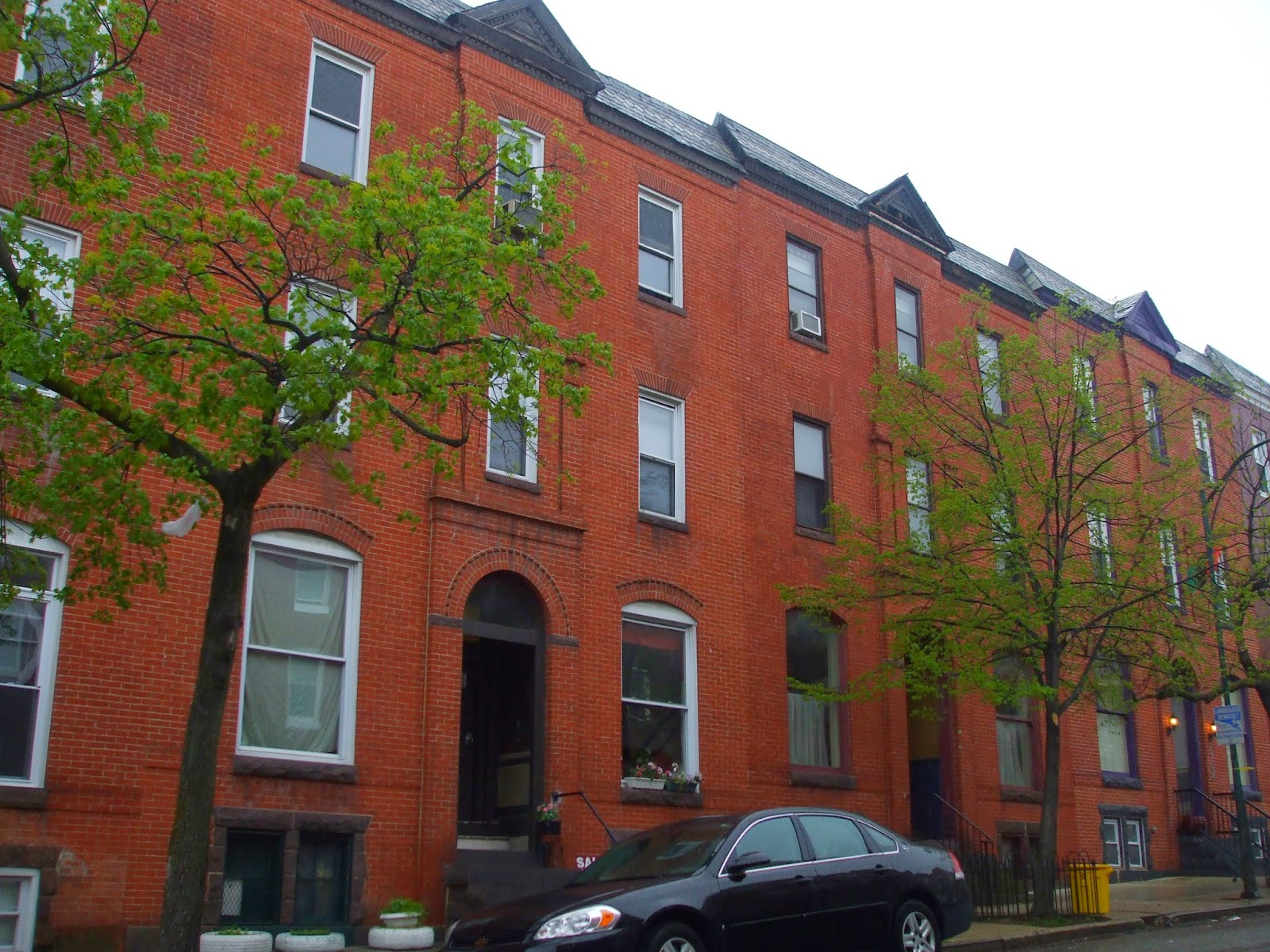 Although I didn't mean for this North Avenue post to be cut in two (east and west of Station North) I'm glad I did so I could focus on each Neighborhood with a fined tooth comb. Some say that the only part of Baltimore worth talking about or living in near the Harbor, to them I say travel a couple miles to North Avenue and get to know the Neighborhood there. You will find some up & comers and some down & goners. Some down & goners are up & comers and they don't even realize it yet. That is truly why North Avenue is the Spine of Reinvestment in Baltimore.

Hi - love your blog! Thanks for all the information! We're looking into the Bolton Hill / Reservoir Hill area (moving in from out of town) and yet everything is so foreign to us. It's hard to really get a handle on how dangerous Reservoir Hill really is - or whether it would be a bad investment to buy there. If we sought to straddle the line between them would we be in good shape? Lol. I mostly wonder if you have any sense (based on your thorough analysis of the area) if it's going to at least stay the same if not improve? We just don't want to end up buying somewhere that will lose value etc. We don't mind a bit of an up and coming feel though. Any thoughts you can give us would be SO WELCOME!!!

Reservoir Hill isn't any more dangerous than Bolton Hill, and is quite possibly less dangerous. You're less likely to be a victim of personal crime because (basically) criminals expect people in Bolton Hill to have more money than in Reservoir Hill, so BH is more targeted for that kind of thing. If you're fine with living in an urban neighborhood, I don't think you'll have any problem. ResHill can give you a lot more value for your money, as well.

I've lived there for almost 7 years, and the community of neighbors is what drew me there and has kept me there. It's starting on an upswing again, as well. Visit some of the block club meetings and events to meet people, and you'll get a good feel for the area where you're looking.