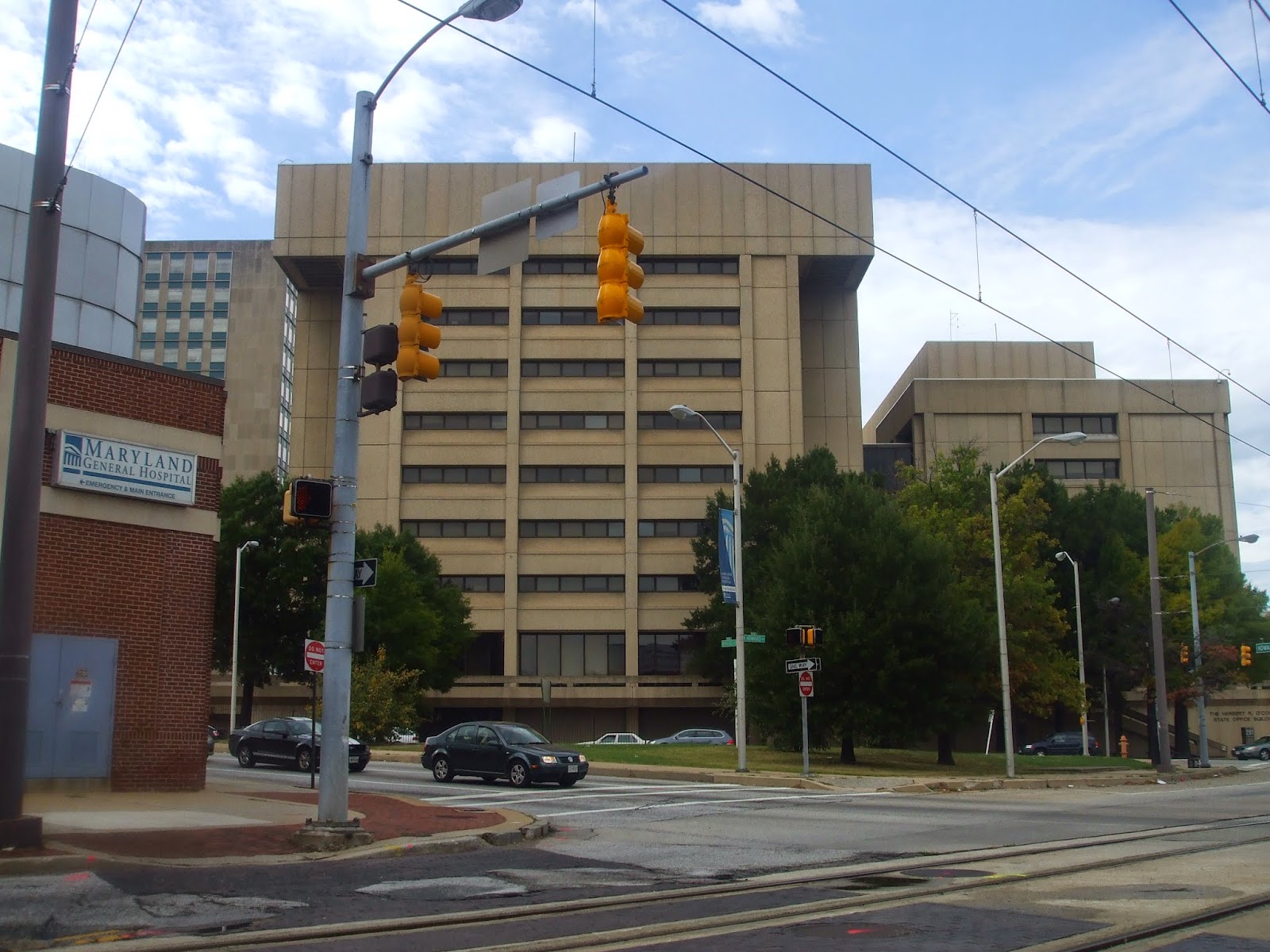 Development and redevelopment activity is back in full swing around Downtown and most surrounding areas. H&S Bakery will soon be vacating its sprawling factory in the middle of Inner Harbor East to so that new construction can continue, construction on the Central Avenue bridge into Harbor Point is on track which will allow Harbor Point construction to commence in just a few short years, there are numerous Apartment projects coming down the pipeline for Otterbein, Sharp-Leadenhall, and South Baltimore, Canton Crossing is looking to add more Office Space, and Downtown proper has been seeing numerous re-purposing from Office Buildings to Apartments as the demand for Apartments Downtown has sky-rocketed. In short, new construction in Baltimore is all around us. Well almost. 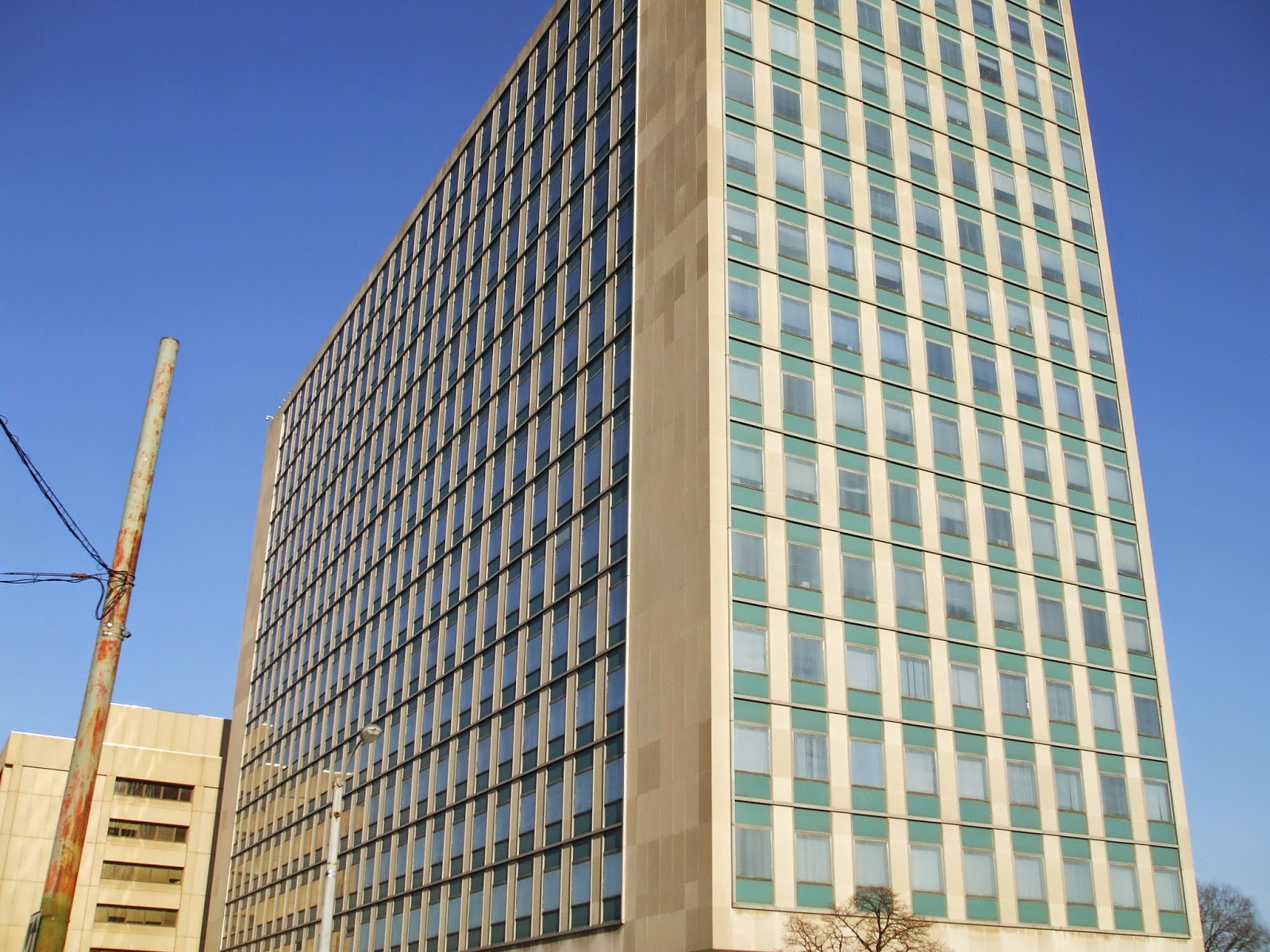 One part of the Greater Downtown Area that hasn't received much attention is State Center. For those who aren't familiar with State Center it's currently an outdated Office Park that houses State Offices that's located on both the Light Rail Line, the Metro, and is just a few blocks from Penn Station. It is also surrounded by numerous hot areas such as Mount Vernon, Bolton Hill, Univeristy of Baltimore, MICA, and Station North. In other words, the location is among the best in the City.In addition to being located near several good areas of the City, it is also located near some not so good areas. Upton and McCulloh Homes are also at State Center's doorstep. 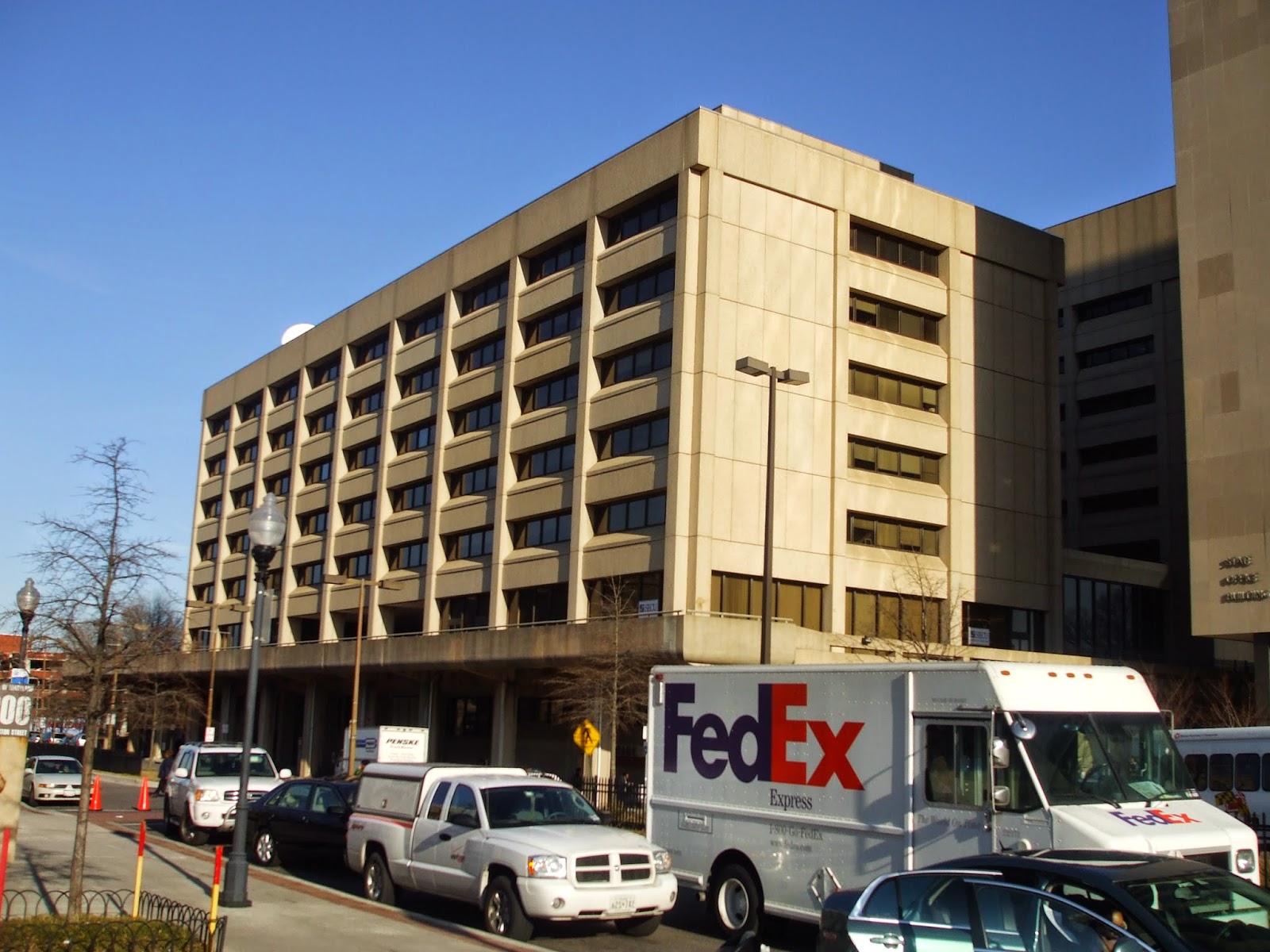 In the early to mid 2000s, there was a plan to redevelop State Center as 1st class upscale mixed-use TOD haven complete with new State Offices, Apartments, Town Homes, and Retail as well as a Boutique Hotel. This would have been known as the "Eutaw District." Early versions of the plan included redeveloping the aging McCulloh Homes. The plan was re-drafted and scaled back not to include McCulloh Homes after Resident backlash. Although this was a labeled victory for McCulloh Homes Residents, no plan has come forth to address the decaying conditions at McColloh Homes since it was excluded from State Center. 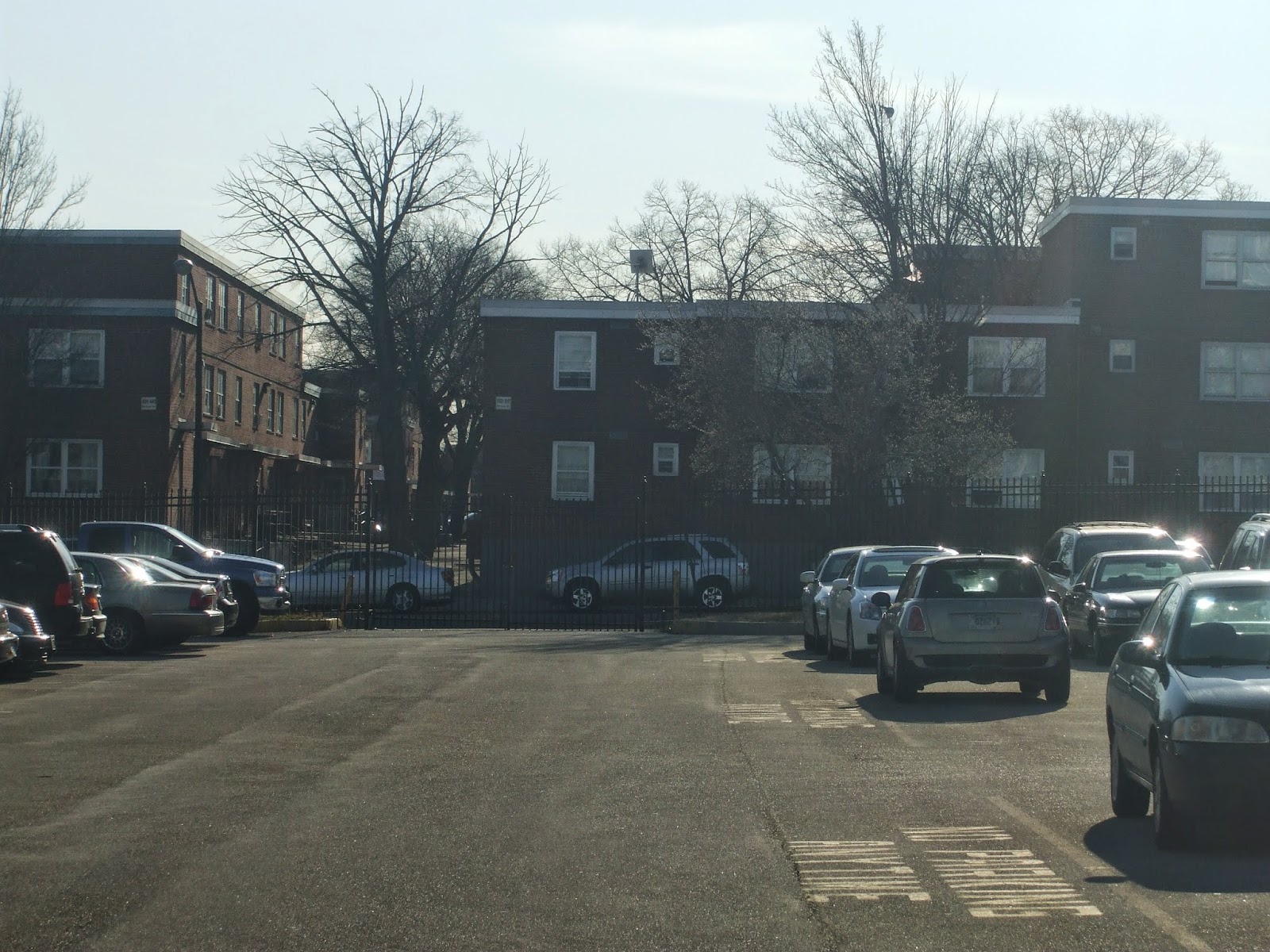 The plan for State Center with or without McCulloh Homes was met with controversy. With the State act as a Developer, it would have to splash out a serious amount of cash $1 Billion + and that didn't set well for people who thought the State was too cash strapped. Had the State been in better financial shape, there would still be naysayers thinking that a project like this would be a waste of money. Supporters asked us to look at the big picture. Taxes and fees generated once this project had been completed would make the investment more than worth it. In other words, the State would have to spend money to make money. I was and still am of the mindset that State Center needs to be redeveloped. My views on how to accomplish that have changed drastically over the years however. 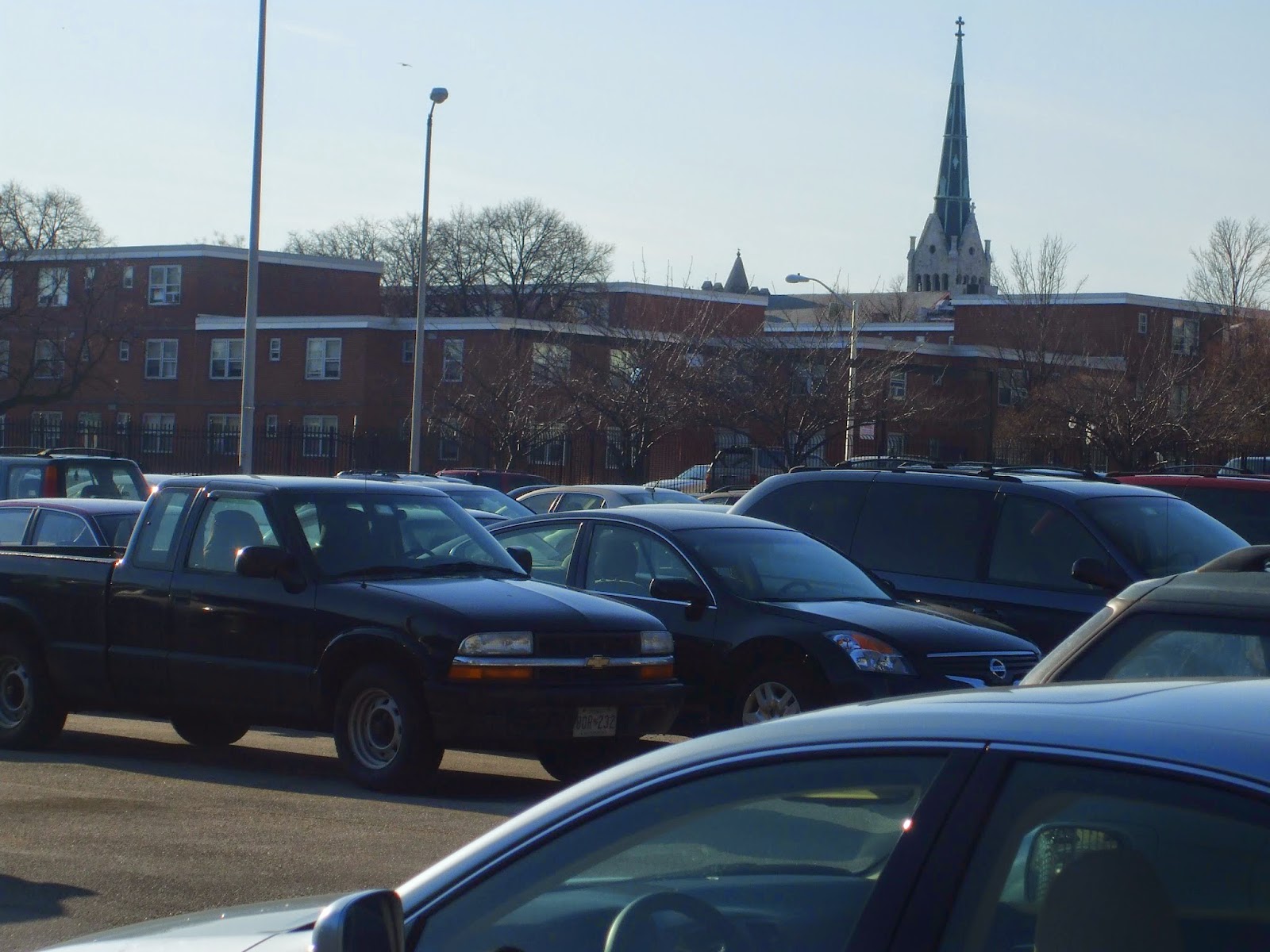 First I was on board with the State investing the money to pay for redeveloping State Center knowing that the area needs that shot in the arm as well as the return on its initial investment. As the economy tanked I was still a champion of the redevelopment effort but I preferred waiting until the economy stabilized. As time wore on it became clear that this project wouldn't happen anytime soon if at all. I still supported it. This project not being funded mean the need for the State to get new Offices was being unmet. 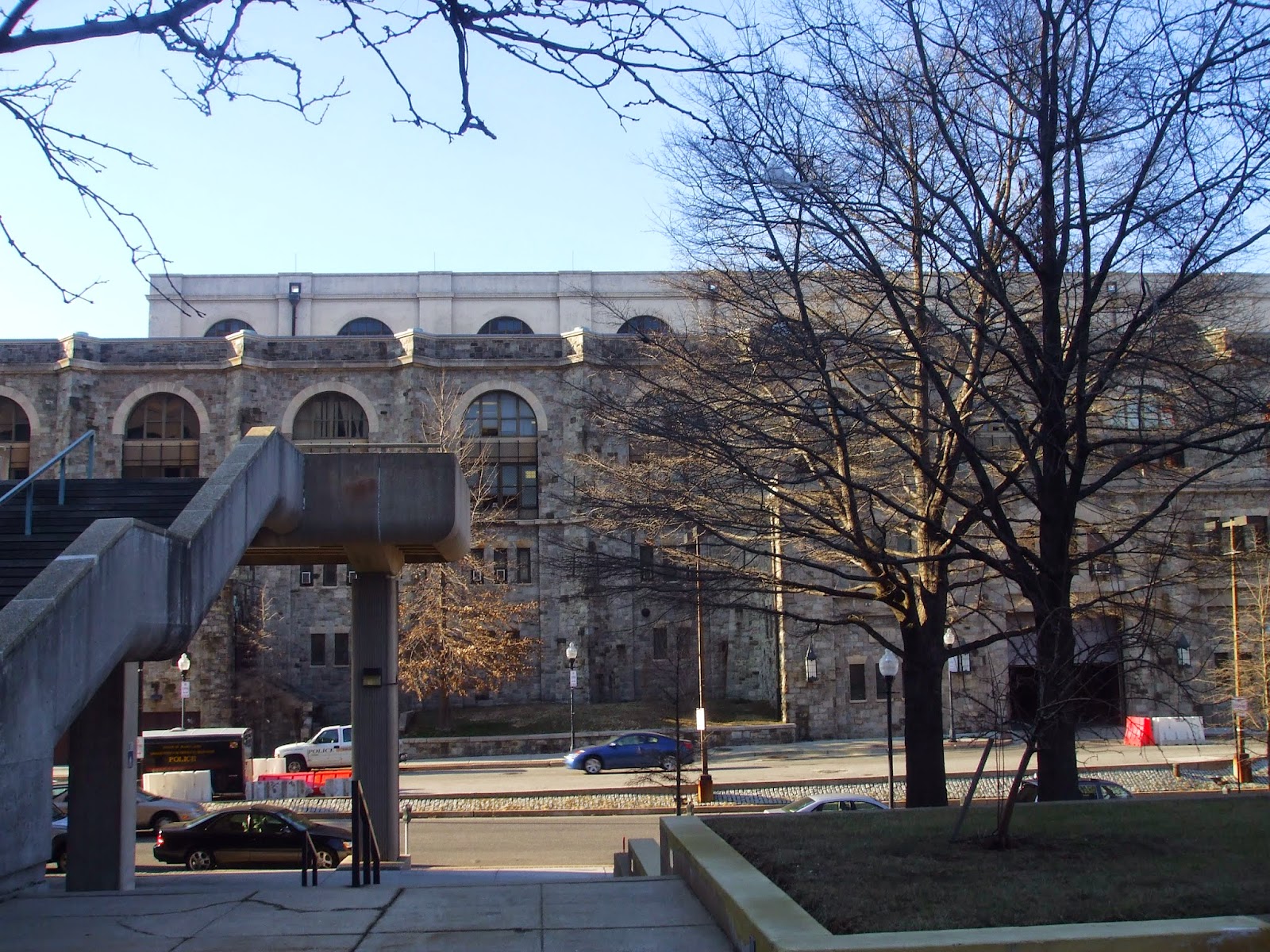 It was at this time that Downtown's Office Vacancy Rate was hitting 20% even though projects rich in Office Space like Harbor Point and Inner Harbor East. With this news, my support of State Center's redevelopment remained in place however, I wanted the State to remove itself from the project and sell off the land to a private developer that they would "bank" until the Market was ready to absorb it. The State Offices would lease space Downtown in an effort to reduce the vacancy rate. I wrote a post on this matter called "Taking the State out of Center." 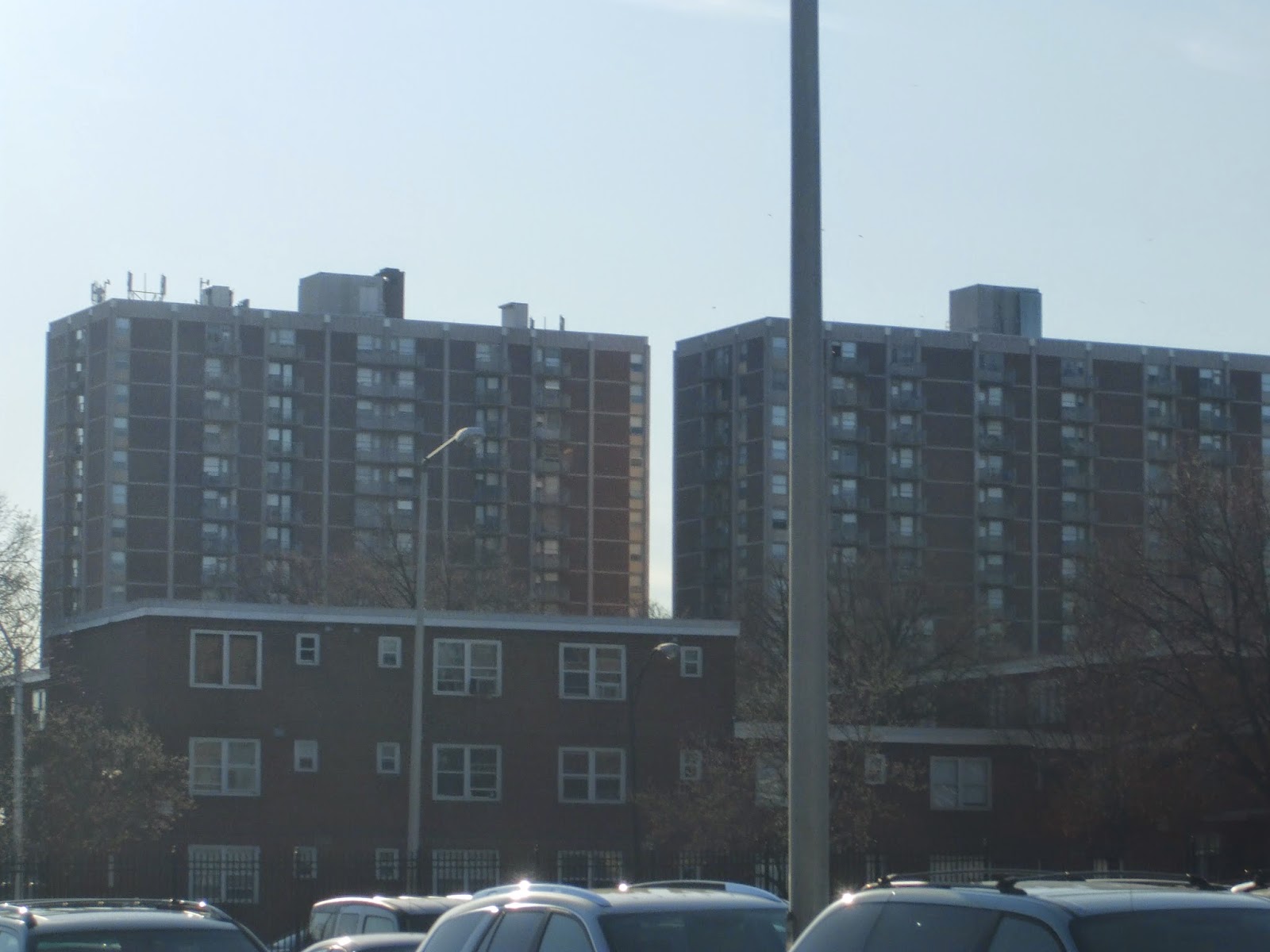 After the State Center Buildings were vacated I left their short term fate in the hands of the Developer who now owned them. They could demolish them and bank the land until the climate is right for redevelopment, or they could simply mothball them. I came up with a different plan for the short term. Remember earlier in the post when I said nothing was being done to help McColloh Homes? I was hoping you did because it's a pivotal part of this plan. I know think the best option for the State Center Buildings in the short term would be to house McCulloh Homes Residents. After being converted into Apartments, the City would lease the Buildings from the Developer after selling the land McCulloh Homes sits on. The Developer would then demolish McCulloh Homes to make them part of the eventual State Center redevelopment. 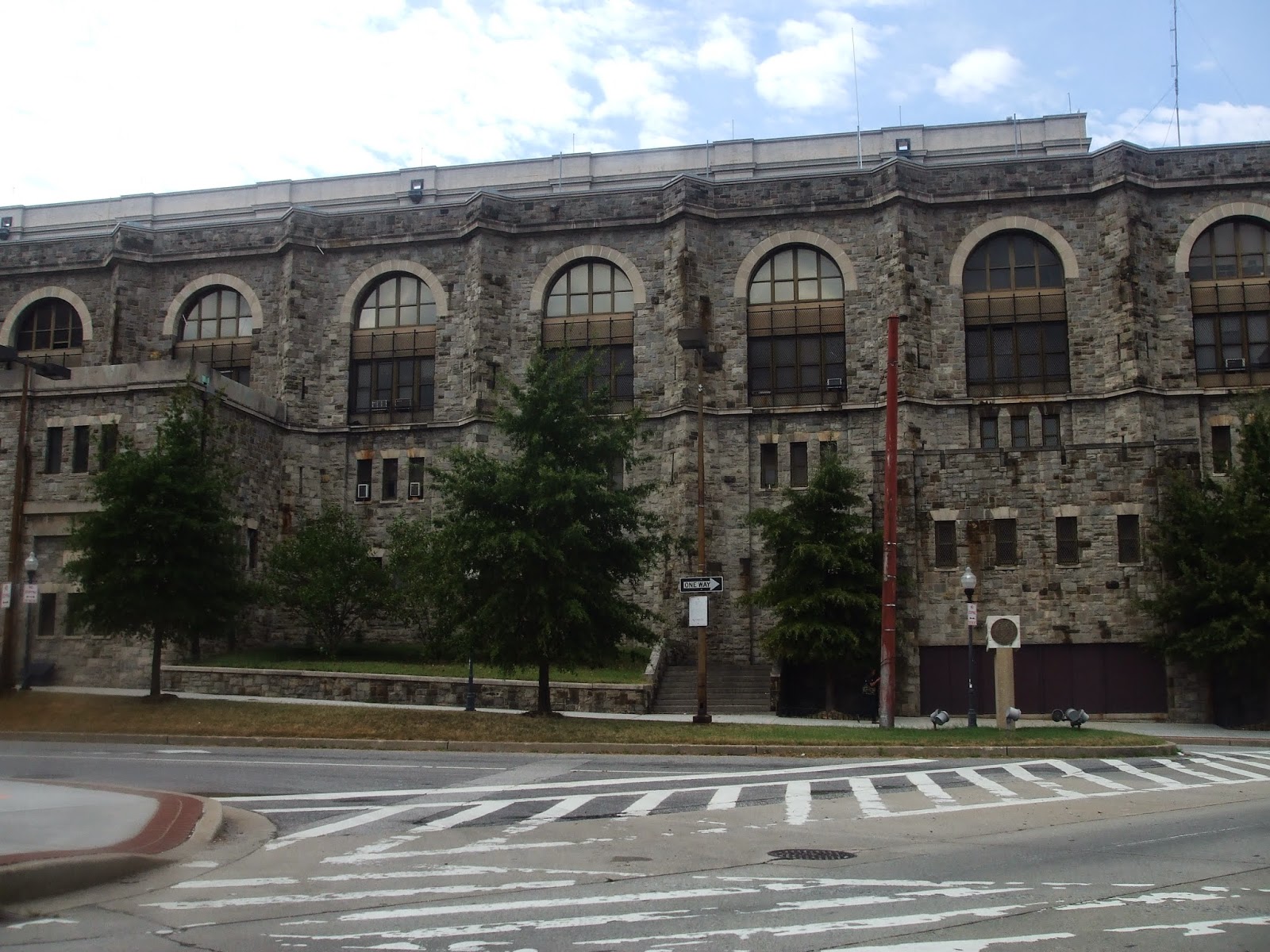 Once development in and around Downtown reaches build out and the demand for development returns (once new projects are fully leased and/or purchased) The State Center Buildings now housing McCulloh Homes would be demolished and the entire site (McCulloh Homes and State Center) would be redeveloped as an upscale mixed-use TOD haven that the Planners envisioned all those years ago.

I enjoy reading your assessments and really like the way that you envision new life for the city. When it comes to State Center, I wonder if it might be a good place for a large intermodal transit hub. Located near the intersection of N Howard Ave, and MLK BLVD, if one of the state building came down, it could make way for transit hub similar to, but smaller than the Port Authority Bus Terminal in NYC. One level, or section could be used for Greyhound, Bolt Bus, and other regional bus lines. Another level or section would be used for local MTA bus routes. MLK BLVD would provide access to I-95 for Greyhound, and Charles St via Biddle and Chase, could provide access to I-83. The nearby light rail, which connects to Penn Station, and the nearby Metro Station would go a long way to fostering a walkable neighborhood and encouraging use of both the light rail and subway. A small police substation could be built inside the terminal to act as a crime deterrent. Not to mention, that such a location, in my opinion, would be a lot more accessible than the current Greyhound location. I'd love to hear your thoughts on it.

My idea for a transit Hub is for the Westside of Downtown. I would locate it at Lexington Market to breathe new life into that area. The Route for the Red Line I have drawn out gives it a stop there and both the Metro and Light Rail have stops there as well. State Center would do well to have a shuttle bug between itself and Heritage Crossing where a planned Red Line Stop is.