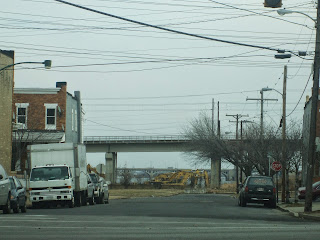 Well here's a big surprise, Patrick Turner may be losing the land he fought so hard to keep in his own name. Although there may be a buyer to purchase the loans he has defaulted on, the Judge told him flat out that he's "buying time and waiting for a miracle." Those are harsh words but I'm inclined to agree. Baltimore simply isn't ready for a redeveloped Westport Waterfront. 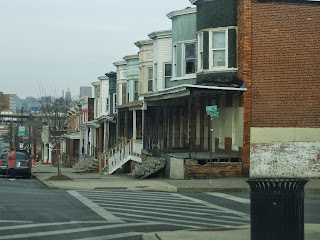 Although such a project would be a huge boost to the City's economy and tax base as well as further population growth, there are simply too many other well funded large development projects across the City; first there's Inner Harbor East once H&S Bakery vacates its current Southeast Baltimore home, it will re-open several blocks for redevelopment. Harbor Point is moving forward quite nicely as well as are plans to build more Offices in Canton Crossing. Otterbein and Sharp Leadenhall are each receiving large redevelopment projects. There are also parcels slated for development in Harborview. Lets not forget that Downtown is redefining itself as something more than just Office Space. Office Buildings that are losing out to newer buildings are getting a new lease on life as Apartments and Condos. To add even more sting; State Center will probably get built before Westport. 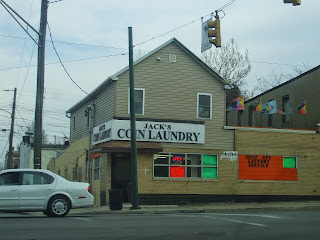 So is Westport a lost cause? In the short term my answer is yes but in the long term, once the City has absorbed all the new development listed above, Westport's redevelopment may finally happen. The problem is, when I say that Westport will eventually happen, how far in the future could that happen? I'm projecting anywhere between 15 and 25 years before interest is renewed. No investor will have the patience to simply sit on that land while paying mortgages and taxes and not getting anything in return. In order to keep investors happy, they must at the very least break even on the land in the short term. The $1 Million or should I say $1 Billion question is; How? 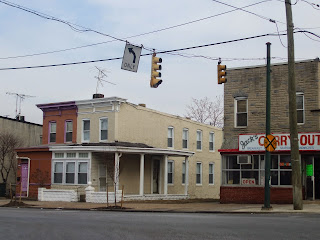 Meanwhile throughout the City, most notably in highly populated areas in and around Downtown, the City has been taking a rough stance on Homeless Encampments. In effort to make these areas more attractive to rich City Dwellers, the Homeless Population of Baltimore especially those camping under the JFX (where the popular Farmers Market is) have had to move along. But where can they go? In the minds of those in City Hall the answer is "Somewhere we can pretend the problem doesn't exist." This has been the "solution" to homelessness nationwide, to sweep it under the rug and not address the underlying causes of homelessness and treat these human beings as anything but. 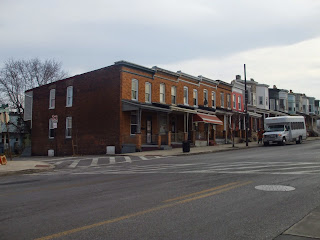 Studies have shown that actually addressing homelessness is more cost effective than ignoring it. City and State Budgets have improved in areas where building small cottages for an area's homeless populations have been beneficial to everyone. Granted these cottages aren't anything fancy, they're small kit homes that Residents are afforded a place to sleep and be out of the elements and be safer than on the streets. Homeless Shelters which are already filled to capacity could deliver food to encampments of homeless cottages as can Restaurants who do so with "day old" food. These Cottages became popular after Hurricane Katrina when tens of thousands of New Orleans Residents lost their homes. New Orleans has dubbed them "Katrina Cottages." 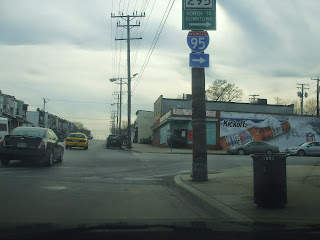 So where would these small Cottages go? Surely throughout Baltimore there's an area where there's empty land that can hold several hundred if not more of these little Cottages Right? Given that the Westport Waterfront is currently completely vacant for the foreseeable future, it's a no brainier that this location would fit the bill perfectly. Although this plan benefits the Homeless population of Baltimore as well as the Taxpayers, how would this benefit current and future investors of the Westport Waterfront? The City, State, and Feds can team up and lease the land from the investors to cover the cost of whatever mortgages and taxes associated with the ownership of that land. 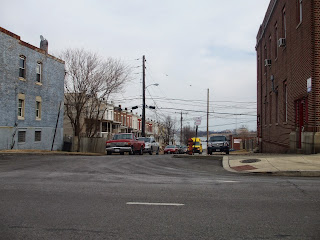 With Homeless population of Baltimore consolidated to one area, the underlying causes of homelessness can be addressed. Social Services can assist those living in the Cottages with services ranging from addiction counseling, physical healthcare, mental healthcare, school enrollment, needle exchange, and vocational training. I liken this to "Hamsterdam" which played out in Season 3 of the wire which saw West Baltimore's drug dealers and users brought to one secluded area and before being shutdown, began to help those in need. Although not every single homeless person in Baltimore can benefit from such services, I do believe that a large percentage of them can all Residents can at the very least be safer. This area will also be heavily Policed to ensure each Resident's safety. Unfortunately, like all good things, this may come to an end at any time. Demand for Office Space, Retail, and Residences could begin to arise again after the completion of other large projects in and around Downtown and the Harbor even though the're completely built out. It would be at that point that the Westport Waterfront redevelopment will begin to have legs once again. Obviously, the investors in the project will want to get moving so they can see a return on their investment. This could spell disaster for for the Homeless population that has begun to heel. 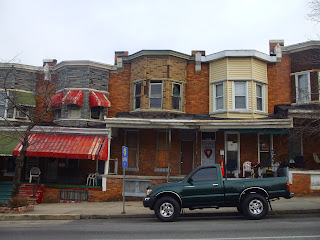 Hopefully after 20 some odd years of Homeless intervention, the population of Baltimore's Homeless will have plummeted and fewer and fewer people will qualify as "Homeless." Hopefully there will be more "crisis housing" to stem the problem of homelessness before those most vulnerable are left without a roof over their heads. Hopefully with a short term solution such as the Westport Waterfront, our Elected Officials can think up a viable long term solution when the Westport Waterfront becomes prime real estate once again. 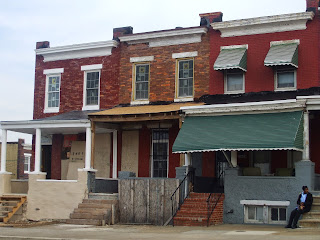 Hello Everybody,
My name is Mrs Sharon Sim. I live in singapore and i am a happy woman today? and i told my self that any lender that rescue my family from our poor situation, i will refer any person that is looking for loan to him, he gave me happiness to me and my family, i was in need of a loan of $250,000.00 to start my life all over as i am a single mother with 3 kids I met this honest and GOD fearing man loan lender that help me with a loan of $250,000.00 U.S. Dollar, he is a GOD fearing man, if you are in need of loan and you will pay back the loan please contact him tell him that is Mrs Sharon, that refer you to him. contact Dr Purva Pius,via email:(urgentloan22@gmail.com)Thank you

Hello Everybody,
My name is Ahmad Asnul Brunei, I contacted Mr Osman Loan Firm for a business loan amount of $250,000, Then i was told about the step of approving my requested loan amount, after taking the risk again because i was so much desperate of setting up a business to my greatest surprise, the loan amount was credited to my bank account within 24 banking hours without any stress of getting my loan. I was surprise because i was first fall a victim of scam! If you are interested of securing any loan amount & you are located in any country, I'll advise you can contact Mr Osman Loan Firm via email osmanloanserves@gmail.com