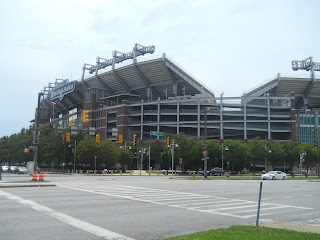 Russell St. has always been the back door to Downtown via I-95. Its gritty industrial appearance doesn't scream "Welcome to Baltimore" the way I-395 does what with Camden Yards on the left, Otterbein on the right, and Downtown straight ahead. When M&T Bank Stadium opened, little changed as far as the appearance of the surrounding area. And why should it have? It's not like the Ravens are playing home games all day everyday. I'm saying the Stadium isn't a draw, I'm just saying it didn't do much for Russell St. 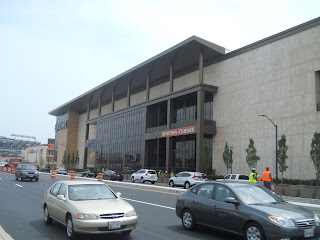 Fast forward to August 2014 and a new large institution has opened on Russell St; The Horseshoe Casino. Unlike M&T Bank Stadium this is meant to attract crowds all day every day and even into the night. This gives people on Russell St. the opportunity to explore the area around the Casino instead of just speeding by it as has been the case. Well there's nothing really there to explore along Russell St. besides the Casino itself and it doesn't have any outward facing Restaurants or Retail of any kind. All Russell St. has is Gas Stations, Storage Facilities, a Holiday Inn Express, and lots of aging industrial properties with varying degrees of occupancy. I'm proposing to turn the Russell St. Corridor into a mixed use haven anchored by the Casino. So let the gentrification of Russell St. begin! 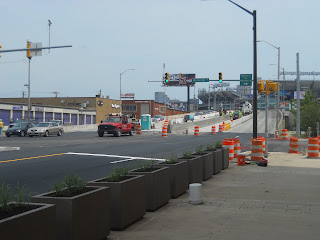 The opportunity for Waterfront Development along the Middle Branch was largely hindered by the construction of the Casino's parking garage. This is why I'm huge a proponent of underground parking garages. Since that won't be happening we'll have to deal with the hand we were given. As luck would have it there is a parking lot at the corner of Warner St. and Stockholm St. that can be turned into a mid rise Apartment/Condo building that directly overlooks the Middle Branch as well as the Casino, the Stadium, and the Gwynns Falls Trail. 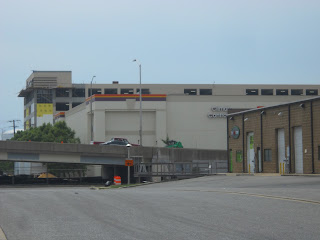 I'm not big on either of those Public Storage Buildings that flank . I think they could be put to more productive use further in the Carroll Camden Industrial Park. In their places would be more mid rise Apartment/Condo buildings with ground floor Retail wrapped around a garage. I would like to emphasize affordability on these projects to make the area a magnet for Casino Workers. The block that contains the Game Day Warehouse would be demolished except for the facade of the Game Day Warehouse where you guessed it! More Apartments and Condos would go. This time they'll be loft style. Ground Floor Retail can be found along Alluvion and Warner St. 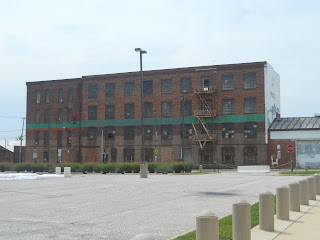 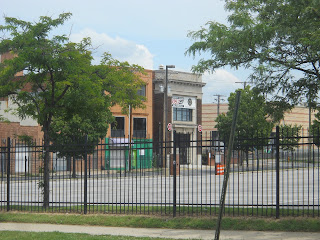 There are two parking lots here that can be developed as mid rise Office Buildings both with Ostend St. frontage. Whether or not there's ground floor Retail will depend on the demand for it. The parking garage for the building that will be built on Lot "O" will face the Railroad Tracks. The Paradox night club will be redeveloped as a higher end Hotel. A new Paradox Club will be integrated with the Hotel with separate entrances. In keeping with the theme of the two Offices Buildings, the Hotel/Paradox Night Club will have Ostend St. frontage. 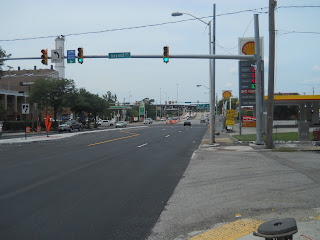 What I'm proposing a merely just the beginning of a long gentrification process that is sure to take off as Housing, Retail, Office and Hotel needs grow around the Casino. I've left out certain parcels along Russell St. because they're successful in the current use. The Gas Stations for instance, although they take up a lot of land, it's at the beginning/end of a highway so drivers would want to fill up as they enter the highway or are low gas as they exit the highway. Like I said, this is just the beginning but let the gentrification of Russell St. begin! 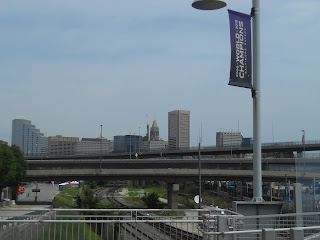 I like it. Clean and simple. It would also give people stepping off of the Greyhound busses a more pleasant welcome to Baltimore than what now exists. Though, I still maintain that the Greyhound station should be moved to a better location.

Bizhero provide services for maryland Affordable Web Design, Baltimore affordable price, web page design, ecommerce web site design and website design with affordable price.
We've created hundreds of brands for clients in 15 countries and 10 different languages. That's a lot of work so it's good that we love what we do. All of the brands we design are up to current technology standards. This includes cross browser and mobile responsiveness. Are you unsure of where to start? No worries, we understand these things can be complicated to understand. We help you through the entire process. Represent your company in the one of a kind way it deserves. All of our websites are designed with custom graphics and content.