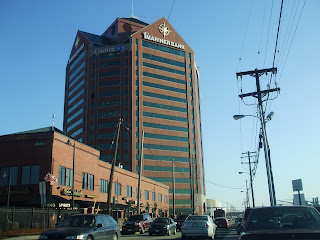 The first buildings of Canton Crossing were built just before the start of the recession. For years it was the lone office building containing the headquarters for First Mariner Bank with President and Canton Crossing Developer Ed Hale using the top floor as his pent house Apartment. Also in the first stages of development, there were some Neighborhood Retail buildings containing a few Restaurants and a Merrirtt Athletic Club. This phase of Canton Crossing is located at the intersection of Boston St. and Clinton St. 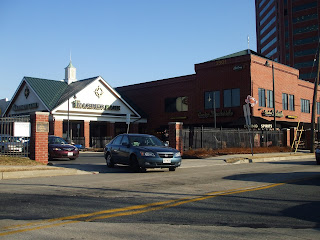 Once this phase was competed, the recession hit. The future of Canton Crossing which was to be Baltimore's First Big Box Shopping Center as well as a slew of Office Buildings and Apartments was in grave danger. The industrial wasteland on which this ambitious project was to be built sat as vacant as a bleak reminder of the fate this once ambitious project was suffering. Indeed, Developer Ed Hale had to sell off the remaining land banks of Canton Crossing as well as other stalled development investments to keep his primary venture; First Mariner Bank afloat. 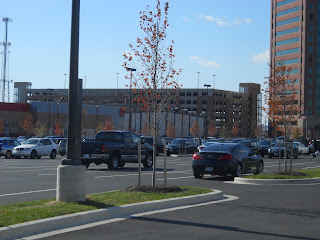 The buyer of this land bank was "Corporate Office Properties Trust" better known as "COPT." As I was always a fan of the original concept of Canton Crossing and what it would do not just for Southeast Baltimore but the City as a whole. I made an impassioned plea on this very blog to COPT to "Keep Ed Hale's Canton Crossing Alive." Luckily, this plea was not necessary. Not only did COPT have any intention of making huge changes to the original concept, the land was and is zoned for that exclusive purpose. 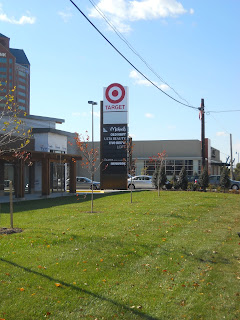 True to their word, COPT began negotiations with potential tenants and announced anchors such as Target and Harris Teeter as well as "Junior Anchors" Old Navy, DSW Shoe Warehouse, Michael's Arts & Crafts, as well as several restaurants and smaller Retail ventures. Sketches of the layout of the Shopping Center as well as the decidedly urban style of the buildings began flooding local newspapers to drum up excitement for the soon to be opened center dubbed "The Shoppes at Canton Crossing" which was slated to open in November of 2013. 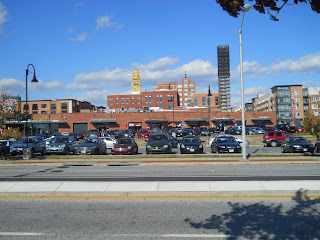 Perhaps it was for best that the construction of Canton Crossing was delayed several years. Had it opened in '08 or '09, that part of the Canton/Brewers Hill Neighborhoods was still quite sparse. However, the Residential Market in particularly the Rental Apartment Market was recession proof. Projects in Brewers Hill just across the street for Canton Crossing such as the Gunther, Domain, and Hanover Brewers Hill created a population boom as well as the need for additional Retail. New town homes in Neighboring Greektown have also added to the demand. 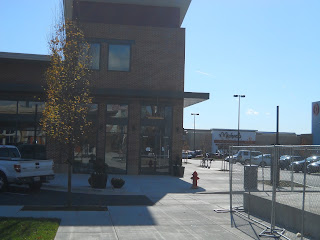 Finally,after years of planning and waiting, the Shoppes at Canton Crossing opened to a huge fanfare. This once forlorn and forgotten part of industrial Canton had experienced a true rebirth as a big box Retail haven flanked by the adjacent First Mariner Tower and Apartments that are both new construction as well as reused industrial buildings. COPT had truly done what Ed Hale had dreamed up and gave Canton and all of Baltimore a successful urban big box Center. 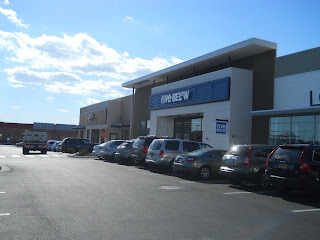 With the success of the newly completed Shoppes at Canton Crossing, many had thought that the entire Canton Crossing Development had been completed. I was beginning to think so as well as my searches for "Canton Crossing Apartments" and "Canton Crossing Mixed Use" came up empty except for articles written years earlier when Ed Hale still owned the land. I had simply thought that COPT had scaled back the project which was not uncommon for developments that stalled the recession. and that those remaining undeveloped parcels would remain so and/or eventually get sold. 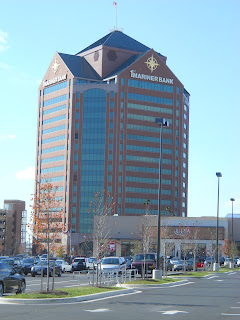 Recently I received the exciting news that it's still intended for Canton Crossing to be mixed use. The land that is currently a surface level parking lot on Clinton St. is slated to be at least four office buildings. The swath of undeveloped land next to the target is slated to be a six story 350 unit Apartment Building with underground parking and ground floor Retail. One reason that the additional phases of Canton Crossing were held up was because the design board didn't like the plans presented to them by developers so they were literally sent back to the drawing board especially when it came to the Apartments. 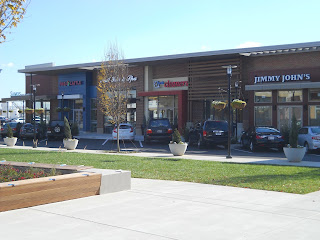 After close to a decade of waiting and wondering if the finished product of Canton Crossing will be the mixed use haven that was promised to us by Ed Hale, I can now safely that mixed use is coming soon to Canton Crossing. 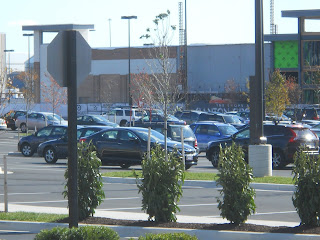