Little Italy: On the Cusp of Change 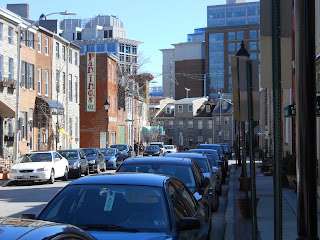 Big things are happening in Little Italy. The first is the redevelopment of the former Della Notte restaurant into high rise mixed use building. This move will help extend the high density of Inner Harbor East northward toward Downtown via President St. This could help make President St. more pedestrian oriented and make it a more attractive destination in and of itself rather than the vehicular nightmare it is currently. 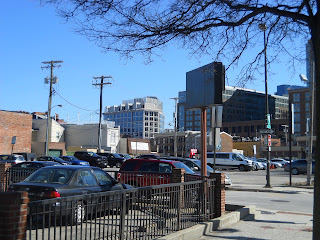 The second big thing in Little Italy is that entire block of the Neighborhood is on the market for redevelopment. What block is it? I don't know, and neither does anyone who isn't directly effected by the proposed real estate transaction. Proponents of the sale of the mystery block say that Little Italy is stuck in the past and that high density mixed use is the only way to keep the Neighborhood competitive with the ever evolving Inner Harbor Neighborhoods. 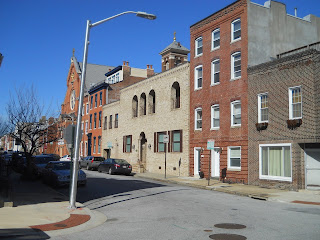 Not only do I disagree with this assessment of Little Italy but I also disagree that it has to become an extension of Downtown and Inner Harbor East. Articles that promote this block of redevelopment claim that Little Italy is closed off from its surroundings and that's why there's low foot traffic. Although there are Restaurants here, Little Italy is still a Residential Neighborhood and the layout of the streets and Row Homes confirm that. Many of the interior blocks are not through streets so that vehicular traffic does not pollute the Community. 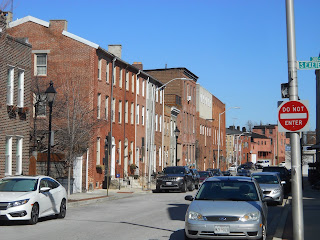 The closed off feeling that comes from Little Italy is no accident. In order to defend itself from the urban decay of it surroundings from Flag House Courts to the north, Perkins Homes to the east, and a decaying Harbor that was no longer a source of employment for tens of thousands. To keep Little Italy a viable and safe Neighborhood, it had no choice but to close itself off. 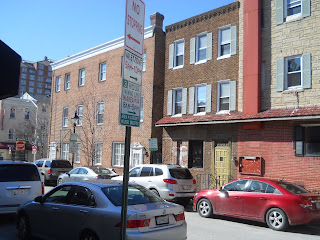 Today however, Flag House Courts has been redeveloped and replaced with the mixed income Albemarle Square, the Harbor is now glitzy mixed high rises, and all though Perkins Homes are still standing at the moment, the City has confirmed that redevelopment will occur there in the coming years. So from a safety standpoint, closing off the Neighborhood to deter urban decay is no longer necessary. However, that doesn't mean that Residents wish to change the general layout or architecture of their community. I find the style of Row Homes that dominate the Neighborhood are beautiful and knocking down a healthy block of them in favor of a high rise doesn't sit well with me. 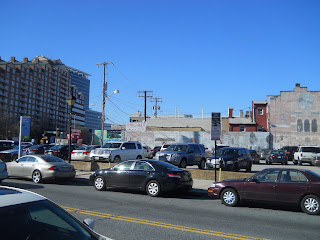 Don't get me wrong, I'm actually in favor of both proposed mixed use high rises in Little Italy. The Della Notte is at the corner of President St. and Eastern Avenue which is not only an entrance to Harbor East, but southeast Baltimore as a whole. With the unknown block of Little Italy that's on the market however, I'm nervous that the block in question will destroy the fabric of the existing Little Italy Community. There are however a couple of blocks on the outskirts of Little Italy that border upon Harbor East that I believe will benefit from a high rise mixed use building. 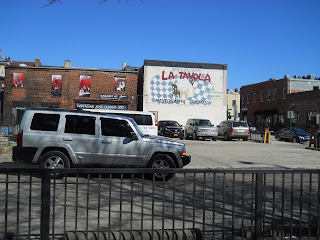 The fist location is directly north of the Della Notte site on President St. This contains mostly a surface level parking lot with a few Row Homes and Businesses facing Fawn St. and Albemarle St. but the outer more traveled thoroughfares of President St. and Eastern Avenue are nothing but the surface lot. I mentioned the benefit of increased pedestrian traffic on President St. from redeveloping the Della Notte site and I think it can developing this site as a mixed use high rise will only help the walkability of President St. and not have that area between Downtown and Harbor East be such a dead zone. I hope this is the mystery block. 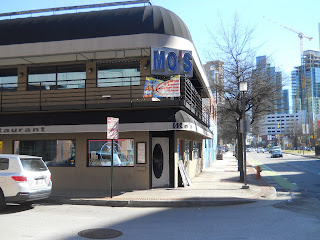 There's another part of Little Italy that I think could use some redevelopment. This time the parcel is located at the southwestern corner of Eastern Avenue and Bank St. Currently there sits a short parking garage. Central Avenue is poised for a turn around after streetscape enhancements and the announcement of extending it into Harbor Point. As H&S Bakery moves to Hollander Ridge, the Inner Harbor East portion of Central Avenue will continue to see redevelopment. In Little Italy, recent rehabs include the Canal Street Malthouse and the Heavy Seas Alehouse. Both of these have begun to increase pedestrian traffic on Central Avenue and demolishing the desolate parking garage at Central Avenue and Bank St. in favor of a mixed use high rise can only help. Although I like this location as the mystery block, I much prefer the President St. site just above Della Notte. 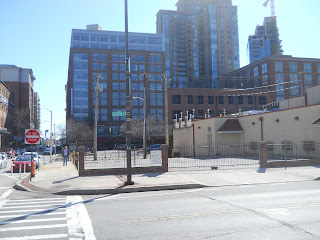 As the mystery block is revealed, and plans are made public, much more can be speculated accurately about the future of Little Italy and whether or not the entire Neighborhood of tidy Row Homes will be demolished in favor of an Inner Harbor East Expansion. I hope that's not the case but we can all say with confidence that Little Italy is on the cusp of change. 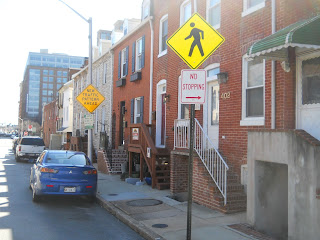