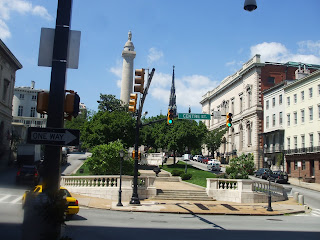 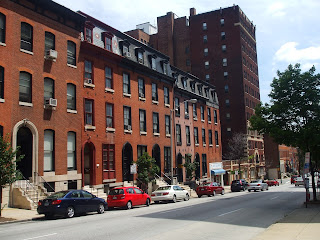 One would like you to believe that these two Neighborhoods are worlds apart. Actually they're just one JFX apart and eventually that JFX will be gone and the barrier in between the two will then be null and void. With a revelation like that, some may think that the hardships facing Johnston Square would spill into Mount Vernon. I'm proposing the opposite; the successes of Mount Vernon spilling into Johnston Square. The only way to do that? Re-brand Johnston Square as an extension of Mount Vernon. 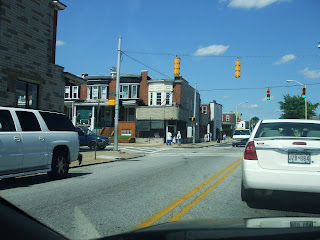 Highways like the JFX were strategically routed in order to separate Neighborhoods from one another. If you look at the demographics on one side of the highway versus the other, you can tell that it's no coincidence. The segregation era had everyone up in arms that integration would spill into their Neighborhood. Highways acted as a natural buffer to keep the status-quo intact. The JFX running in between Mount Vernon and the JFX is a prime example of this planning method. And it worked, Mount Vernon remained a rich sought after Neighborhood while Johnston Square continued to go downhill and lose population while gaining drugs and blight. 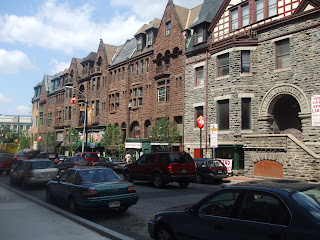 My solution would be for Mount Vernon to absorb Johnston Square and re-brand it as an extension of itself. Johnston Square would effectively be branded as "Mount Vernon East." This will eventually happen once the JFX is dismantled but I'd like to get the ball rolling now. Seeing as how Johnston Square is east of Mount Vernon, the synergy of Mount Vernon would have to continue itself in an easterly direction. The first thing to do is to make the bridges over the JFX on Chase St., Biddle St. and Preston St. more accessible for bikers and pedestrians alike. I would have liked to do this on Eager St. too, but it stops and starts up on either side of the JFX further enhancing the intended separation of the two Neighborhoods. 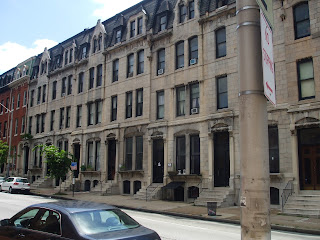 Once east of the JFX in Johnston Square, many of the lots directly adjacent to the highway are vacant. This is good as it will allow for new development right off the bat. The new development will have architecture similar to Mount Vernon in the west to create a welcoming environment and invite further development. One thing about Mount Vernon that has happened over the generations is the conversion of large row homes into Apartments. The demand to live in Mount Vernon has made this a necessity. However, in Mount Vernon East, I would it to be branded as an opportunity to live in a Row House while still living in Mount Vernon. This is something that there's a market for. I would equip each new house with rooftop decks so Residents may take advantage of the breath taking views of the City offered to them. In order to attract these new Residents, Johnston Square will have to have streetscape enhancements and litter removal to keep up the same clean well kept appearance that Mount Vernon has. 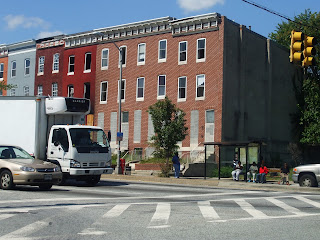 Heading further east into Johnston Square, there are opportunities for infill housing and rehabbing existing vacants. I would place higher density housing such as Apartments and Condos with ground floor Retail along Greenmount Avenue which I would brand as a Main St. for the Community. By making Greenmount a Main St. a synergy in between Mount Vernon East and the quickly gentrifying Greenmount West to the north. Bridging these two Neighborhoods would have to be a long term project. The train tracks would have to be capped and east west streets like Hoffman St., Federal St., and Oliver St. would have to be extended westbound towards Penn Station to tie all of these Neighborhoods together. A project this big would have to be done in conjunction with the dismantling of the JFX. 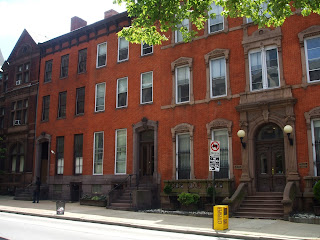 So there you have it, in order to see large scale redevelopment and reinvestment in Johnston Square, the first step is to re-brand the Neighborhood as an eastern extension of Mount Vernon. Doing so will bring in an unprecedented amount of new developments before the dismantling of the JFX. The division of Neighborhoods brought by highways can be put to rest if the stigma of the divide goes away. 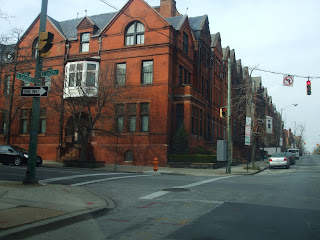