Pimlico: No Preakness? No Money 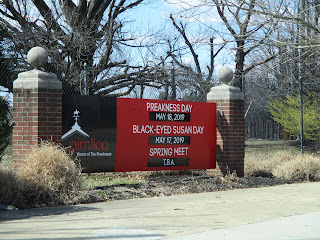 Ever heard the phrase "money talks"? Well that phrase is very true and not only does money talk, it talks loud. It talks louder than any voice on the face of the earth. The larger the amount of money is, the louder the money talks. Enter the Stronach Group, current owners of Pimlico, Laurel Race Track, and a Bowie Training Facility. They have a lot to say quite loudly with the money they have, the money they've gotten, and the money they want. So I'm going to make this very clear to the Stronach Group; No Preakness at Pimlico will cost you a lot of money both in the present and the future. 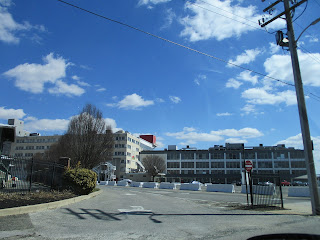 Those sound like fighting words. Well, they are. Stronach Group is trying to do the unthinkable; Move The Pareakness not just out of Pimlico, but out of Baltimore completely and into Laurel. It has become very clear that through money they've personally spent and money given to them by the state goes overwhelmingly to Laurel and they think Pimlico is too far gone to be renovated or redeveloped and that the future of horse racing in Maryland is in Laurel. 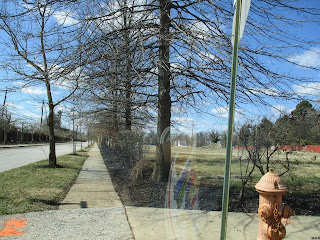 Well we here in Baltimore don't take too kindly to having a tradition that dates back to 1873 taken away from them. In fact, it makes us very angry. So angry that we may want to make Stronach group and its anti Baltimore rhetoric do what it appears unwilling to do; Pay. Not only will they get nothing in aid, tax breaks, tax shelters, but every penny they've gotten from the City of Baltimore or the State of Maryland EVER. This comes out to over a $100 million check Stronach will have to cough up which is about 1/4 the cost of a full Pimlico redevelopment which the Stadium Authority estimates to be $424 Million. 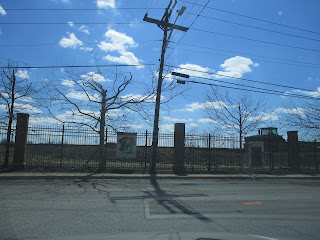 OK, so coughing up $100 million+ to the state doesn't sound like much when compared to $424 million however, if they get nothing from the state as far maintenance aid, tax breaks, tax shelters, those numbers can add up very quickly and Stronach is paying that money out of their own pockets instead of the state, this may get people's attention. Also, Stronach can't do a cut and run with Pimlico, if they abandon the race track, they will have to foot the bill for demolition of the site, clearing of the site, and infrastructure for whatever new development replaces Pimlico. That's quite a hefty bill Stronach is being stuck with for moving the Preakness out of Pimlico isn't it? I bet these costs they would have to pay to exit Baltimore have now exceeded $424 Million. Now, by making Stronach pay so much cash and lose out on any additional aid if they move the Preakness to Laurel, suddenly the $424 million cost to redevelop Pimlico is the cheaper alternative. Not only that, the City and the State are now working with you instead of against you. All of that aid will no longer have to be paid back and the City State will continue to be willing provide future aid. 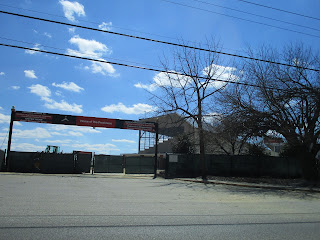 The one thing Stronach has a point of is the lack of use Pimlico over all throughout the year. In a previous post several years back, I have proposed part of the redevelopment include turning the racetrack into a large swimming pool and water park during the summer and an ice skating rink during the winter using the Beverly Hills High Swim Gym technology as stated in my previous post. These additional uses may cost more with redevelopment however, with the additional uses at Pimlico the additional revenue, these upgraded uses will pay for themselves. 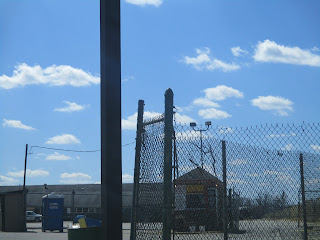 It's true, money talks. We can't change that. But it can be used to our advantage to turn the tables to get what's needed by using that very philosophy. No Preakness? No money. Lets get used to saying that.
Posted by Spence Lean at 6:00 PM

Maxatron Plus biggest controversies, of course, is with regard to whether they work or not, in the first place. In this regard the mainstream medical community seems to hold the opinion that there is absolutely no way of

Bionatrol Pro Enhance Dr. Sahelian and his research staff have tested various doses and extracts of dozens of herbs from a number or raw

cSynergex 7 are extensively available in the market and they are quite capable of handling this type of sexual disorders. Men can take their help and cure themselves easily as per their requirement.

Bluoxyn The best thing which one can get from natural enhancement products is that they are entirely free of injurious side effects. On the other hand chemical product have their own side effects such as increase in blood pressure,

Ryzex Male Enhancement Penis exercises are said to be the safest, most affordable and most effective way for penis enlargement.

Keto Gedeon
Weight Loss Truth: The great Henry Ford once said "Whether you think you can, or you think you can't- you're right.'"......It is 90% mindset, and 10% actually getting off your butt and doing something about it.

Keto Trim 800 Think realistically about how much change each of those areas can withstand. For example, if you do no exercise at all, you're going to struggle with a weight loss program that requires intense exercise from the get-go. If you eat out regularly,

Rapid Fast Keto Boost the next 6 months and the weight stays off because you now know how to eat properly.

Celaxryn RX Male enhancement products are designed and formulated to endow men with stronger, longer-lasting erections. While there are a number of widely-used medications that duplicate this effec

Evianne Cream that desire to maintain a more youthful appearance even with the advance in years. Genetically induced aging is a normal permanent and complicated

Spartan Keto We need to move away from our family rooms and back into the kitchen. During this time eat slowly and spend some time with your family

Ultimate Keto Boost This will help in knowing whether you are eating because of a particular mood or not. Keeping a journal is good way to stay committed to your weight loss.

Top Rated Back Massager
If you ever hit an area where it feels tight and unloose, rub around it in a circular motion until finally moving to the center of the knot. Eventually the muscle will loosen up and the area won't be as tense.