Darling I Love But Give Me Park Avenue 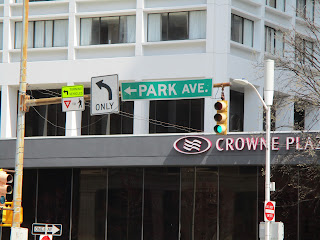 I think if Lisa Douglas (Eva Gabor) were to look at Park Avenue in Downtown Baltimore, I believe she would agree that Green Acres is the place to be. For this post in case you missed it, will be about Park Avenue going through Downtown and how to make it better all around. 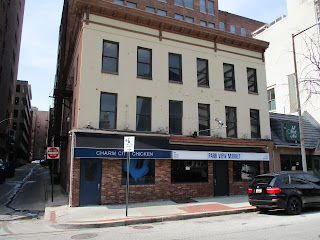 Park Avenue is very much an anomaly as it runs north as a one way street through Downtown above Baltimore St. but is neither part of Charles Center or the Department Store District on Howard St nor is it part of the Lexington Market area around Eutaw and Paca Sts. Hopefully after this post and the next post, you too will be saying "Darling I Love You But Give Me Park Avenue." 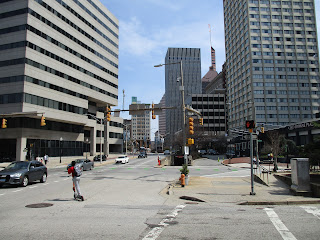 Although Park Avenue has a beautiful appearance through Mount Vernon, Bolton Hill, and to a lesser extent Reservoir Hill, the Downtown section is very bleak. It consists mainly of boarded up row homes that had long since been converted into Apartments with ground floor Retail most of which is vacant. Another stark contrast Park Avenue has versus roads parallel to it is the fact that there is very little traffic bet it vehicular traffic or foot traffic. 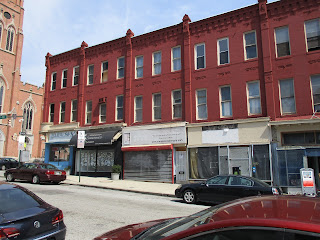 Fortunately, I know how to solve the lack of traffic on Park Avenue while at the same time easing congestion on parallel northbound one way streets such as Charles St. and Calvert St. In order to achieve this, we divert the would be northbound traffic from Howard St. to Park Avenue. Now where would this go? Howard St. would veer off into Park Avenue between Lombard St. and Baltimore St. where the current Royal Farms Arena is. 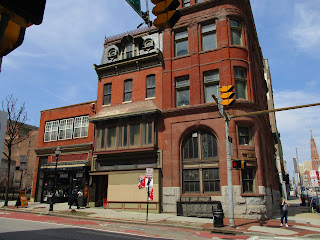 As has been discussed numerous times on this and many other blogs and forums, Royal Farms Arena is old, outdated, and needs to be redeveloped. It had been though that the best place to put it is right at the Inner Harbor. I disagree with this and I think it should be redeveloped in conjunction with equally dated and obsolete Convention Center a few blocks to the south. The Royal Farms Arena and Convention Center would share a building or buildings at the site of the current Convention Center and will be adorned with ground floor Retail and Offices and/or Apartments above it. 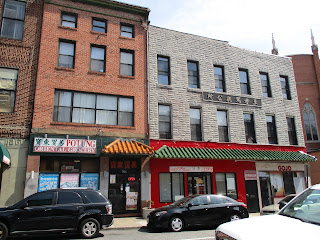 Now that the Royal Farms Arena is out of the way, we can continue travelling north Park Avenue. The first few blocks of Park Avenue run straight through the beleaguered "Super Block" of Downtown's Westside. Many, including me believe that the redevelopment of the Super Block will fuel additional investment in the Westside and put it on par with Baltimore's showcase Neighborhoods. A Park Avenue with heavier vehicular and foot traffic will be a step in the right direction. 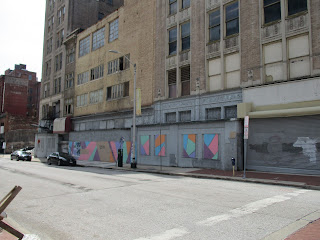 Another shot in the arm for the Super Block is the fact that a brand new mixed use building can and should be built on the westside of Park Avenue between Lexington St. and Clay St. adjacent to the old Stewart's Department Store. This vacant plat of land only adds to the baron appearance of the Super Block and Development of it is crucial to further any future progress. 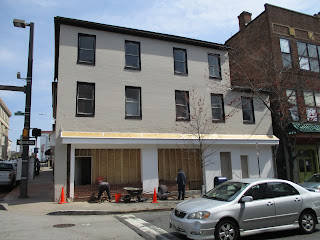 Above Clay St., Park Avenue begins to look very desolate. Originally this contained row homes that had been converted into Apartments with ground floor Retail however, they now appear to be vacant on all fronts. These few blocks below Franklin St. once contained Baltimore's Chinatown and the few businesses operating on these blocks of Park Avenue reflect that demographic. There has been interest in increasing the number of Chinese owned businesses along this stretch and I'm all for it. 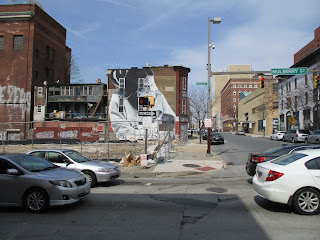 Redeveloping these properties will be very expensive since the facades were beautiful and should be preserved. However, the footprints of these buildings are outdated so I'm recommending redeveloping them in the same manor as the Marketplace at Fells Point with the facades preserved but everything else is brand new Apartments and Ground Floor Retail. I believe the end result to be worth it and I consider Marketplace at Fells Point to be some of the most innovative preservation/redevelopment efforts. The area won't be completely void of new development as the surface parking lot just south of Franklin St. would be developed to complement its newly developed and redeveloped Neighbors. 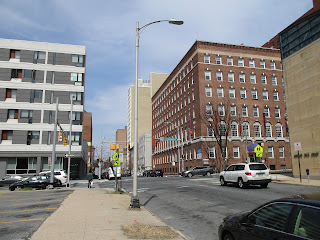 Above Franklin St., Park Avenue enters the western edge of the famed Mount Vernon Neighborhood. I've referred to this area as the "Midtown Donut" since I consider it be void of Retail and new construction. This use may fit this stretch of Park Avenue just fine. It contains some of Baltimore's best row house architecture that I don't believe should be modified to fit Retail. Fortunately, without this area being a Retail District, it is only a couple of blocks away from the main north-south thoroughfares of Charles St. and St. Paul St. respectively. 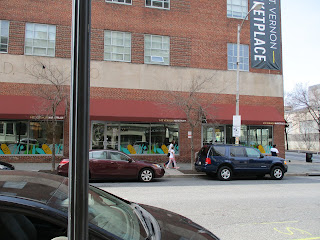 Park Avenue enjoys beautiful architecture in Mount Vernon uninterrupted until it hits Chase St./MLK Boulevard. This is where/when the road will have to be redesigned to meet Howard St. once again before crossing the JFX into Station North. Park Avenue as we know it goes northwest towards Bolton Hill and Reservoir Hill and the Park Avenue as we know it takes on the Cathedral St. moniker before ending at Mount Royal Avenue. However, the redesign would include Park Avenue/Cathedral St. going past Mount Royal Avenue and going on a new road above the CSX tracks west of the Fitzgerald Apartment Building and joining Howard St. just before the JFX bridge. 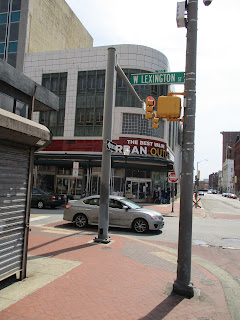 Now I'm sure you're asking yourselves "Why?" Why do all this work on Park Avenue when there's a perfectly good and somewhat underused Howard St. just one block to the west? Well, I have a plan for Howard St. and I'm going to ask you to stay tuned for that plan. With this plan and the Howard St. plan, Eva Gabor as Lisa Douglas will say "Darling I love, but Give Me Park Avenue." and she'll mean Baltimore's Park Avenue. 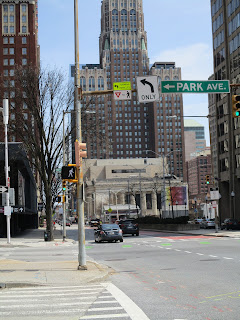