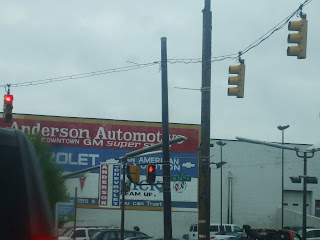 When I last discussed Remington I had laid out a Master Plan for the Community to add residents and keep streets safe. Since then, I have spoken with residents both in person and via email about what they want for Remington. It's in line with what I have laid out. They do not want extreme gentrification or redevelopment. Those wishes, even in this economy have proven to be a reality. 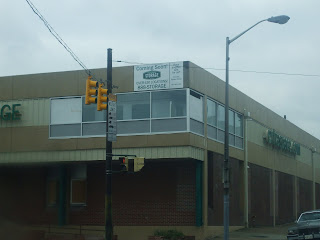 Now, that's residential Remington. A few blocks south lies intersections of 24th St, 25th St. Howard St, and Sisson St. This little commercial area lies within Remington's boundaries but isn't always associated with it. It can be called in addition to Remington, South Charles Village, Old Goucher, Charles North, and Station North. Now the name isn't important. What is important is what occupies and may eventually occupy it. 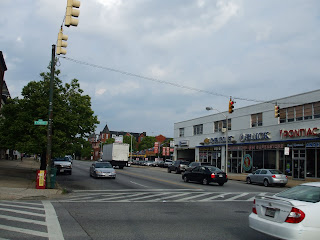 Currently it is occupied by two Car Dealerships and their Service Garages. One is a GM Dealership, the other a Honda Dealership. Both are owned by the same company known as Anderson Automotive. The GM Dealership has been forced to close due to GM's financial hardships. The Honda Dealership, which claims to get most of its business from the County, will move to Hunt Valley to be nearer to its customer base. They may leave a Garage in the City but even with that remaining there will still be a large vacant tract of land. Now, we all know Car Dealerships aren't the most attractive form of retail. Since Car Dealerships are hurting badly we can rest assure that new Dealerships won't be replacing the ones vacated by Anderson's. 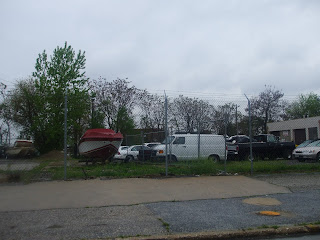 Surprisingly, in these struggling economic times we're facing, new development on the Anderson's Site might not be that far done the road. A developer wants to build a Lowes, Home Improvement Warehouse, a Grocery Store, and stores like Staples and Marshalls. They will be served by a large parking deck. On Maryland Avenue, there will be neighborhood retail with new homes over top. If all goes according to plan, this could be a reality by late 2011. 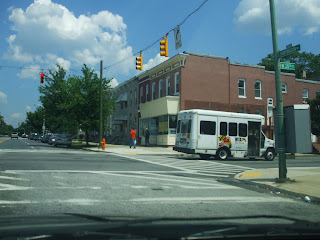 As with any big change it must be looked at very carefully and adjusted when deemed necessary. Like I said before, a parking deck will serve the needs of this new development and that's what will flank 24th St. west of Howard St. Lowes and the Grocery Store will back to 25th St. west of Howard. The front entrances will face the parking deck inward and faux windows will flank 25th St. so as not make the streetscape of 25th St. look like a slab of side walls. It appears that the Staples and Marshalls will be east of Howard St. on 24 th St. and west of Maryland Avenue with a surface lot behind it. I'm not sure if their front doors will face 24th St. or the parking lot. Speaking of Maryland Avenue, between 24th and 25th Sts will be neighborhood retail that will actually face the street. However, the houses built over top of them will not. 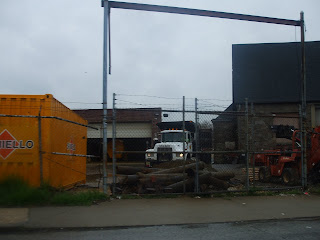 There appears to be a common theme here. With a few exceptions nothing seems to face the street rather it faces inward discouraging foot traffic and additional lighting that will warrant. Having grown up in Columbia I've seen what happens when Retail faces inward. Safety concerns rise and Business is lost due to lack of roadside visibility. Columbia has had to redevelop its older Village Centers and its newer ones learned their lesson and were built in an open design that faces the road thus making it safer. I don't believe that the faux windows proposed for the Lowes and Grocery Store on 25th St. will suffice. One big difference between Columbia's Village Centers and the development in Remington is that the Remington Development is still in the planning stages and these potential development errs can be fixed before a single brick is laid. 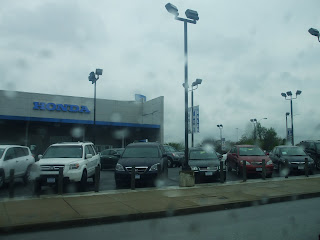 That being said lets those fix potential errs before they're made. The Solutions are all very simple, build things so that their front doors face the street and not their parking structure or lot. Istead of a wall of faux windows on 25th St. how about real windows and the front doors? Sure customers will have to walk a few extra steps from their cars but traditional urban retail always seems to prevail both in the City and in the Suburbs. On 24th St., it seems that with the naturak slope downward between 25th and 24th St. the parking deck will dominate the landscape. But what if part of the top level of the parking deck were put to good use? Remington, under this plan is having a lot of National Retailers shoved down its throat and it's always prided itself on home grown business. So, why not incorporate that into the design? I'm thinking on Weekends we use a section of the upper parking deck for a Farmers Market and a Seasonal Florist. This will help 24th st. appear more lively and will put a local stamp on what is currently nothing but chains. East of Howard St. on 24th st. I'm not sure if the Marshalls and Staples will face the street or the parking lot. If they don't, they need to. On Maryland Avenue, the neighborhood retail does face the street, lets keep it that way. The homes over top of the retail do not face the street, lets make it so they do. Howard St. above North Avenue (and below it) is a traffic nightmare. I don't know what can be done to fix this but I do think that as the Central Spine of this new development, it should receive streetscape enhancements like brick crosswalks, planted medians, upgraded bus shelters, new traffic signals with "countdown"pedestrian signals should be considered for all streets involved. 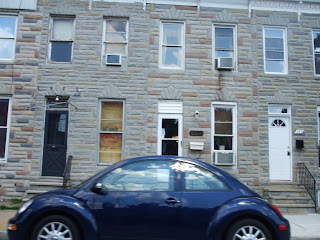 Now most of this post obviously focused on the Anderson redevelopment but not much on Residential Remington. One big reason is because Residential Remington is a grass roots effort that's growing very fast and healthy. I still have an idea or two up my sleeve. First off, Remington is surrounded by "famous neighborhoods" with attractions while Remington holds more of a "Best Kept Secret" Status. It has a great youth group, something other Baltimore Neighborhoods can take a cue from, and a very friendly diverse population. Baltimore, to outsiders isn't known as being a Friendly City but I haven't met a Remington Resident who isn't anything less than pleasant and welcoming. Charles Village has the Painted Ladies, Hampden has the 34th St. Lights and the Avenue, and Station North is burgeoning Arts & Entertainment District. What can give Remington its distinction? How about landscaping? Baltimore always prides itself on having the wackiest and tackiest decorations like the Painted Ladies in Charles Village and the 34th St. Lights in Hampden but no Neighorhood has come out with the wacky tacky front yards. It can range from shaped hedges, lawn gnomes, things spelled out in feritlizer anything your imgaination can dream up. That will put Remington on the map and give it a greater identity. 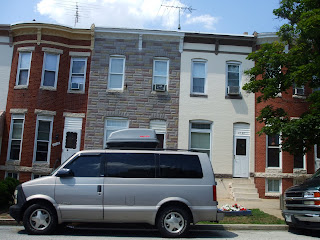 Since I last wrote about Remington, I laid out a Master Plan that appears to be well followed, now with the Anderson Automotive Redvelopment "fixed" and some wacky tacky lawns Revisting Remington was a great visit. I hope you'll have me back soon! 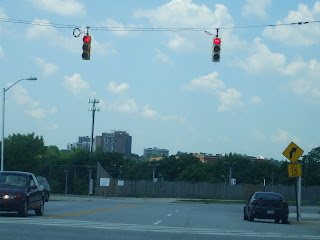 Jack I had to delete your comment because of the language. But if you tell me what you don't like about this or any other post you're than welcome to, provided you don't use bad language.

I am wondering about the safety of rowhomes on 28th block of Huntingdon Ave. Would truly appreciate a response.

I am a prospective tenant.