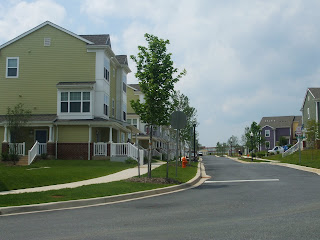 It's comforting to know that in the throws of the worst economic recession since the Great Depression there's still housing in Baltimore that's selling like Hot Cakes. What the secret? Well it's a no brainer, quality, safe, affordable housing, located near major highways for an easy commute. Good Affordable Housing is still an undeserved market in Baltimore. In addition to a great community when buying quality affordable housing there are a lot of additional tax credits or first time buyer credits to take advantage of. Now what is the name of this magical land in Baltimore that is supposedly recession proof? Orchard Ridge 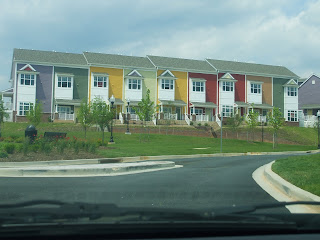 Located along Erdman Avenue near Edison Highway, Moravia Road and Interstates 95 and 895 the location location location aspect is pretty firm. However, Orchard Ridge was not always a gleaming new development off 444 Apartments and Town Homes. 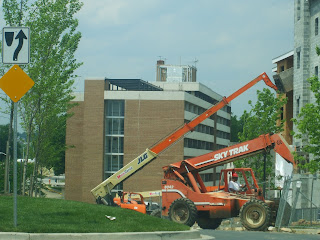 Before Orchard Ridge, the site was occupied by two blighted public housing developments; Freedom Village and Claremont Homes. Combined the site played host to 752 units 600 in low rises and 152 in a high rise. Currently, part of Claremont Homes still stands with 292 units yet to be demolished. This far east corner of the City, just of Belair Edison hosted other public housing developments whose fate was met in entirely different fashions. First there was Hollander Ridge, which was the City's newest High Rise Complex opening in 1975, it also had the shortest life span having been imploded in 1996 in favor of Office/Industrial Flex Space. Armistead Gardens was and is a neighborhood of bungalows and duplexes. It was once public housing but the residents formed a co-op and bought the neighborhood from the City in the 1950s. Residents of Armistead Gardens have 99 year leases on their homes as part of the co-op. 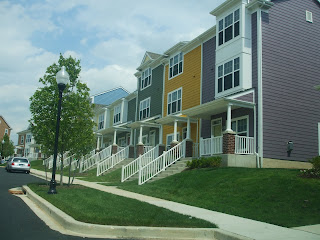 Now back to the topic at hand. Freedom Village/Claremont became the only public housing development in the area. Although it had begun to suffer from urban decay and blight, it remained contained to itself. No matter, blighted public housing developments in this day and age are being torn down at an alarming rate in Baltimore, many with no plans to redevelop in the future. The Freedom Village/Claremont Homes site did have a plan to redevelop and it's being executed wonderfully. 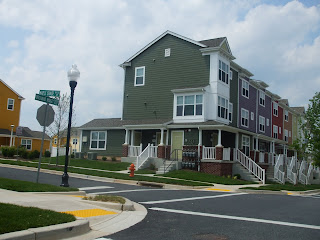 Orchard Ridge, or the Townes at Orchard Ridge or the Residences at Orchard Ridge depending which section you're speaking of is a picture perfect mixed income community in the making. The first units went up for sale at a time when most developers nation wide were scaling back and or abandoning projects all together. The developers of Orchard Ridge knew the pent up demand for quality affordable housing wouldn't go away with the onset of a housing market fueled recession, if anything the demand will go up. 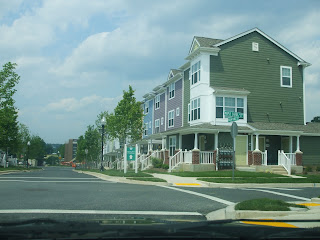 And so it came to be the recession proof town homes at Orchard Ridge began coming on the market as buildings were completed. They didn't stay on the market long what new home would with prices ranging from the $130s to the $270s? Civil Servants, Teachers, Fireman, Police Officers, Hospitality Workers instantly recognized the dream that slowly eroded America's Middle Class; Home Owenrship. Many people didn't wait until a home was complete to buy. Sections were sold out before the foundations were even poored. This once forgotten section on the eastern end of the City has become a hot bed for new Home Owners in an age of foreclosure and Orchard Ridge, hopefully is just the beginning. 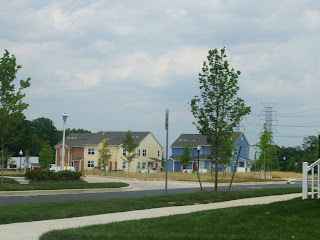 Just south of Orchard Ridge lies Orangeville. Orangeville is an old industrial area that got lost in the post industrial area in the latter half of the 20th century. Its weaknesses can become its strengths, the MARC tracks that run through it can make for the location of an East Baltimore MARC Station, the Red Line will most likely have a stop here, and all the land banking here will make for upscale mixed use TOD. What does all this mean for Orchard Ridge? Orchard Ridge could in fact become linked to Orangeville thus ceasing its Status as a mixed income community. It will become so sought after that original buyers in Orchard Ridge can sell for up to three times what they paid for it ten years down the road. 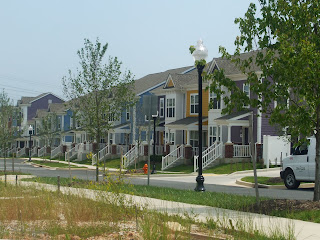 For now, Orangeville is just a pipe dream and Orachard Ridge from formation in 2008 until its completion in late 2010 can marvel in the fect that it's completely recession proof. 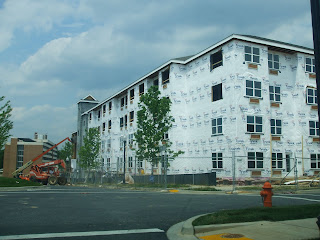 The Red Line will not have a stop in Orangeville. In general, I enjoy reading your blog entries.

Actually, the Red Line Stop "East Baltimore MARC" just above Bayview is technically Ornageville. It's not labeled Orangeville but that's where it is.

Just came across your blog while doing some research. I think that you'd enjoy the DVD we produced and released recently with the Baltimore Museum of Industry titled "The Port that Built a City and State." It's about a TV series produced from 1950-1965 by Helen Bentley about the Port. Good Luck with your blog
Mike

That is a very nice neighborhood.I don't want to see it get as bad as the rest of the city.

Your kidding right??? My family lived there in the mid and late eighties and all they did is built over the same shithole..... Most of the tenants are the same ones who lived there before and section 8 voucher holders so I don't know what your definition of American dream is but it seems more like the American handout... Give it about fi e years and do an update

Do you have any comments on the Development of the area?

I am trying to find pictures of Claremont in the late 50's or early 60's.

I am trying to to find pictures of Claremont Housing Development from the 1960's. Can you help or point me in the direction of someone that can.

Why is Hollander Ridge still just a business lot .