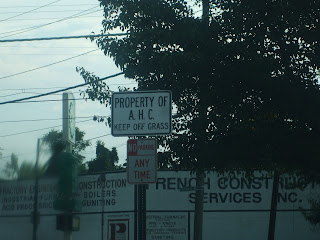 The first post I did regarding Armistead Gardens I posed the question of whether the "experiment" of turning a public housing project like McCulloh Homes into the hands of its tenants by making it a Co-Op. Since then, my opinion has shifted away from a Co-Op at McCulloh towards a redevelpment of the site, mostly due to the fact that I learned that Uplands had been a CoOp. 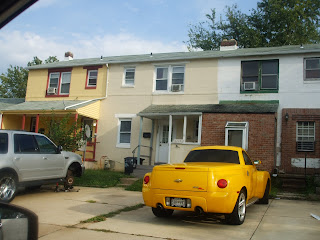 That post landed a lot of comments from Residents of Armistead Gardens both past and present blasting the Co-Op and the Neighborhood in general. Comments saying that the Co-Op is racist or fines Residents for not making repairs they can't afford or that the Nieghborhood has
become an open air drug market and that Kids who have grown up there become addicts and that those currently living there want nothing more than to get out. 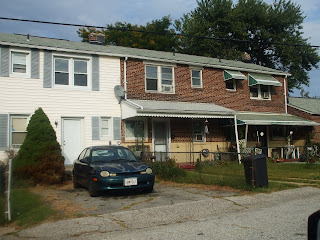 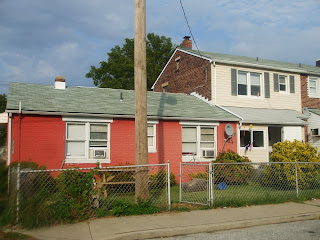 Originally Armistead Gardens was a product of World War II. It was Barricks for the now defunct Fort Armistead. After World War II Armistead Gardens, like other Barrick housing development such as O'Donnell Heights and Cherry Hill, it was converted to Public Housing.
Unlike the other aforementioned developments, Baltimore wanted to get rid of Armistead Gardens from their Public Housing Portfolio in 1955. It was then that the City turned Armistead over to its Residents who in turn formed a Co-Op in which Residents owned their homes but were automatically subject to a 99 year ground lease. 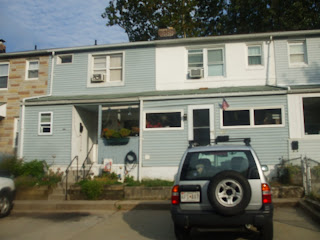 Armistead then became a very tight market. There are some homes that have never been bought or sold since 1955, they've just "stayed in the family" for generations. There has been very little influx in 20th century Armistead Gardens. Between 2000 and 2010 there has been more influx than in previous decades the almost all White Armistead has seen a rapid increase in Hispanic Residents in the past 10 years. 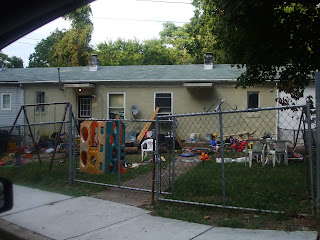 There are several theories as to why Armistead Gardens has gone down hill, one is that there is a lack of influx, another is that the Hispanic Influx has had a negative effect, another is that the tear down of Neighboring Public Housing developments Freedom Village, Claremont Homes, and Hollander Ridge have had a "spillover" of their crimes into Armistead. Whatever the cuase may be for the decline of Armistead, it appears as far as my readers are concerned, that redevelopment might be the only choice. 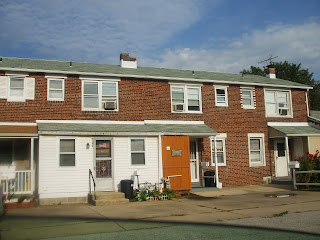 One big reason I'm choosing Armistead as a potential redevelopment site is its lcoation. I forsee the far east side if Baltimore from Herring Run Park to Hopkins Bayview being transformed into a TOD haven. My reason? The Red Line and the East Baltimore MARC Station that comes with it. The Bayview stop on the Red Line is the proposed location of the East Baltimore MARC. One thing that's misleading is that the "Bayview" stop is actually located in Orangeville just north
of Bayview. 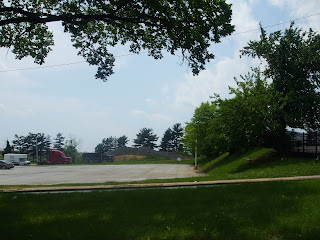 Orangeville, for the most part is a 20th Century Industrial Park with varying degress of occupied land. There are also a few houses in a very small residential enclave. There is plenty of vacant land in Orangeville that could be rezoned into mixed use high density residential with ground floor retail with improved "Office Flex Space" and an Indutrial Overlay so as not to kick out remaining Industry.Orangeville, in addition to being located directly north of Bayview, it is also directly south of Armistead Gardens. Armistead Gardens would be just included as part of the Orangeville Redevelopment. 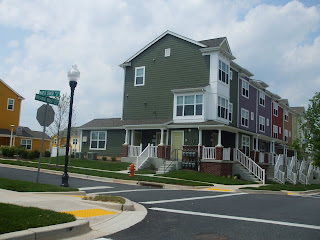 I always envisoined a redeveloped Armistead as a higher density alternative to Orchard Ridge which has replaced the Freedom Village and Claremont Homes Pubic Housing Projects. The densities would be exchanged from the original land uses seeing as Armistead is low density and Freedom Village and Claremont Homes were High Density that have since been redeveloped as the low density Orachrd Ridge. It only seems fitting that a redeveloped Armistead be high density. The Orangeville Armistead area is poised for big change thanks to the Red Line and East Baltimore MARC Station. 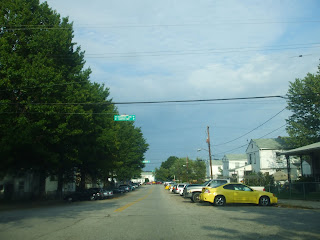 Seeing as Armistead Residents have shown very little Neighborhood Pride and sentmenality please join them and myself when we say; Adios Armistead! 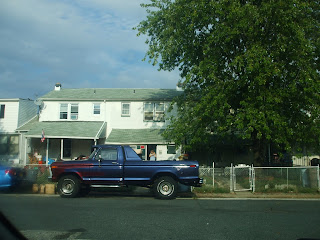 Of all the dumps in the city, you want to rip down Armistead? We've lived there almost 5 years now. It took some adjusting, but I would rather live no where else. If you were to survey all of those so-called Armistead haters, you would very likely find that few if any have lived anywhere else within the last 15-20 years. It is not perfect by any stretch, but it seems that the local public school is doing very well for itself, the corporation rules and judgement thereof are reasonable (at least compared to what I hear of Columbia), and frankly, you can't live cheaper anywhere else and not think about dodging bullets!
We've got a lot of cranky seniors in here, we've got a lot of social "waifs" who come back to live with their parents after trying it on their own, we've got some rather extreme poverty, an unusually large contingent of Republicans for the city, and we've got the usual drugs. Still, I have a very, very difficult time thinking it's so bad. So many people here really don't appreciate how well they have it, and how easy the Armistead life is in comparison to so much else, especially within the city limits.
About the repairing your home business - yes, they are strict on this, and it doesn't seem to be uniformly so. BUT, they are not strict enough in many cases. Having gone through some of this myself, I think $15K for a complete bathroom rebuild done by a professional licensed contractor is reasonable. That is what it will cost. They cover the roof, the water heater. You need to paint or side it. Again, you can't get by with taxes alone in many similarly sized places in the city, and here you get electricity, water, sewer, big maintenance all included. The CoOp model is the way to go, I don't know what happened with McCulloh or Uplands, but find it difficult to believe unless the management wasn't up to the task.