The Not So Concerned Citizens 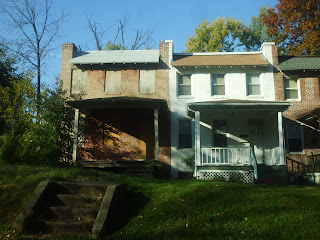 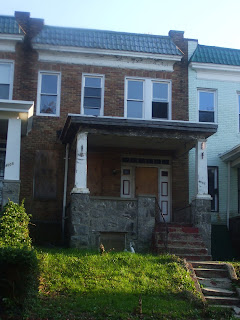 Ironically of the Neighborhoods consisting of Forest Park, the one whose name suggests it to be the most stable, that very Neighborhood is the most distrsessed. I'm speaking of course about the Concerned Citizens of Forest Park (CCOFP). CCOFP south of Forest Park Avenue, north of Wayne Avenue, East of Lyndhurst Avenue, and west of Garrison Boulevard. 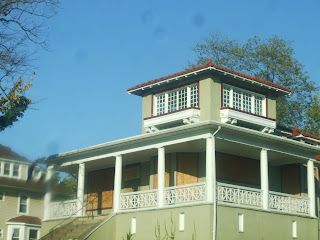 This Neighborhood, unlike the rest of Forest Park is almost all Row Homes with a few Single Family Homes mixed in. My educated guess is that some of the Single Family Homes were once sprawling Estates that were subdivided into Row Homes that now make up CCOFP. The Single
Family Homes for the most part appear older and distressed. 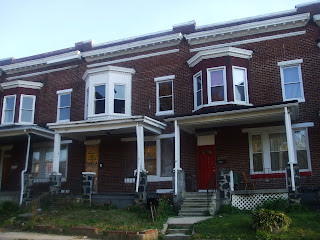 CCOFP's state aside, Forest Park packs a lot of punch in its name. It is very easy to look past the lack luster Retail selection and see the character of the homes, the relatively low crime, and the many parks in the area such as Leakin Park, Lake Ashburton, and Forest Park Golf Course. It's easy to see why Forest Park acts as a destination and how the name speaks of an affluent area. 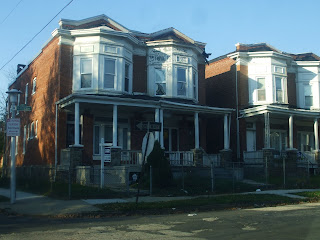 So how did CCOFP get this way? Could it be that it's primarily Row Homes and not Single Family Homes? My theory is that it's BECAUSE Forest Park thought of as an enclave for the Middle Class and Upper Middle Class that the condition of CCOFP has remained under the radar.
It's hard to imagine that Forest Park or anything tied to its name could have ditsressed housing stock or a high vacancy rate. I wasn't aware of it myself until I spent some time there delivering
literature on foot. I was honestly shocked but it gave me the idea for this post so it can't be all bad. 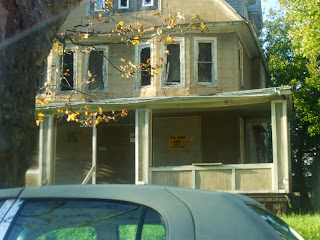 Forest Park, being in the position that its name sells, would bode quite well to newly redeveloped housing stock selling well. CCOFP is in a state where I feel redevelopment is the only option. I also think it well speak well to the area having some new housing stock added to it. Now what par of CCOFP would I slate for redevelopment? All of it. Yes all of it, the Neighborhood is small enough that it could be amcomplished relatively easily. It also has a low home ownership rate
as compared to Neighboring Areas. 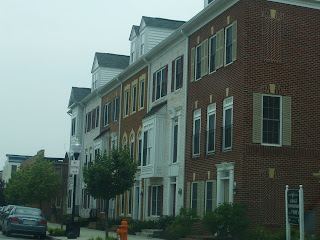 Now what type of new housing stock will replace the aged housing stock in CCOFP? New Town Homes. They will be large in size complete with a two car garage in the rear that will go along with Baltimore's "classic row house alley." Town Homes will be featured in the new CCOFP except along Garrison Boulevard where Apartments like the new Senior Apartment Building will be built. 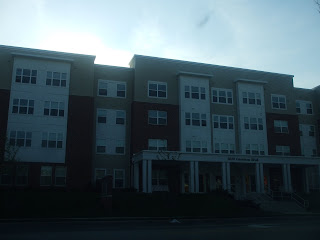 I know that the redevelopment of an entire Neighborhood seems like a drastic step but condsiering how small said Neighborhood is and how it stem the tide if urban decay that may easily plague the rest of Forest Park if intervention isn't done in CCOFP. I mentioned how unlike the rest of the Neighborhood that Garrison Boulevard will have Apartments on its frontage. Perhaps this opening a door to a future post? 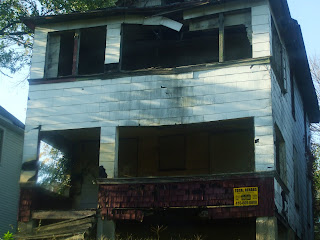 Great post and thanks for sharing these amazing pictures. We offers townhomes in lowry. So, contact us for more details.