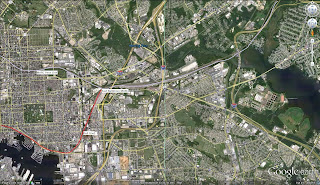 As promised I'm following up on my previous post by writing about the new development opportunities made possible by demolishing I-895 north of its I-95 intersection, and downgrading highways like Edison Highway, Pulaski Highway, Moravia Road, and Erdman Avenue. New development will be centered around the proposed East Baltimore MARC Station and the Red Line Stop at the same location. Hopefully this new development in Far East Baltimore will have a domino effect and breathe new life into ailing Neighborhoods in East Baltimore. 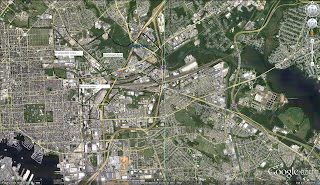 The dividing Far East Baltimore into Neighborhoods will be used more in this post than in the last one. Once again the areas are as follows; the Orangeville Area, the Armistead Area, the Kresson Area, and the Pulaski Area. Given that the core of the Orangeville Area remains an
active and thriving Industrial Area, redevelopment won't occur hear until that is no longer the case. 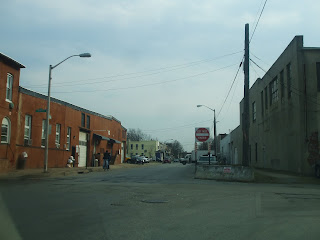 First off is the Kresson Area. It extends all the way down to Lombard St. in Greektown and Bayview. It won't achieve a complete connection to those areas because there are still active train tracks in use. With I-895 gone, the area can be stream lined into high density TOD given that the East Baltimore MARC Station and Red Line stop will be closest to this area. A little known anomaly is that there is a small very old Row House Neighborhood known as "Kresson" these Row Homes will be preserved and occupied homes will remain as such. This small Community will be named "Historic Kresson." Housing types will be Apartments, Condos, and converted lofts from attractive warehouses. 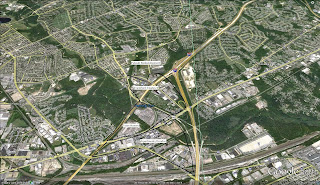 Next comes the Pulaski Area, this will feature a diverse array of housing options. This is in the general area of the former Hollander Ridge public housing high rise that was torn down in 1995. The ability to build new housing here will improve greatly by the demolition of I-895. Again the area closest to the new MARC Station will be the highest density with density decreasing as one moves further from the Station. 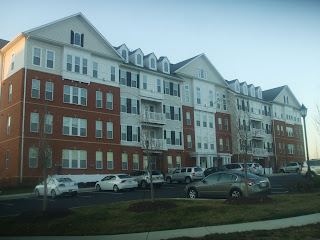 The area bordered by Erdman Avenue will feature Apartments and Condos while the area by Orleans St. (nee Pulaksi Highway) will feature Town Homes not unlike those found in Orchard Ridge. 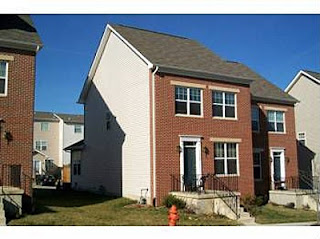 Finally north of Moravia Road will be an extension of the development "Frankford Estates." This new development features Single Family Homes
on small lots in a compact urban design. 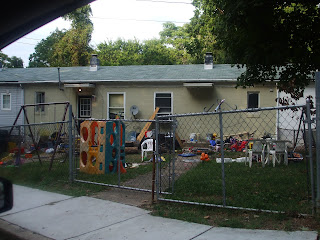 Although the Armistead Area was covered a few posts back in "Adios Armistead" I will still summarize for the purpose of this one. Armistead Gardens is a former public housing development turned Co-Op which, according to Residents who have commented on this blog, has
seen better days. 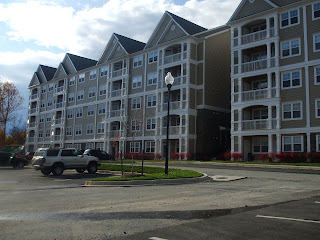 In order to recoup the density lost from Freedom Village and Claremont Homes' demolition, the new Armistead Gardens will be entirely mid-rise Apartments and Condos. Work will be done in phases. 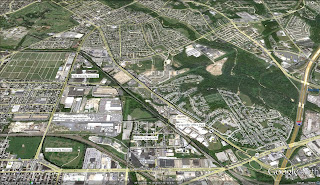 The last area of Far East Baltimore is actually the most centrally located. I have advocated for high density TOD in Orangeville for almost five years now and that was the subject of one of my very first posts. Orangeville, unlike other areas of Far East Baltimore still has some thriving industry. It also has some industrial wastelands that are ready for redevelopment now. The area east of Edison St. (nee Highway), west of the CSX Tracks, north of the Amtrak tracks, and
south of Federal St. will be spared until Industry is no longer viable, then and only then will this area be redeveloped. 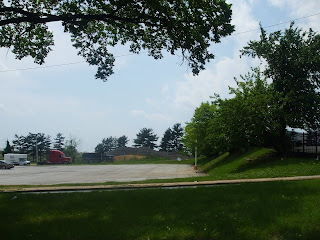 There are some areas of note here, like the small development of Single Family Homes, they will never be redeveloped and will be known as "Historic Orangeville." There are also a few land banks here one of which was supposed to be developed as a suburban big box center. That would be a big mistake for an area I'm trying to build up as a new urban area. The areas that warrant redevelopment are the parts facing Erdman Avenue east of the railroad tracks and the area above Federal St, below Sinclair Lane, between Edison St. and Erdman Avenue. This will be redeveloped as an Office Park with underground parking. This will add to the mixed use aspect of Far East Baltimore. The Offices facing Erdman Avenue will have ground floor Retail. Portions west of Edison St. will be residential, town homes that mimic existing Row Homes. 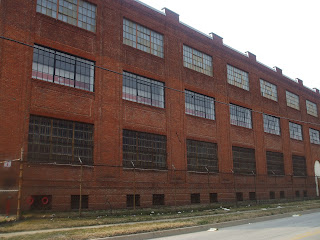 Well, I've created an entire new district of Baltimore City. Hopefully this area will be sought after enough to breathe new life into existing distressed Row House Communities nearby. Given how few Residences there are here, the new Residences built here will be straight population growth for the City.
Posted by Spence Lean at 1:00 PM

Where would this East Baltimore MARC station be? How would it connect to the Camden or Penn lines?

The Red Line would go from Boston St. north bound between Highlandtown and Greektown on existing elevated tracks where it meets the MARC Penn Line thus the East Bltimore MARC Station is born.

Sac Hermes Kelly Autres said...
This comment has been removed by a blog administrator.
March 3, 2012 at 2:45 AM

the stuff about kresson u posted is this facts? or something you just made up? where could i see future plans for kresson at?