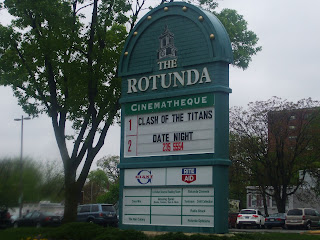 After years of insisting that they would not be closing and that they were on board to stay on during and after the Rotunda's redevelopment, their anchor Giant will be closing at the end of the month. Not only that, redevelopment has been in the works for the rotunda for quite some time with no physical changes to the aging and increasingly vacant enclosed Shopping Center. Now in the wake of the news of Giant's departure, owners of the Rotunda are reviving the redevelopment plans that have gone off track after the economy collapsed almost verbatim with 300 Apartments, Community Green Space, New Retail, and a much larger Cinematheque. I think the redeveloped Rotunda could be a winner assuming they find a new Grocer and construction actually begins. 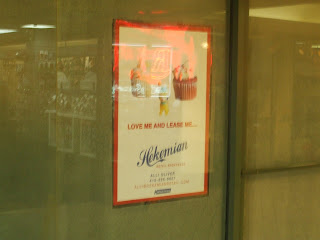 Although Giant's closure will stall redevelopment as property owners scramble to find a replacement Grocer, I think Giant's departure is beneficial long term. With the new Waverly Giant on 33rd St. just east of Greenmount, and the Rotunda Giant being so large, I don't think both stores could compete with each other. With the Giant moving to the old Superfresh in Hampden on 40th St., I think that small distance move will define two distinct Markets for each store. Hampden and Medfield Residents didn't appear to be too keen on Fresh & Green's (now occupying Superfresh) high prices and are very happy to see Giant taking over their space. 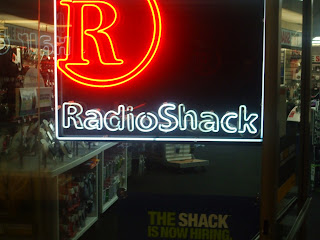 The Rotunda Cinematheque has had a checkered past in that it has opened and closed at least once if not more. When the Mall opened in 1971, the Cinematheque was just one screen as large multiplex cinemas had not become the norm yet. I don't know exactly know the date of the Cinema's closure but I do know that it reopened with two screens in 2005. In 2005 there were already talks of redeveloping the Rotunda. The current Cinema doesn't play first run movies and isn't owned or managed by a large distributor like United Artists or AMC. 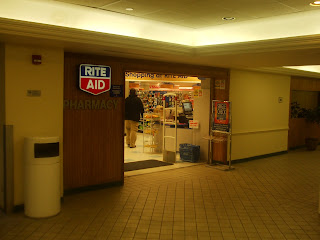 One thing that is needed for the Cinematheque is more screens as large multiplex theaters are almost unheard of in the City. It should have 10 screens so as not to have the same movie playing on several screens like the 20+ screen multiplex in Arundel Mills. This should be a crucial piece of the Mall's redevelopment. 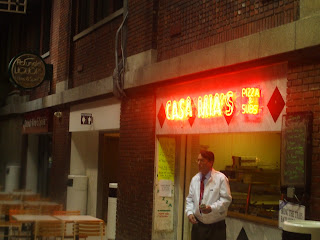 I'm afraid that in the short term that existing Retailers like Casa Mia, the only eatery left in the food court has a bleak future. Since redevelopment won't occur for a couple of years and with the Giant closing, sales have already been dipping and with a vacant Giant they will only continue their downward trend. I can only hope that they can survive long enough for redevelopment so that they can enjoy the benefits. According to the Rotunda's owners there are small Retailers who are interested in leasing space in the redeveloped center but of course that's a ways away. 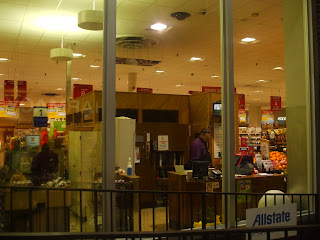 Now as far as attracting a new Grocer to the Rotunda the obvious candidate has said no; Trader Joes. Given that the Rotunda's owners want a small "boutique Grocer" like Trader Joes it makes their choices in selecting a replacement a great deal harder. Given that the Bloom chain has gone out of business that adds another potential possibility that is no longer. The Fresh Market has "not made an announcement" which is better than a flat no that Trader Joes has given the Rotunda. 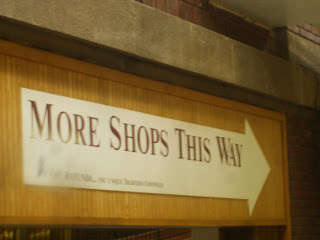 When selecting a Boutique Grocer like Trader Joes or the Fresh Market one can stumble upon independent or less known chains of the type. In Columbia's Wilde Lake Village Center we have David's Natural Market an independent Organic Market like Trader Joes that started out in a tiny space but has expanded so many times that it is now the size of your typical Trader Joes. In Clarskville and Olney we have Roots Organic Market, another Market that fits the bill of Boutique Grocer. Finally we have MOMs (My Organic Market) a chain that may not be as upscale as Trader Joes but size wise and selection wise it would be a good fit for the Rotunda. 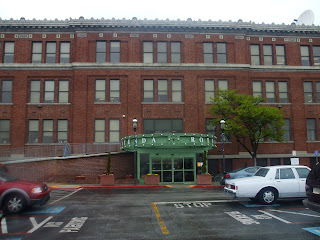 Now when plans for redeveloping the Rotunda were in their infancy, the residential component was much larger including not only Apartments but Condos and a Hotel. As the economy tanked so did the size and sacle of the Rotunda's redevelopment. Now that our economy has bottomed out and by the time the first construction shovel hits the ground, we should be well into a recovery. Given that economic forecast I believe the Residential component of the Rotunda should once again be expanded to include Condos and the Hotel to increase density on the site and add new Condos to an area where new Condo construction is sparse but the demand is high. 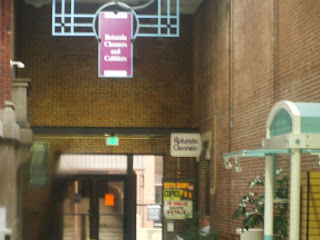 Redevelopment for the Rotunda has been in and out of the news so much that until Giant announced it was pulling out of the Mall that I figured redevelopment prospects had died. Luckily the owners have found the sense of energy that was lacking and it appears redevelopment has revived. Now lets breath some life into this relic. 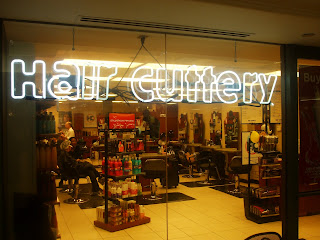 I happen to be fortunate enough to be involved in the community advisory committee formed by the developer, as I am the president of Medfield.

Just a couple notes - it is our understanding from the recent forum held by the developer, that they will likely not actively pursue a replacement grocer until the redevelopment is complete, as it would be challenging to recruit a tenant only for them to have to vacate their space during redevelopment.

Also, not sure if you're aware, but the cinema is opening a 4th screen soon, so they are definitely moving in the right direction.

The developer had preliminarily indicated that they wanted to begin ASAP and that they have financing secured to do so.

Also, I would be interested to see a "follow up" analysis from your perspective, on the Hampden/Medfield corridor in general. A lot is really starting to happen in this area, with a new restaurant openeing every few months on the Avenue, the Rotunda plans, and the plans down at Mt Vernon Mill #1. This area is really becoming a hot part of town right now and is substantially different than it was even as recent as 5 years ago when I moved here!

Gary, I would leave to hear some of your thoughts on Medfield shoot me an email Spencelean@gmail.com

I think that the Rotunda's problem has always been that its in a bad spot. Its just a little too far walking distance from much of Hamden.And just a little too far from The Avenue. And its too near the border between Medfield and Hamden.Which isnt a very active area. Btw, in my opinion, Casa Mia makes the best pizza in Baltimore

Gary I just might have to do that follow up post per your, request. I have been wanting to reinvent the Jones Falls waterway for some time to shed light on the old Mill Villages buried by the expressway.