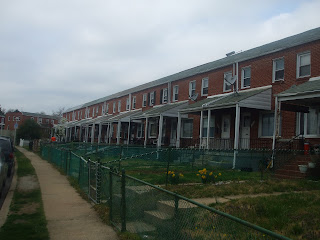 I was lucky enough to get a view of Gwnns Falls through the eyes of a Resident and Community Activist, he had hopes that I would write a post about Gywnns Falls and the surrounding Wilkens Avenue Neighborhoods. Well I'm sorry to say that after our meeting, I didn't get an idea for a post, I got ideas for three! 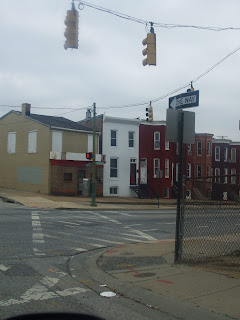 It's no secret that Wilkens Avenue has suffered from population loss and severe disinvestment for decades on end. Boarded up row homes and Neighborhoods with Vacancy Rates up to 45% are just part of the landscape and appear not to be a cause for concern. A lot of this population loss can be attributed to White Flight in the past 12 years and what looks to be re segregation as a Black Area. These tell tale signs of Neighborhoods in severe distress are very upsetting to me given how much I love Baltimore and all of its Neighborhoods. Luckily for me and Wilkens Avenue, there is a sign of hope and its name is Gwynns Falls.
I have gotten a few comments and emails regarding the victories of Gwynns Falls including the fact that it fosters a very diverse population, there are signs of investment, the lower than average crime rate, having the Southwestern Police Headquarters located in the Neighborhood, and even a few Commercial/Industrial uses that are still thriving. Gwynns Falls is still far from perfect, there are still vacant homes, messy alleys, and a lack of City Services like dependable garbage pickup and roads in need of paving. Take a ride around the Neighborhood like I did with a Resident who contacted me regarding Gwynns Falls and I quickly realized that Gwynns Falls was not your average Wilkens Avenue Neighborhood. 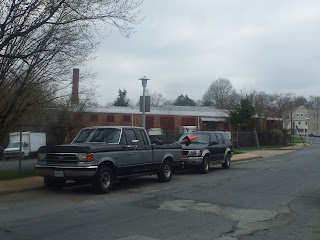 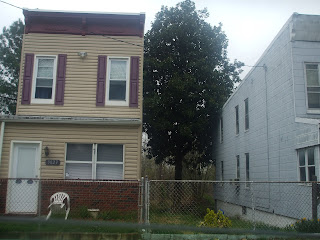 The story I'm about to tell is one that I've told in too many of my posts but it's one that echoes the decline of Baltimore as a whole. As Industry cut back along Wilkens Avenue, the once neat and tidy Row Homes began showing signs of blight as Residents became unemployed. Some Residents opted out of the Neighborhood all together leaving their homes vacant and boarded up. On the industry front, companies began modernizing their plants which eliminated still more workers and in some cases shut down and out sourced to other Countries. This had disastrous effects on Wilkens Avenue and its Neighborhoods. 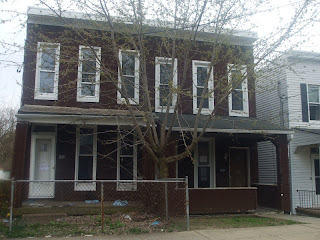 Neighborhoods like Mill Hill, Carollton Ridge, and Mount Clare felt the effects of Community disinvestment with vacant houses, declining population, white flight, and a spike in crime. Gwynns Falls experienced all these things as well, just not as drastically as its Neighbors. So that begs the question; why? What has made Gwynns Falls so special? Gwynns Falls is home to the Southwestern District Police Headquarters, that's a big thing. I have a feeling that has deterred countless crime and drug problems that have plagued other Neighborhoods. This safety net then allowed Residents to stay in their homes rather than flock to the suburbs which lowered the number of vacants and lessened the White Flight as well. Another promising sign for the Neighborhood is that there is a Commercial Laundry Facility located in the middle of it. 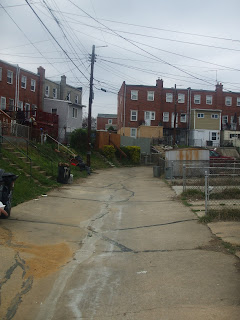 Today Gwynns Falls is seeing a few budding signs of reinvestment. Its demographics are pretty much an even split between the White/Black Population although new White Families are moving here suggesting that White Flight isn't a factor. There is also a burgeoning Hispanic and Mennonite population. The Homes being repopulated are seeing lots of investment like white picket fences which has caused existing Residents to fix up there homes as well. A blighted vacant lot has been turned into a Community Garden which has transformed the space from eyesore to asset. There are a number of vacant homes that existing Residents are interested in buying and fixing to sell as newly renovated homes. I think with the Greater Baltimore Area with defecit of affordable housing, I think Gwynns Falls could be looked at as an alternative for those who may have overlooked it. 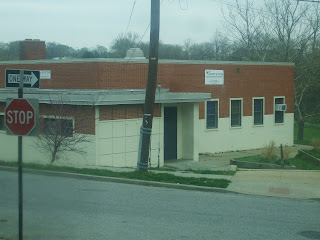 Another Gwynn Falls attribute is its Recreation Center with Basketball hoops. There used to be a swimming pool here but the threat of integration in the 1960s or 70s caused the pool to close. I think as a way to encourage growth would be rebuild and open up the Pool which would be a draw not just for Gwynns Falls Residents but for surrounding Wilkens Avenue Neighborhoods now that they're all integrated and a diverse array of races sharing a pool is not as big a deal as it was 40 years ago. The biggest problem seems to be sanitation issues, the City isn't reliable with trash pickup and streets and alleys are littered with stray trash. My friend who introduced me to Gwynns Falls spends a lot of time picking up trash on his block but he's only one man and can't do it alone. Hopefully others will follow in his footsteps soon or better yet stop littering all together. 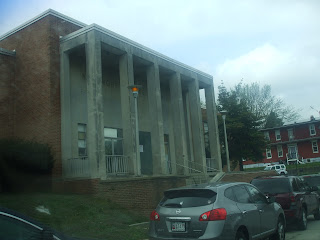 The Southwestern Police Headquarters, Recreation Center, Investment instead of Disinvestment, Commercial Laundry Center and No White Flight? It's all too obvious that Gwynns Falls is not your average Wilkens Avenue Neighborhood. 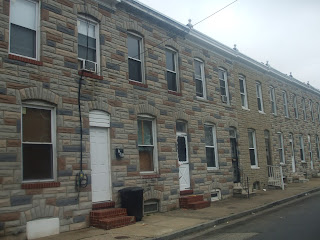 Where has your blog been all my life? I drive around pondering these neighborhoods and wondering how they started, who they were built for, when and if they ever were proud and clean, and what the future holds for them. Will they be demolished? Will new life be breathed into old buildings and tiny, decaying structures? Can neighborhoods recover from what seems like near-total abandonment? So many questions and so few answers. Thank you for documenting and publishing your thoughts.

It's hard to know if or how these Neighborhoods will recover that's why it's important to learn how they got to where they are so history doesn't repeat itself.

I'm am really appreciative of this blog I've been trying to find historical information specifically associtaed with the history of Baltimore's neighborhoods. I'm very interested in history and I can tell that many of the neighborhoods in Baltimore used to be glorious spectacles. I can't really find anyone who cares to say much about this topic (esp. In my age group &demographic) which is why I opt to look up info on my own. This blog is wonderful.