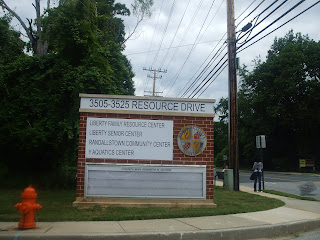 Riding on the coat tails of my Liberty Road East post and its introduction of a class system of TOD I give you Randallstown or Liberty Road West. Randallstown is similar to Liberty Road East in that it's in between the Green Line and the Proposed Red Line and is cluttered with dated Apartments and Retail that can be upgraded to better serve wealthier demographics of the area. Whether or not a Class B TOD system is put in place, for Randallstown a rebirth is much needed. 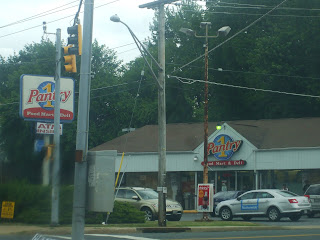 The further away from Liberty Road one gets, the lower the density, there one will see Single Family Homes of varying ages and sizes that are well kept with nicely manicured lawns. The closer to Liberty Road one gets, you will find outdated Apartments and dinghy Retail. It's quite obvious that I will only focus on Liberty Road in this post because that's all that needs to be tweaked and tweak it I will. In addition to redeveloping Retail and putting in better tenants, I will also redevelop the old Apartment Complexes with mixed use mixed income housing as well as New Schools replacing the ones already there. Randallstown will then be the crown and jewel of Baltimore County. 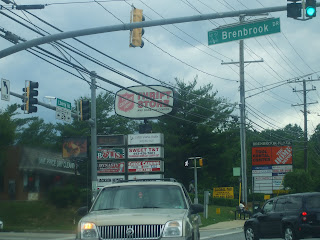 Liberty Road West will consists of two new Down towns or Town Centres if you will first there's Downtown Milford which is close to the Beltway. In order to make this a reality, a lot of homes and businesses would have to be moved but I think the end result will be that of a streamlined master planned community, something that the area is currently lacking. First, the Giant at Liberty Road and Milford Mill Road is ancient, not only that it doesn't face Liberty Road. The best thing to do would be to tear it down and build a new one that faces Liberty Road with a parking lot behind it. All attached businesses will also face Liberty Road. 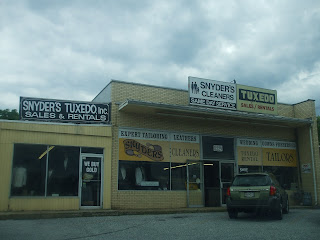 At the intersection of Rolling Road and Liberty Road, Scotts Branch Elementary will be rebuilt across Rolling Road from Ollie's. The Shoppers Food Warehouse next to Oliies will be turned into a Harris Teeter, the area's first. The Rockdale Gardens Apartment Complexes will be redeveloped and replaced with new high density, Apartments, Condos, Town Homes, and 2 over 2 Town Homes with density decreasing as one gets further away from Liberty Road. 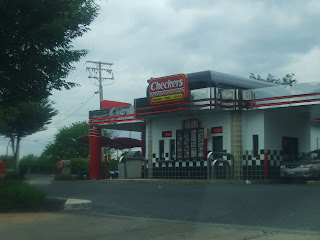 The last big project will be the new Milford Mill High School. The new building will be located where the current Dunhill Village Apartments currently are, the fields will remain at their current location, and the new Dunhill Village Apartments will be where the current School
building is. A smaller project would be to redevelop the dated office condos behind the McDonalds at the southeast quadrant of Liberty Road and Rolling Road with a state of the Art Business Park with better accessibility from Liberty Road. 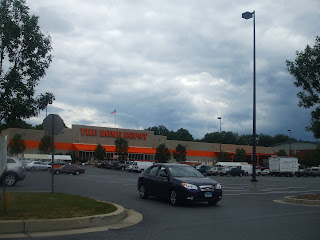 Next will head down to Randallstown where a Town Centre of sorts is already taking shape at Brenbrook Plaza. This Shopping Center which had stood vacant since the demise of Luskins got a new lease on life when a Home Depot opened several years back. One thing I take issue with is how suburban the Center is. When all of the Central Maryland Suburbs are rapidly urbanizing I think Brenbrook Plaza shouldn't be an exception. I think Brenbrook Drive should be the front door to the Home Depot and rebuild its parking on a swath of land behind Brenbrook Drive. 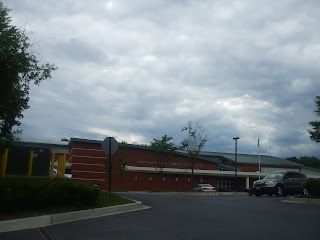 The remainder of the Plaza should be redeveloped with Liberty Road frontage and should take cues from Lockwood Plaza near the Harbor. Parking structures should be located behind the new Brenbrook Plaza and it should play host to new businesses like DSW Shoe Wharehouse, HH Greg, Home Goods, and Ana's Linens. Existing businesses will be part of the redeveloped Brenbrook Plaza as well. The Randallstown Community Center is located here too, adjacent to the Community Center should be a new State of the Art Branch of the Baltimore County Public Library currently across Liberty Road in the Liberty Court Shopping Center. There are old Apartments that are between Brenbrook Plaza and Northwest Hospital all of which I would have redeveloped with new higher density mixed income Apartments and Condos. 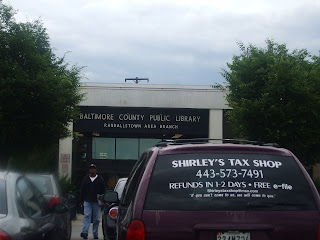 Other than demolishing the old Public Library Building, Liberty Court Shopping Center doesn't require much construction other than a modernized facade. Liberty Plaza on the other hand is ripe and ready for redevelopment. This was once anchored by a Valu Food, a chain that went bankrupt over a decade ago. The only real business here that is fenced off is the Marshalls, everything else has been vacated. Rumor has it that a Wal Mart will be coming here. I see no problem with that, as long as it has Brenbrook Drive frontage with a parking structure in the back. Now why not Liberty Road frontage? 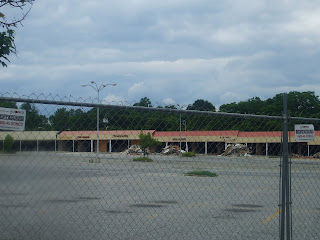 The Marshalls would have that as well as several similar sized businesses in another Lockwood Plaza style development. Ohers joining Marshalls should include Bed Bath & Beyond, Staples, Joann fabrics, and Dick's Sporting Goods. The Fire station across Brenbrook Drive will be redeveloped with Liberty Road frontage. One thing that's notable about Liberty Court and Liberty Plaza is the huge swath of land between that stretches all the way to church lane. This will be a great opportunity to introduce more new housing to the area consisting Apartments, Condos, Town Homes, and 2over 2 stacked Town Homes. Also included in the residential development would be the shuttered Car Dealership adjacent to the Fire Station. 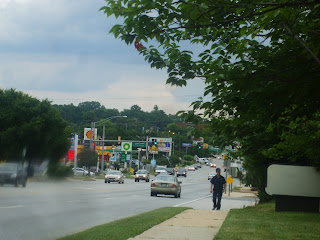 Now that I've explained the major projects out of the way, I do think existing Shopping Centers and stand alone Businesses not mentioned could use some updating and new businesses should include but not be limited to; Pier 1 Imports, Office Depot, Fielienne's Basement, Whole Foods, Chicos, Joseph A. Banks, Starbucks (more than one), Lifetime Fitness,BRG The Burger Joint, Five Guys, Panera Bread, Applebys, Olive Garden, TGI Fridays, PF Changs, Chammps, and Pizzeria Unos. I think with a tenant roster like that coupled with Class B TOD I think I can
dub Randallstown reborn. 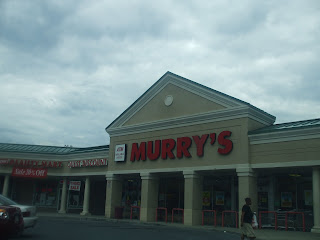