Baltimore's New East Side: Could Lving Near Hopkins Be Enough? 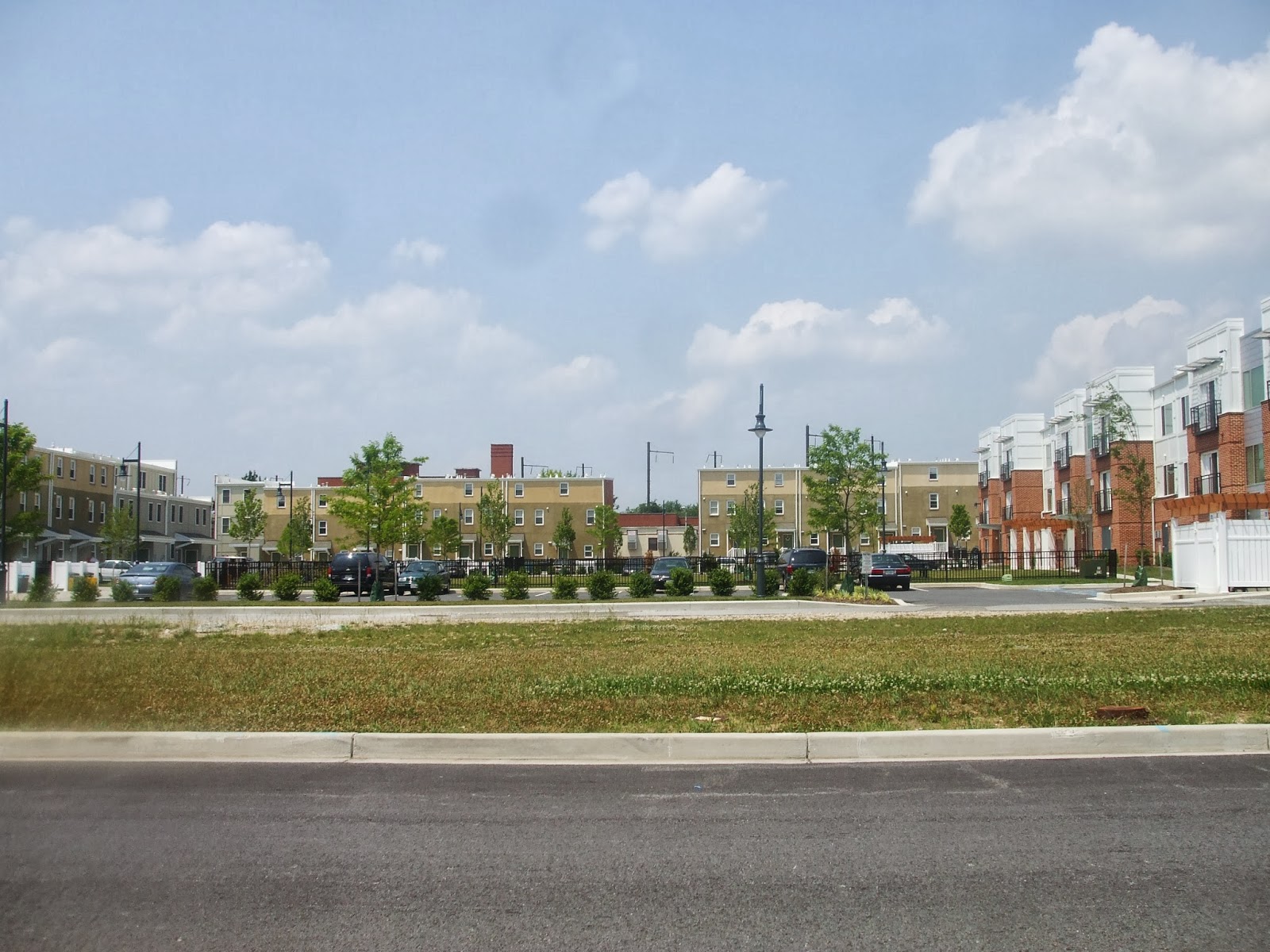 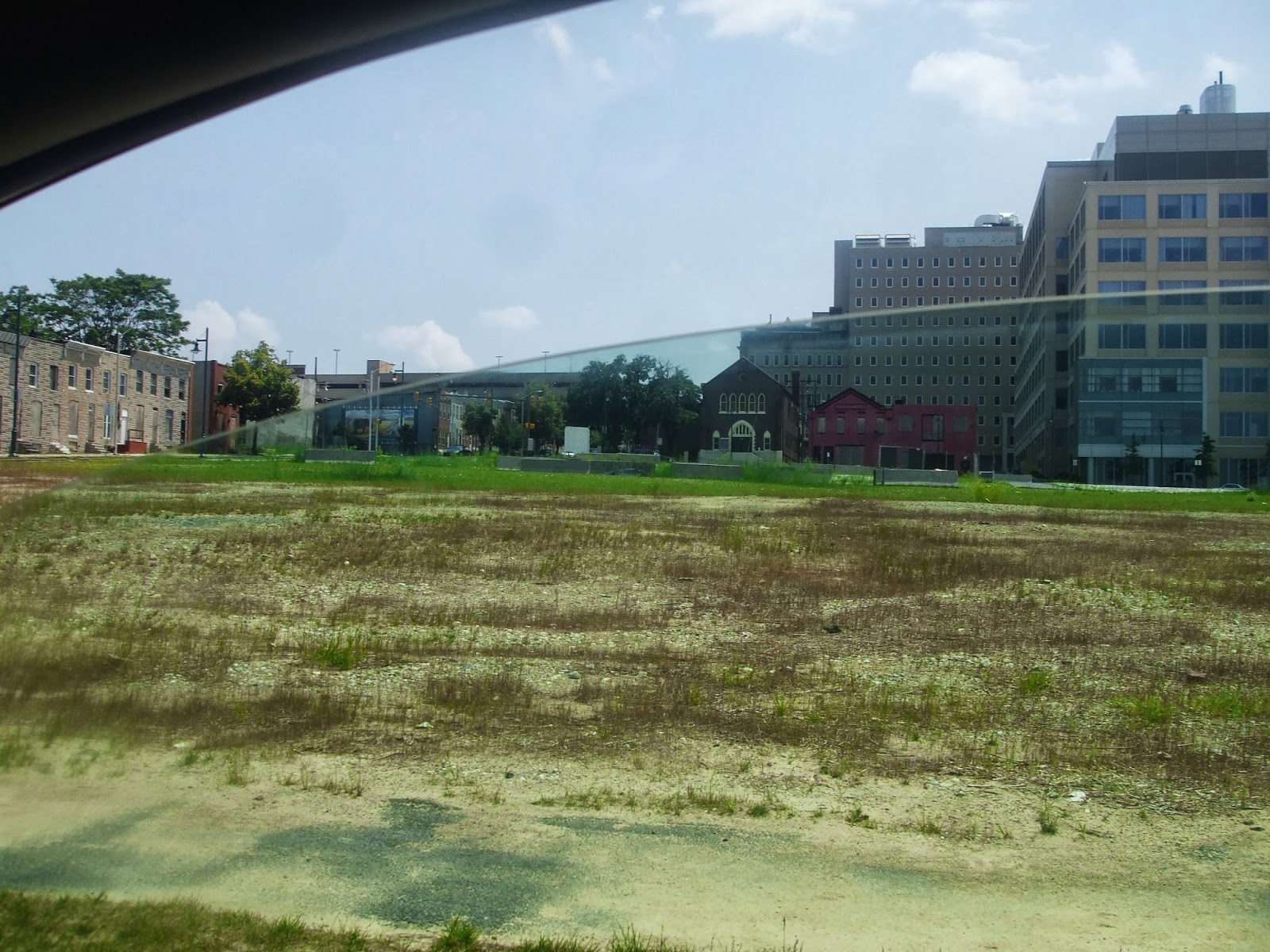 As the recession has wore on, it has become increasingly clear that the interest in the Biotech Park has waned, start up companies have gone belly up or have downsized the amount of Office and Lab Space needed. This was a major blow to the redevelopment efforts of Johns Hopkins to build a new sustainable Community in East Baltimore. On the Residential side however we have seen more sign of progress despite a rock economy. To redevelop the new East Side, block after block of vacant row homes have been or will be demolished to make way for new mixed income housing that was aimed at workers of all levels at the beleaguered Biotech Park. With the Biotech Park looking like less and less of a Reality the question arises; Could living near Hopkins be enough to attract new Residents to Baltimore's New East Side? 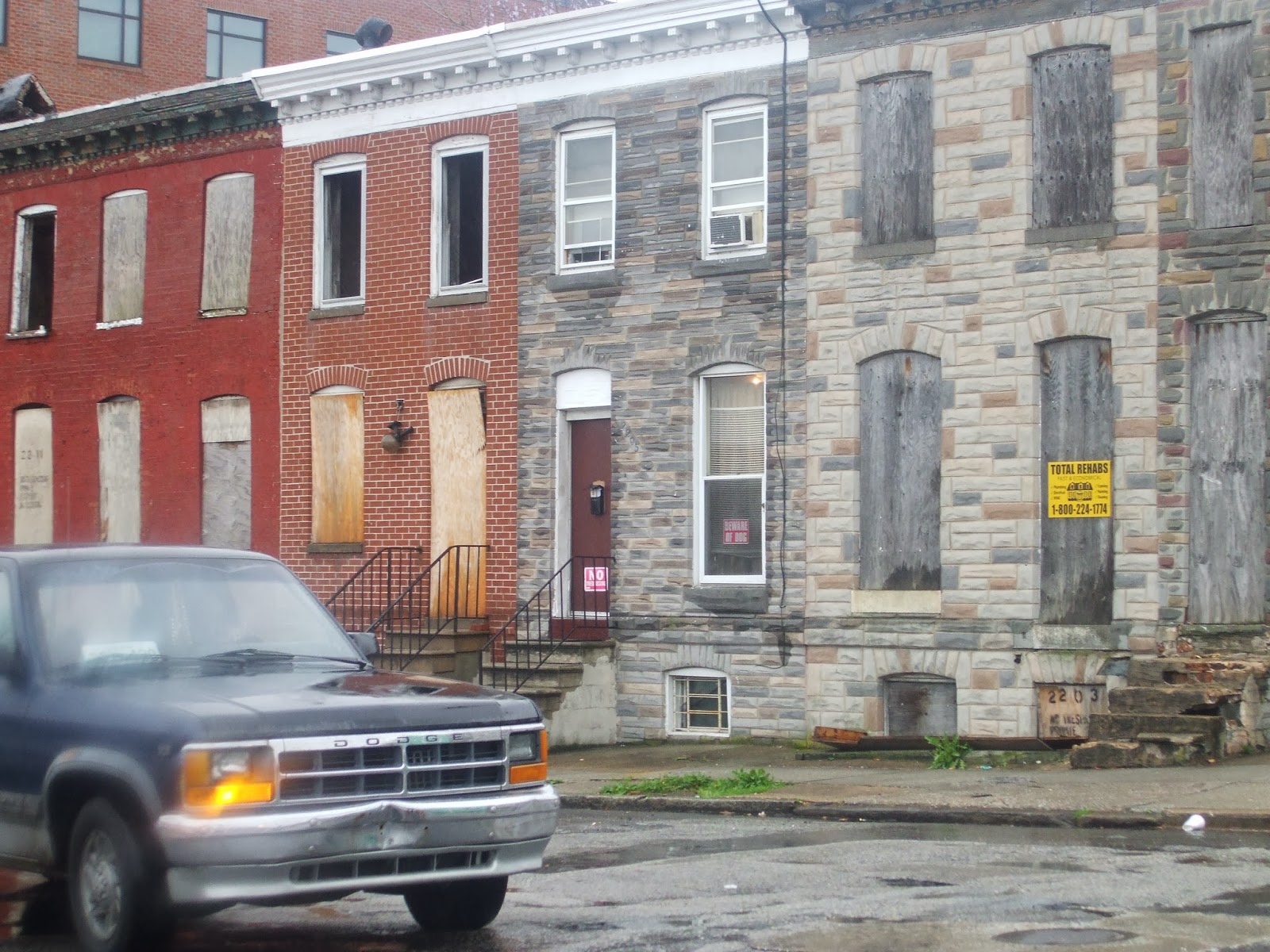 East Baltimore had always been a working class Neighborhood. Small two story Row Homes were built to house workers from the Factories and the Docks both South and East. Bethlehem Steel was a major Employer of East Baltimore as was the American Can Company and the Breweries on Brewers Hill. Johns Hopkins and Church Hospital at the time occupied small spaces in the Neighborhood and their staffs were a fraction of the number employed by Hopkins today. In short, Hopkins workers didn't make up a large percentage of the East Baltimore Workforce. 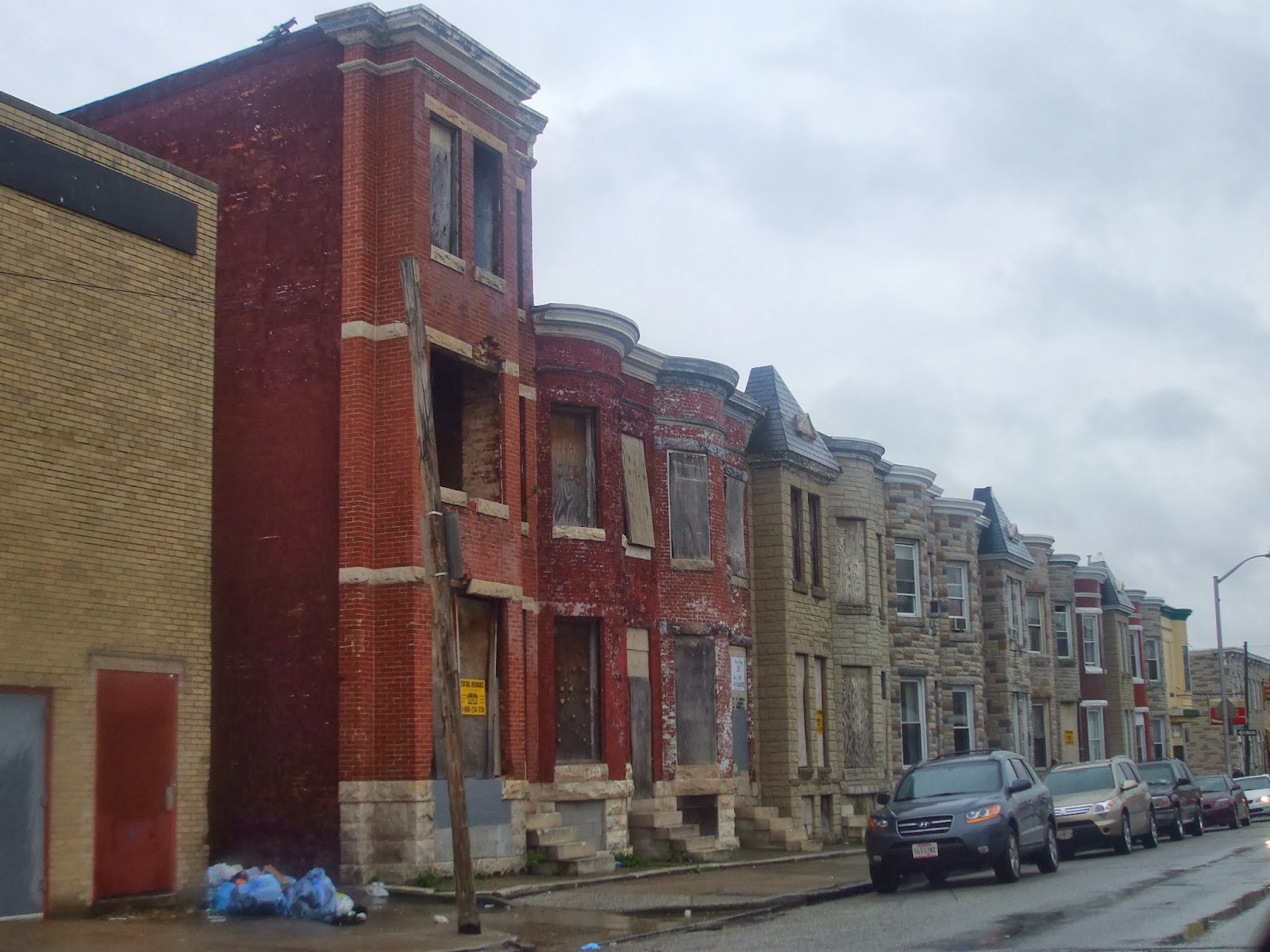 As the 20th Century wore on East Baltimore began changing, White Flight and Blockbusting changed Neighborhoods from White to Black almost overnight, industry in America as a whole began drying up which made this once proud working class Community fall into Poverty, Public Housing High Rises were being erected between Downtown and Hopkins, and just as quickly as middle class Blacks began settling into East Baltimore, they began fleeing just like their White predecessors had as crime had begun to spillover from Neighboring Public Housing Developments. Poor Blacks in the area did not have the resources to move out of their once tidy row house Community so they were forced to stay in their constantly shrinking increasingly violent Neighborhoods where by the end of the 20th Century, boarded up row houses were beginning to outnumber occupied ones. 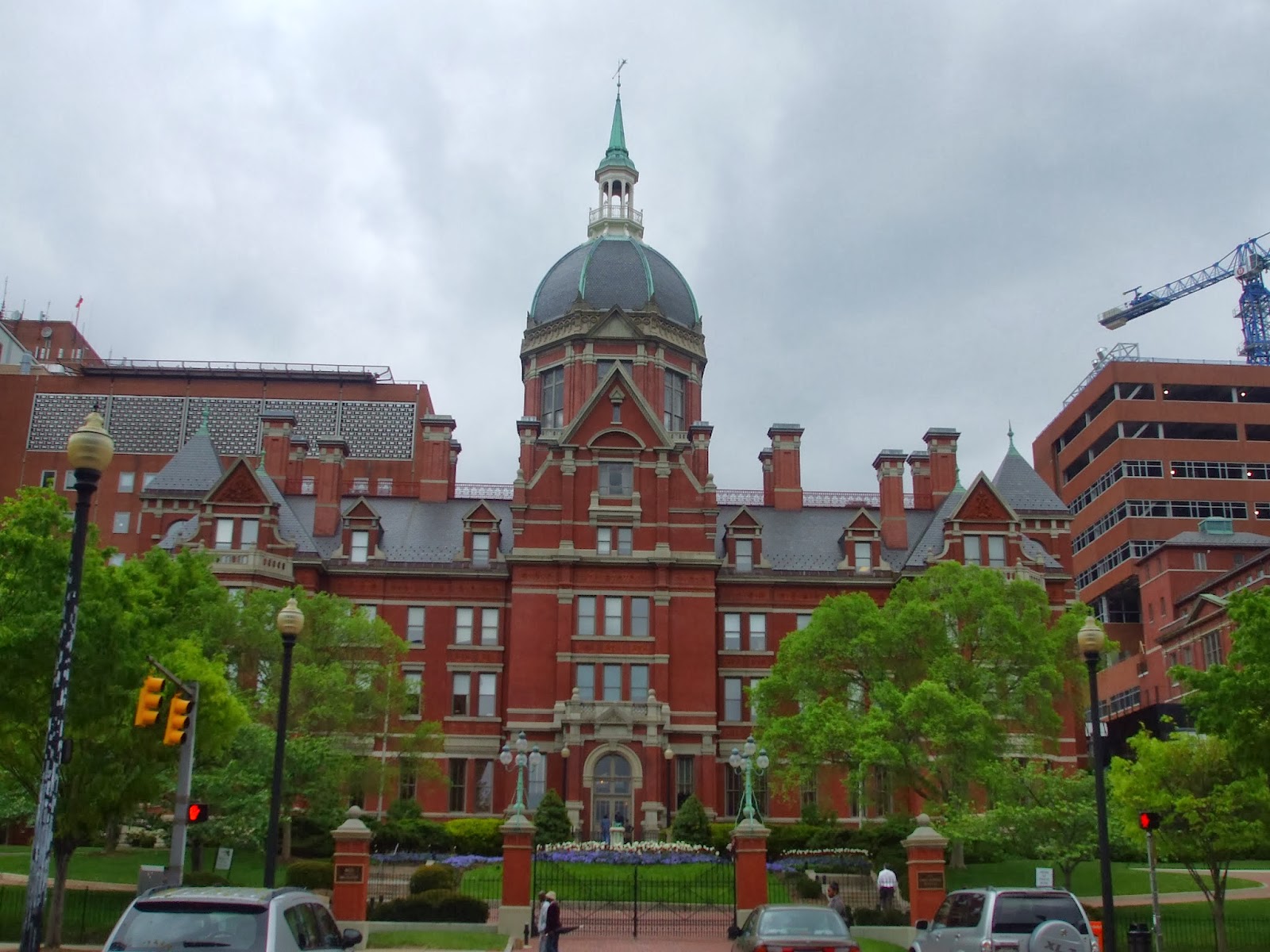 One fascinating detail of this all too common story of urban decay is the tremendous growth of Johns Hopkins Hospital during this time. As East Baltimore's row homes were being abandoned, Hopkins was acquiring land to expand their Hospital to offer more Patient beds, build new departments of growing Medical Fields where they hired the best and the brightest Doctors, and classrooms for Med Students, Interns, and Residents to become the best Doctors they could be. This expansion led to Patients coming to Hopkins and only Hopkins from around the Country and around the World to be seen by Doctors at Hopkins because they knew they were getting the best treatment in Medicine. This propelled Hopkins to become one of Baltimore's largest private sector Employers bypassing Bethlehem Steel. 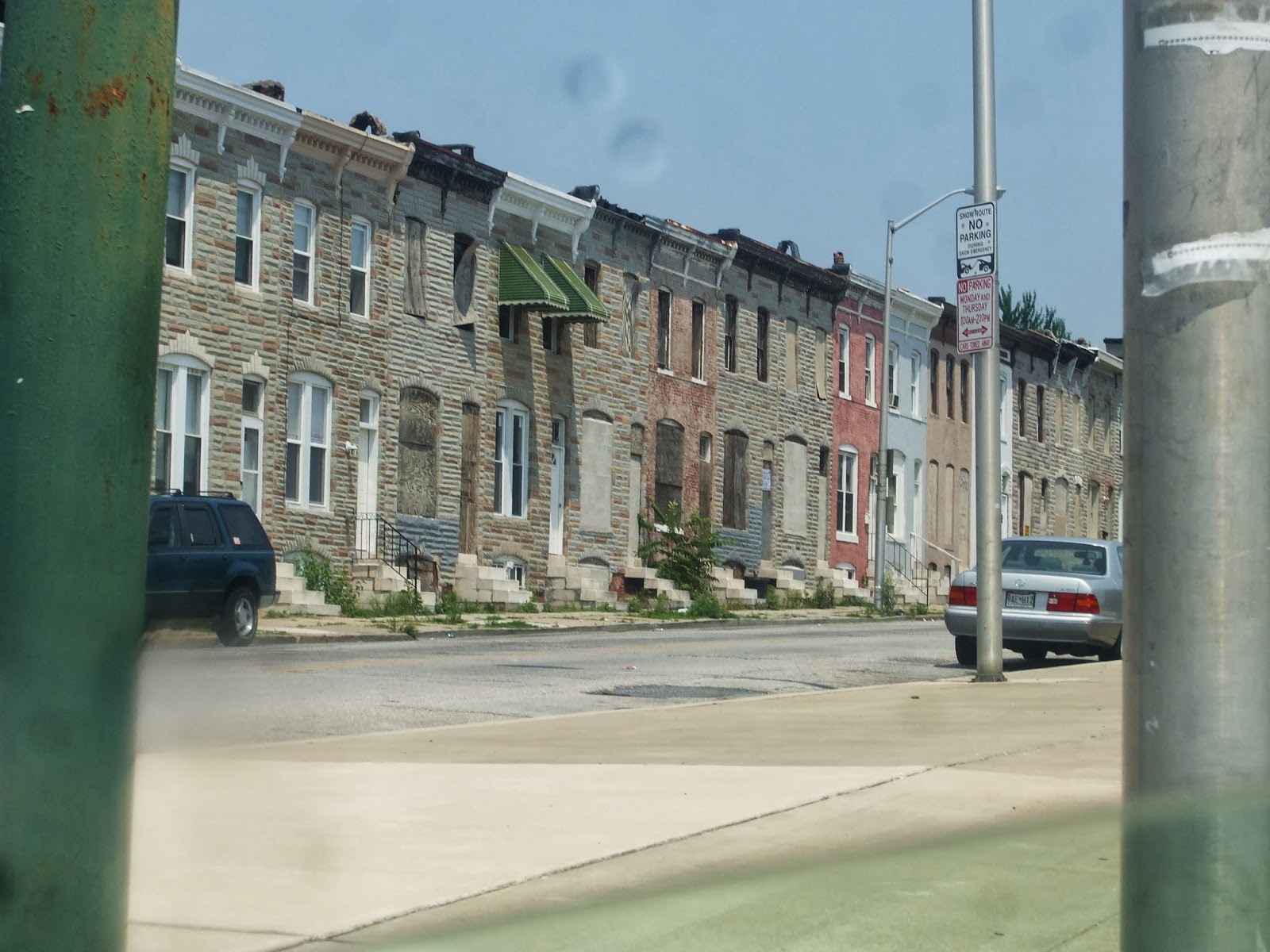 The growth of Hopkins and the decay of the surrounding East Baltimore Community seemed to contradict one another. If the Neighborhood was decaying so much how could an institution like Hopkins grow with such surroundings? On the flip the question was asked, why weren't efforts being made to make more of the Hopkins Staff into East Baltimore Residents? The answer was and still is crime. The Hopkins Campus is heavily guarded day and night by Security and Police Forces alike. However. if somebody gets lost trying to find Hopkins or an exit from Hopkins, well that's a different and often scarier story. Hopkins workers for the most part have the means to live elsewhere, therefore they do. 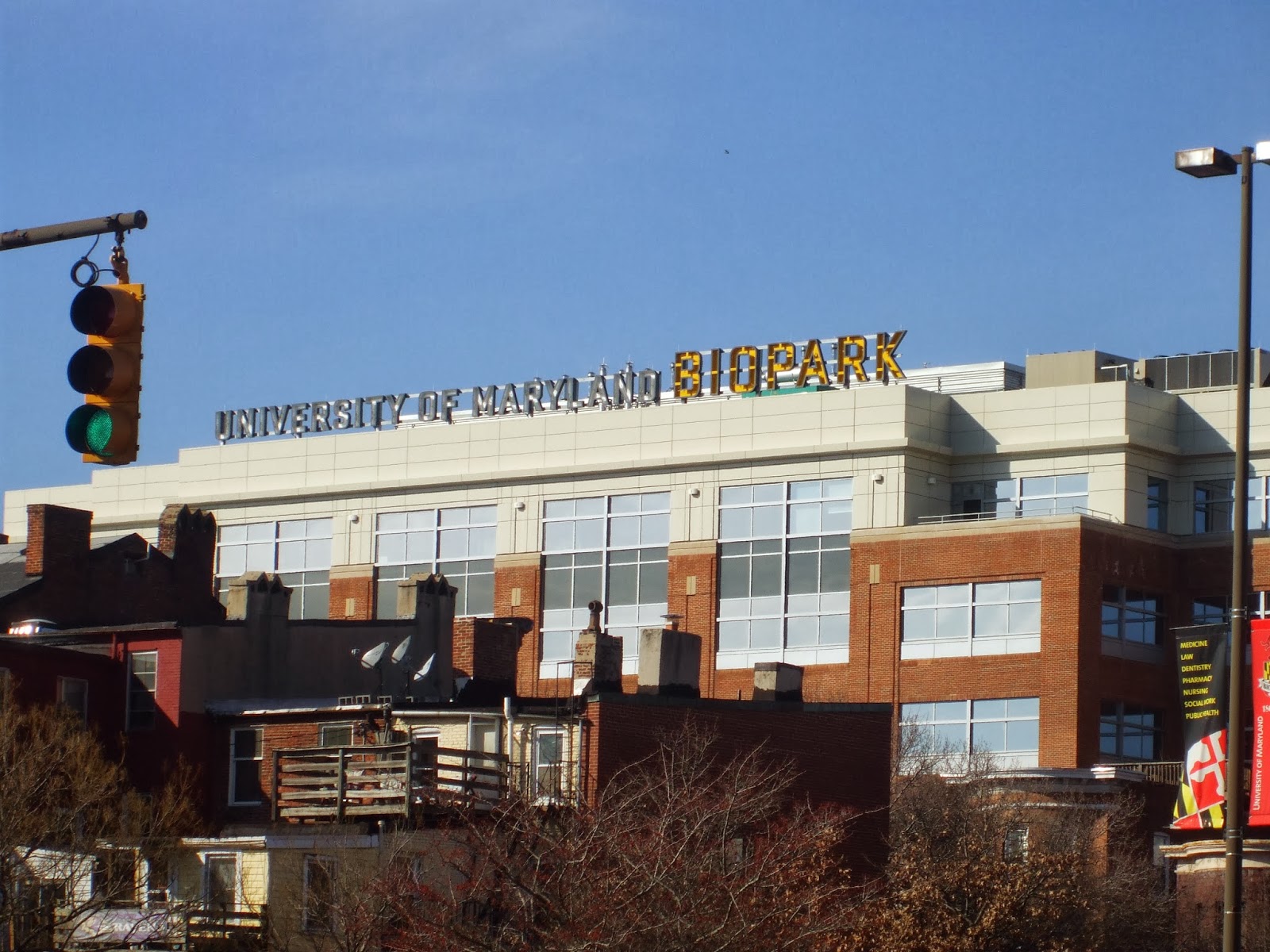 In the early 2000s, Biotech Parks were sweeping the nation by storm. It seemed that every Hospital and/or University wanted to add one to their campus(s.) On the West Side, University of Maryland had wanted to add one (pictured above) and took the bold step of crossing MLK Boulevard into Poppleton, a West Baltimore Neighborhood that has seen the same crime and blight that East Baltimore has. Hopkins also wanted in. Only difference with Hopkins is that they wanted to use their Biotech Park as a springboard for full scale redevelopment of 1000+ row homes in East Baltimore north of Hopkins. 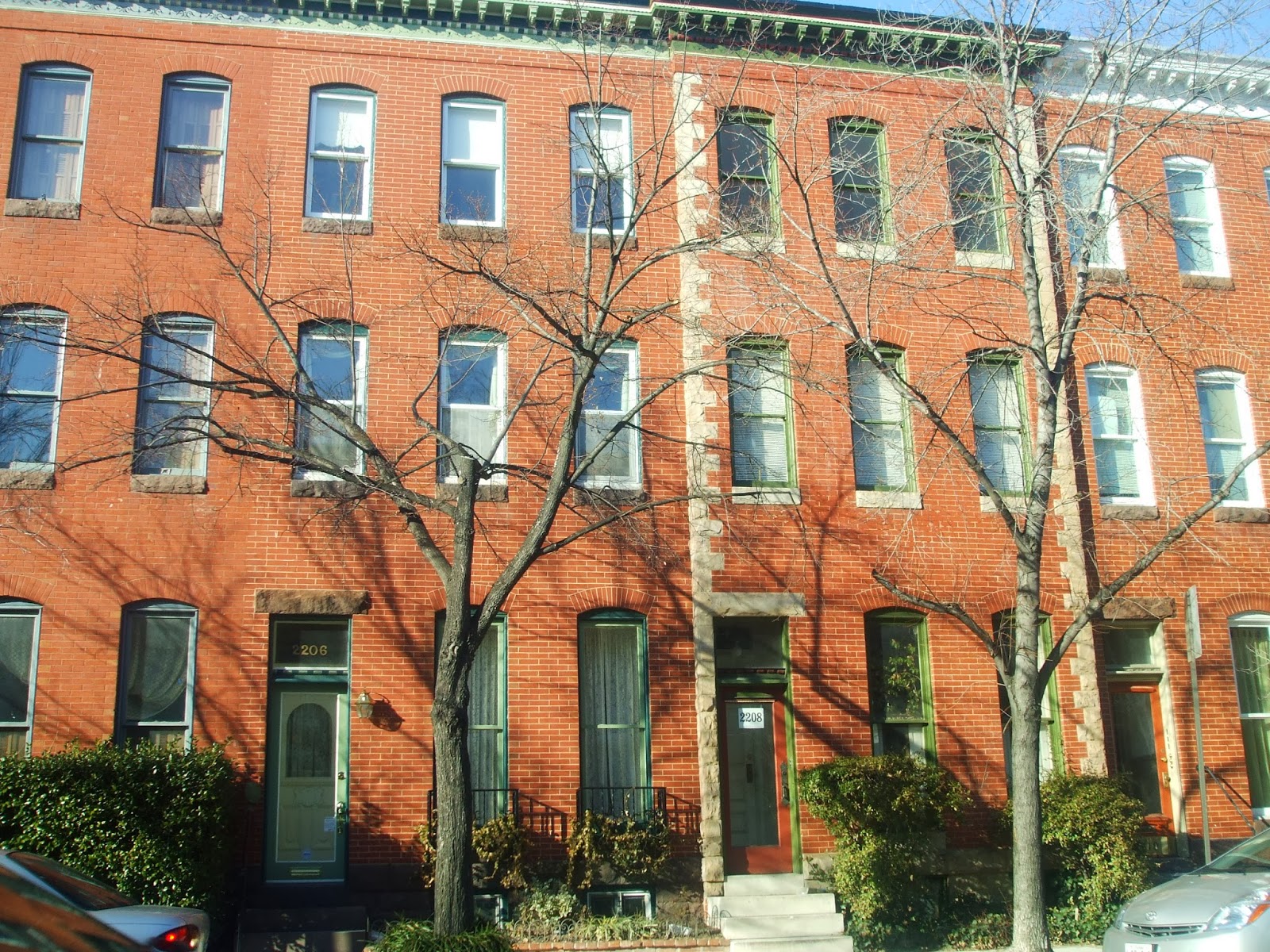 Neighborhoods south of Hopkins such as Washington Hill, Butcher's Hill (pictured above), Historic Jonestown, and Patterson Park had begun to see new signs of life partly due to the dismantling of the public housing high rises and new mixed income Town Homes that risen up in their place. These Neighborhoods have also provided a link from Hopkins to the Harbor as well as Downtown. Suddenly Hopkins and East Baltimore didn't seem so far from Downtown and the Harbor. 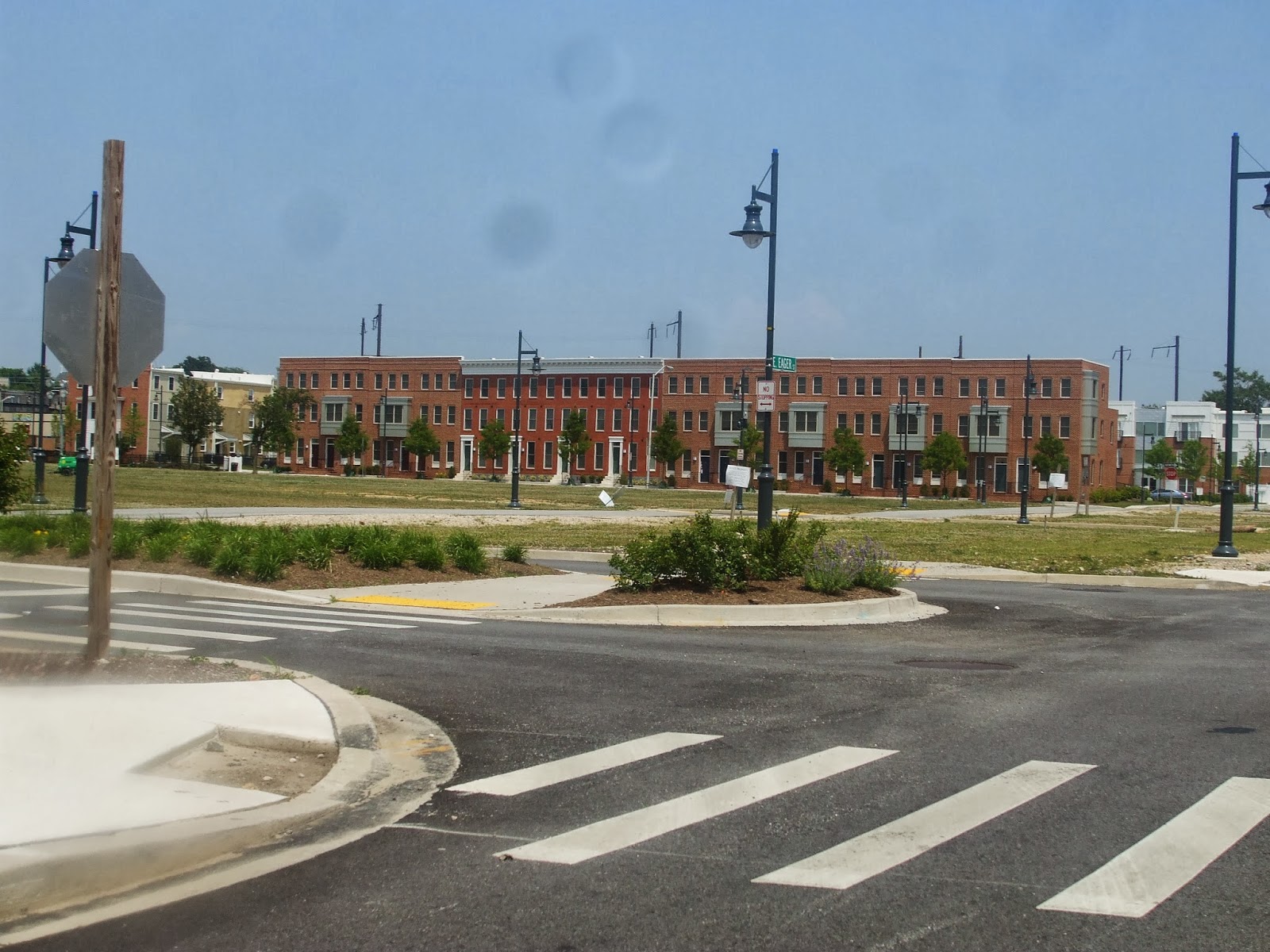 As the Master Plan for the Biotech Park and the redevelopment of the 1000+ vacant row homes north of Hopkins began to take shape, the recession hit. Today, the housing market is beginning to pick up some steam but there are those who say the entire New East Side is in Jeopardy because the Biotech Park part of the plan is in lingo. I'm sorry but isn't John Hopkins Hospital one of Baltimore's largest Employers with a infinitely growing staff? On that same note aren't people in general moving back to Cities because they're sick of long commute to and from work? The answers to both questions is yes. 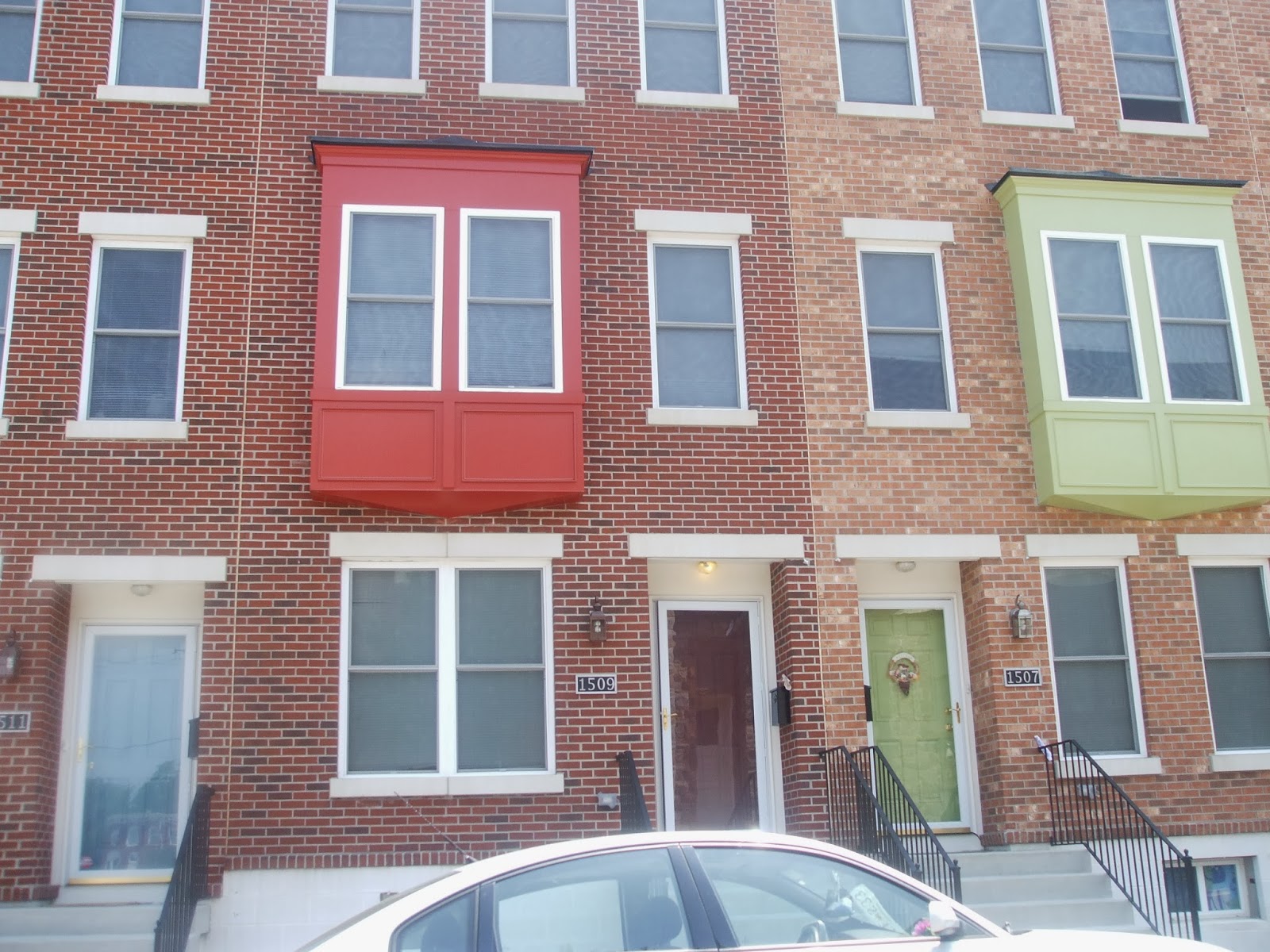 The idea of actually having a thriving safe sustainable Community surrounding Hopkins is a relatively new idea. Most of the reasoning of it being so new is because Hopkins was so much smaller and employed so few people when East Baltimore actually was a thriving Community. The thinking has to be; Biotech Park or not, The Neighborhoods surrounding Hopkins can and should be desirable simply because Hopkins is such a huge institution that it's a magnet that draws Residents to it. 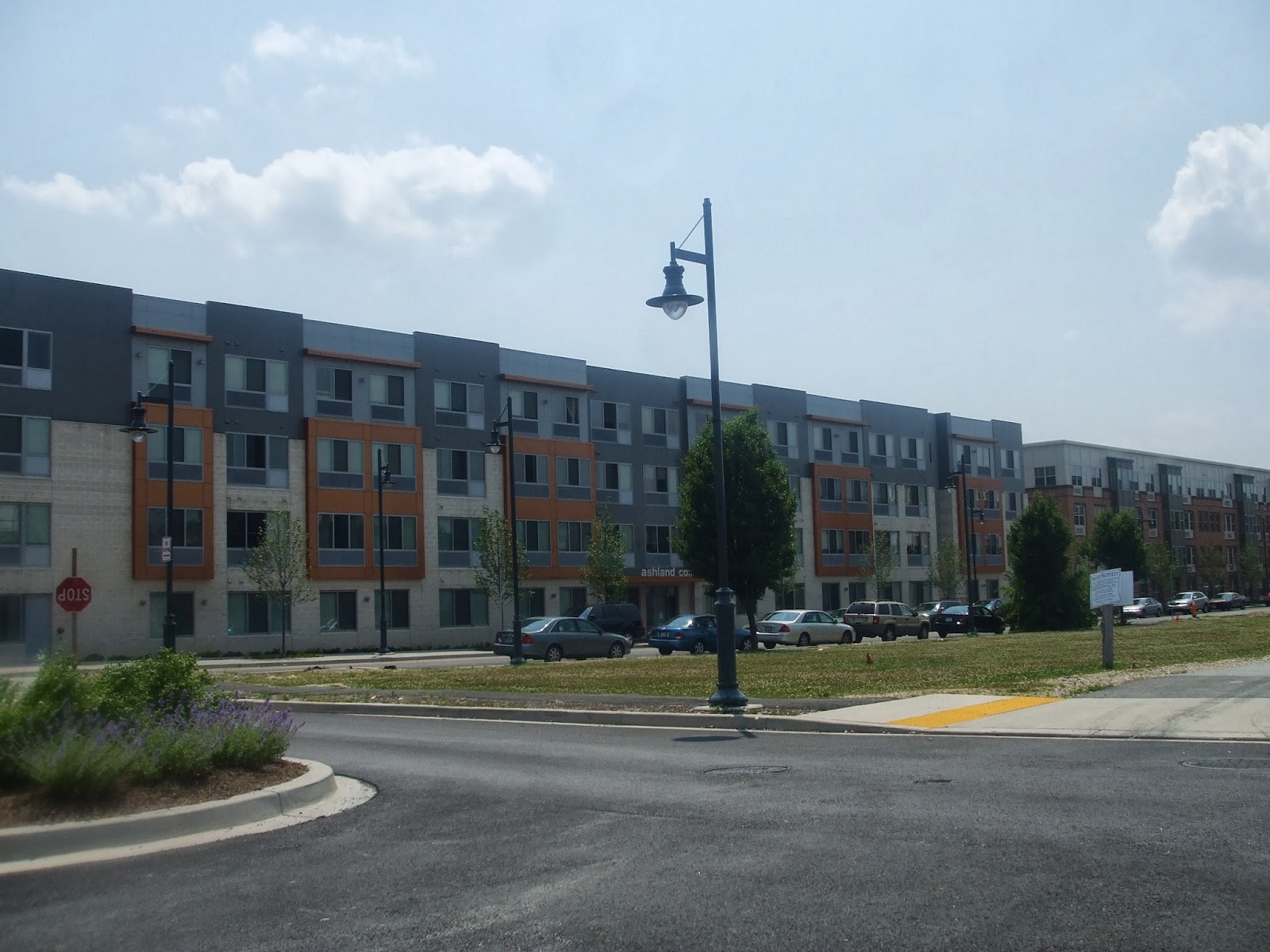 Neighborhoods south of Hopkins have fared much better than those north of it so full scale redevelopment or even small scale redevelopment isn't needed like it is north of the Hospital. That being said, Baltimore's new East Side should continue to build and reach its goal of 1200-1500 new and rehabbed homes. The only real question is what to do with land that had been set aside for the Biotech Park. I'm sure there are uses for it such as Community space, additional housing, or the land could be banked in case the demand for a Biotech Park resurfaces. I also don't see the Hospital's expansion stopping anytime soon so the Biotech Park land could also be used by the Hospital. 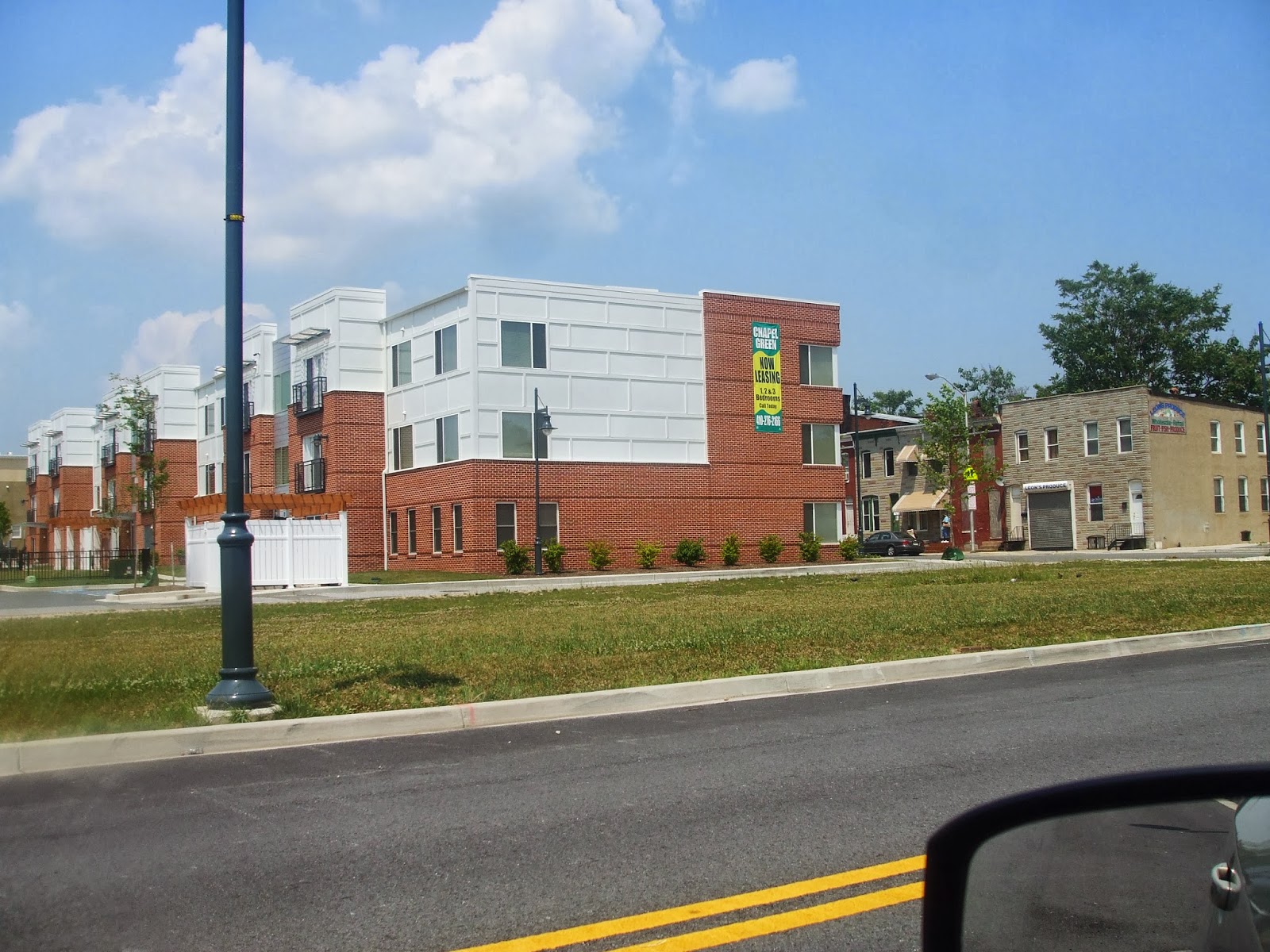 Living close to where you work has begun to be the new way of thinking. In order for Hopkins to continue to thrive and attract World Class Doctors and Researchers alike, the surrounding East Baltimore Community must in turn thrive as well. That is why the full scale redevelopment of the area north of the Hospital is crucial to its future. Living near Hopkins has always been enough to sustain Baltimore's new East Side and always has been. It's only been recently that people are starting realize it. 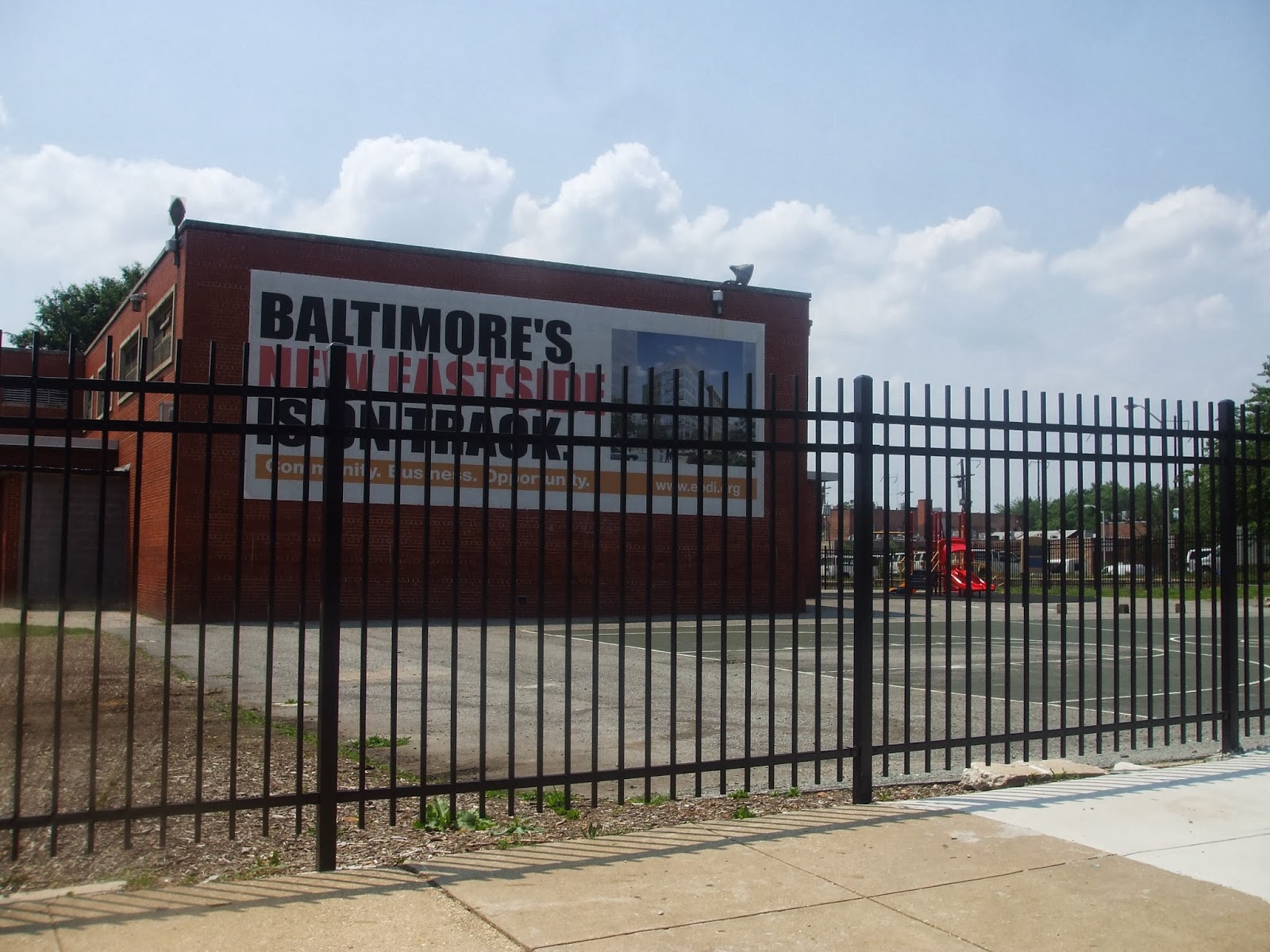 Hi! My name is Anhchi Ha, and I just wanted to say that I think your blog is really interesting. I came across your blog when I was researching blogs about Baltimore for inspiration. I'm actually writing a blog on Federal Hill for a class, and I gained a lot of insight on how to write a blog about the area from your blog.

But I was wondering, do you come across any struggles writing about the area?