Could Denisty be to be Blame For Food Deserts? 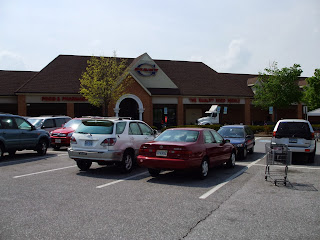 Lets take a trip to the Suburbs. Yes that's right the suburbs, the place that is magical land where everybody has cars, green manicured lawns, brand new schools, clean streets, and large Grocery Stores that would take up an entire City Block. Of course there are pit falls to living in the Suburbs but to a City Dweller trapped in the middle of a Food Desert the access to Grocery Stores that life in the Suburbs affords you seems almost too good to be true. But how do so many Grocery Stores wind up there and so few wind up in the City? Could it be the City is too dense? Lets find out together! 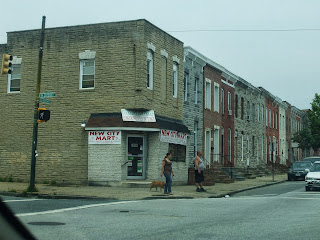 This begs the question; What were the Grocery Stores like in the City before the flight to the Suburbs? Most of them were nothing more than corner stores in which the first floor of a row house was turned into a small Grocery Store that served little more than a block or two. In fact the vast majority of clientele of a corner store walks there from home and has no car. In order for these stores to survive, the density of the blocks surrounding them must be very dense and full. 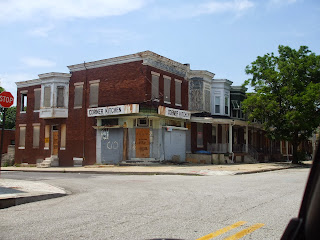 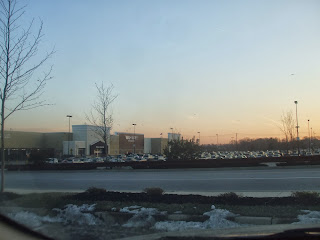 Meanwhile, the lower density Suburbs sport many Grocery Stores some with square footage exceeding 100,000. Take Owings Mills for instance. Its population is growing rapidly and according to the 2010 Census it had reached 30,622. Now lets take a look at the Grocery Stores serving Owings Mills. There are two Giants one in New Town Village Center the other in St. Thomas Shopping Center, there's a Safeway, a Food Lion, a Wal Mart, a Sam's Club, a Target, and a Wegman's under construction at the old Solo Cup Factory. That's a lot of Grocery Stores. 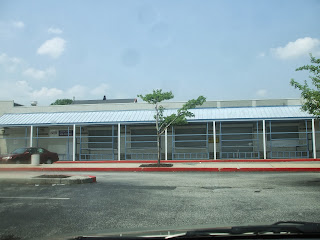 Now lets go into the City and find a plat of land that has roughly the same population as Owings Mills. Lets try SoWeBo, West Baltimore, Downtown, East Baltimore, and Southeast Baltimore. As long as you don't trek into North Baltimore, you will find food deserts. 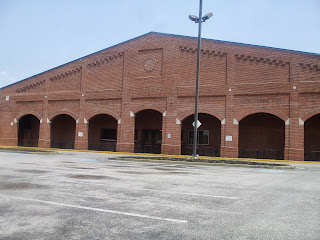 These plats of land in Baltimore may in fact have a larger population than Owings Mills yet it doesn't have nearly the amount of Grocery Stores. Why? I mean everyone needs food to survive right? What makes the City so different from Owings Mills? If a Grocery Store were to open anywhere in the City the amount of people living within a square mile of it is staggering compared to a Suburb like Owings Mills yet there they aren't. 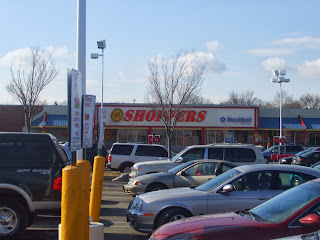 The density of the City is so high that if the same amount of Grocery Stores that are in Owings Mills were built for every 30,000 Baltimore Residents, there would be a 60,000 Square Foot Grocer every couple of blocks. The fact that this hasn't happened is partially why many parts of Baltimore appear to be barren Food Deserts. There could in fact be a Grocery Store a couple of miles away but the area is so dense, it would warrant one or two Grocers to be closer especially when comparing populations with Owings Mills. 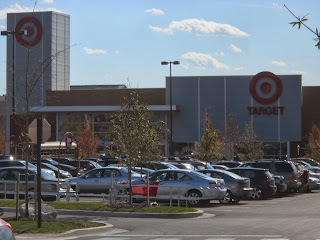 Luckily all hope isn't lost. Some of these Food Deserts are seeing new signs of life in the form of Grocers right here in the City! In Pigtown the once vacant Safeway is now home to a Price Rite, In Canton/Brewers Hill a Target has opened in Canton Crossing and later this year a Harris Teeter will also open. In Locust Point/South Baltimore a Harris Teeter opened as well alongside the Shoppers one block over. Also in Inner Harbor East the Whole Foods has expanded. In Howard Park, construction is beginning on a State of the Art Shop Rite. 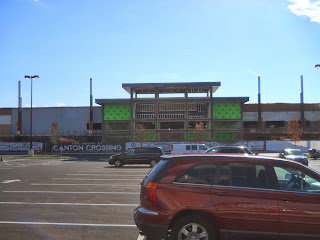 Despite the good news in the above paragraph, there are still many Food Deserts in Baltimore. Some of these Deserts are even located in some of Baltimore's most sought after Neighborhoods that are receiving large amounts of Population Growth. Fells Point, Butchers Hill, Mount Vernon, Downtown, Highlandtown, and Patterson Park are some of the areas in question. All of these Neighborhoods could each get their own 55,000 to 65,000 Square Foot Grocery Store and the Market wouldn't be saturated. If I were a Grocer, I would be looking to open in any one of these areas. 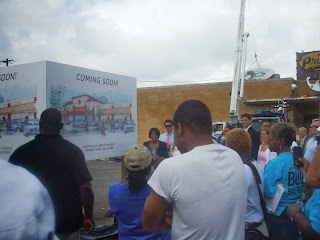 Not all Food Deserts are located in sought after Neighborhoods that are growing. In fact one reason these Neighborhoods are Food Deserts is because they're also "People Deserts." So many Neighborhoods in East and West Baltimore as well as Park Heights in Northwest Baltimore. These Neighborhoods have some of the most concentration of population loss in the City with nearly half the buildings and lots vacant in some cases. In East Baltimore especially near Hopkins, there are redevelopment Master Plans in effect that are aimed at attracting growth and with it more Grocery Stores. The Park Heights redevelopment plan also calls for Grocery Stores. Both of these plans are using the "if you build it they will come mentality." 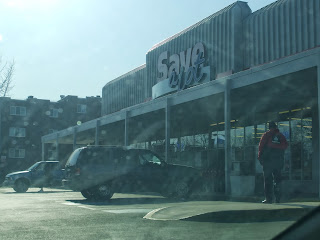 Now that I have compared and contrasted Baltimore's Grocery Scene with that of Owings Mills and how many Food Deserts Baltimore is home to, I think we can come to the conclusion that density played a huge roll in creating Food Deserts as the Corner Store made way for large Grocery Stores. Even as Baltimore was frantically losing Population, Grocers still could have come into some of these Neighborhoods and had a viable successful Business but they didn't. They opted to focus solely on the Suburbs and their Population and thought the City was too dense to support their larger Grocery foot prints. So my answer is yes, density is to blame for food deserts. 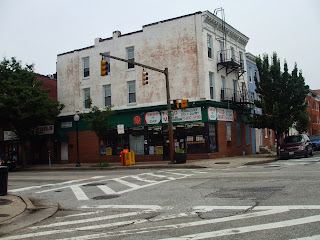