How Do We Bring Indusry Back to Baltimore? 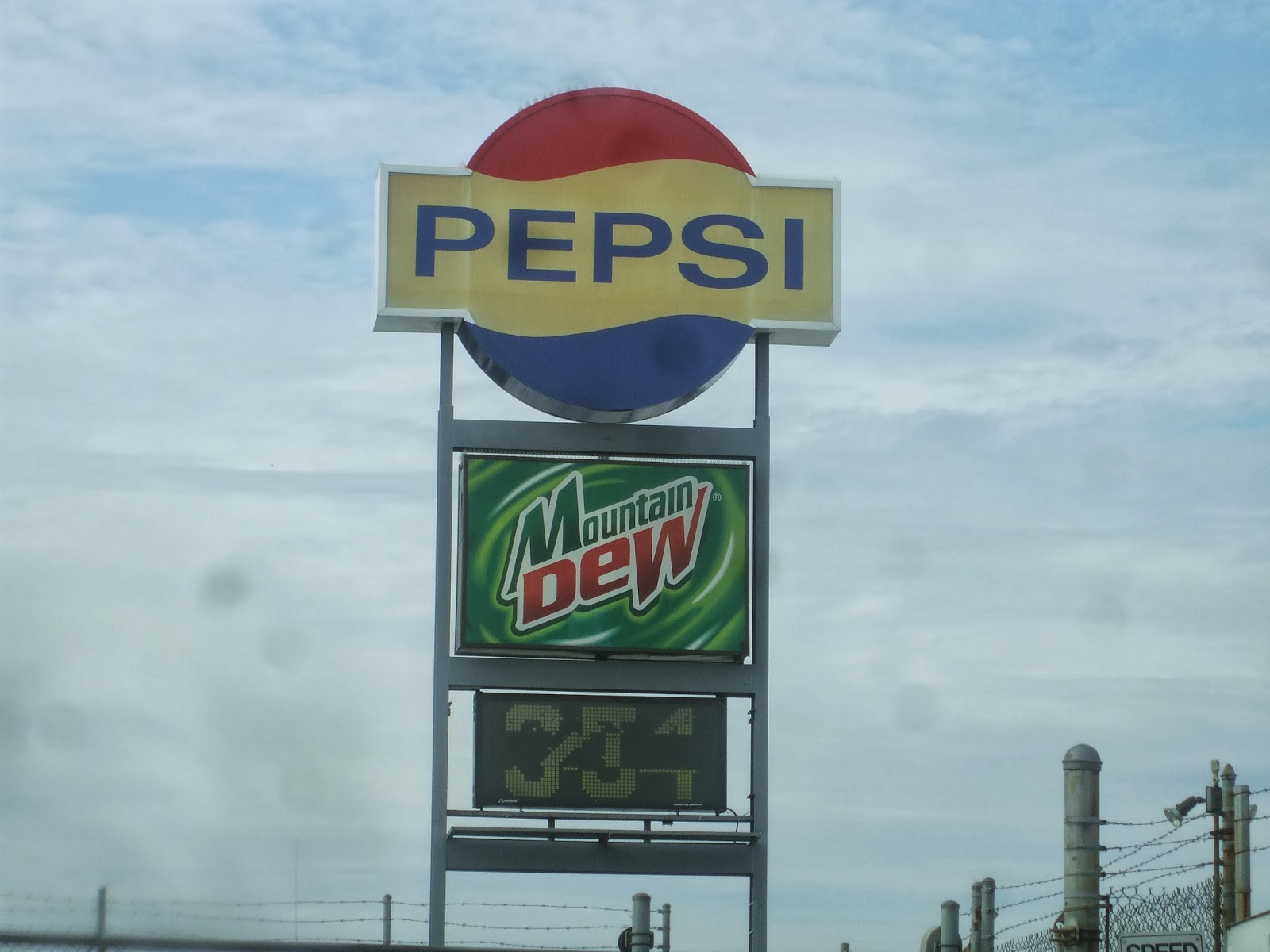 The above question probably has no answer other than taxing corporations that ship jobs overseas and exploits the lower minimum wage but since that's not going to happen, there's really no point in me writing this post. However, there are indications that industry in general might be looking at Baltimore with a keen eye. Amazon is going to be opening a new 1 million square foot distribution center in Southeast Baltimore in Southeast Baltimore at the former GM Plant Site with estimates of 1,000 new jobs. If amazon is interested in Baltimore could other large companies be next? 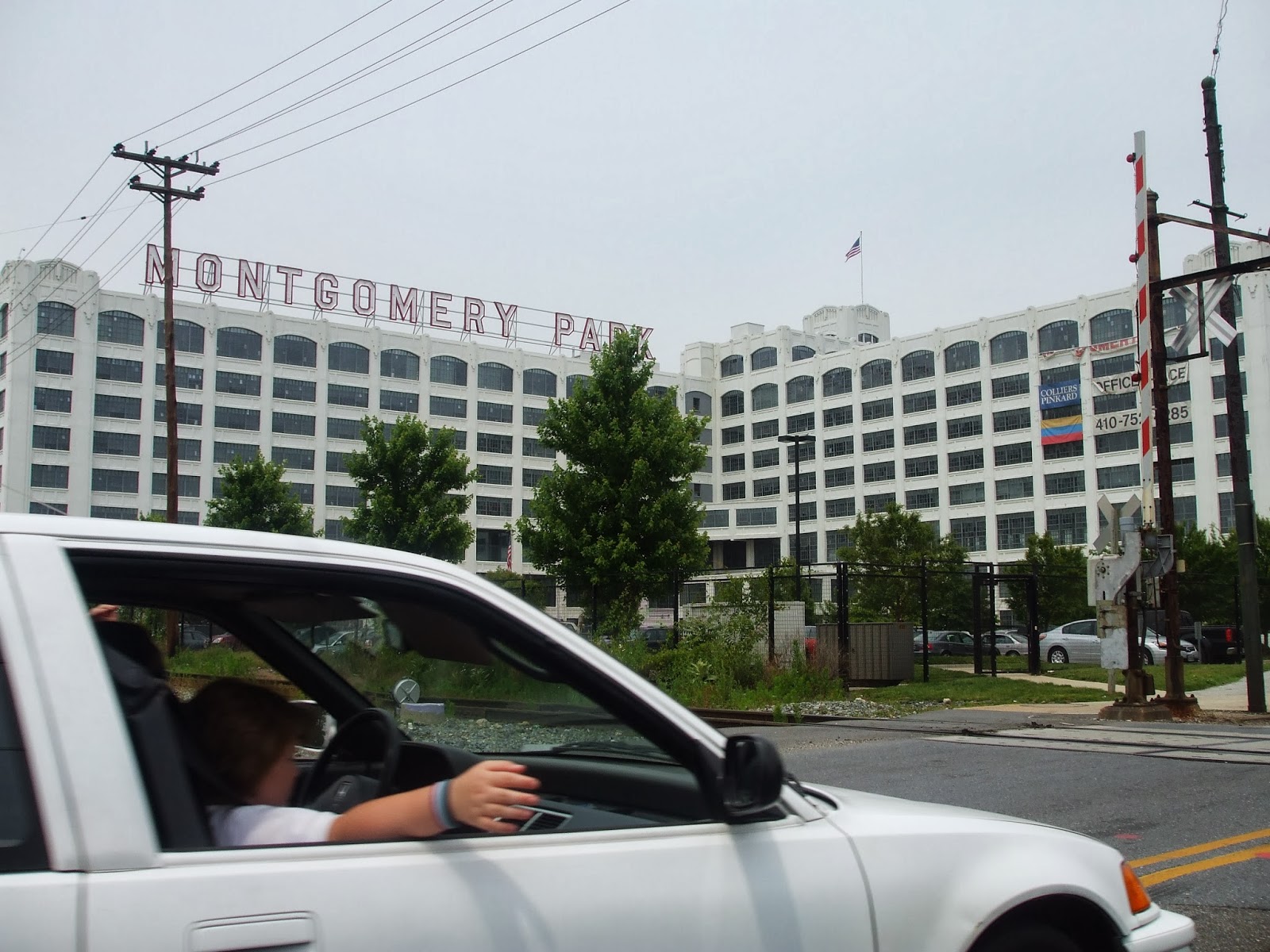 As I've said stated above, the manufacturing facet of industry has largely been abandoned but distribution centers as well as ports to import and export goods and services is still somewhat viable. Amazon's interest and commitment to Baltimore is a huge shot in the arm for Baltimore's industrial sector but before we celebrate victory lets try to get more distribution centers and the like in our fair City where there's a plethora of industrial land. By doing so, the import/export trade in the Port of Baltimore can only grow. 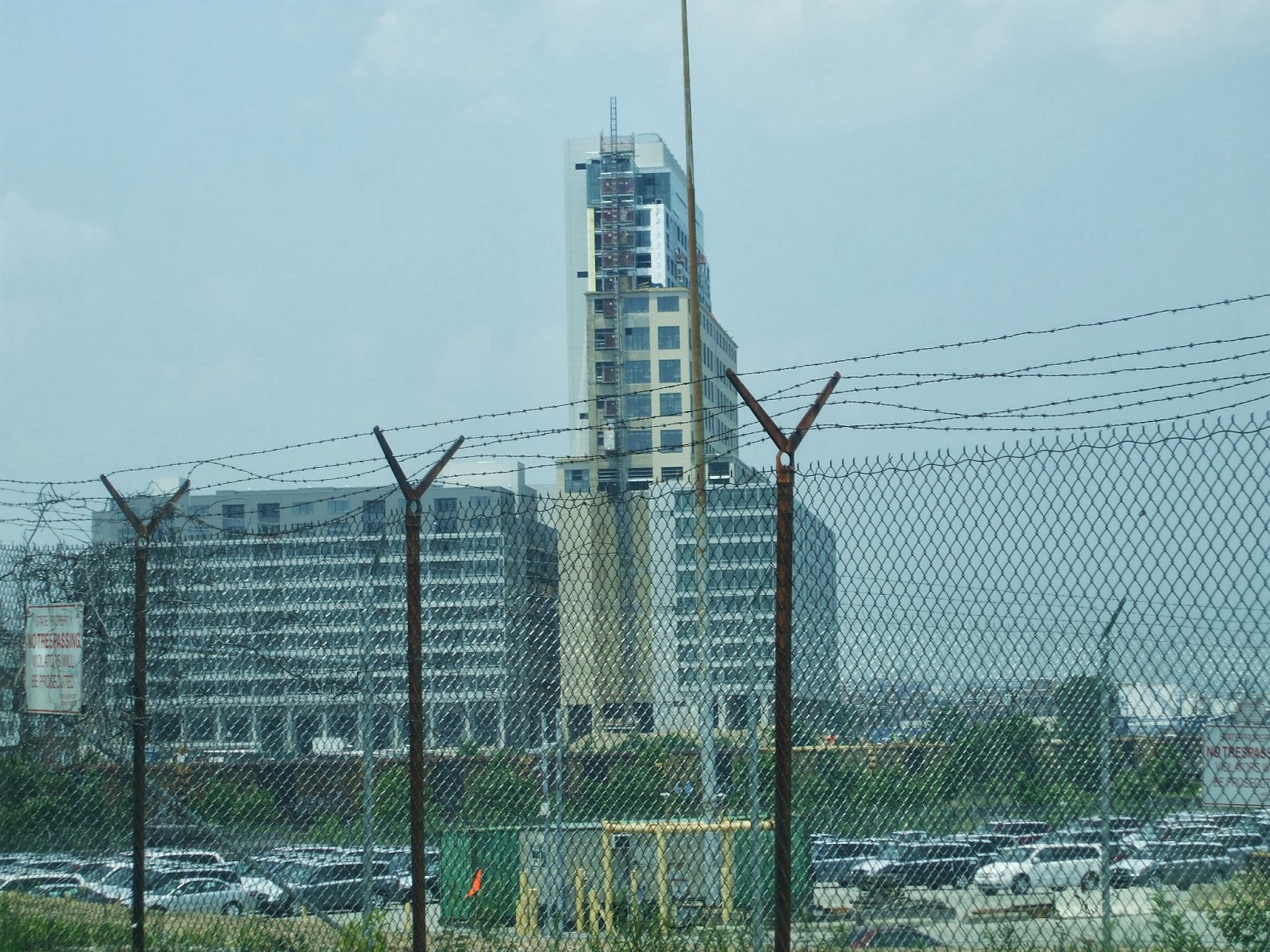 Do I think that McCormick Spice & Co. will re-relocate back into the City from Hunt Valley? No. Do I think a mega factory that employs 30,000 people will rise up on the site of Bethlehem Steel? No. Do I think Proctor and Gamble or let me stop this before I sound like a broken record of Industrial nostalgia by saying no to every prospect of these former heavyweights bringing back the good old days. On the other hand, I would love for them to prove me wrong. 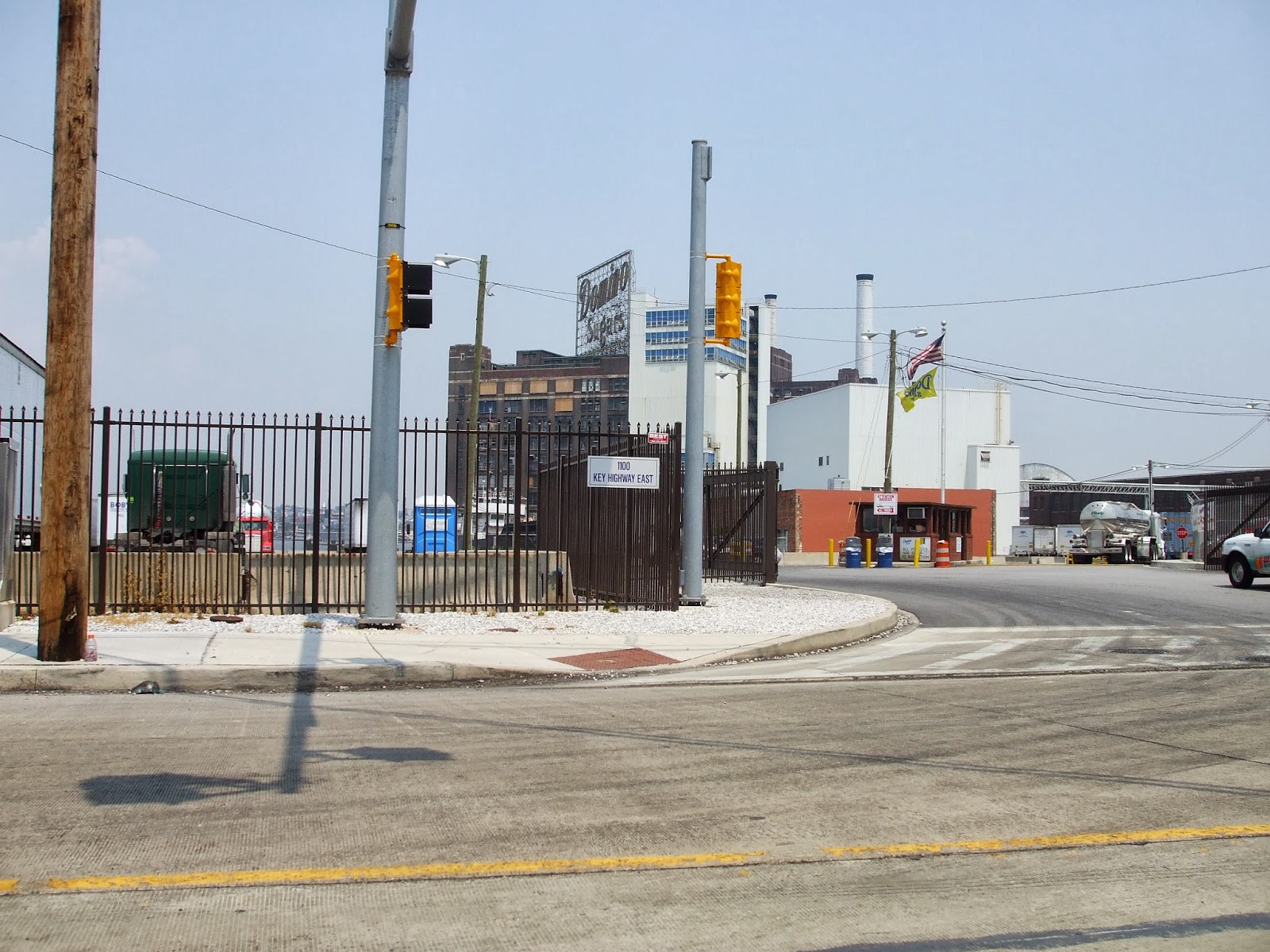 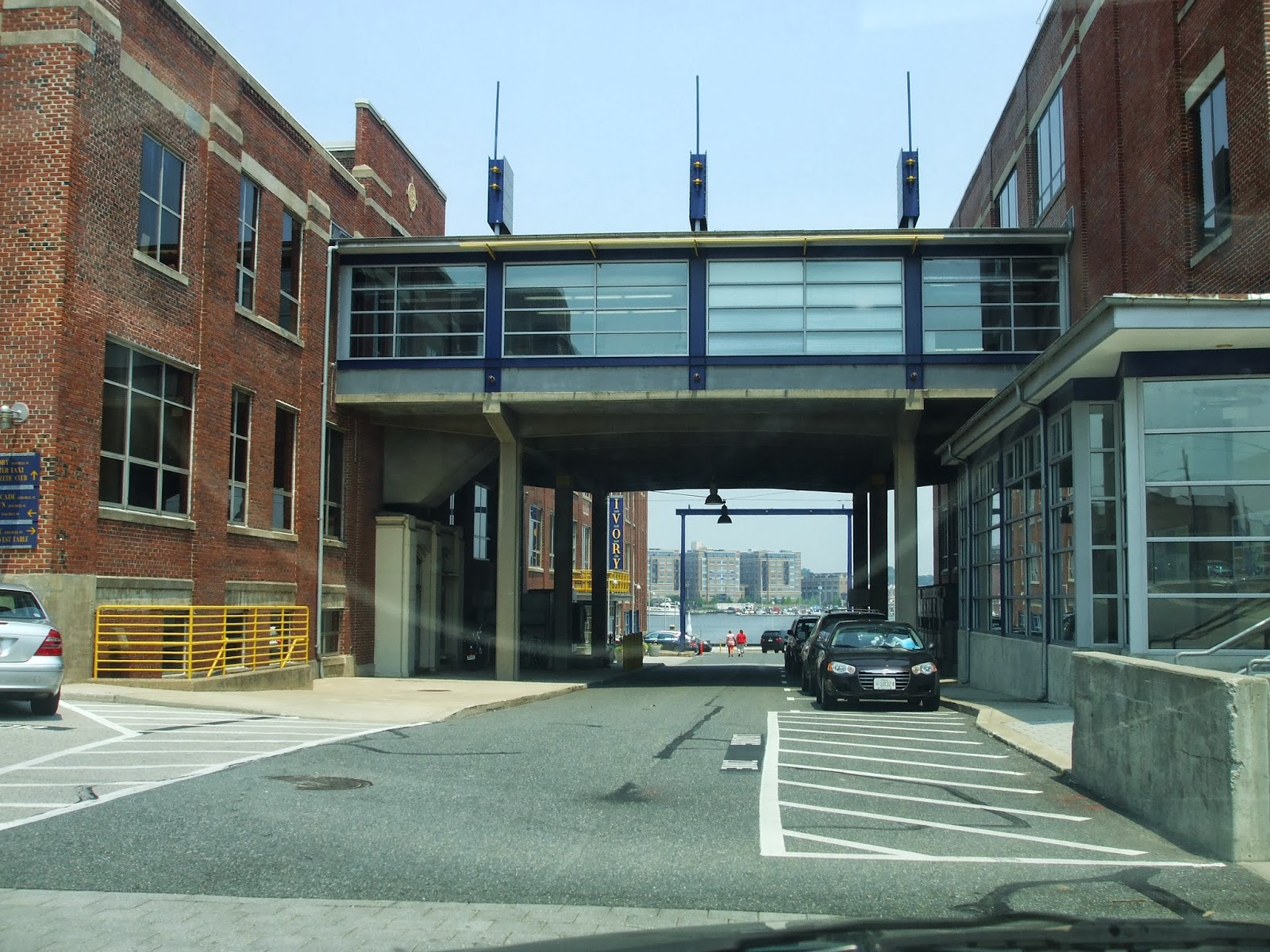 Still on the manufacturing front the Car Market has changed drastically over the years, Car Companies all over the world are offering hybrid and eventually entirely electric Cars. As these cars begin to be seeking space to build these vehicles and/or parts for said vehicles, Baltimore's port and vacant land that's zoned for industrial use, a port that's conveniently located, and a work force that will fill the jobs in a heartbeat Baltimore looks poised to capitalize. However, every American City has vacant industrial land and a work force that will those jobs in no time at all. 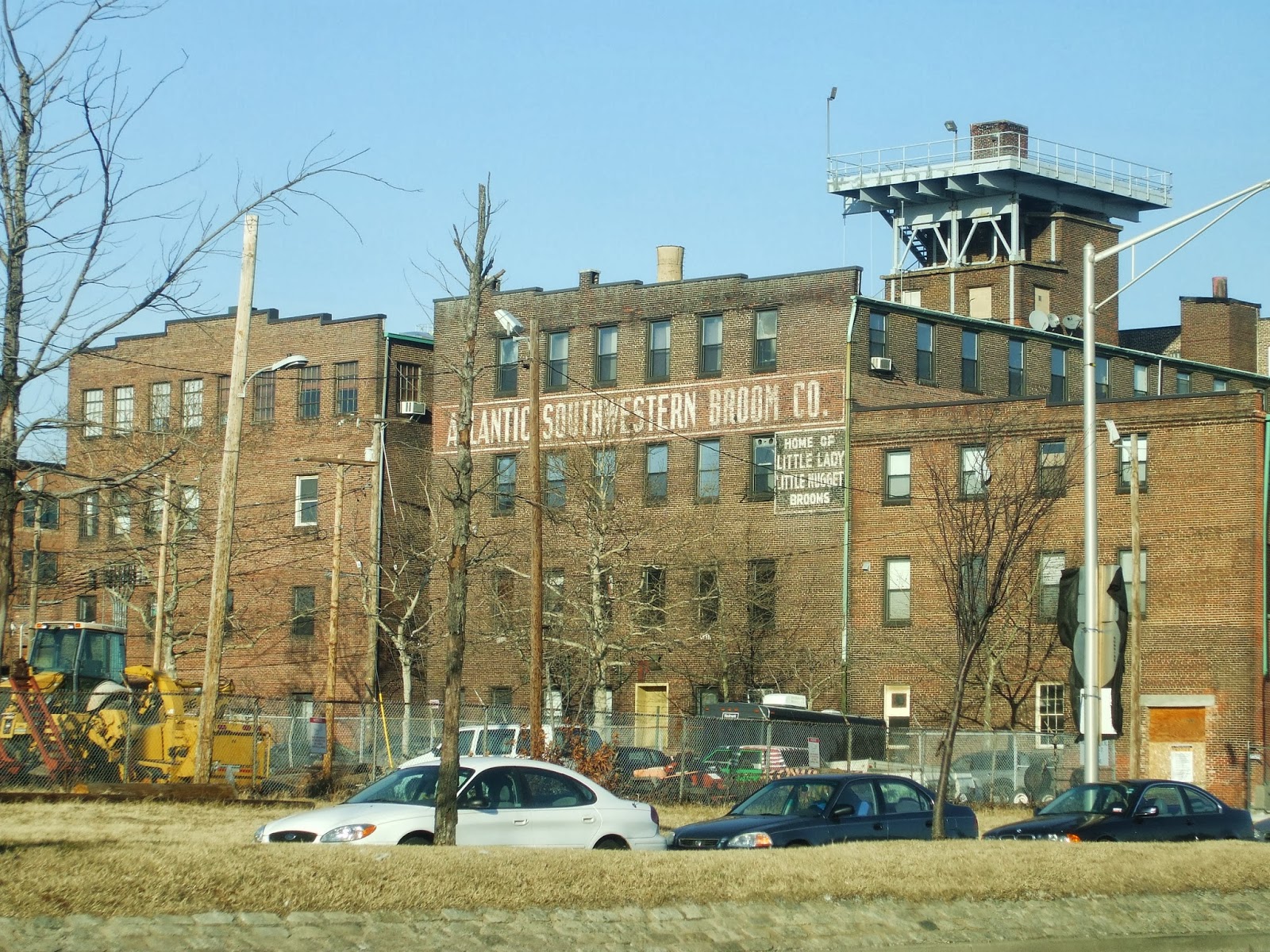 Another possible avenue to bringing industry back to Baltimore could in fact lie within the very Suburbs that bled the City dry of its industry after World War II. There are initiatives in the Counties mainly Howard County to redevelop plats of industrial land with mixed use Office/Retail/Residential because it's more aesthetically pleasing. In fact, I wrote a post dedicated to this called "Could TOD Re-Centralize Industry?". 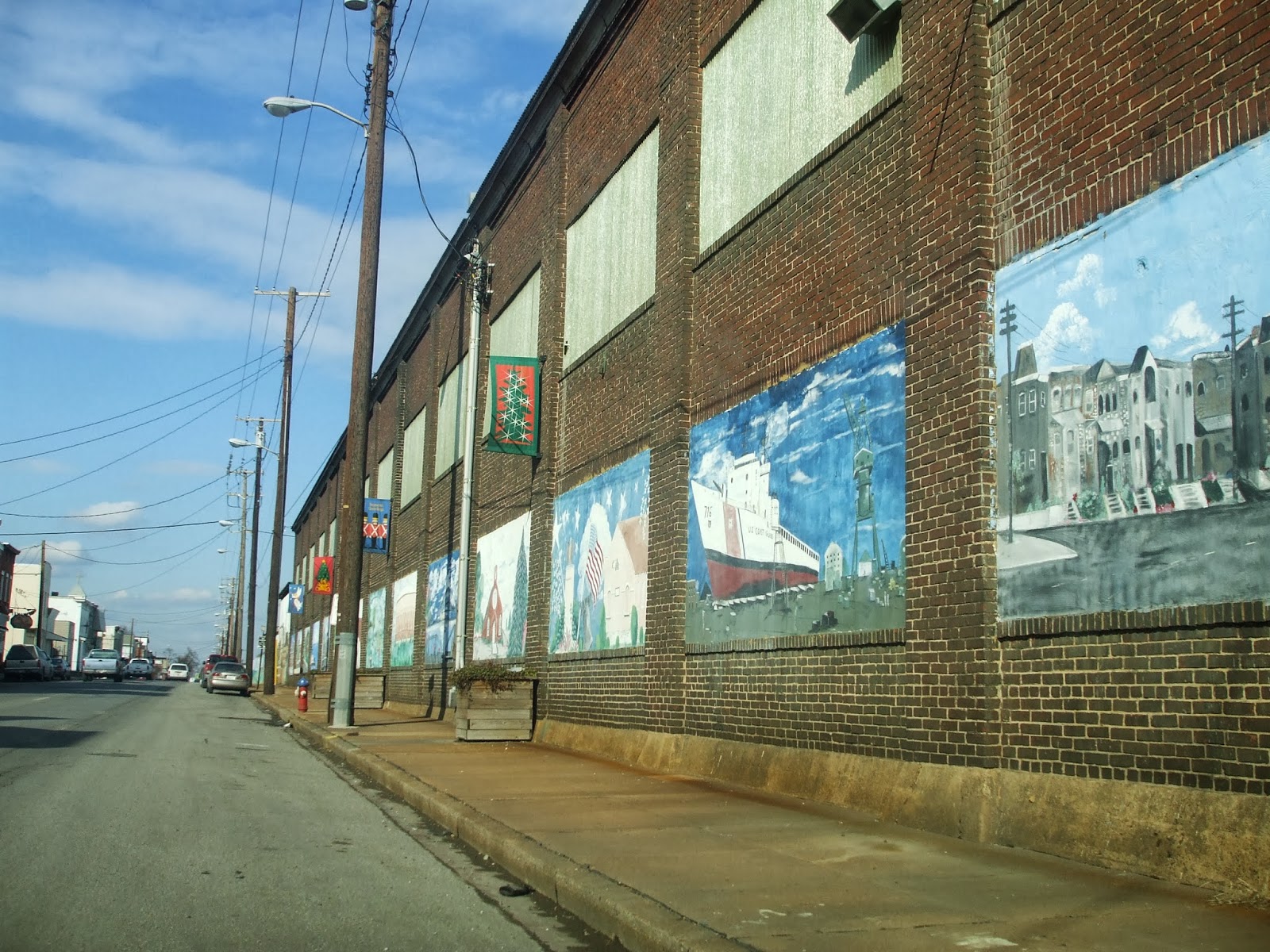 In Howard County I can think of a few parcels of land along Columbia's Snowden River Parkway that could be redeveloped in the next couple of decades; the Sears Distribution Center and the successful Lincoln Technological Institute, a College for aspiring Auto Mechanics. In Jessup, the Maryland Wholesale Food Center is located right next to an under utilized MARC Station that's part of Howard County's Route 1 Revitalization Corridor that could make for prime TOD. I don't want to kick these Businesses out of their current locations and force them into the City I'm merely bouncing around ideas. 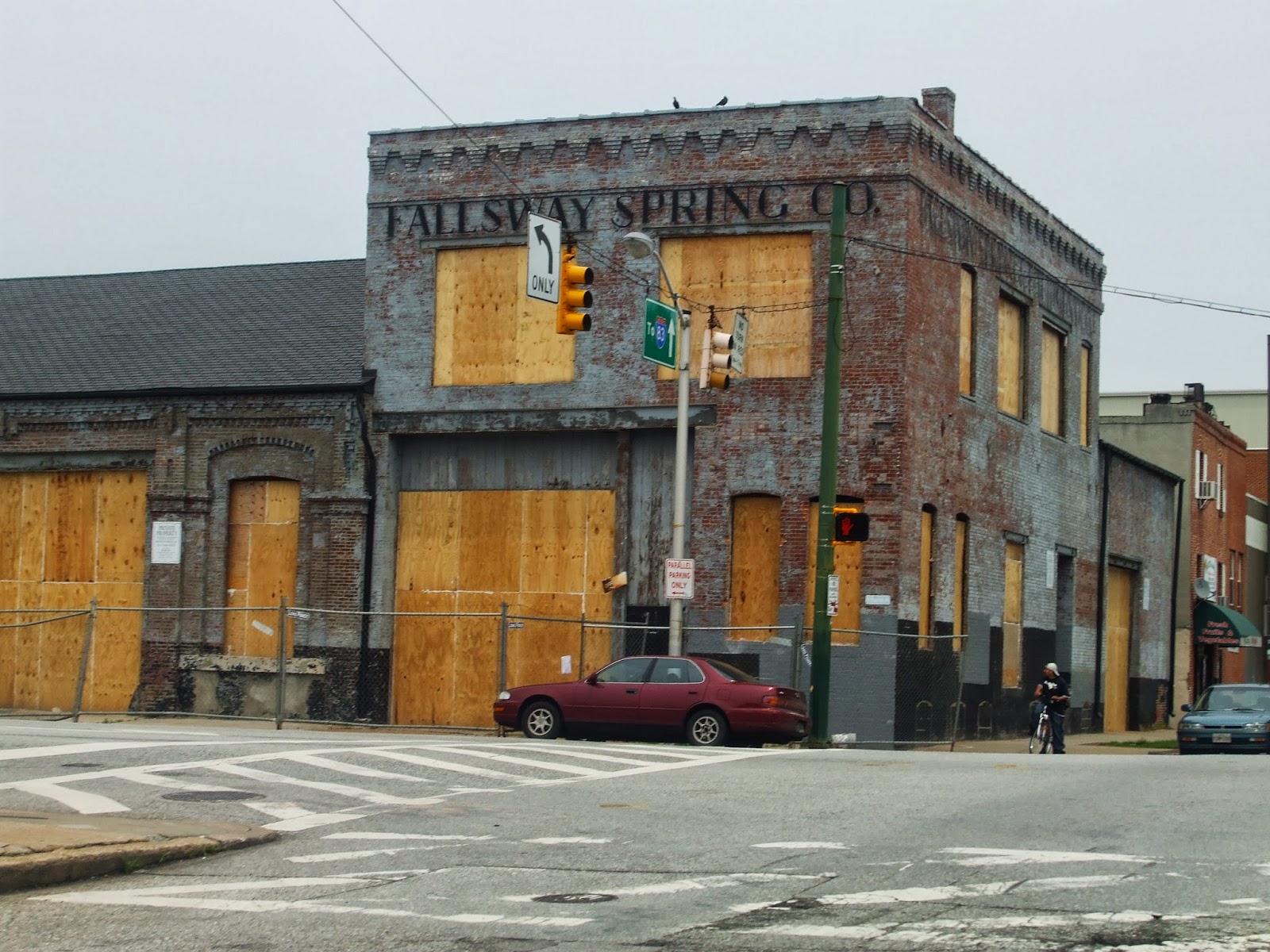 So back to the titular question; How do we bring industry back to Baltimore? The above posts may or may not contain answers and that's of course assuming that there are answers. My apologies for my lacking of nicely flowing Journalism and my back-room think tank style of writing but given how bumpy and unexplored this territory is, I feel it oddly fits the topic.
Posted by Spence Lean at 8:28 PM

It all comes down to money. It's the reason Mercedes built a plant in Alabama & Boeing moved to South Carolina. Industry can come back and would if it could see long term success in Maryland. Can many? Most company's are not fooled by short-term gimmicks with short-term benefits. The cost of labor/unions seem to be a road-block for many. What else could it be? Baltimore has several things going for it; cheap housing, transportation (highways, rail, port, air), proximity to affluent areas (DC, suburban MD/VA), 1.5 hours from Philly, 3 hours from NYC., etc., etc.,. Just not an inviting business environment. I can only dream that some day Unions will reinvent themselves and figure out how to help out business compete while at the same time create a work environment that makes non-union shops/offices jealous. It doesn't appear to be happening anytime soon. Same tired rhetoric, tactics, same results, and Union membership continues to shrink. Politicians and people do have the power to turn things around but really don't seem to care. Hopefully some one figures it out one day.

A commenter above says that "it all comes down to money".and then speaks about companies that located to Alabama

But thats not entirely true. We always hear about factories "going to China". But if you look at Mcormick Spice co and Proctor & Gamble, they moved to new factories that were only about 5-10 miles outside of Baltimore. Wages arent any lower in Harford County or Hunt Valley, than they are in Baltimore.Quite the contrary

And it cant just be about the price of land. You can buy large property lots in much of Baltimore for very cheap. Just check out the property auction sites.

I myself think that the city should try to attract smaller types of workshops and industrial parks . But the city seems to not be eager to attract many blue collar jobs.But instead seems to only want to attract tech and bio-tech jobs

It shouldn't be either or when it comes to Biotech Parks and Blue Collar Jobs. Given the Neighborhoods with high unemployment with Residents ready to work and high number of vacants, I think Baltimore should be looking to lure ALL types of Jobs and shouldn't discriminate.